East3: Always good to interview the fam, I knew Jeskilz since our RSC days, mad cool peoples. Jes, Break down a little about your self and what you represent?

Jeskilz: Hey watup East, hope all is well with you. To tell you a lil bit about myself I was born and raised in Paris, France but started breaking in New York back in 02. Currently residing in Los Angeles CA where I founded Cypher Adikts two years ago,  I’ve been focused on spreading the movement and mentality worldwide ever since.

East3: I’m all good, stay busy and creative!  Thats whats up!  The world is embracing the Cypher Adikts movement! 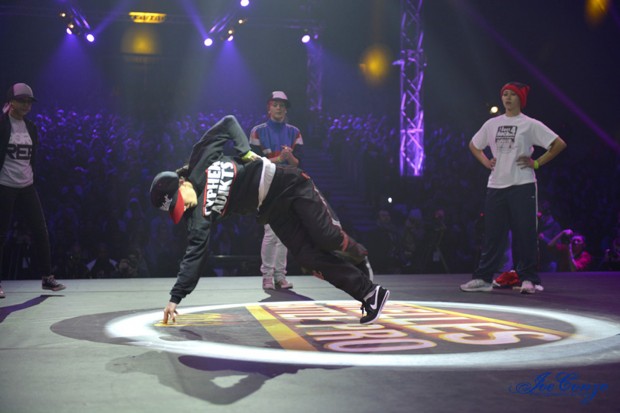 East3:  Describe the moment you became aware of Hip Hop and decided this is the lifestyle you wanted to be a part of?

Jeskilz: Back when i was 16 still living in Paris my best friend in high school introduced me to Thony Maskot an old school cat who taught Funk Styles and Hip Hop history as well, that’s when I became aware of the different elements of the culture. It wasn’t until i moved to New York two years later and made my way to the Bronx at the community center called ” The Point” that i truly became exposed to It. I remember the feeling I got when I saw bboys and bgirls cyphering like it was yesterday! That moment was truly a revelation because from that point on all I wanted was to break and earn my way in the cypher. The lifestyle came along with the passion it wasn’t even a choice for me, I was alone in a different country with no working visa so it was either fully dedicate  myself to it and succeed by becoming a respected Bgirl or just go back home to a regular lifestyle. Let just say the question never even crossed my mind… 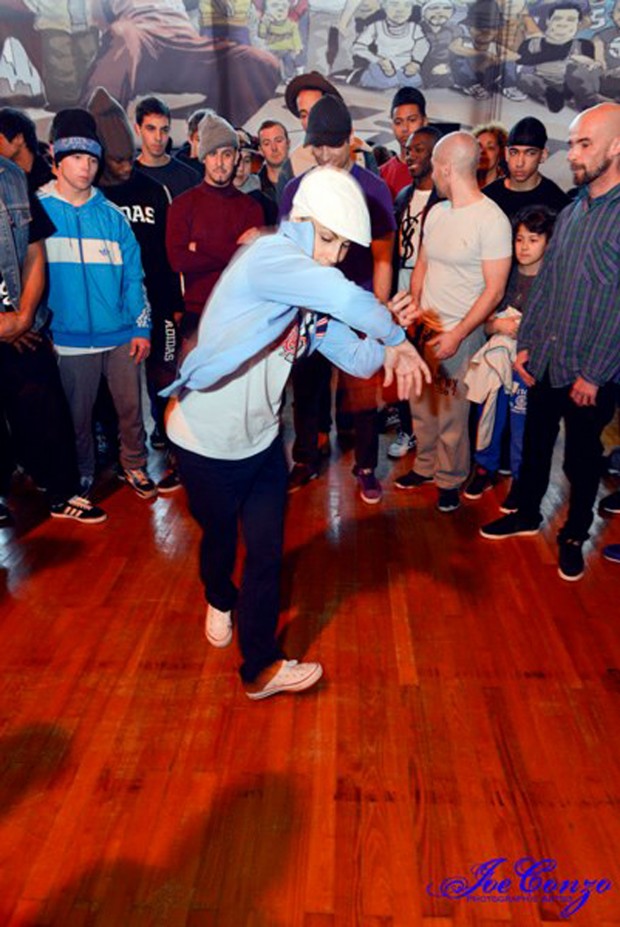 East3:  Who are your greatest inspirations and mentors in Hip Hop that have inspired you to elevate and advance Breaking?

Jeskilz: That’s a tuff one! I’m always afraid to forget someone ahhahaha. No but when it comes to breaking even though Rock Steady was the only crew I’ve ever repped I had the opportunity to learn and be inspired by some of the illest out there and not from watching YOUTUBE! I’m talking about real life experience type of deal. There’s a lot of people and crews I hung out or broke with through out the years that influenced  me a lot but the people that truly deserve the recognition are my best friend Mach3 (SkillMethodz) who was actually getting down in that first cypher I talked about earlier and taught me from scratch.  Alien Ness (MZK) who took me under his wing but treated me equal so that made me want to step my game up all the time. Crazy Legs because of his ability to freestyle and pull the craziest moves out of nowhere under pressure. Smerk!!!! (RTR) This guy was my partner in crime when we both lived in NYC, he’s always been a huge inspiration and made me think outside the box when it comes to style and approach. And lately more than ever Easy Roc, seeing him rep and kill it in the cyphers with young kids all the time shows me that age ain’t nothing but a number when you re doing it right!

I would also like to recognize Paulskeee of Mighty4/MasterCulture for always looking out and taking his time to give me valuable advices. And last but not least Mex and everyone at TheBboySpot for truly going far and beyond in supporting the Cypher Adikts movement and inspiring me to elevate and take further leadership within in the community. 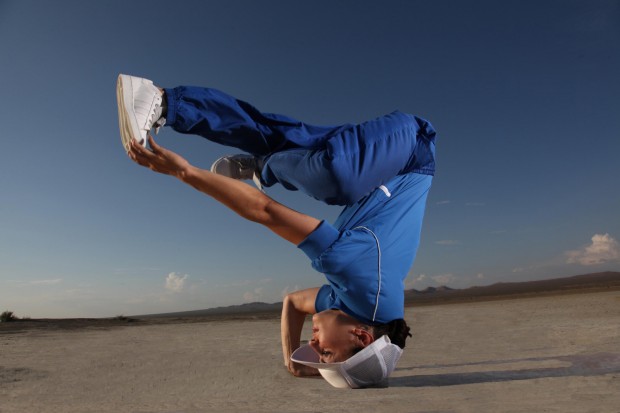 East3:  Can you define what is the differences in style from a Bgirl to a Bboy?

Jeskilz: breaking is an art form there’s no such thing as the perfect body type for it, therefor I don’t believe physical abilities are what create differences. Anyone who takes this dance seriously and respects it can shine through it. you re either dope at what you do or you haven’t figured it out yet but don’t let the boy vs girl theory become an excuse.

STYLE HAS NO GENDER.

East3:  Can you describe your style of Breaking? What makes your style unique?

Jeskilz: My style is raw I go straight to the point. I base everything on how I do it instead of what I do. When i break I like to make it look effortless so flow and form are mad important to me rather than technicality. What I think makes my style unique is my approach to the dance, I don’t limit myself by putting boundaries in the way that I rep and carry myself in the community. 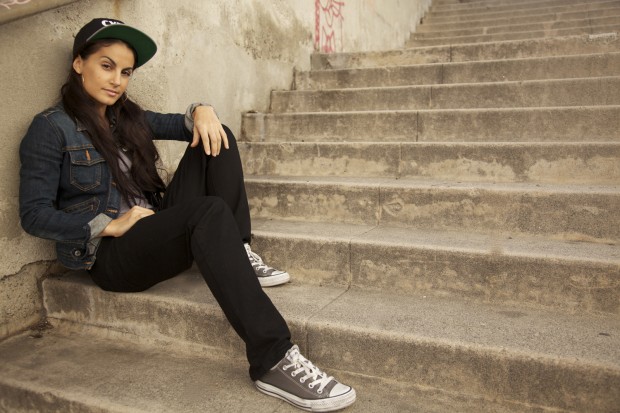 East3:  What’s ‘Cypher Adikts’ all about?  How did it get started and what is the goal for the vision in 5 years?

Jeskilz: The name speaks for itself, it truly is a lifestyle on it’s own and anyone who lives it can relate. I came up with the vision of Cypher Adikts around 06 while still living in New York. Back then I was already getting heated by the hype over competitions and how it was supposedly the “real” way to rep and prove you’re the “best”. But in my mind I thought the only reason why competitors get the shine is because of the stage, great lighting and cameras but if everything we do in the cyphers was being recorded the world would see what our culture is truly about and who truly preserves the essence. So for years the idea stood in my mind but I was too caught up focusing on myself to make it happen. The jam Cypher Adikts became a necessity to me once I moved to LA, I had a hard time adapting to the scene and mentality out here to the point where I wouldn’t even want to support it. Seeing myself slowly drift away from it made me want to take actions and create my ideal jam. 2 years ago with the help of Ervin Arana (official CA dj) and Koolski (Host) I threw the first Cypher Adikts in LA.

Raw circles, dim lights, no judges or music interruption is what C.A is all about, we re taking the dance and culture back to it’s purest form. Everyone who shows up is put on the same pedestal so it’s on you to rep and stand out.  But most of all this jam is all about having fun!

After a year of C.A. staying local people from different states started to reach out about bringing the jam in their own city so we hit up places like Vegas, Florida, Chicago, Texas etc… We had no idea Cypher Adikts would become a movement spreading around the world.

With in the next 5 years we want to keep traveling, connect and share the experience with as many individuals as possible so that the balance between the competitions and cyphers can be restored and hopefully inspire many people to keep dancing out of pure love and not just for the trophies. 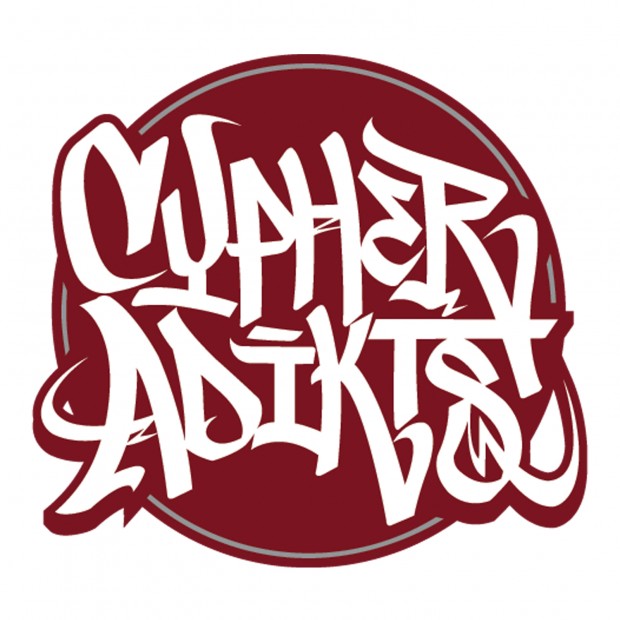 East3:  How do you feel about the bboy/bgirl scene as a whole (cypher, events, music and style)?

Jeskilz: For a while I wasn’t feeling too good about the scene because of the reasons I mentioned earlier but right now things are starting to change in a positive way. It seems like we’re getting to understand how important it is to be united and help each other in order to see our community grow so I’m seeing a bright future ahead.

East3: Do you get inspired by other art forms of Hip Hop such as a fly Piece by a Writer, a Turntablist set or a Emcee at a show?  I get inspired watching and supporting  Bboys, Emcees and DJs and often draw what I see, do you infuse your inspirations into your dance?

Jeskilz: My biggest regret when it comes to Hip Hop culture is to be limited to one art form, at the time I started it seemed like people were specializing in one element rather than embracing all 4. I love breaking but if I could go back in time I would study it all. They say it’s never too late to learn who knows… But yea any artist mastering their craft  inspires me to excel in what i do for sure. 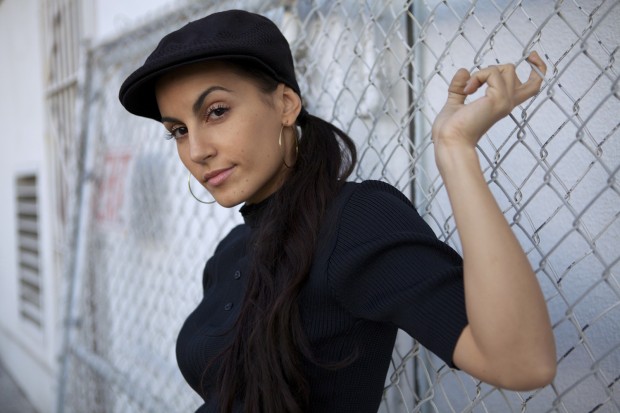 East3:  What is your greatest moment within the culture that you have experienced?

Jeskilz: Thanks to this culture I’ve been blessed to being able to experience so much! Battle some really dope Bboys & Bgirls in the cypher and competitions, perform on the streets, on Broadway and in movies, teach, judge and learn from people around the world and also reped the Rock Steady Crew for 7 years so i have a lot of amazing moments in mind but my greatest memory so far is from the first Cypher Adikts, while the jam was going down i caught the craziest moment of happiness from watching everyone  having so much fun and that’s when I realized I wanted to commit to it and keep that feeling going.

East3:  In your opinion, do you think the culture needs to preserve as well as expand into “new” elements in order for it to grow & progress?  If so, can you share some thoughts/ideas?

Jeskilz: We must preserve our culture in order for it to grow. The way we can do that is by truly support each other and create our own opportunities instead of waiting for people on the outside that don’t really know what it’s about take control over it. We have so many talented individuals in our community but many use their influence and popularity for self growth. Comes a time when you have to ask yourself ” How can I give back? ” because if you re not contributing aside from getting your name out there and benefitting from the culture then what difference are you making? Hip Hop has always been about bringing something fresh to the table, ask yourself what’s needed in the scene instead of what’s popular and work towards achieving it.

East3:  What are your current as well as future plans for Cypher Adikts?

Jeskilz: Earlier this year we celebrated the Cypher Adikts 2 Year Anniversary, we had a blast and it was the perfect way to start off the year. 2013 is looking good we recently took it to Asia as part of Culture Shock Hip Hop Week and San Diego, next stop is Montreal, Orlando, Slovakia, Korea and many other cities/countries in the works, for more info and updates check www.cypheradikts.com/events/ . As far as the future, time will tell 😉

Jeskilz: Always a pleasure building with such talented and humble artist like you East, your support is very much appreciated and I’m looking forward to collab with you again in the future.

East3:  Mahalo Nui Jeskilz!  You are truly one of the realest in the scene, bless!  You know that collabo going down for sure…comin soon!

A major thank you to the five people who truly helped me bring Cypher Adikts to life when it first started: Ervin Arana, Koolski, Crissy B, Khalid and Deby.

The illest shout out goes to everyone that’s been representing the Cypher Adikts movement, To all the promoters that have made it possible for us to take the jam to their city/country, to anyone who supports by rocking the gear & of course everyone that has come to get down at the jam. Cypher Adikts wouldn’t be what it has become without you guys. Thank you!