Shout out to Brooklyn native, Joey Bada$$, who recently dropped his debut mixtape project “1999“.  He used one of Freddie’s track, “Waves,” for the mixtape and shot a video for it as well.  It’s been kind of a crazy moment for us because the video is now being featured and getting a lot of play time on MTV2.

I don’t know too much about Joey Bada$$ but apparently he’s been making some noise in New York.  We’ll see what happens and who knows, he might turn out to be the Kendrick Lamar of East Coast. 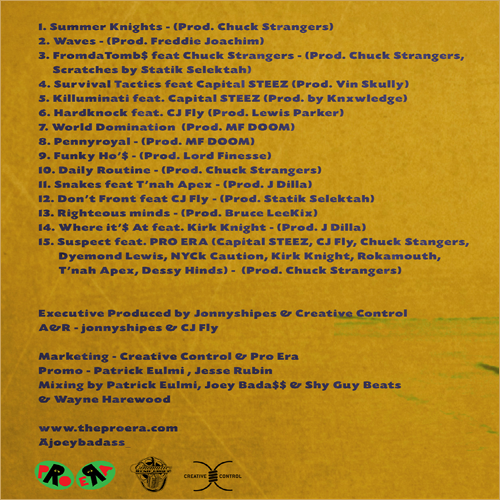 Hope you guys dig it.  Peace.  Click HERE to download the mixtape.
Note: MTV should bring back “YO MTV Raps” and call it a day dun!