It’s the kind of event which attracts the world’s most talented drivers.  With smooth flowing, cambered roads the Rally New Zealand is a favourite with the drivers. Of course before the main course a slight appetiser is on the cards.  Bon apetite! 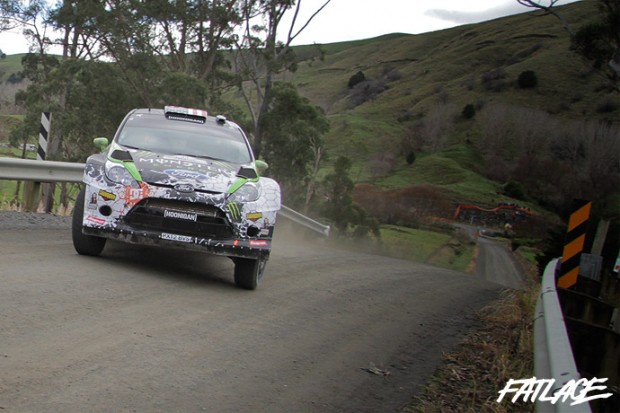 Ken Block showing his ‘hoonigan’ style managing to get sideways over a blind crest while going in a straight line! 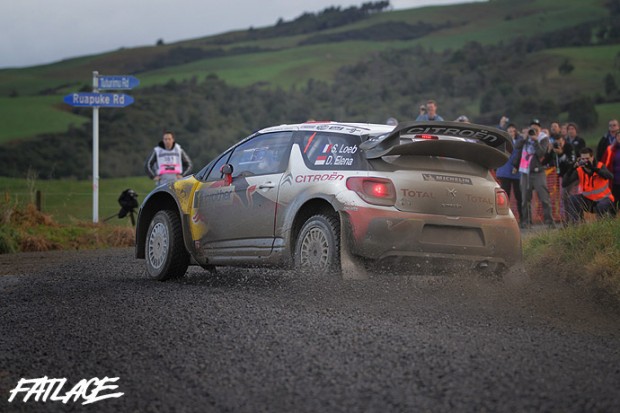 Prior to his utter domination of the X-Games rallycross competition, Sebastien Loeb was here stamping his authority on the gravel of New Zealand. 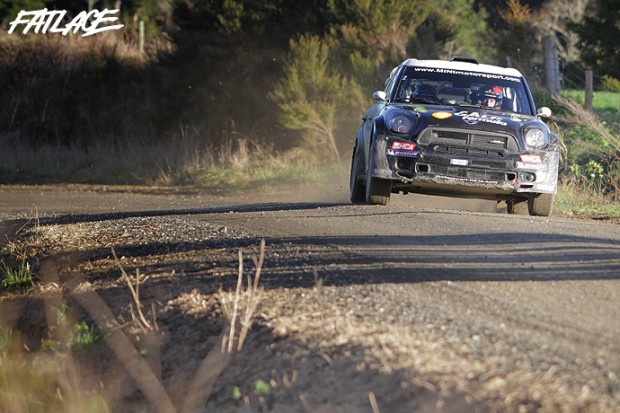 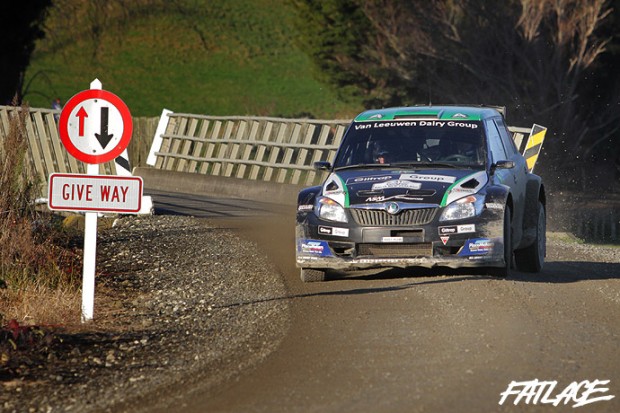 New Zealand talent Hayden Paddon was behind the wheel of his Skoda Fabia s2000 and was amongst the lead group of WRC cars despite being in the undergrad class.  Driving by the seat of your pants right there. 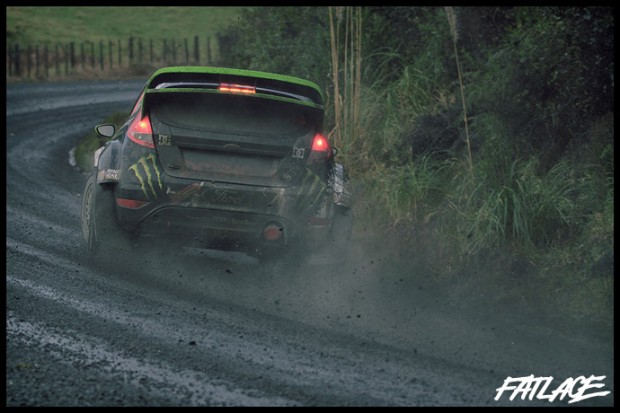 WRC drivers pedal-work is like that of a ballerina, left-foot braking, feathering the throttle, and constant dancing on the pedals.  Throw in some wet slippery gravel and you really have a show. 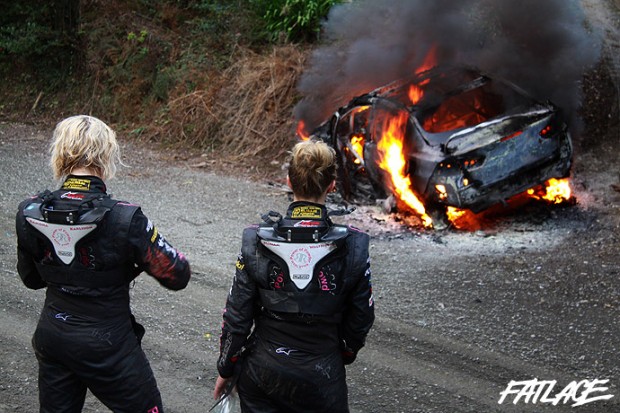 Of course this is exactly what every driver dreads the most.  Ramona and Miriam had to sit by and watch their PWRC Evo X burn to the ground after bailing out at speed when the car caught fire mid-stage.