Purchased in 2003 with only 18,000km on the clock, Kris Frome’s 1998 R34 GT-T Skyline had big plans in store for the future. Kris spent the following years putting countless hours into the R34, creating his ideal show car that became one of the top cars for Pioneer, travelling around Australia and winning countless awards. With massive wheels, scissor doors, custom leather interior covering every square inch and more sound gear than you knew what to do with, the R34 was a striking build.

Come 2009, Kris had finished his project and was looking for a new way to enjoy his R34. The next step was not what you could call a natural progression, but Kris decided to try his hand at drifting and rocked up with the car still in it’s full show trim on a set of Enkei GTC01’s. 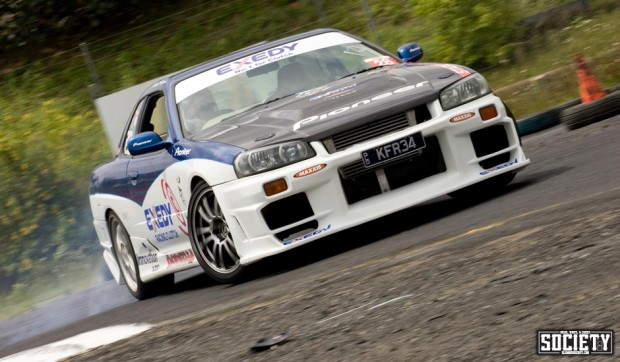 This received mixed reactions, with many wondering why you would put a car through such abuse after spending so much time and money building it up for show. With little care for public opinion, Kris found his place in the sport and quickly became adept at the art of zip tie repairs as he punished the low body kit on the car. Having competed for two years, slowly removing the stereo and interior from the car to reduce weight, Kris has gone all in for 2012 as part of a three car team. 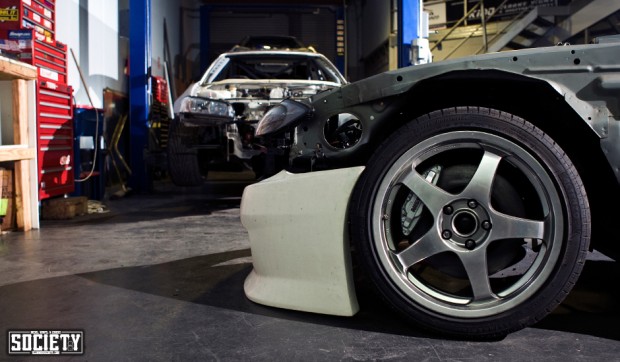 Stripping the car bare, Kris is attacking the build of his drift car the same way he did with his show car, not leaving anything to chance. 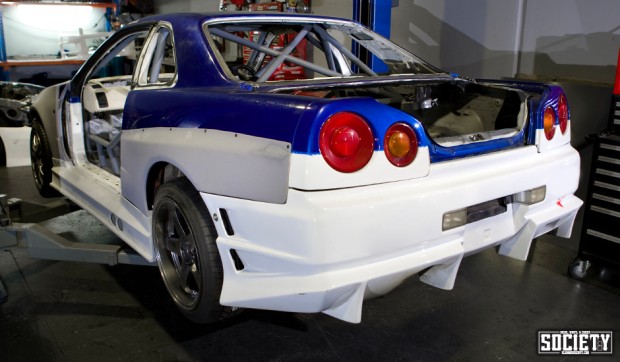 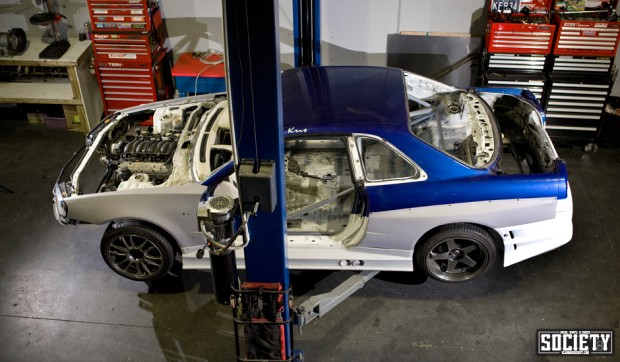 Not content with just basic mods, metal is being removed without remorse. The body is being pumped with front and rear tubs and Z-tune guards up front and GT-R over fenders on the rear. 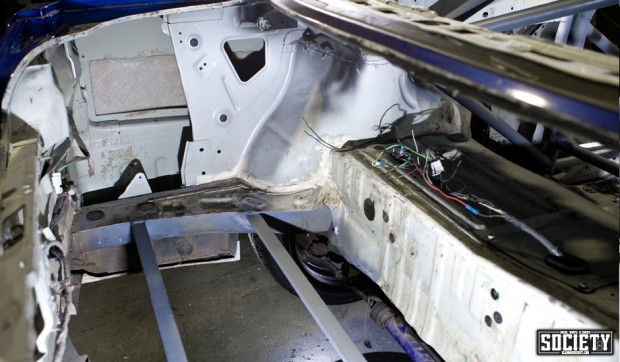 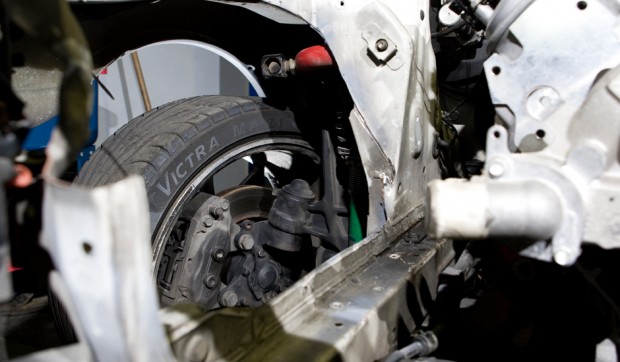 To maintain rigidity and for added safety, an 8 point roll cage has been fabricated. The leather dash remains as a tribute to its show car heritage, but there is little else to remind you of the past life of this R34 in the now bare interior. 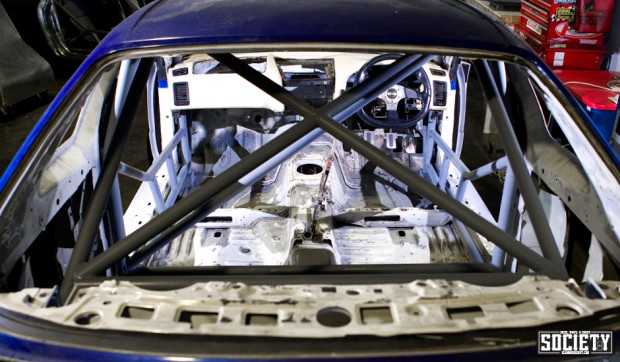 The build is still in its early stages, but this is one of my favorite parts as you watch a plan coming together. Kris is at the workshop night after night putting in the hours to get the car on track. 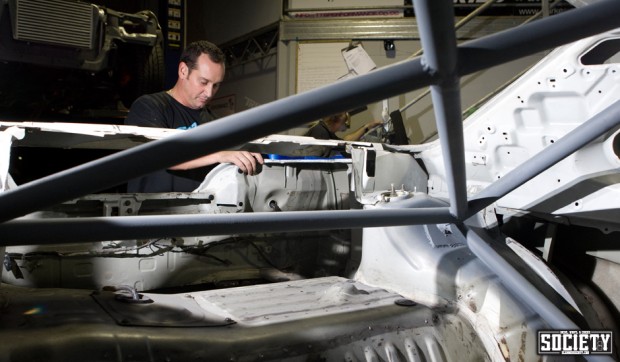 Always a point of contention for JDM loyalists, the choice to go V8 is not one taken lightly, but the RB25 has been ditched in favor of a 5.7L LS1 V8 for easy, consistent power. 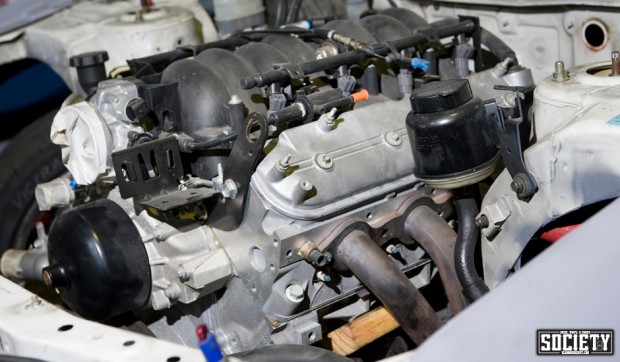 This is just a first glance and is only one part of a three car team being built at TTS Performance on the Gold Coast. I look forward to following the progress and taking a closer look at the other two cars currently under construction. Most importantly, I can’t wait to see these cars hit the track! 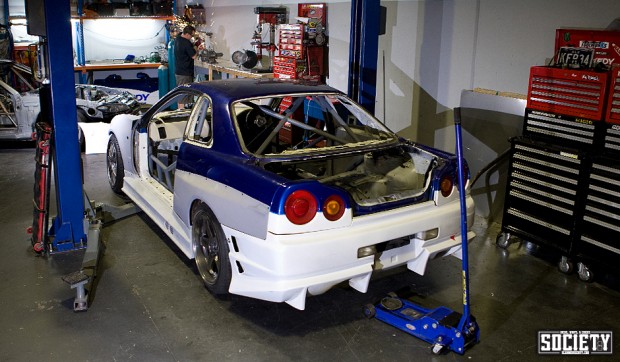 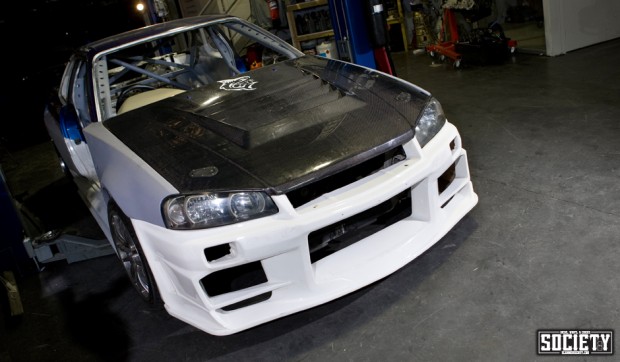 Thanks to Ivan from TTS Performance for his support with the build.