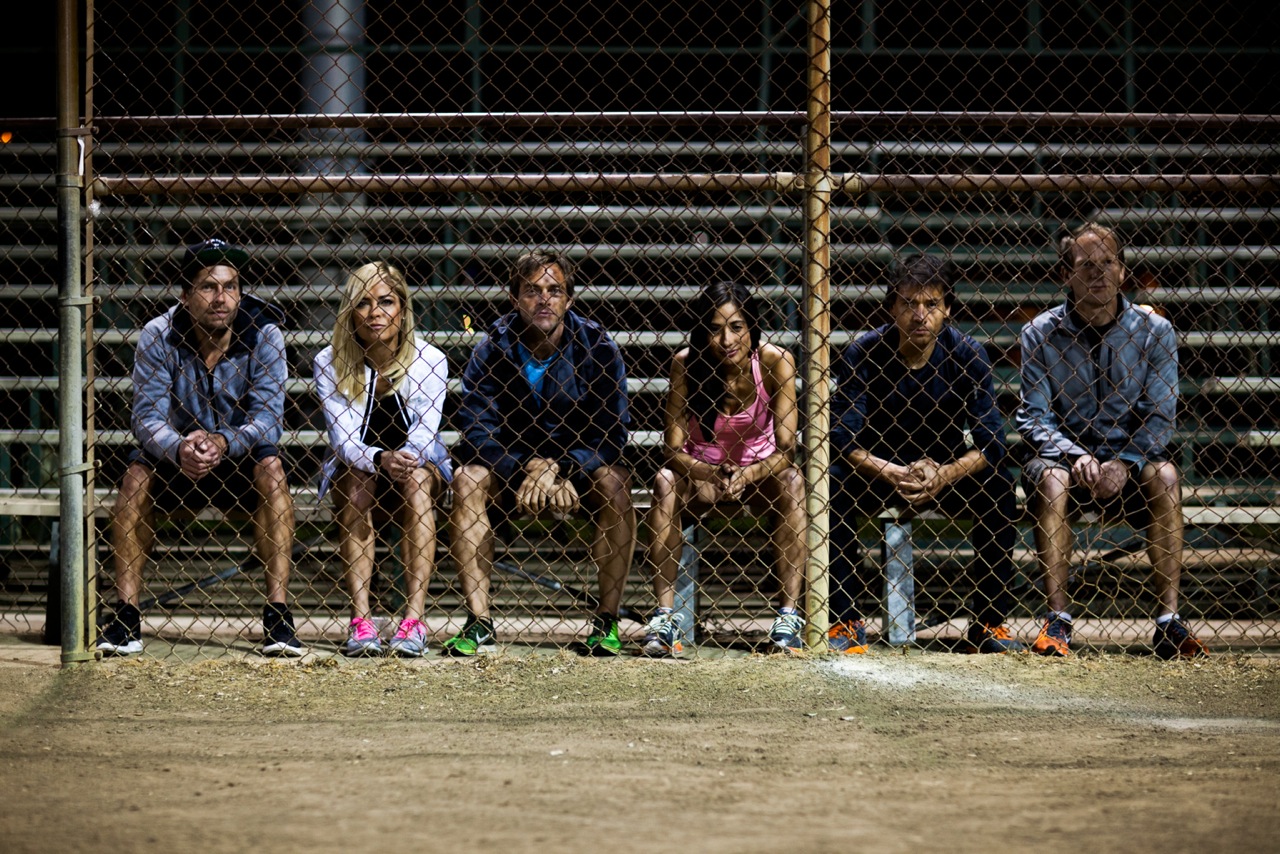 This Friday, an unprecedented relay race will test human conditions as never before. 6 elite runners from Los Angeles embark in a 340-mile relay race in 45-50 hours straight, having the Las Vegas strip as a finish line.

The Los Angeles Speed Project (LASP) is a team of Los Angeles’ fastest and most extreme distance runners. Elite level runners with everyday jobs and lives and no excuses, just the will and spirit to push each other to the top, or break each other along the way. The LASP was founded by Blue Benadum, Creator of the Malibu International Marathon.

Two chase vehicles, an RV and a sprinter van camera crew will escort Blue Benadun (Malibu), Cynthia Zarate (Carson), Crispin Lazarit (South Central), Chauntal Lewis (Oxnard), Shawn Waco (Los Angeles) and Nills Arend (Los Angeles) from the Santa Monica Pier to Sin City. The Speed Project is a race documentary will explore what drives runners, their fears and how to overcome them. The documentary will capture the 6 runners face not only running on the road during the night, but also crossing the desert and running up to 5550 feet of elevation.

Stay tuned for the documentary and be sure to follow @thespeedproject to learn more about this amazing feat that hopefully inspires others.

Find out more about these individuals:

Blue Benadum,
Age: 33
Grew up: Durango, Colorado and Malibu, California
Work: Cross Country/Track and Field/Marathon Coach at Windward High School.
Event Director/Creator Malibu International Marathon
Why run: “To inspire myself and others. For health, fitness and happiness. To hang with friends in motion. For the adventures that come with it. For post run coffee!”
What got you into running: Blue started running as a teenager because of his love for Bob Marley. Inspired by Bob Marley’s idea of taking periodic “disciplines in the stamina,” Blue created his own “discipline” through running. Once he started, he never wanted to stop.
Main running goals:
• To continue becoming a better runner through better form, faster paces, and smarter training.
• To qualify for the 2016 Olympic Marathon Trials.
• To spread the joy of running to new generations and people.
Favorite non-running Activity/Hobby: Relaxing over Coffee, Surfing, Yoga, Adventure and Travel

Cynthia Zarate,
Age: 34
Grew up: Carson, California
Work: Consultant at Lupus LA
Why run: Long distance running gives her the opportunity to test both her mental and physical strengths
What got you into running: Running has always been a part of her life
Main running goals:
• To continue to dream big with running, while trying to find her physical limits
Favorite non-running Activity/Hobby: Drinking coffee in the sun

Crispin Lazarit
Age: 38
Grew up: South Central Los Angeles
Work: KMD Architects
Why run: To show people that anything is possible through hard work and determination
What got you into running: The belief that he could be more and could do more for the world through running
Main running goals:
• To qualify for the 2016 Marathon Olympic Trials
• To inspire and help people find their physical limit
Favorite non-running activity/hobby: Photography

Chauntal Lewis
Age: 28
Grew up: Oxnard, California
Work: Model and fitness ambassador
Why Run: To improve her way of life and increase her self esteem, through newfound strength and independence.
What got you into running: A natural love for running and an involvement in various different types of sports as a child and into adulthood.
Main running goals:
• To motivate, support and encourage people with or without physical disabilities to pursue active lifestyles through physical fitness and competitive athletics
Favorite non-running Activity/Hobby:

Shawn Waco
Age: 41
Grew up: Los Angeles, California
Work: Visual Merchandising, Artist
Why Run: To explore the vast terrain he has never seen before, as well as seeing how far he can push himself to overcome physical limits.
What got you into running: Shawn was inspired to run by his parents who were both competitive runners and cyclists. He was the top runner for his high school where he set the mile record at 4:32
Main running goals:
• Run the 2013 LA Marathon in 2:40
• To reach the 2016 Olympic Marathon qualifying time
• Set a really fast 5K and 10K time
Favorite non-running Activity/Hobby: Viscosity Etching. An advanced technique of print making which showcase urban landscapes

Nils Arend
Age: 33
Grew up: Grew up in Germany, Africa and Switzerland
Work: Founder, Optimist LA
Why Run: He loves the simple challenge of the human body and mind
What got you into running: Moving around often as a child prevented Nils from participating in organized team sports, so he took up running instead
Main running goals:
• Run a sub 6 min/mile marathon
Favorite non-running Activity/Hobby: surfing, riding my fixy, wakeboarding, snowboarding