Lexus has teamed up with fashion designer, John Elliott, to launch the first-ever 2019 UX, with the “Sole of the UX” – custom tires inspired by the John Elliott x Nike AF1 shoe. The tires have been reimagined to look like the Nike Air Force one silhouette in a clean and modern all-white finish. 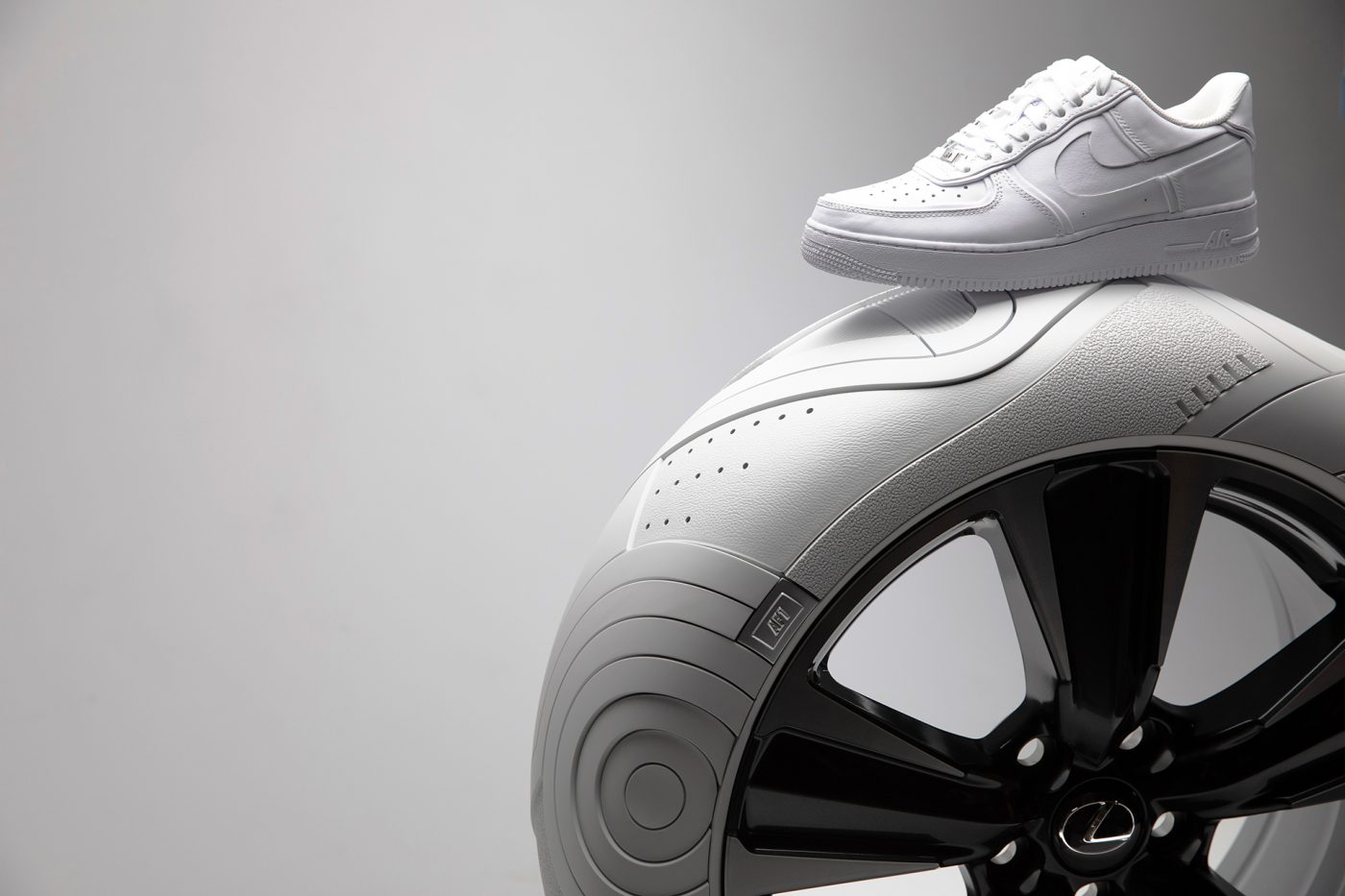 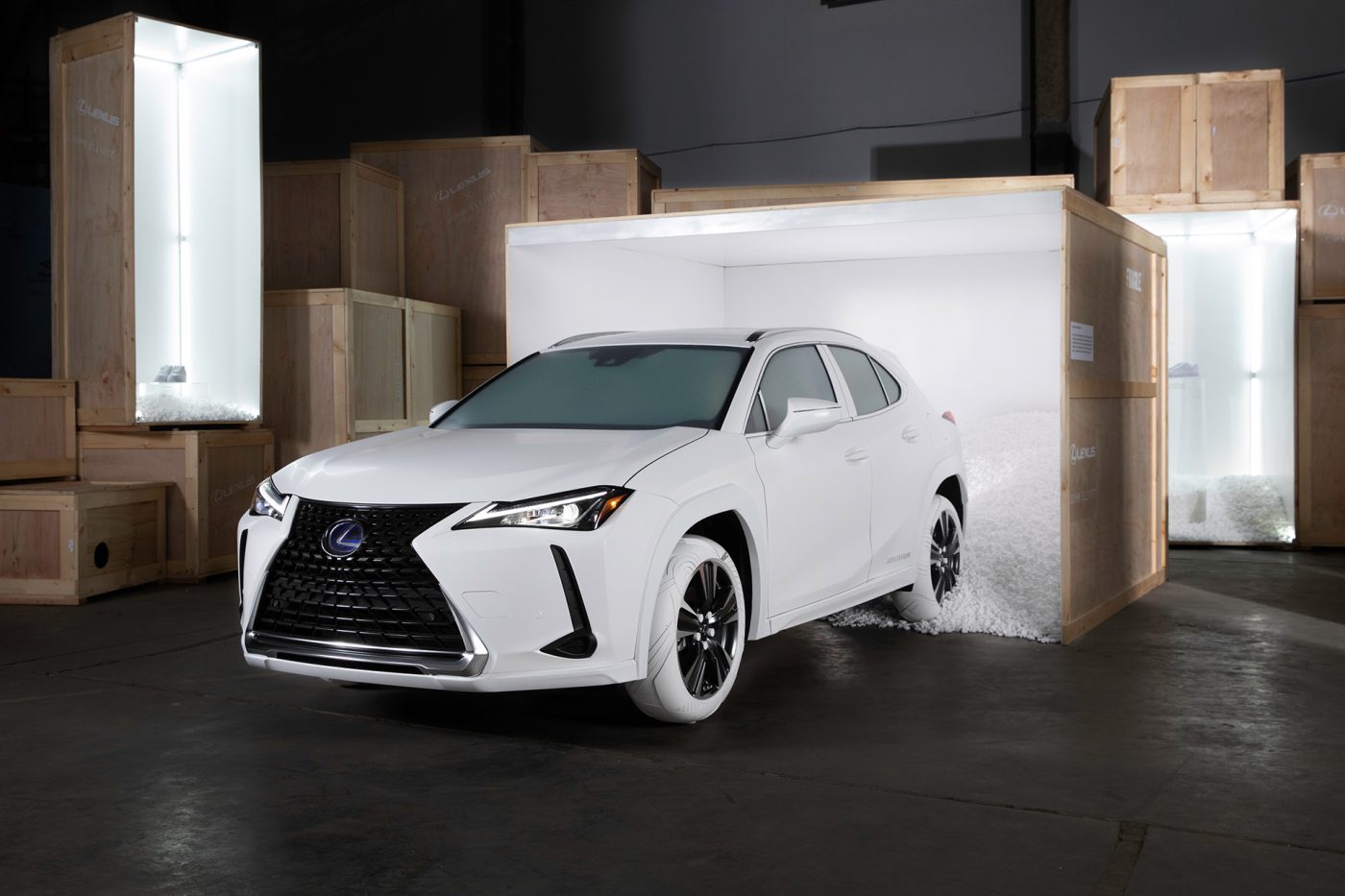 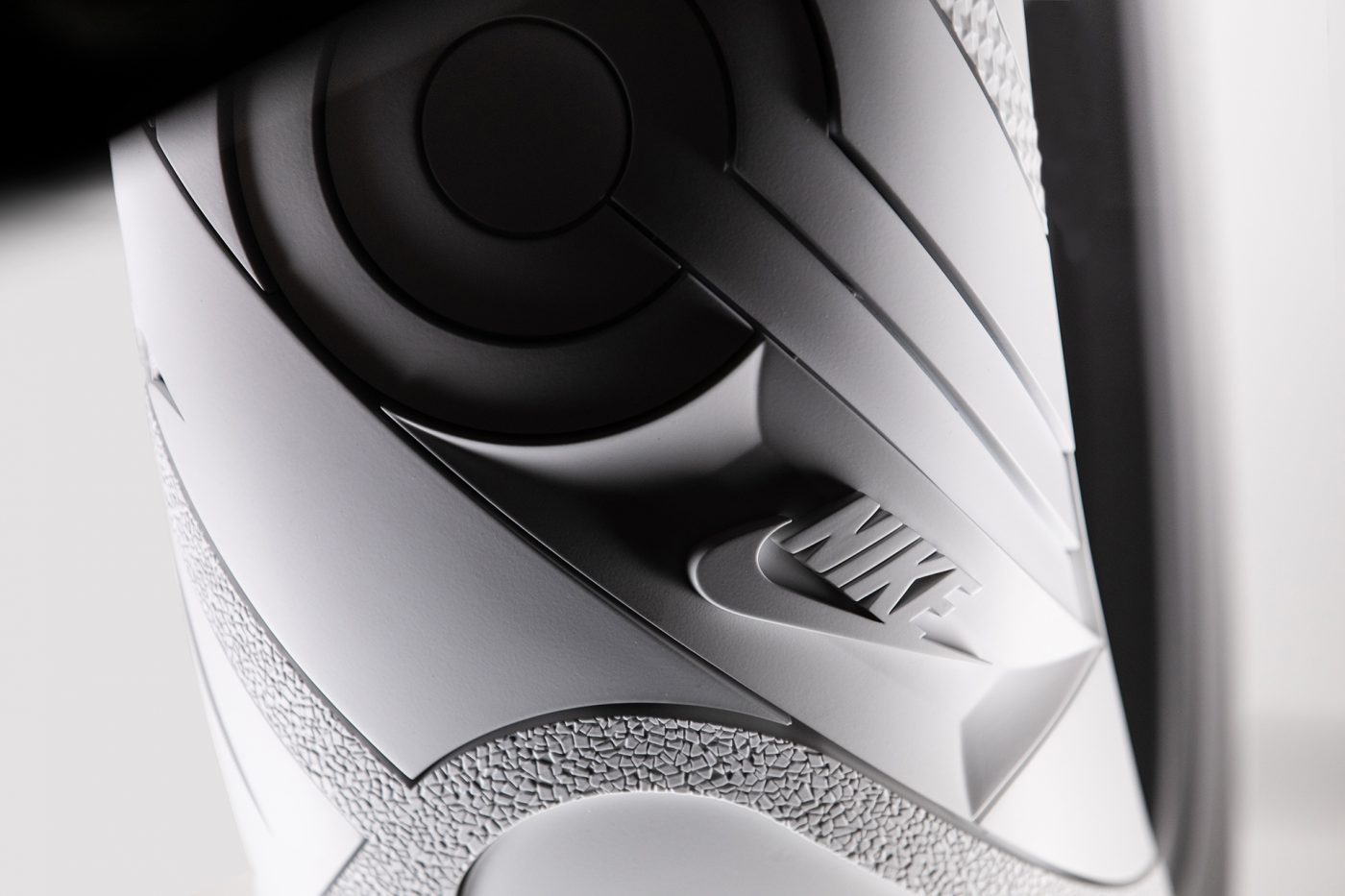 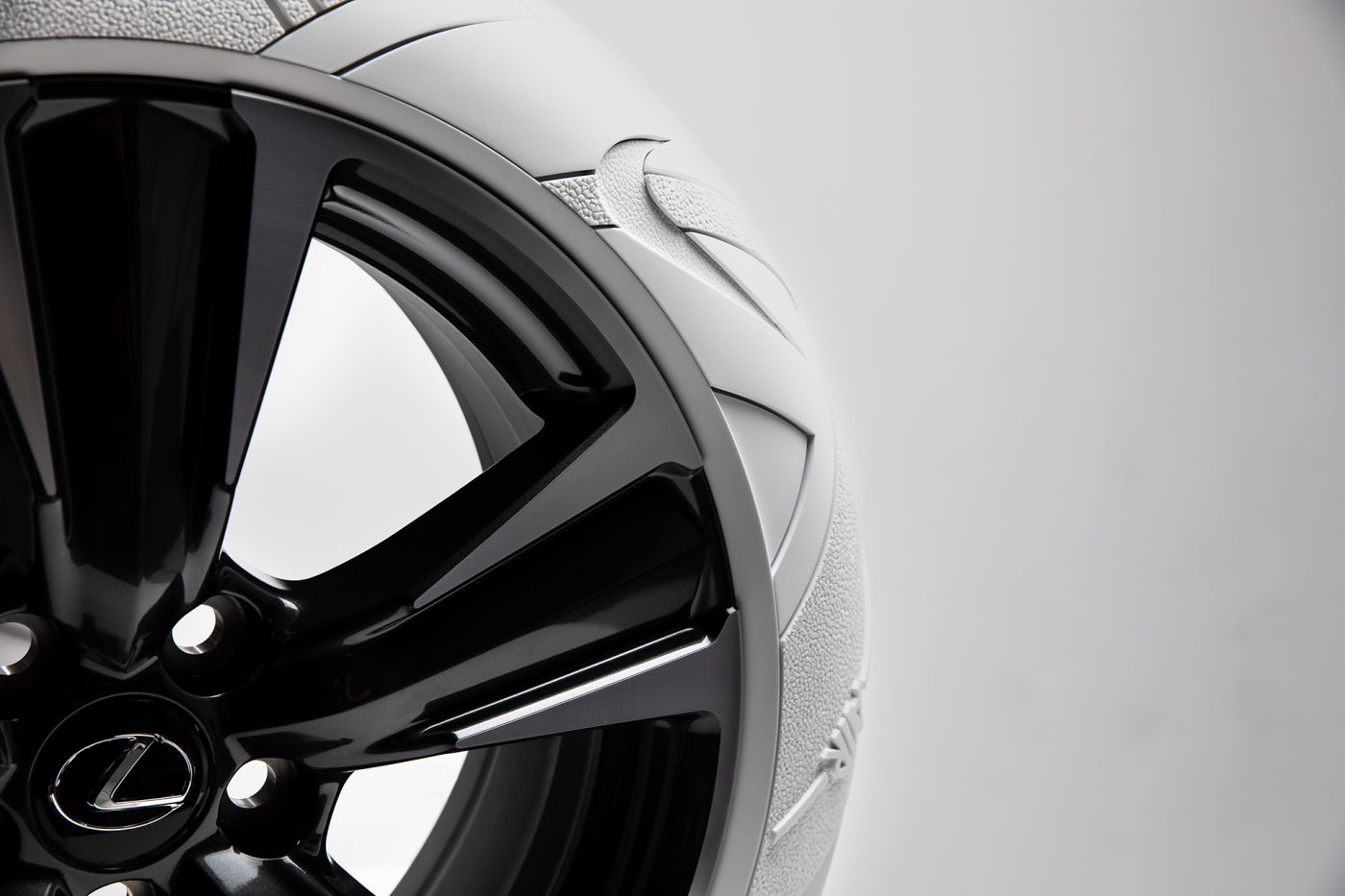