We have been following the build of Monster Energy drifter Rob Whyte, as he and his team created their ultimate 350z.

If you missed the start of the story, you can check them out here: Part 1 and Part 2. 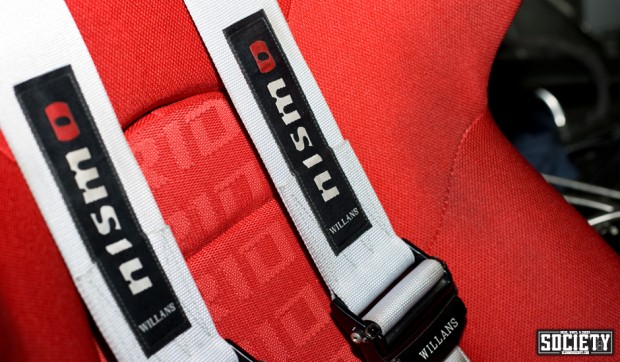 The build is finally complete and here is a look through the finished product. 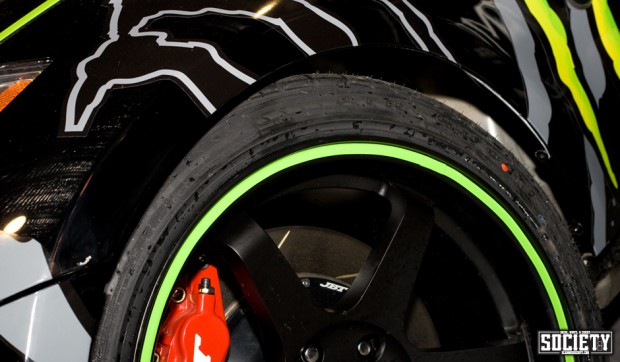 There are a few things that make this build a little left of center. To begin with, the VQ35HR was sourced from Nismo and being a high compression engine, not really suitable for forced induction… unless you get some serious fuel in. 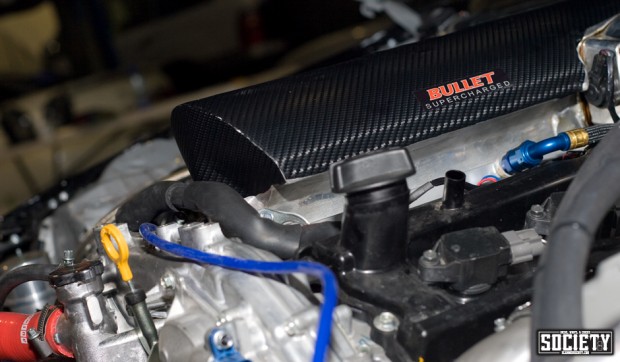 With no guide to create this beast, the team at Bullet Cars were working from scratch. Every new component was designed and custom built in house. Taking the car from a twin throttle to a single, the custom plenum was designed, that sits just above the height of the Seibon Carbon bonnet. The Rotrex Supercharger is one the largest available in their range, but at this stage is only pushing a mild 8PSI into the engine. When this was combined with 108 octane E85 racing fuel and 4 degrees of timing, the zed developed 487HP at the wheels and a mind blowing 1600Nm of torque. 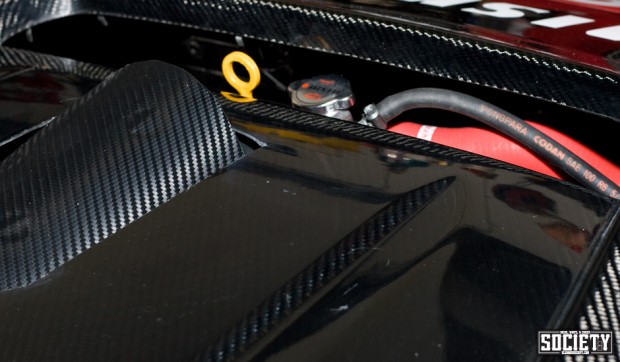 Inside the cabin, it is all very straight forward, with a Racepak dash covering all of the engine’s vital signs. 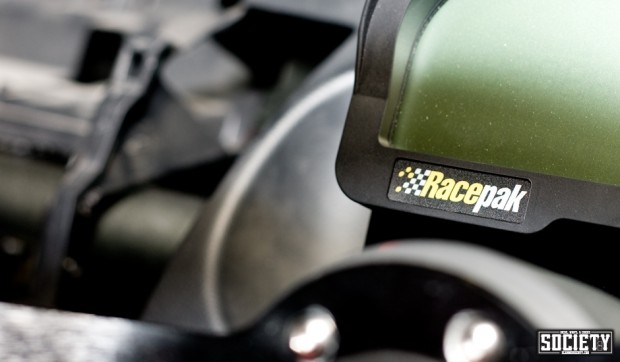 It is a very minimalist interior, with only the absolute necessities at hand. 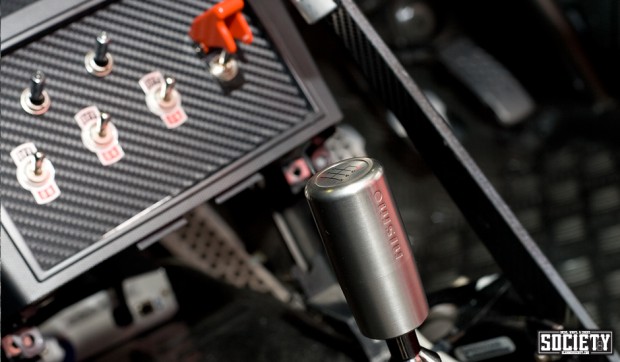 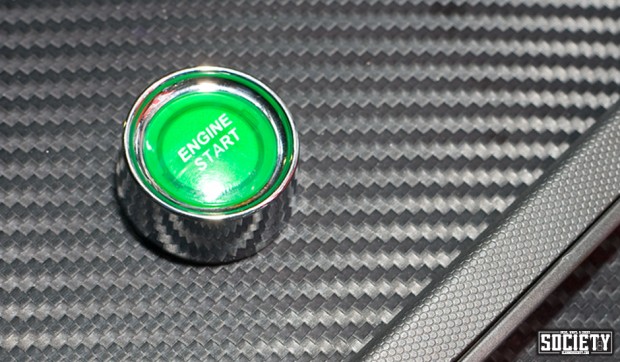 The shots below are from the very first shakedown, as the build team waited nervously to see the car in action. 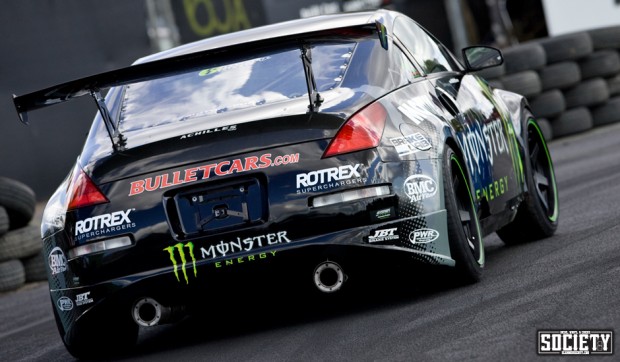 After a few gentle laps and checking to see the data was safe, it was on. 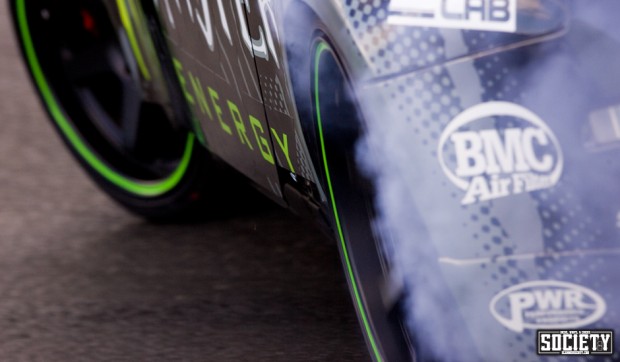 We took the opportunity to get a few shots of the finished car on track, completed. 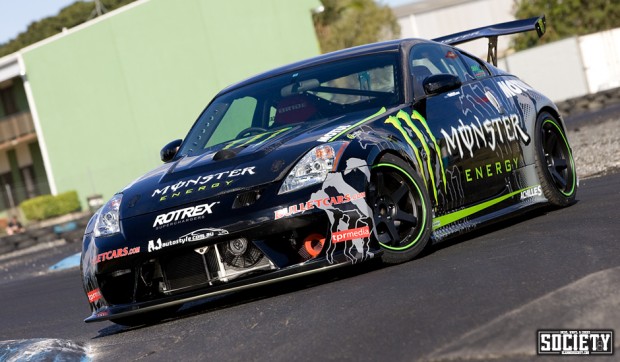 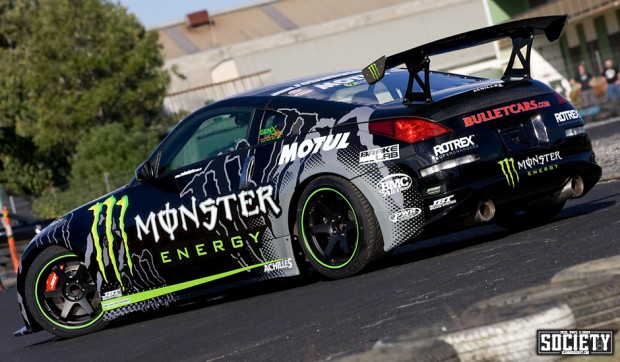 Whenever you are debuting a new car, it is always a big moment. The team found the biggest moment in the calender for the year, as they rolled out the car for the very first time at Ken Block’s Gymkhana World Tour. Rob was invited to drive the 350 at the event and with less than 10 hours of track time in the new car he did the rest of his shakedown at full throttle in front of a packed crowd. Is there any other way?

With the zed having only been on track a handful of times, this story is only beginning. But I want to leave you with one final image from testing. The only way a drift car should be shown, sideways and baking. 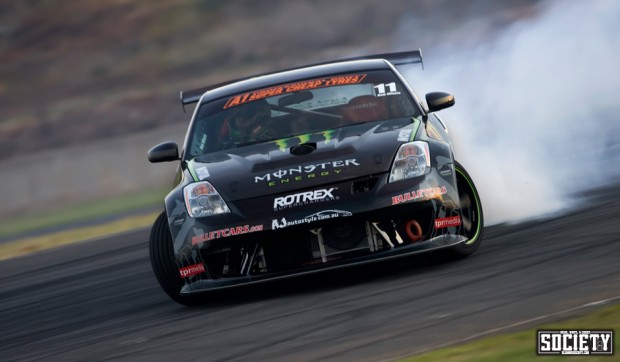