I think I’m going to break this one down into 2 parts just cause what I’ve experienced as a motorcycle enthusiast probably will never happen in ever again in my lifetime. See I was hit up by Chris Hull from Alpinestars in a very discreet IM saying, you in? In what, I say.. In for the double seater at Laguna Seca. I without thinking say HELL YES.

So as we arrive at the track, I pretty much sign my life away, suit up and then realize, what the hell am I doing? Im about to take a ride with the infamous GP Rider Randy Mamola. The same Randy Mamola who during a race and running in 2nd does a stoppie in front of the crowd to only join back in the race and take 2nd place.

As I was talking to Amrafel I realized I was about to jump on this bike and go fast. I think we hit 170 mph but I could be wrong. All I know is I had to hold on real tight, lean right when he leaned right and lean left when he leaned left. If I forgot to do that, I’d probably be lying down on the track somewhere. lol.. Anyways, onto the photos. 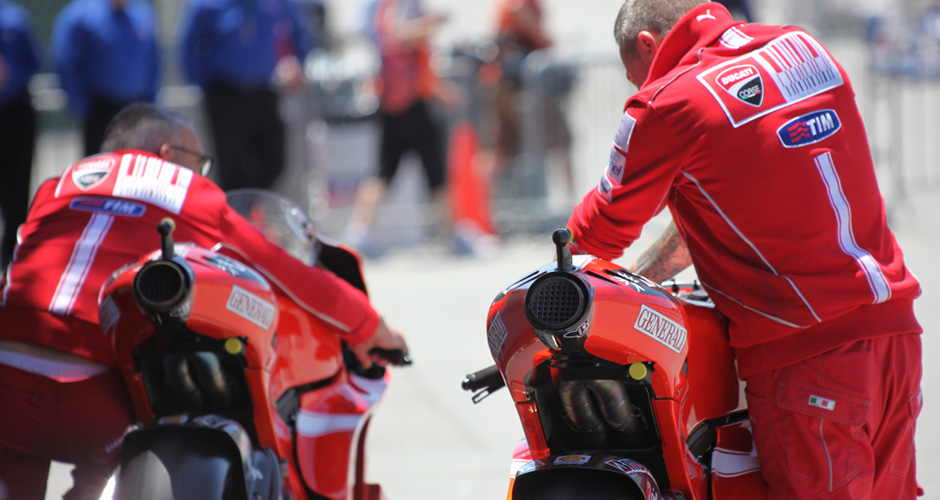 Before the jitters seeped in. 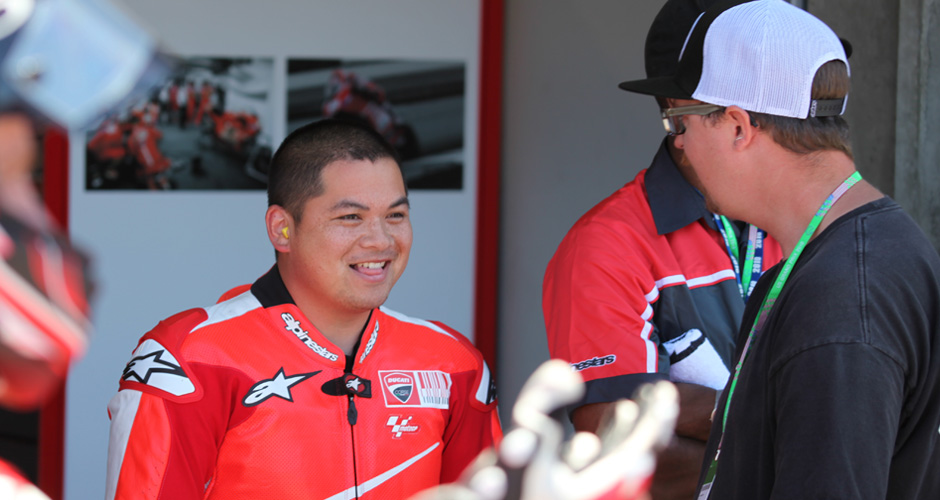 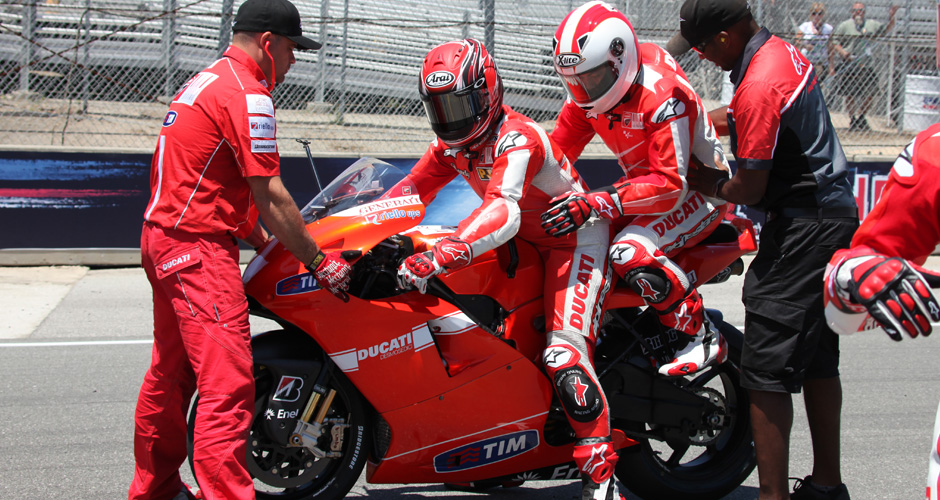 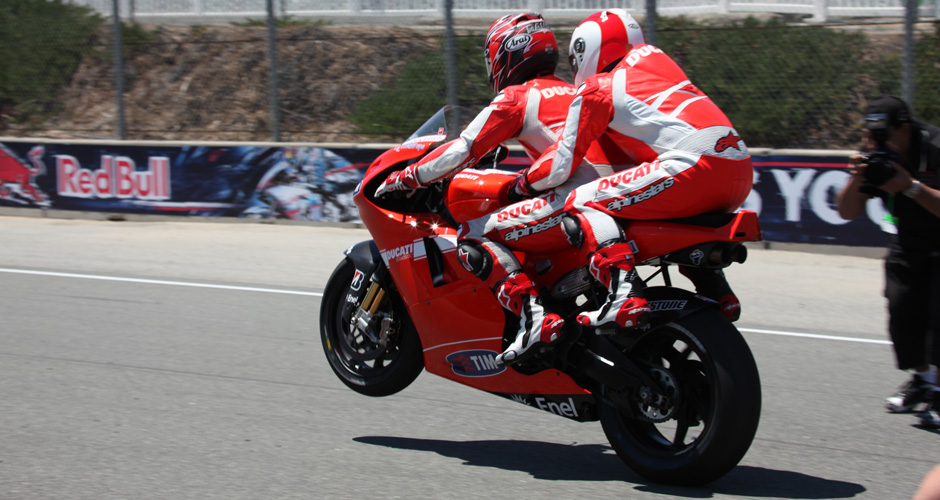 Going real fast on the turn. So fast that I could touch my shoulder on the ground. At some point I felt like I was on Randy back flapping around like a flag. 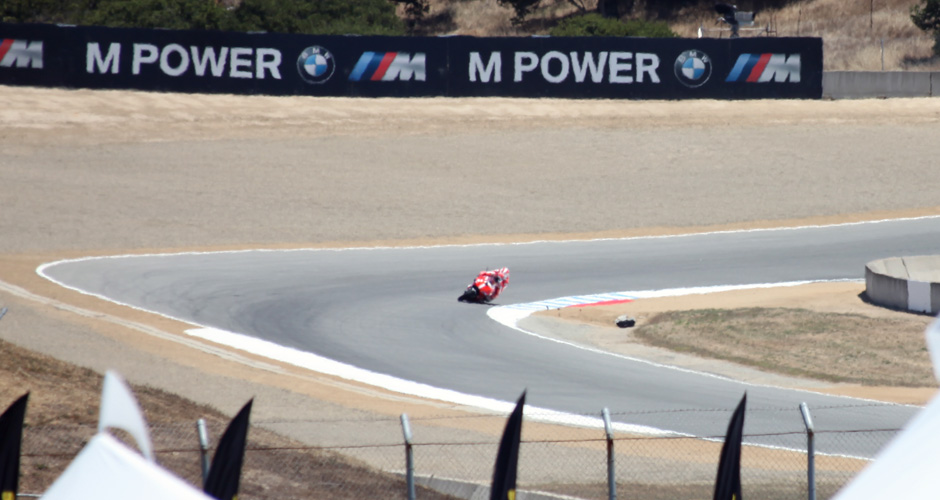 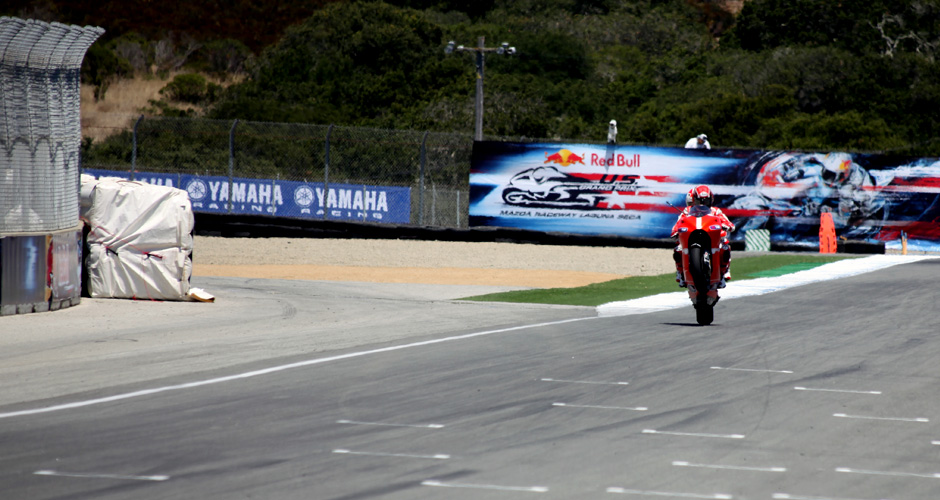 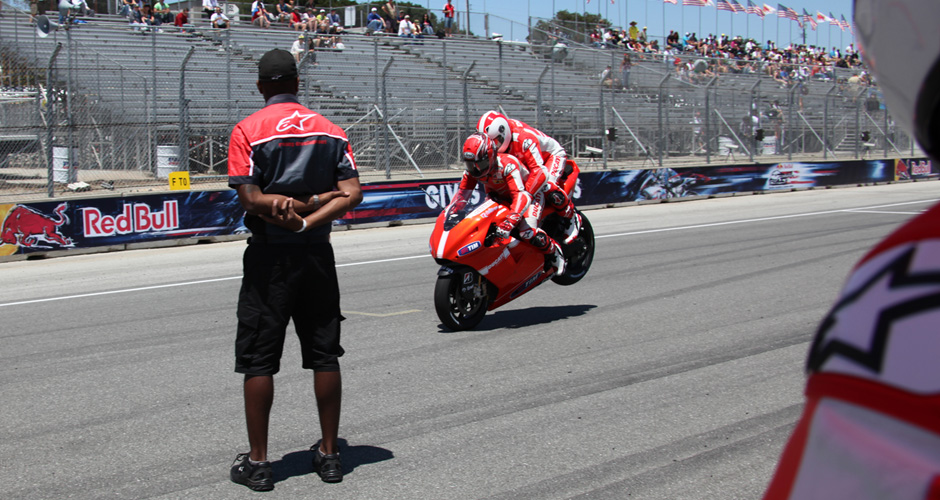 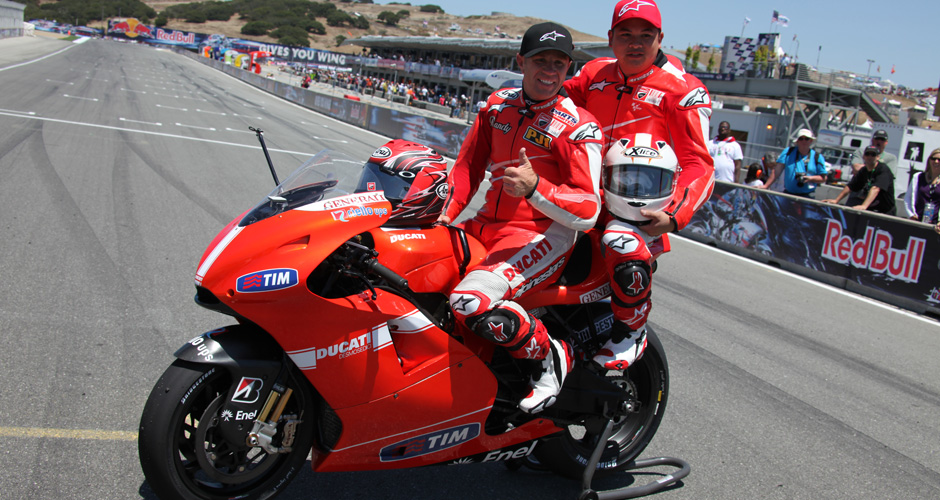