Founded in 2011, Flushstyle Thailand (FS) is the movement that is responsible for elevating the country’s fitment scene. Back in 2013, after joining FS’ Second Year Anniversary, my commitment into digging deeper towards the different branches of car culture strengthened. An era unexplored on a global scale, Southeast Asian countries such as Indonesia, Malaysia, Philippines, and Thailand were starting to build a foundation block for their respective fitment communities.

As a fresh graduate from college, that 2013 momentous trip with the FS Team will always serve as an eye-opener to me – for them being one of the first to support our local group here in Manila.

This what makes Flushstyle Thailand significant to me. 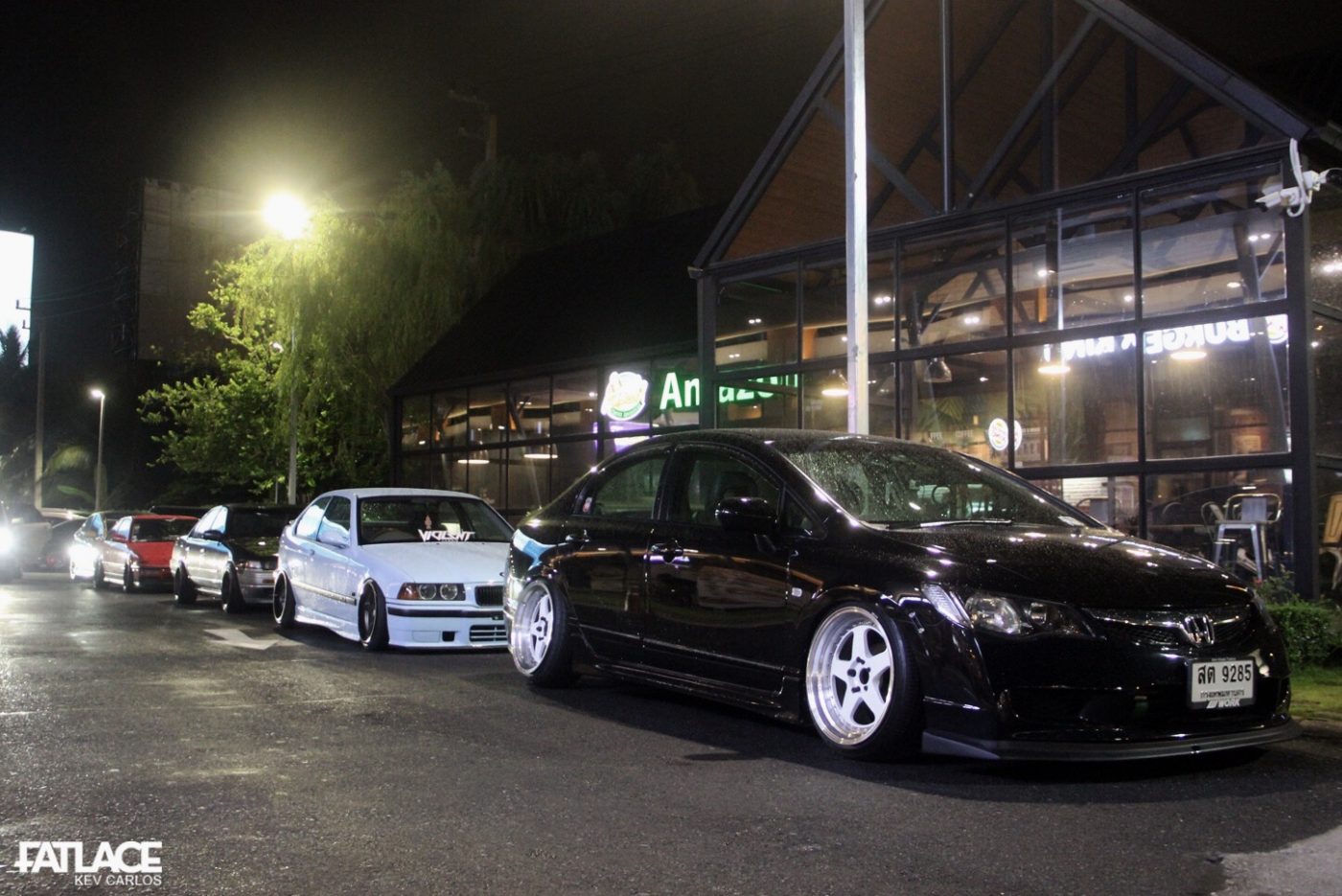 After years of being in touch through social media, my commitment in visiting the FS Family once again was materialized with them organizing a late-night gathering at The Rest Area Prachachuen. 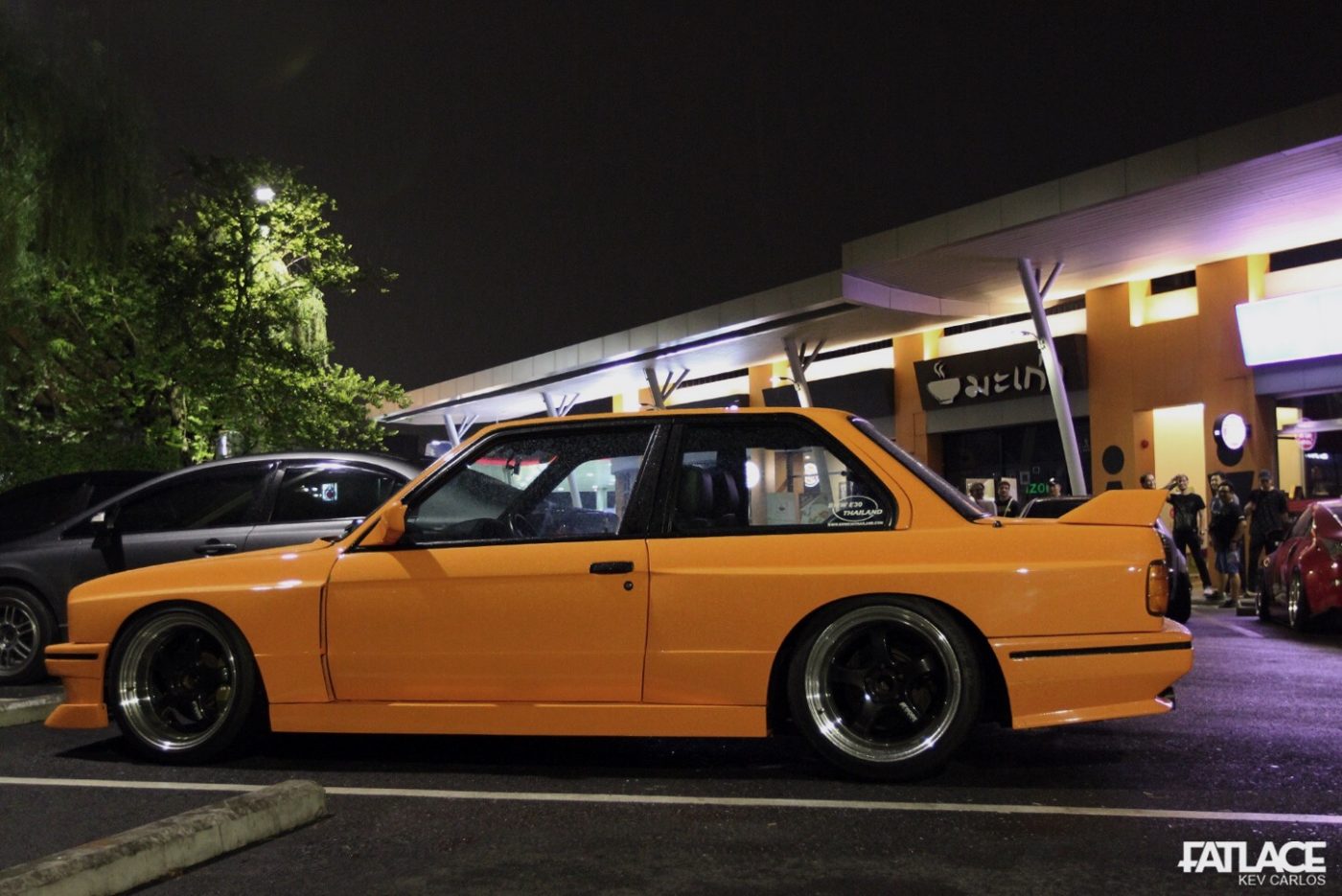 The chosen spot is Bangkok’s latest ‘it’ spot for car meets and runs (think of it as a larger version of Tatsumi PA). With Job of FS inviting several of the original members on a Saturday night, it felt like a mini-reunion with the familiar smiles. 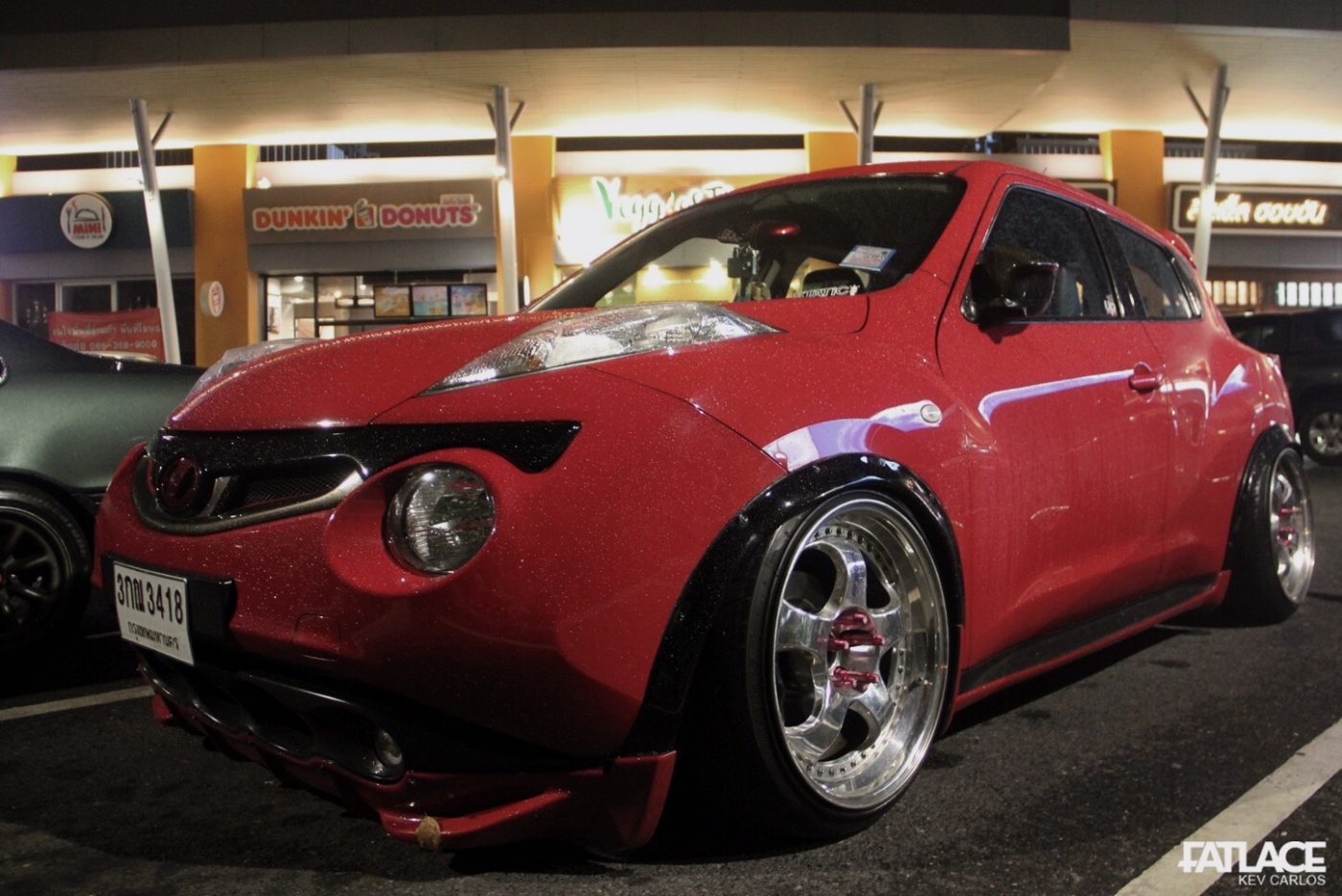 Of course, meeting new friends and learning fresh ideas from XO-Autosport and Royal Garage Thailand was also a moment to remember. More on these in a seperate post. 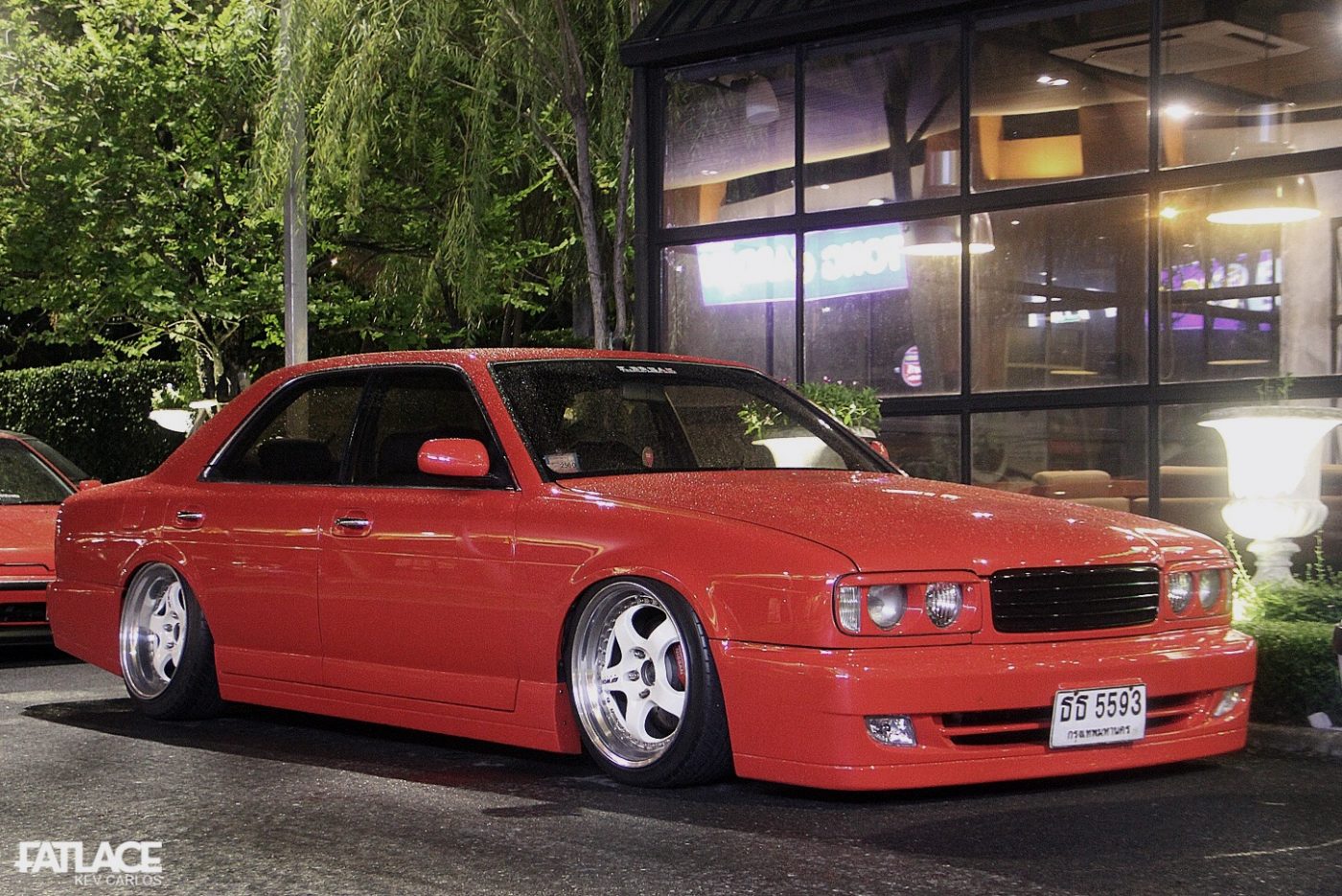 Despite the bad weather that night, the turnout for the meet was heartwarming. Here’s one of my favorites during that night, a Y32 Cedric. 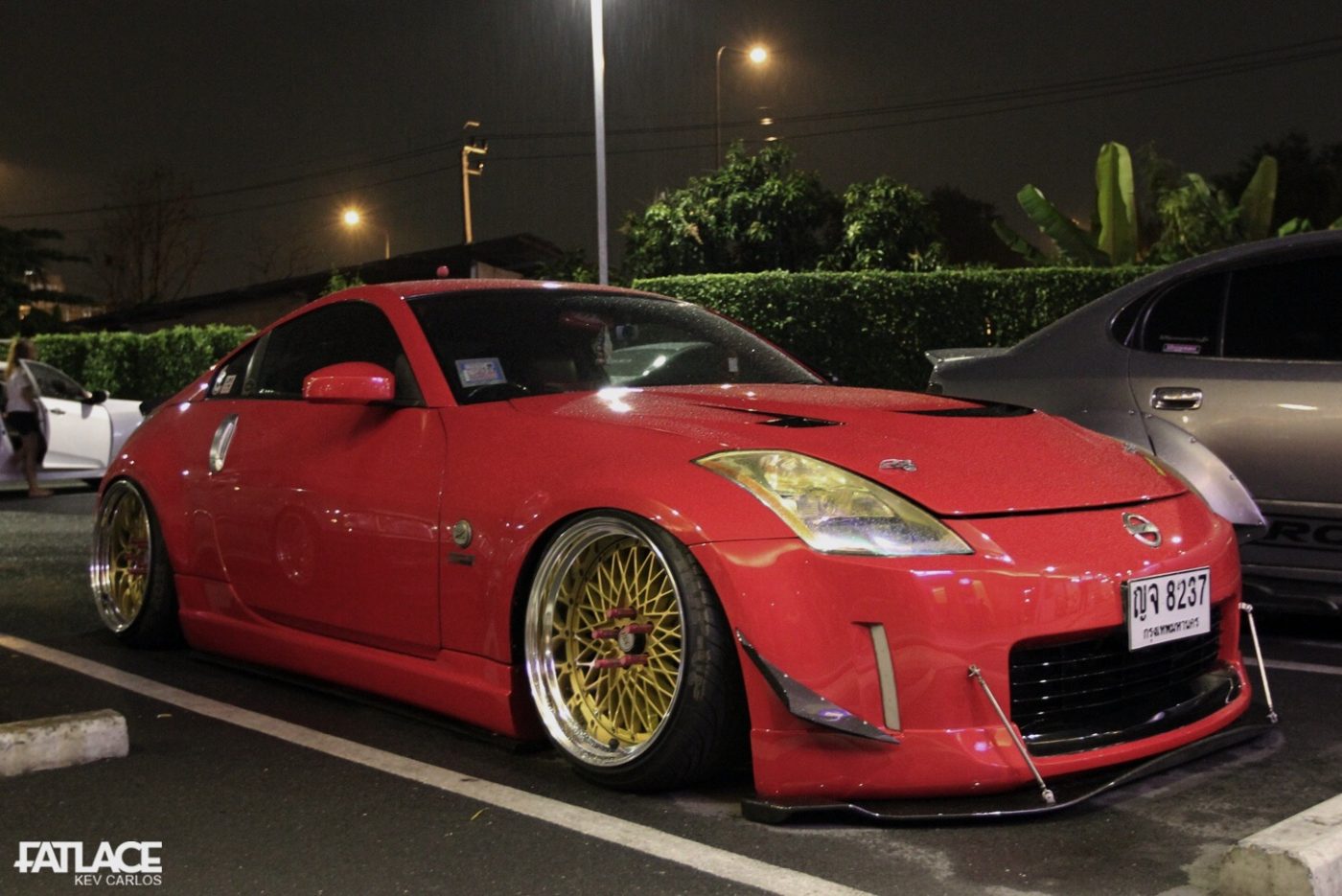 A unexplained chemistry, ‘Thai-style’ is widely embraced in the Philippines.  Upon observing, a good number of the local builds are “Flushstyle inspired”. Maybe because of the similar platforms? 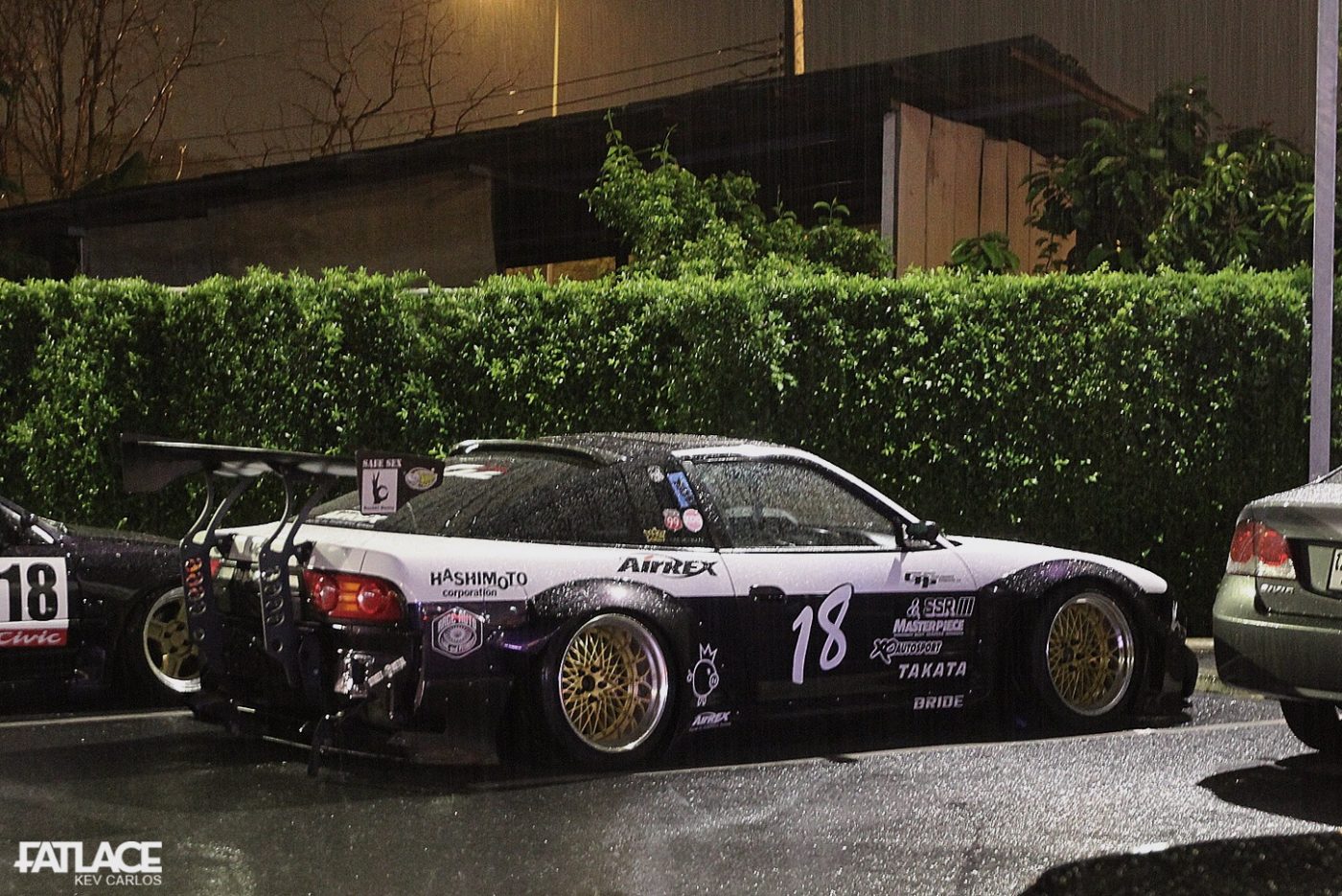 Race Auto Tire, one of Thailand’s premier shops that caters to wheels, painting, and custom work brought in their Rocket Bunny RPS13. The specialty shop is synonymous with FS by having the same founder –  Zaanueng. Photos from the shop tour coming up soon. 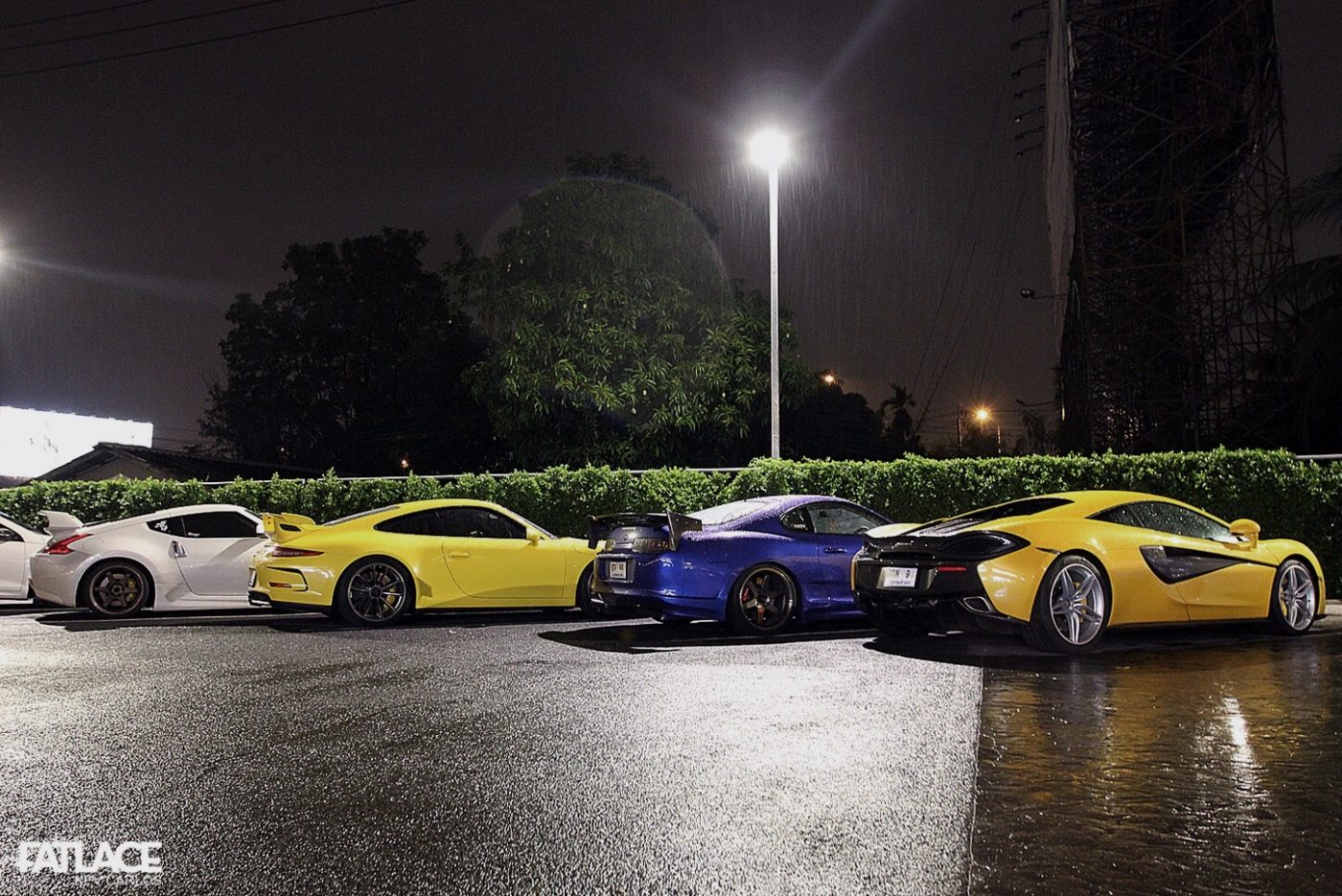 The Rest Area is an instant attraction for hosting all types of car gatherings. Here’s a group fresh from their late-night run. 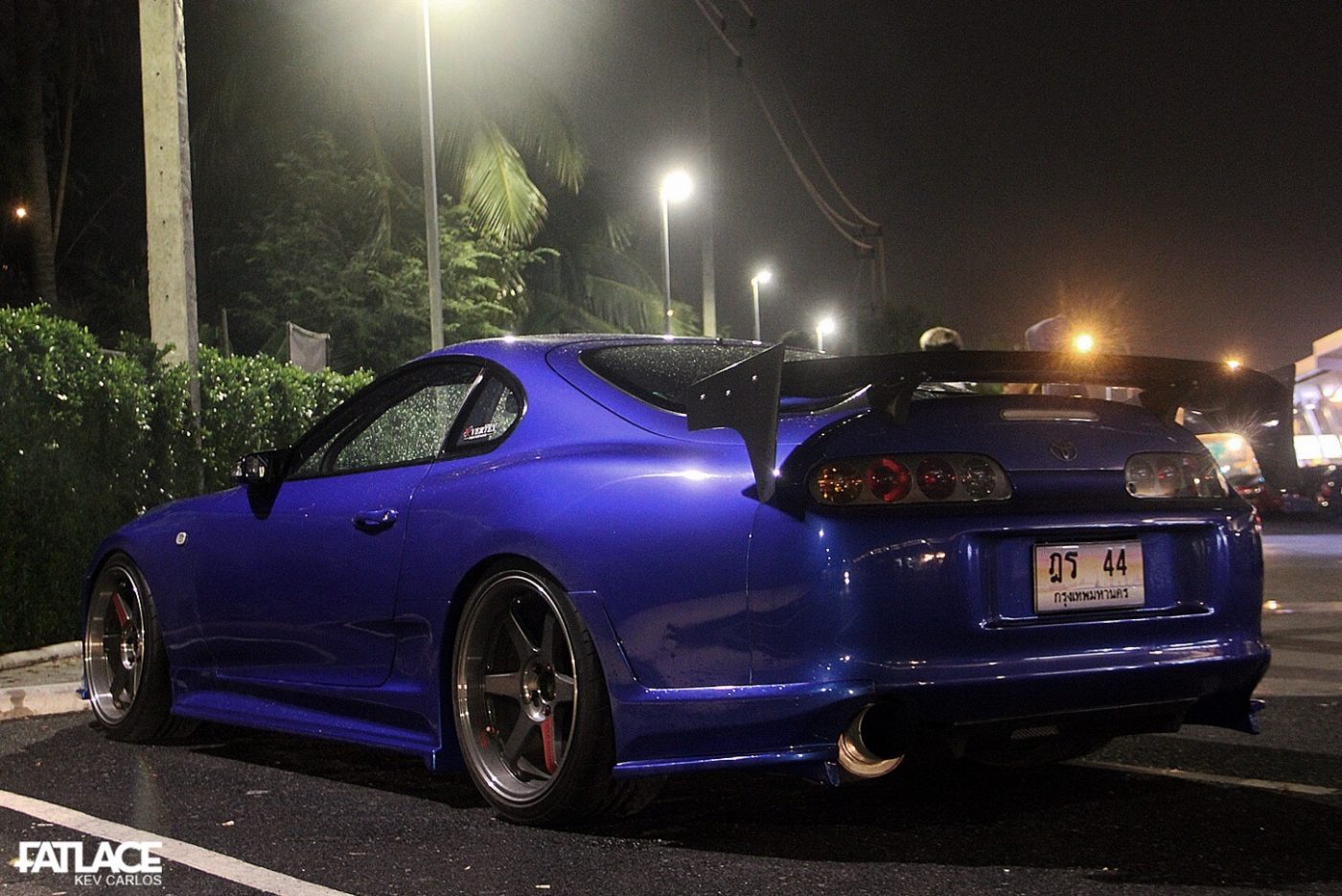 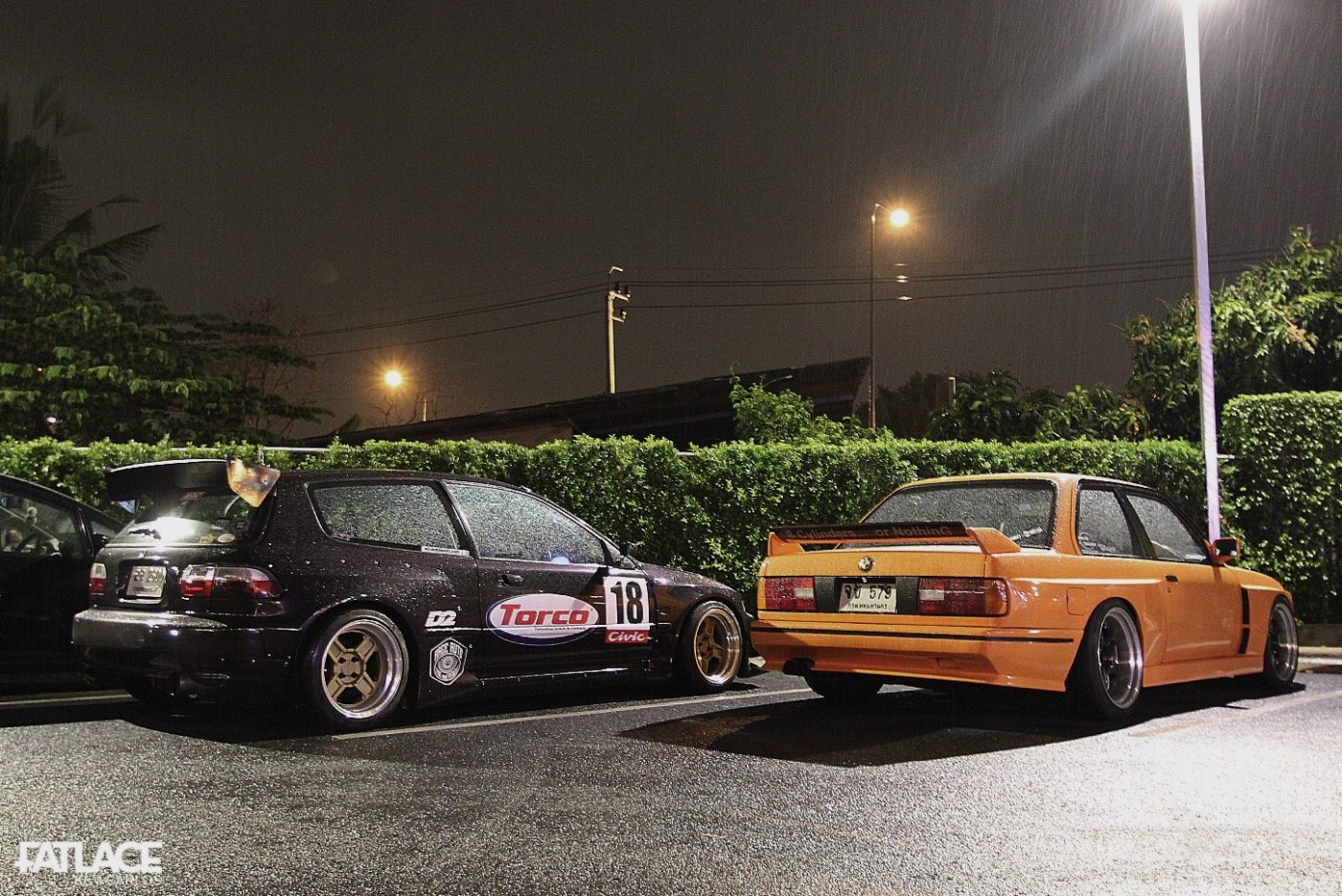 Thank you to Job, Zaanueng, and the rest of the Flushstyle team for hosting a special meet at the lot. See you guys soon.

SPMF and FS.. The respect is and will always be mutual..

More photos from the meet.