Nike kicked off the World Basketball Festival in the nation’s capital this past weekend with an exhibition game between Team Nike and Team Goodman League. The Goodman League is one of the top summer leagues in the nation and home of top NBA stars such as Kevin Durant and Michael Beasley. Players that competed consisted of standout street ball, college and old NBA players such as “2 Hard 2 Guard”, “Baby Shaq”, and Boo Jackson.

The event took place at Washington D.C’s Barry Farm Recreation Center and in traditional street ball style did not fail to disappoint. Filled with action on and off the court with the occasional trash talking between players with even the rowdy fans getting involved. Adding to the street ball style, a majority of the players were seen in the new Nike “Liquid Lime” Lunar Hyperdunk. Just as you would expect there was also showboating with cross-overs and dunks throughout the game, but in the end the Goodman League team took the victory in the last seconds of a very close the game.

Adding to the excitement was guest appearances by NBA Olympic team members Kevin Durant and James Harden along with the legendary John Thompson, Jr. The World Basketball Fest coverage continues this week with even more exciting action including a behind the scenes at the USA Team Basketball practice, Converse Block Party and more. 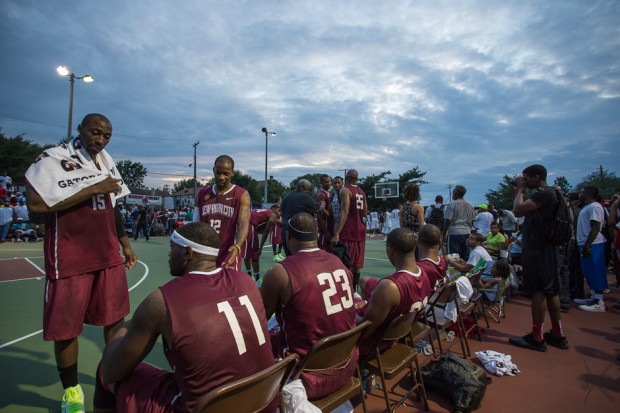 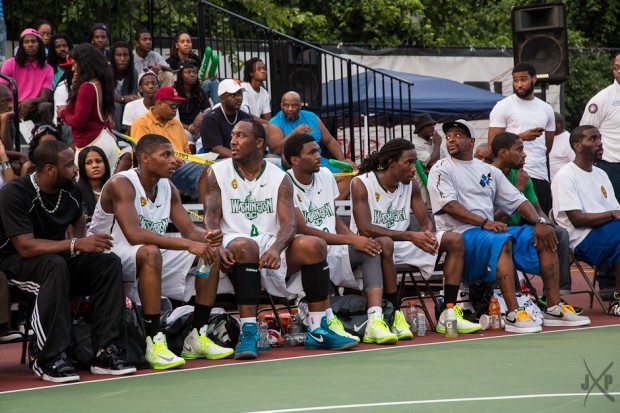 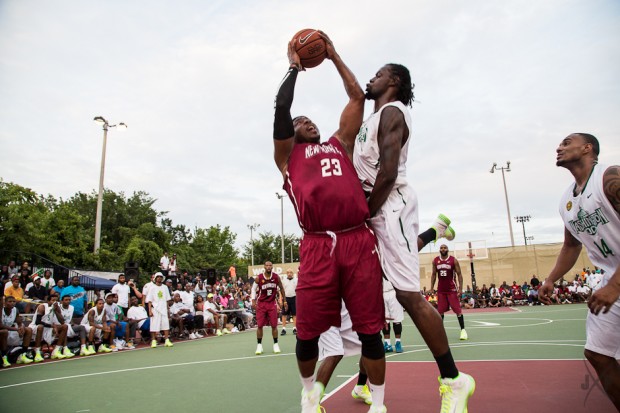 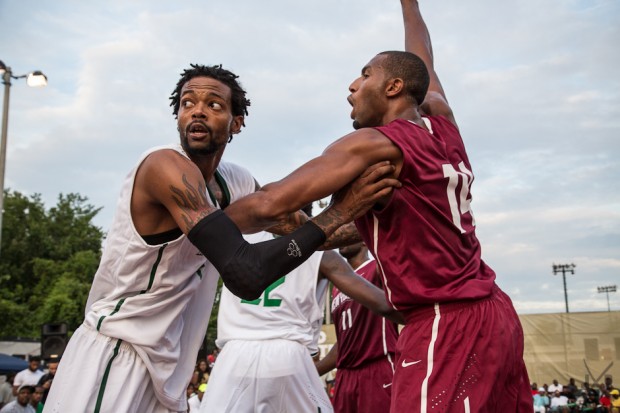 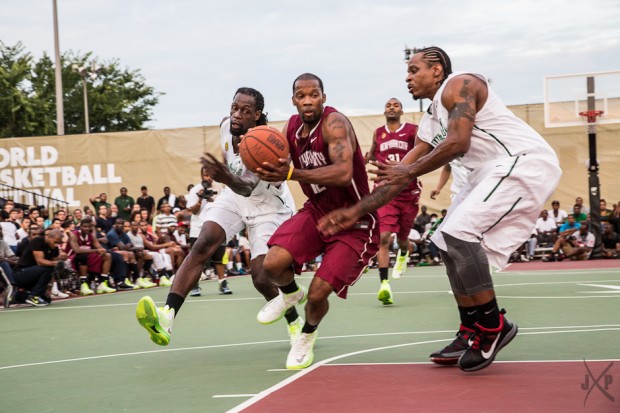 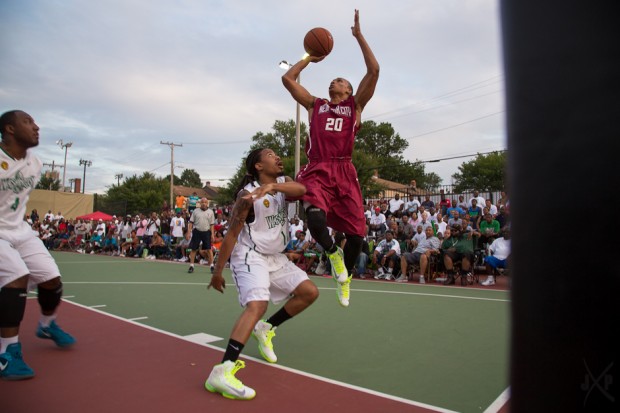 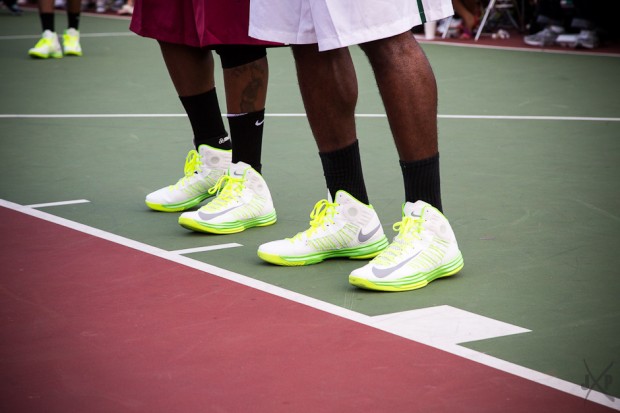 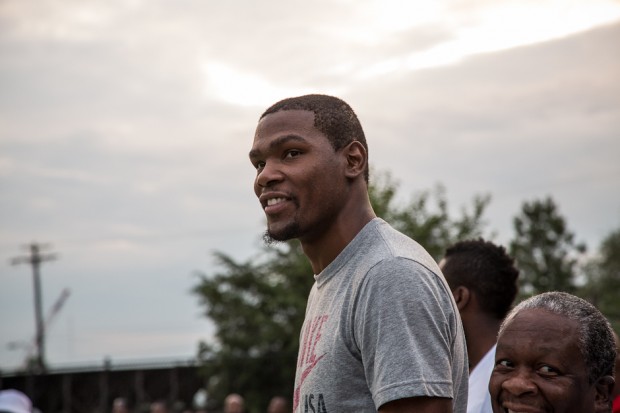 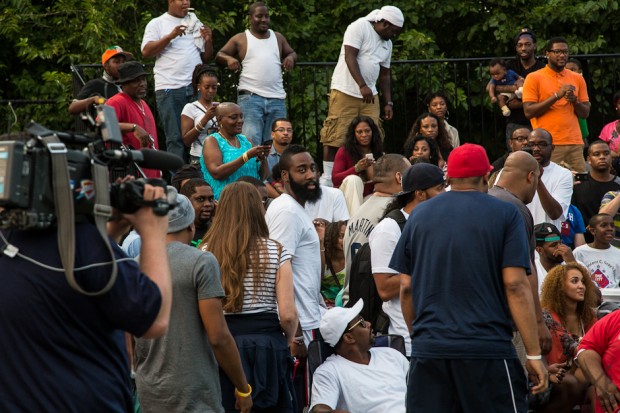 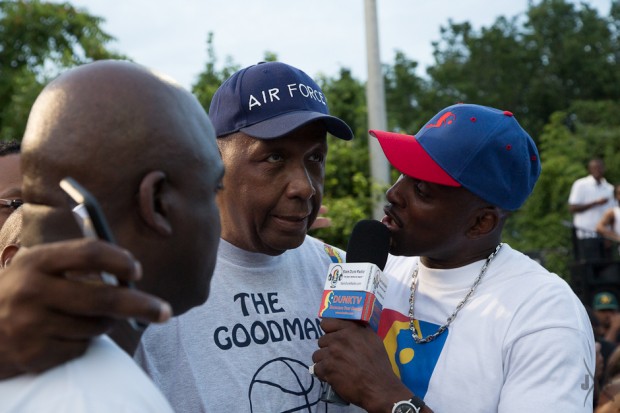 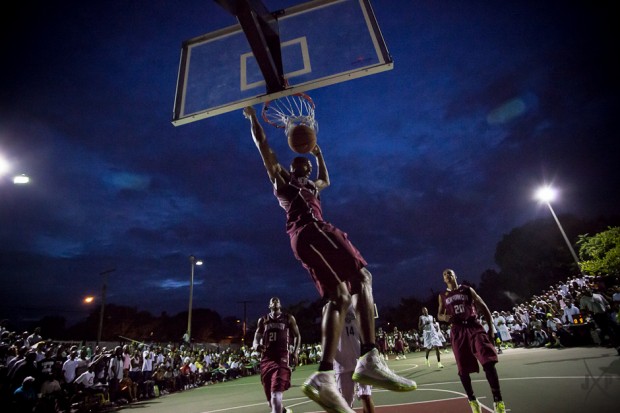 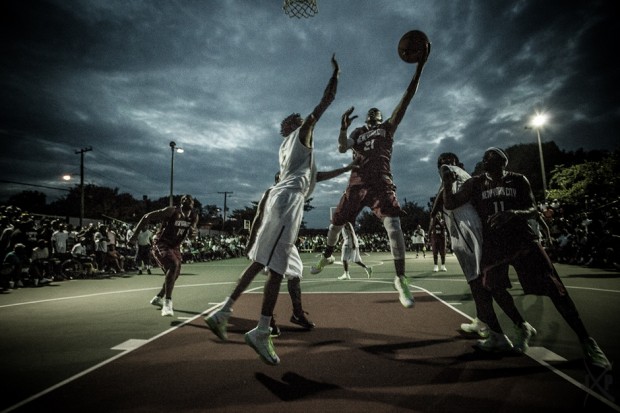