So the new Nissan Quest is coming in the next month and although it’s a refaced Nissan El Grand from Japan, the thing that pisses me off is that it was refaced. The El Grand already has an awesome front end and to strip its face from it and give it a terrible makeover doesnt justify doing it. Whoever is responsible for approving that, shame on you. Expect alot of front end swaps cause I know I’ll be doing it.

If you’re wondering why there are hellaflush and fatlace banners in the background, its cause the fine folks at AME and GRACE set up the area at the New Otani like one of our meets. Good Idea. 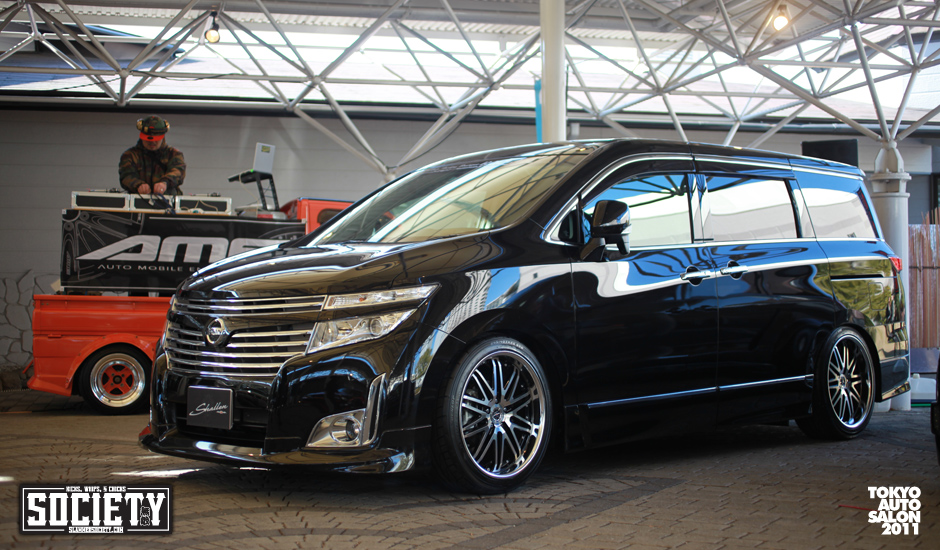 Compare this to the new quest front end, this one wins by a mile. 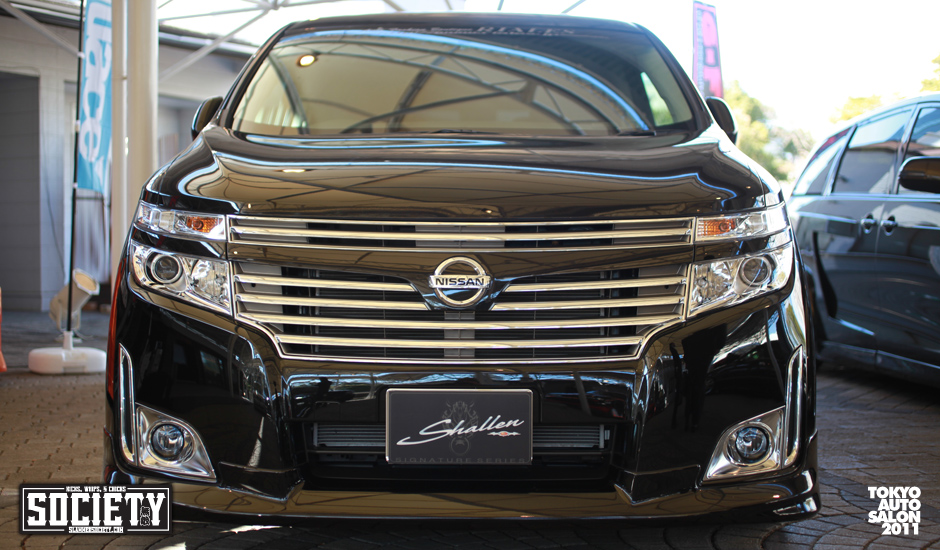 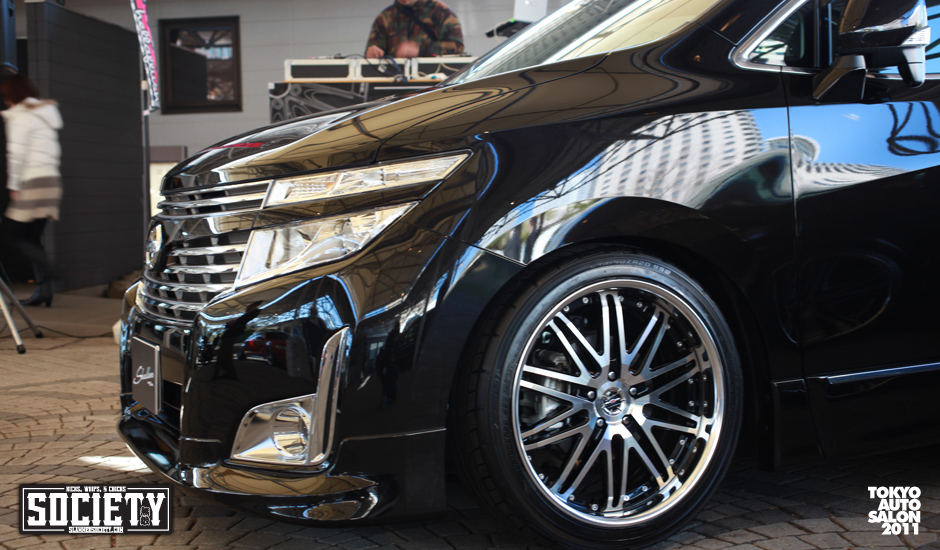 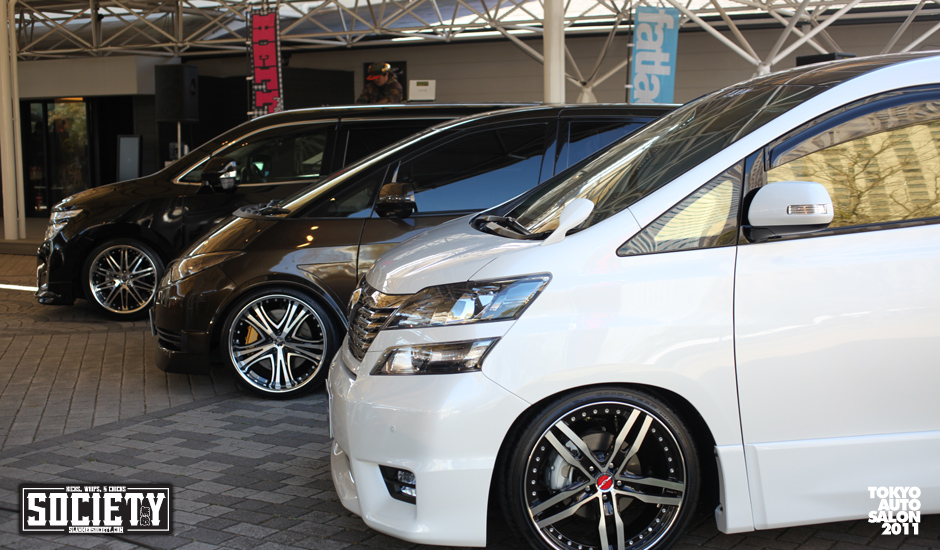