For the first time ever, record producer, song writer, designer, artist Kanye West will perform in the Philippines. Yes, you read it right – “Yeezus” will be in town. All thanks to Paradise International Music Festival (Paradise IMF), the organizer, for setting the stage for one of the most talked about artists in our generation. Paradise IMF is all set for their first-ever music spectacle on April 9, 2016 at the Aseana Open Grounds.

As an addition to the highly anticipated Kanye West headliner, Austin Mahone, and Rudimental will also perform during Paradise IMF. Fans of electronic dance music rejoice as DJ AfroJack is also set to spin at the event. Paradise IMF is produced by Boardworks Media Entertainment group, best known for bringing-in John Legend, Lifehouse, and the Beatles Experience in Manila. “We are very much getting ready to make this music festival the biggest yet – it is time to put the Philippines on the map as an international music destination.”  says Joshua Ylaya, the company’s co-owner.  Expects fans to come in from all over the globe for this monumental event. Stay tuned here on Fatlace.com for event recap photos. 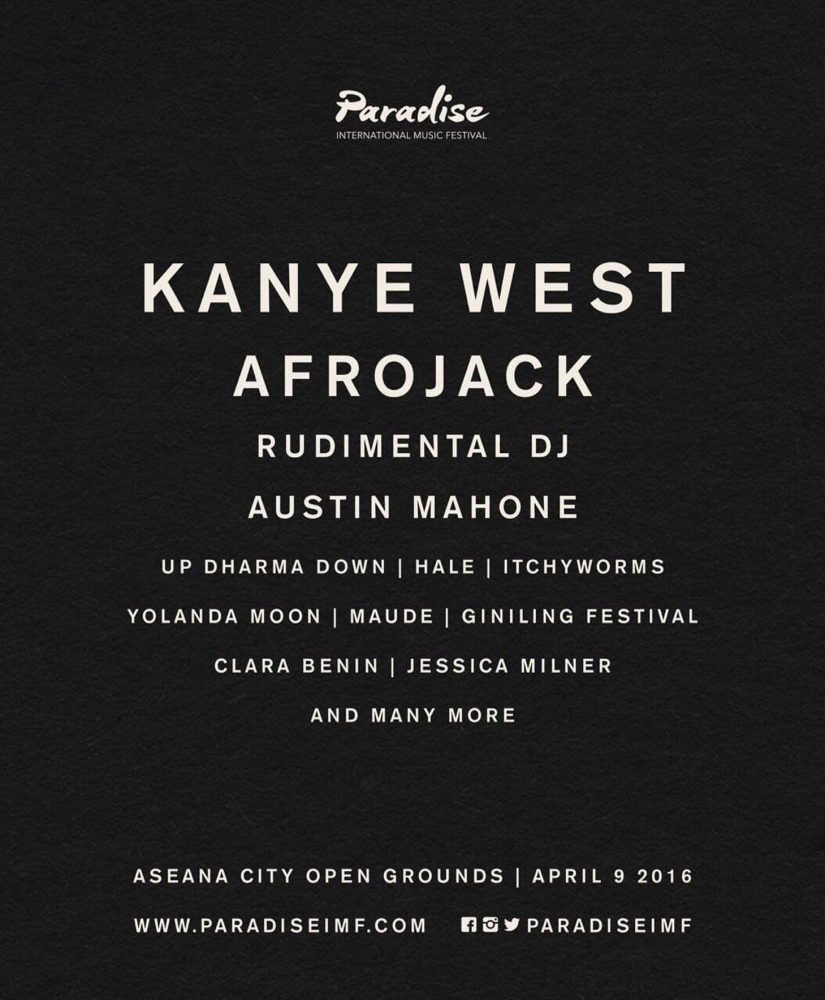