Icon spotlight: The S14 and the BNR32
Change of atmosphere
Thanks Houston Astros Tickets for the support
FatlaceTV, LIFE, PHOTOGRAPHY / Posted by BomberJaye / 22/09/2020 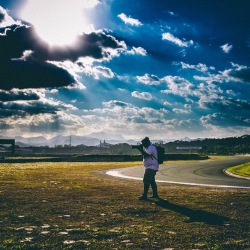 Latest posts by BomberJaye (see all)

We all have that one car that we promised ourselves that we will drive someday. For Jam it was a a bucket list of cars that he promised himself to own someday.

Through the years Jam was able to go down the list really quick from a humble Toyota Corolla to an Austin Minicooper, yet there was something special about this one. There was something about this Grocery Getter, most of the time over looked. “I remember the first time i saw this car, driving through the streets of Manila, It was a feeling that i can never forget.” he said..

A couple of years pased by and Jam was able to get his own Subaru Legacy and so it began. Numerous tire and wheel combos, and countless hours in the track rendered in perfecting his relationship with the car. Afterwards, this one of one custom hand made body kit made by Jaiven of Sushi Factory, was the final piece that made his Legacy. The Legacy that it was meant to be. Even at 100 engine horse power, this is definitely a car that you don’t want to be chasing you at the track.

As a Film maker, Jam shows the world his project the only way he knows best. watch the video below.