Decided to bring the rangefinder out to Hawaii to shoot some of the artist that are here for the annual Pow Wow Hawaii event. I’ll have those photos up soon but for now, here’s some shots from yesterday when we landed. We headed straight to a photo shoot that Rollins, East and guest photographer John took part of.

Shooting with a range finder is very tricky. You have to be very used to moving the focus while shooting or you’ll end up missing the shot. Hopefully I can improve as the week goes by as I haven’t shot with this camera in a very long time. Here’s a few shots.. 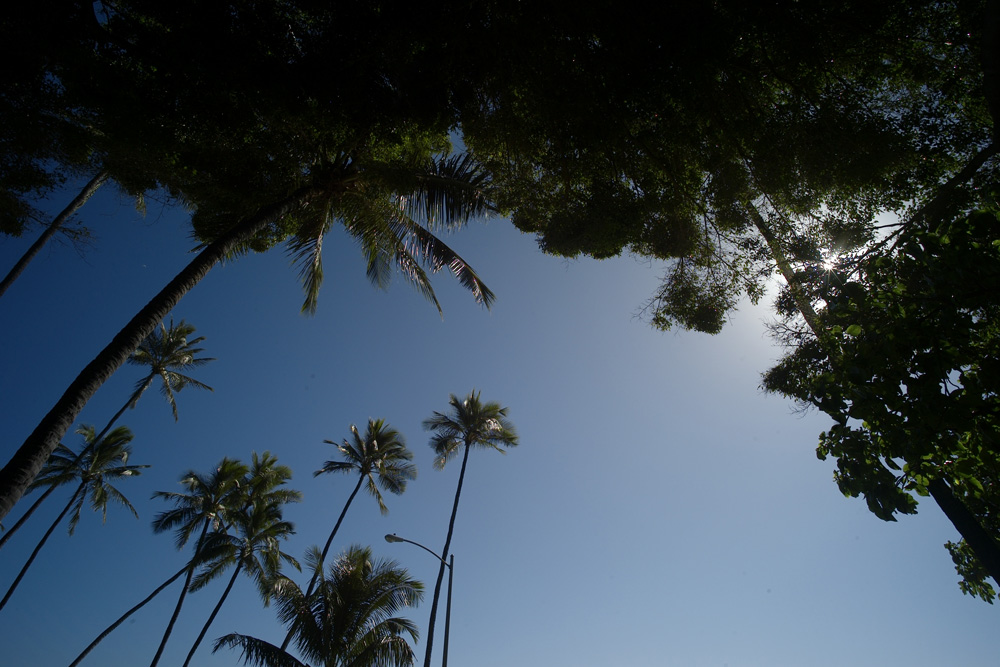 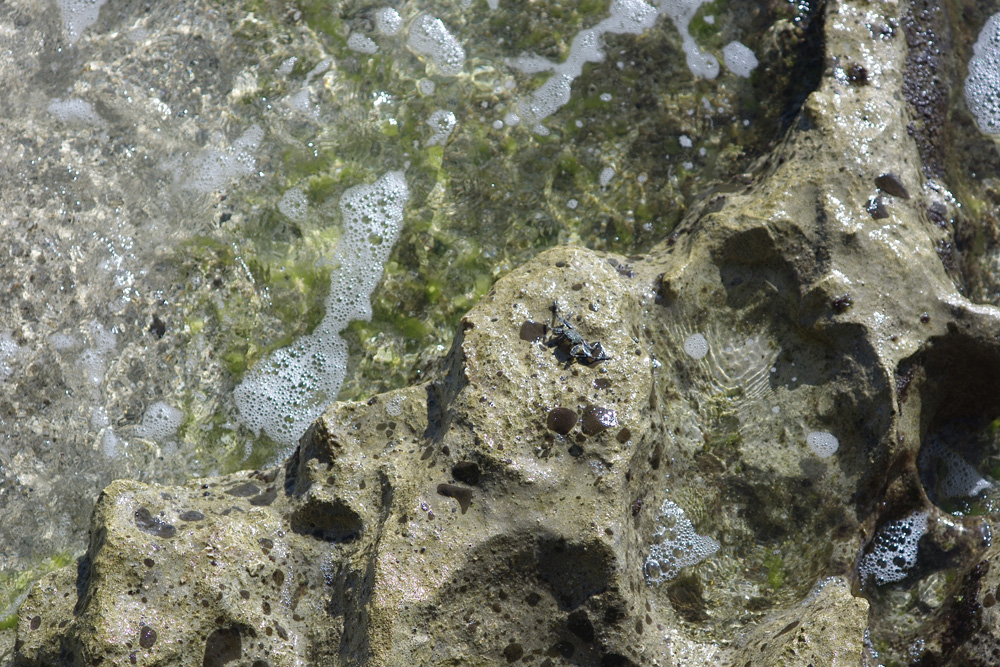 Skylar thought the black crab was a big spider. She wanted to get out asap! Lucky for us it was just a black crab. 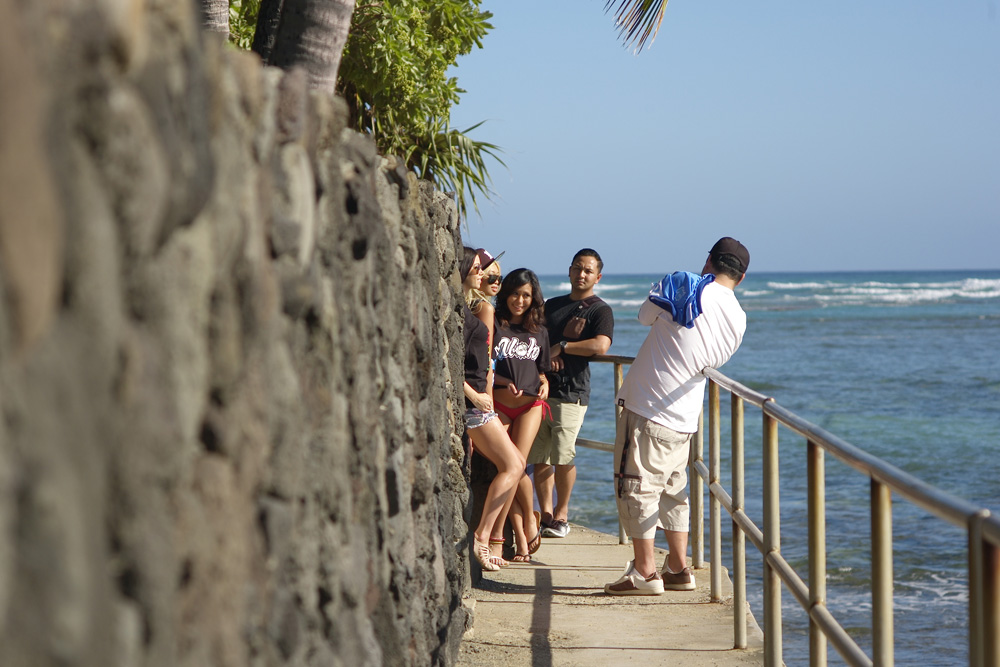 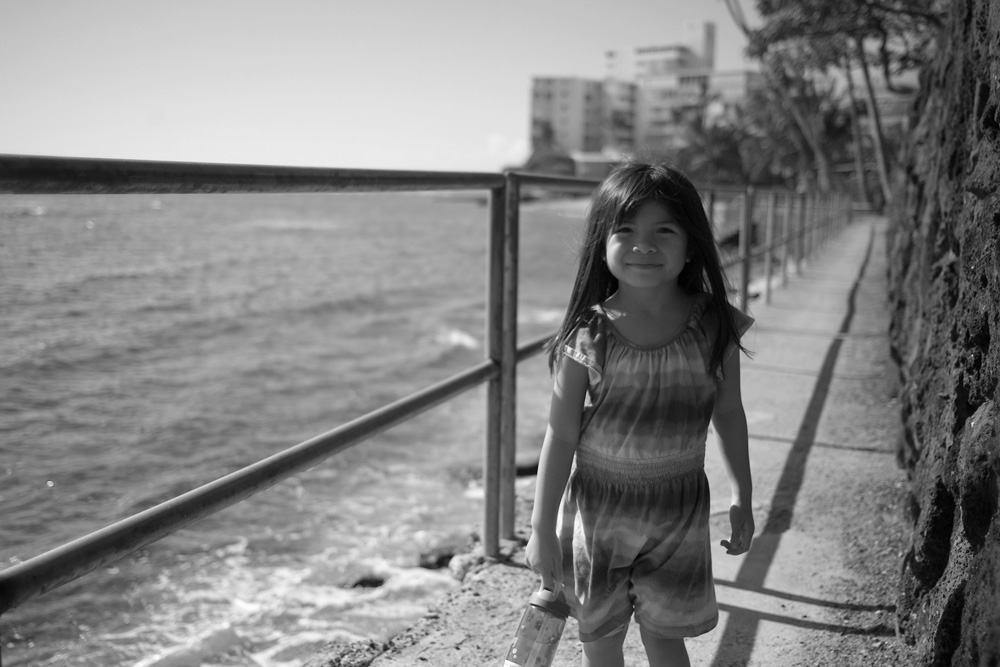 While they were doing their photoshoot, I was messing around shooting Skylar. 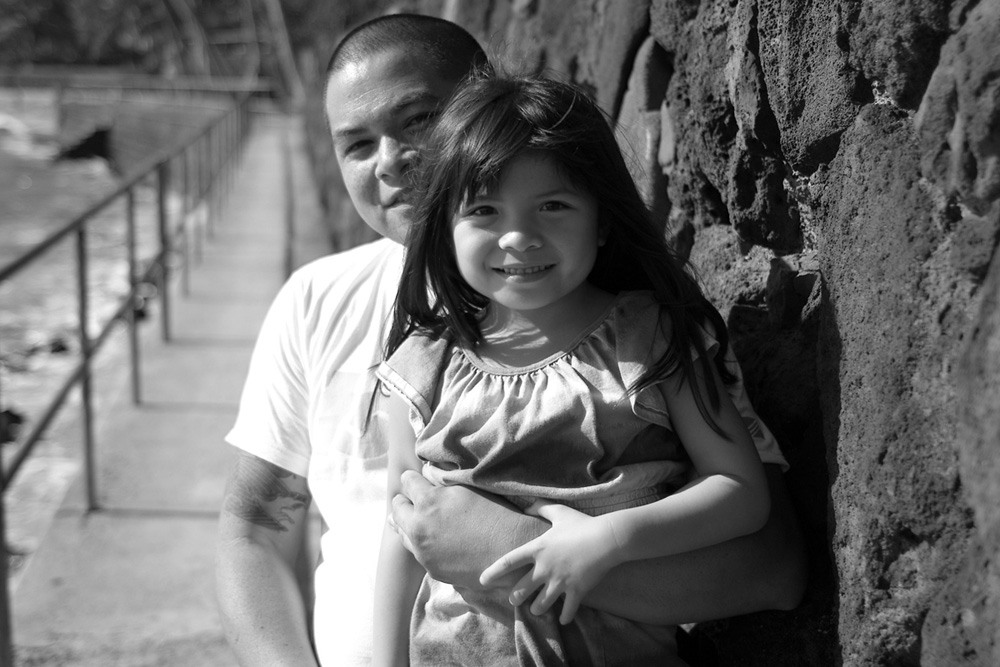 Then we both took a shot. Thanks John. 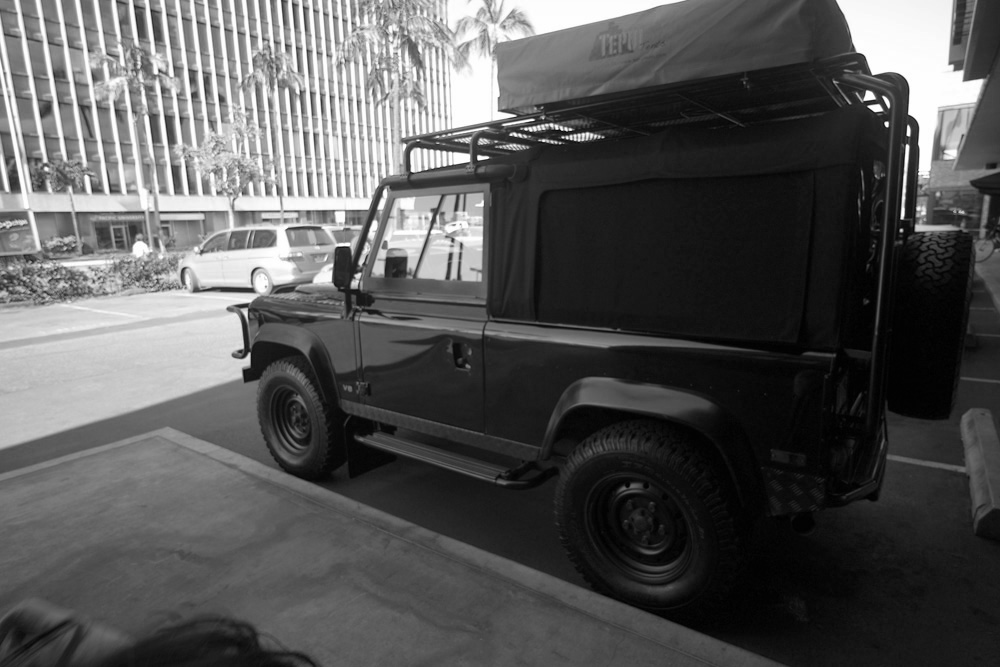 I haven’t washed the Defender since it landed on the Island. Im sure it was happy I had it washed today. Enjoy tomorrow..