So we’re very happy to announce that there will be a few surprises for us and everyone that heads on out to Hellaflush Japan in Fuji Speedway. RAUH-Welt Begriff will make a special appearance at the show. We’re working on some special hot laps with professional race car driver, Toshi Ichiraku, during the event. We’ll keep you posted but an appearance from RWB is awesome in itself. 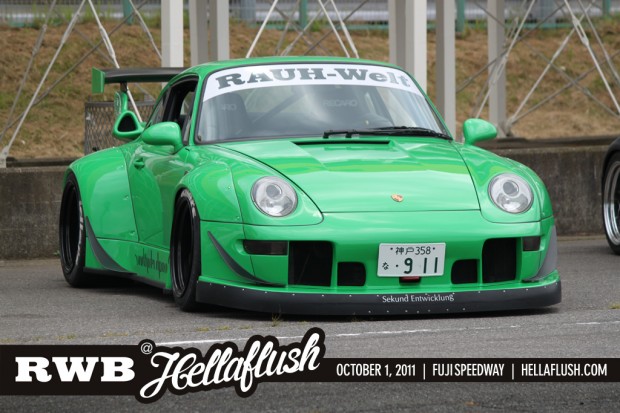 So for those flying in from other countries to visit the land of Japan, here’s some KEY DATES for you in case you get bored which I can guarantee you wont cause there’s loads of stuff to do in Tokyo.