It’s not often that we come across quality music. The Rhythm Natives have poured their heart and soul October 19, 2010. Clearly stated lyrics from track one, Take Off, of their LP:

A couple months ago I reconnected with my boys, Glen (Exaktoh) and Jon (Kreative Thought) – the vocal front men of the Rhythm Natives to catch up with life and music. If I can explain their work ethic and music hustle alone from our conversations within this year, I can tell you that these guys get down to business. Their ambitious, almost limitless-mindset can only lead to great success for themselves and the band. Having been a band for almost 10 years, they’ve managed to stay humble, and keep working to get where they want to be. The band has been persistent with updating me via aim or email on band life and the progression and release of their first album self titled: Rhythm Natives.

Along the way, I was introduced to their manager, Tricia Jamanila. Who is an amazing woman just by being amazing. All I can say is this won’t be the last time you hear me talk about her. As you read along, you will quickly be reminded of how endless her and the band’s resume is. Tricia kindly sent me the press kit complete with the LP, good reads, and also album art.  Genuinely, this album was love at first bump, and I’ve continued to keep it on a steady rotation since.

Now with the album already out, there’s nothing like having a physical copy at hand. The second I received the album in the mail, it made me want to listen to it all over again. There’s nothing like feeling like I’ve contributed to something worth putting out, can’t imagine the hard work they’ve put in, from burning bridges and building new ones to get to the top in the most positive way. I’m familiar with the struggle through friends in the industry, and it makes me appreciate their drive that much more. In the end, I’m supporting friends–scratch that–dope artists, and hope that someone out there can feel me on this. I suggest copping the actual album at the locations listed below if you’re interested. 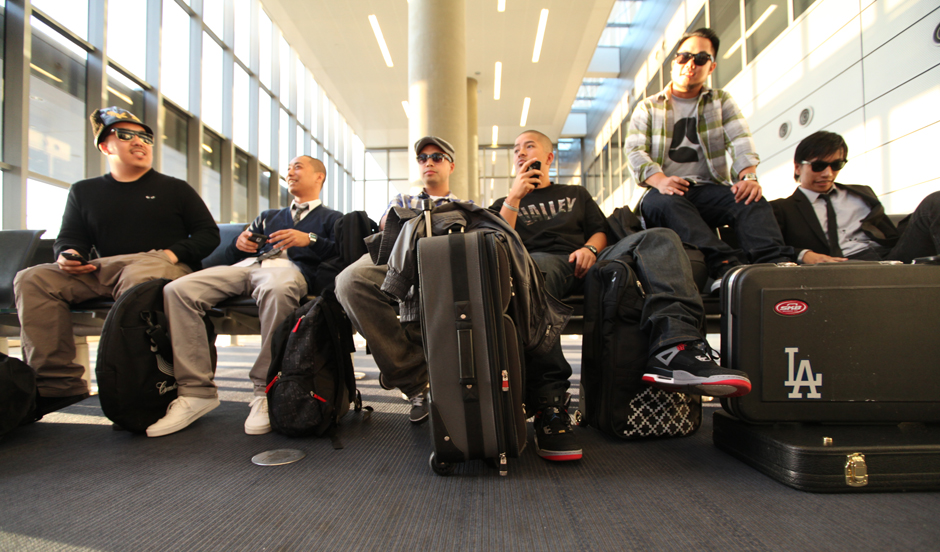 The talented Rhythm Natives band equates to a keyboardist: Chez, Matt on the bass, Mart on the guitar, Robert “Bojo1” Fabros on the drums, along with Glen “Exaktoh” Techico and Jon “Kreative Thought” Narboneta as the main vocalists. Their sound is very reminiscent of The Roots and Foreign Exchange covering the live hip-hop, funk, jazz, and even reggae, and bossa nova/samba genres on this album. If you ask the group what they sound like, they might just answer with, “It’s just music.” I give it up, it’s hard to put a label on such an eclectic sound. How many live hip-hop bands do you know out there now a days? 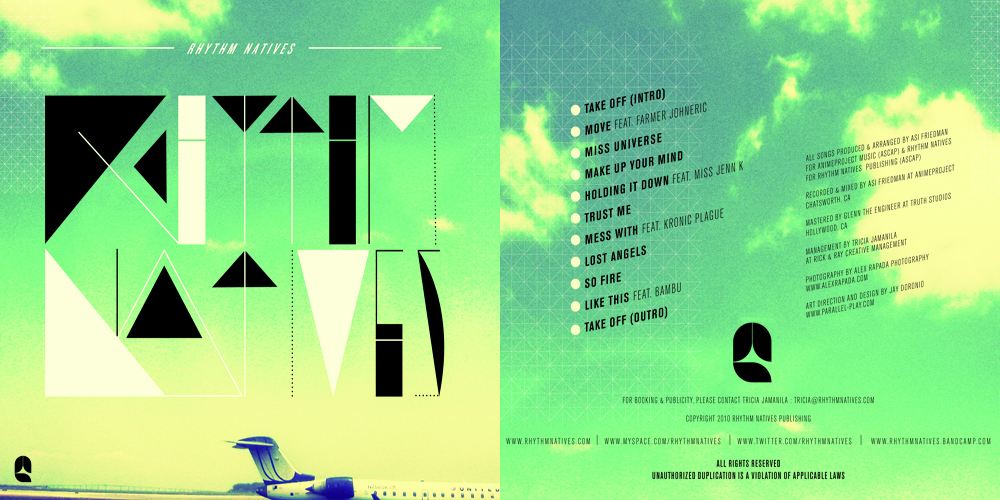 The Rhythm Natives LP was produced as a 6-panel-digipak album, with a fresh color scheme, and album art done by Jay Doroino. Flip over the first fold, and find an uplifting text graciously laid across photo hue of yellow and blue clouds,”Dedicated to those who chase dreams.” Mucho props to those involved respectively.

On top of the melodic instrumentals and album production created by the band themselves, they couldn’t have done it without the help of, Producer and Engineer, Asi Friedman. Asi has also produced for artists that are also featured on this album like Bambu, and Kronic Plague. Other talented artists on the album are Farmer JohnEric on the reggae-inspired track, Move, and Miss Jenn K on the track Holdin’ It Down. Miss Jenn K might be the only one featured on the track listing, but to my surprise the female and male singers on the intro and outro track to the Rhythm Natives LP is none other than Tricia Jamanila (their manager) and Asi Friedman (their producer).  Limitless right? Also, Izzy B, a young lady from Belize laces her vocal abilities on Make Up Your Mind. If you got your hip-hop down, you’ll understand where these guys are coming from with their ode to hip-hop track: Miss Universe. Here are a couple of my favorites:

Personally, Trust Me has to be my favorite. The lyrics hit home for me, and also, the hook can’t be any more real:

Trust me, it’s more a love than a lust thing
You mention and question my intentions on how I do things
It’s all work minus the antics
Just taking full advantage for the lack of second chances

There’s also a little jam out towards the end of this track that gets me vibin’ on another level. Just the fact that it’s laced up with that Fender Rhodes sound (thanks Jon for the specifications) and that sexy sax played by, Jake Wilson, makes this a favorite.

Make Up Your Mind‘s latin/bossa nova/samba track was their first approach to a different sound. The lyrics hit along with delivery, and lyrical content on point. Izzy B did her thing on vocals. Kthought’s verses were inspired  by observing friends and band mate relationship experiences with a little of his own. Exaktoh’s was more personal:

Talkin’ ’bout I’m your king, yeah you the queen
But today I’m on a lean bent on this brown liquor
Tryin’ to figure this coaster route if it’s about
All the rude girl lovin’ got me acting funny
Do your thing Mami, but hold it down for me
See, more time is needed to fortify the castle and
Land on the good side then keep it up
This guy, got you on his mind
So why you acting blind, baby?
Why you hazy? Should’ve known from the jump
Third parties interrupt

Look, you wasn’t there when the weather was rough
Folded in the fourth quarter when the pressure was up
Now you’re blowing up my cell trying to butter me up
I’ll tell you what, run and pick my dry clean up
Refill my Starbucks cup with that grande latte stuff
Water my fake plants. I got you on that intern love, bruh

A couple of other favorites have to be the instrumentals and delivery of So Fire. Also, the jet-setting and limitless vibe of, Take Off, sets this album off proper. The cool fact about the outro track on Take Off. There’s a hidden track starting at 10:19 where the band jams out (10:19 which is another clever way of noting when the album came out).

The RN band have performed at numerous venues all over Southern California and are aiming to spread some good music and rock the stage in the Bay Area/Northern California.

Overall this album is solid, and well worth $10. It’s raw, unfiltered, and limitless. Please do yourself a favor, lubricate your ears with it and vibe out. If you ever are in the area, make sure you check out their website for more info on where they’ll be performing!

If you’re free this Saturday, Nov. 20th, check out LA’s own, Rhythm Natives, starting their Bay Area tour in the heart of lovely San Jose at the Know Your Roots Apparel store in San Jose, CA. The event will be going on from 6-9pm, all ages event and FREE of entry! So come through meet, support and vibe out with the RN crew! [Flyer] They’ll also be selling physical copies of their album at the shop. If you haven’t heard already, having a physical copy is so worth it. You have no excuse since the event is free 😉 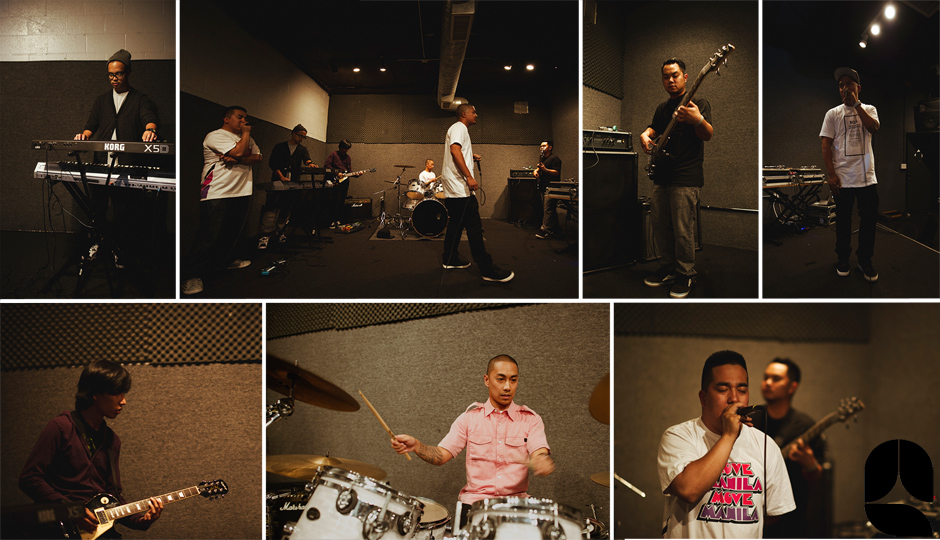 2 thoughts on “Rhythm Natives self titled LP out now!”