Being an avid follower of the RWB culture I made it sure to take photos and listen to insights of the men behind these cars during Offset Kings Japan. Rauh-Welt Begriff displayed three builds, Kamiwaza, Maria and Yves Piaget.  Check out the photos. 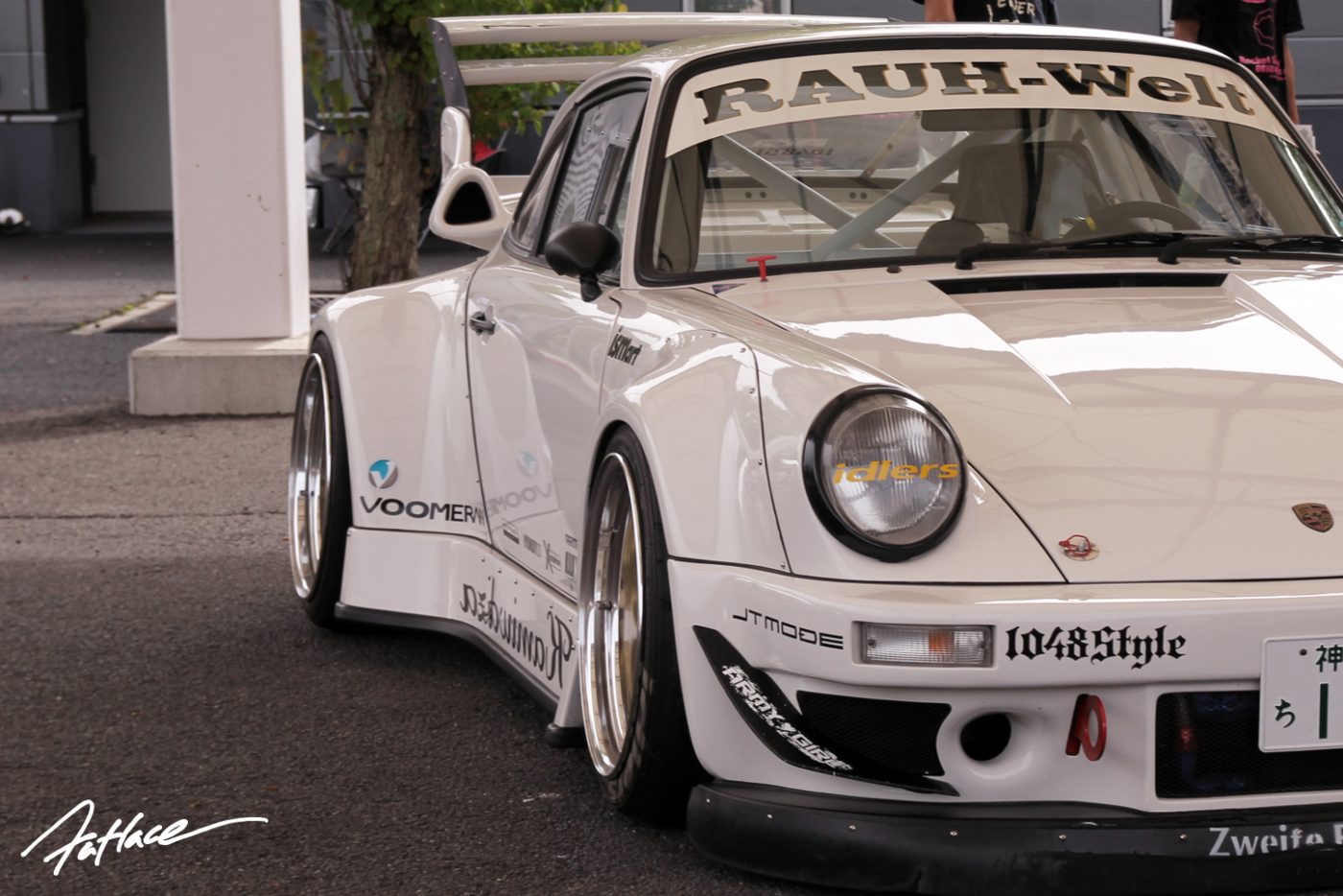 First up is one of my personal favorites, Kamiwaza which is owned by one of Nakai-San’s closest friends, Ichiraku Toshiya. 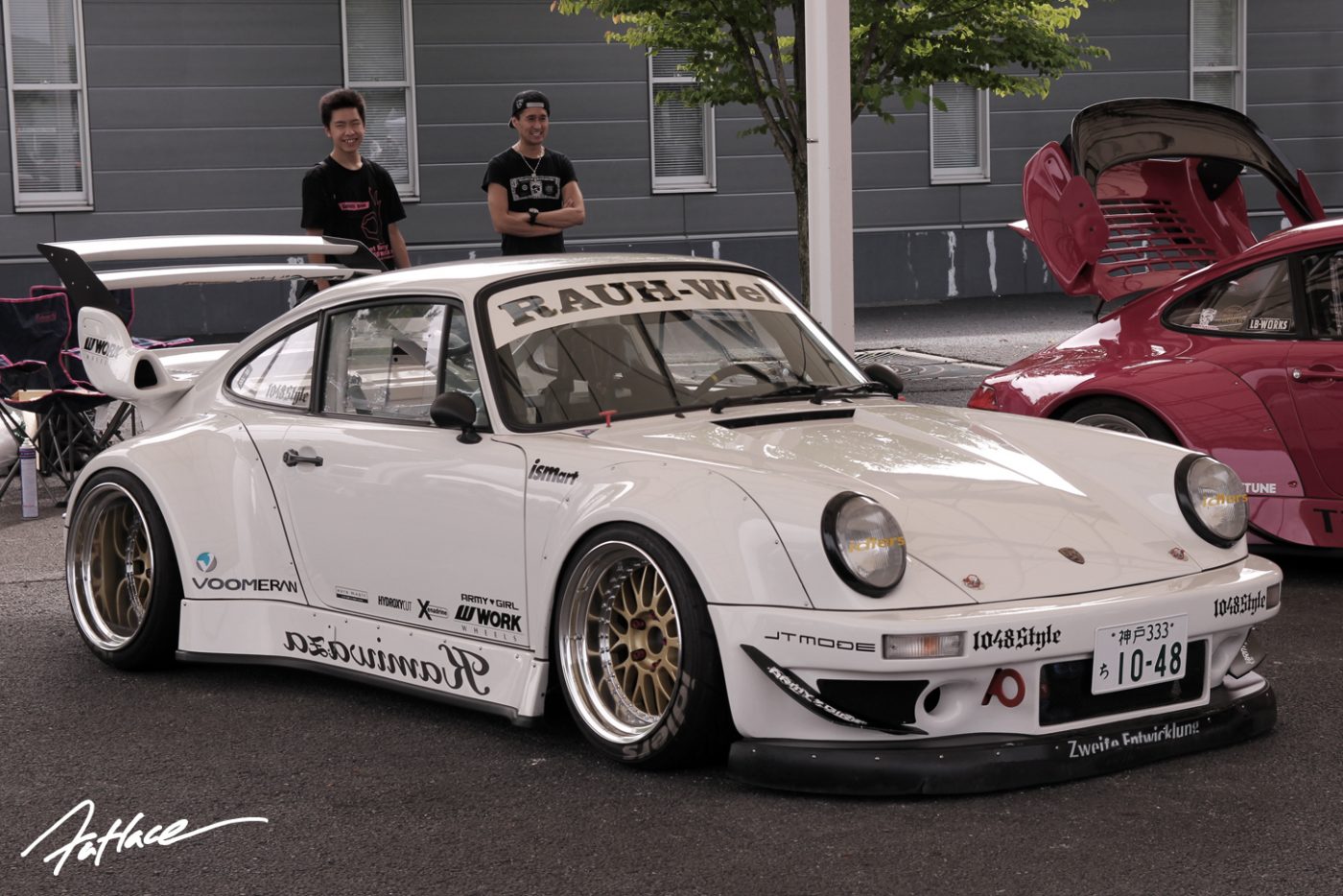 Toshi is the man behind 1048style and part of Ismart. He is also the international director for the following brands: RWB, Liberty Walk, BenSopra, JT Mode, Star Road, Euro Magic and Sarto racing. 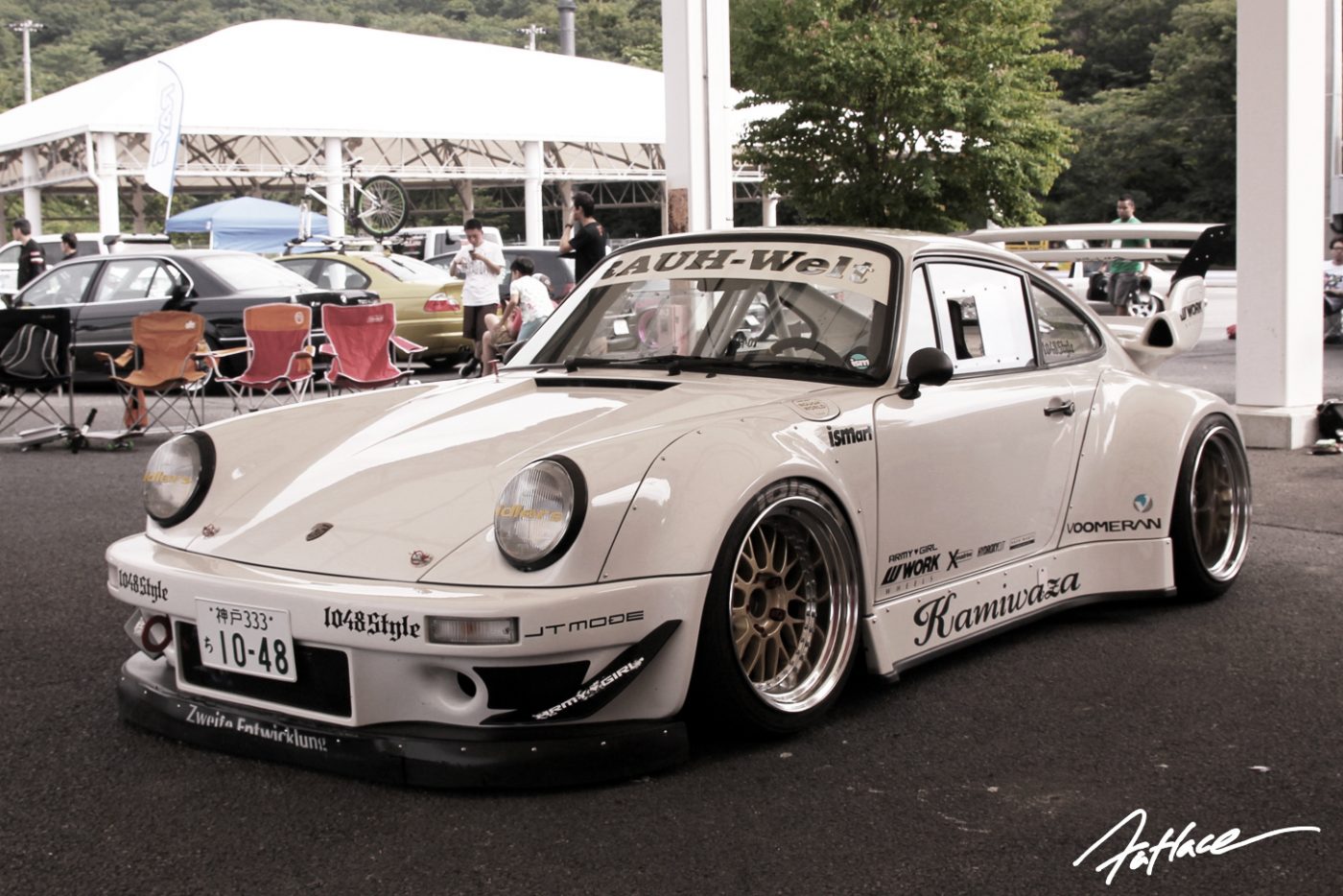 Toshi also owns the infamous RWB Rough Rhythm. Unlike his 993 he mixed retro 930 RWB styling with “in your face add-ons”. 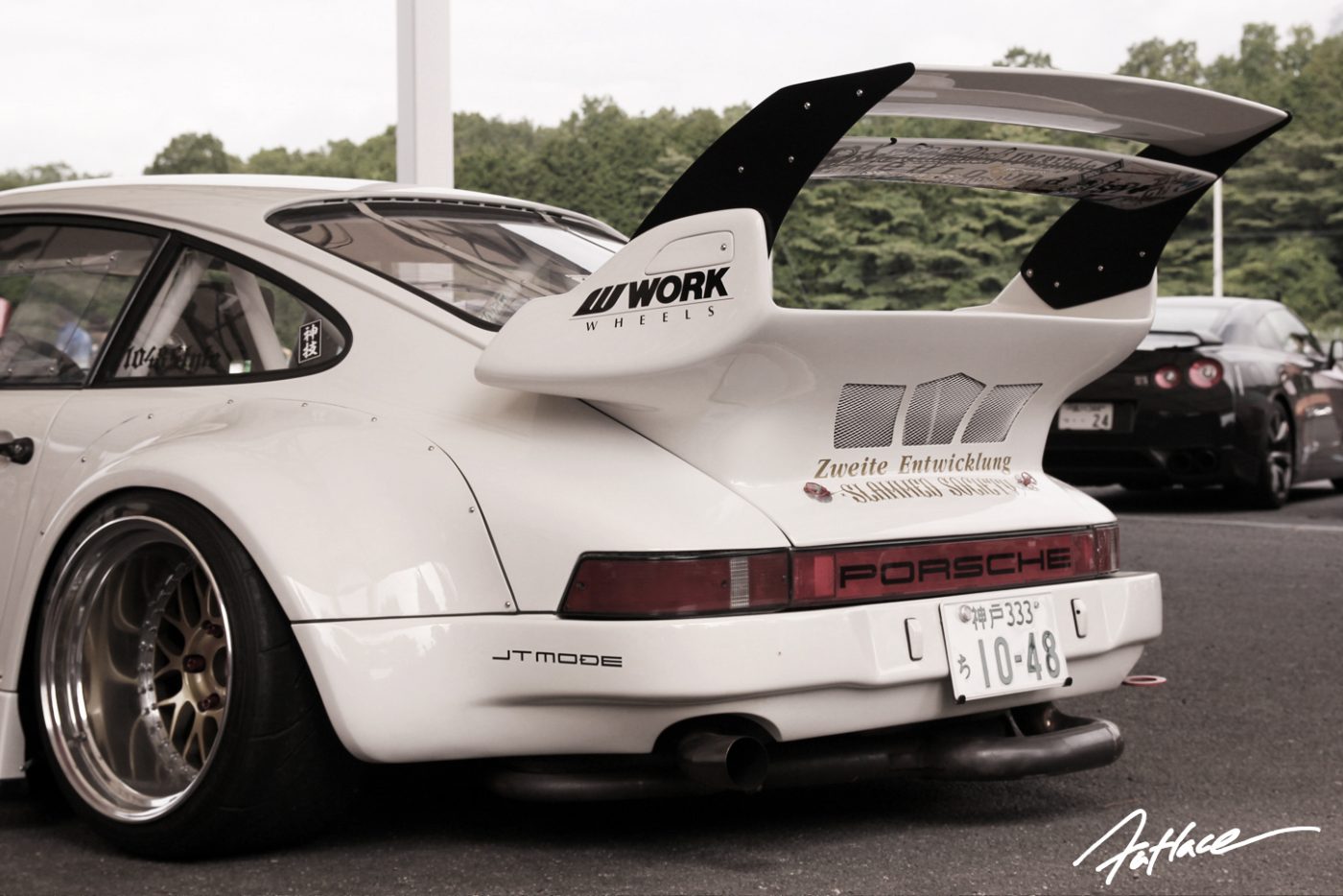 Like this RWB “Triple-Tier Wing” which I believe is the second car to receive one off Nakai-San’s latest aero add-on. 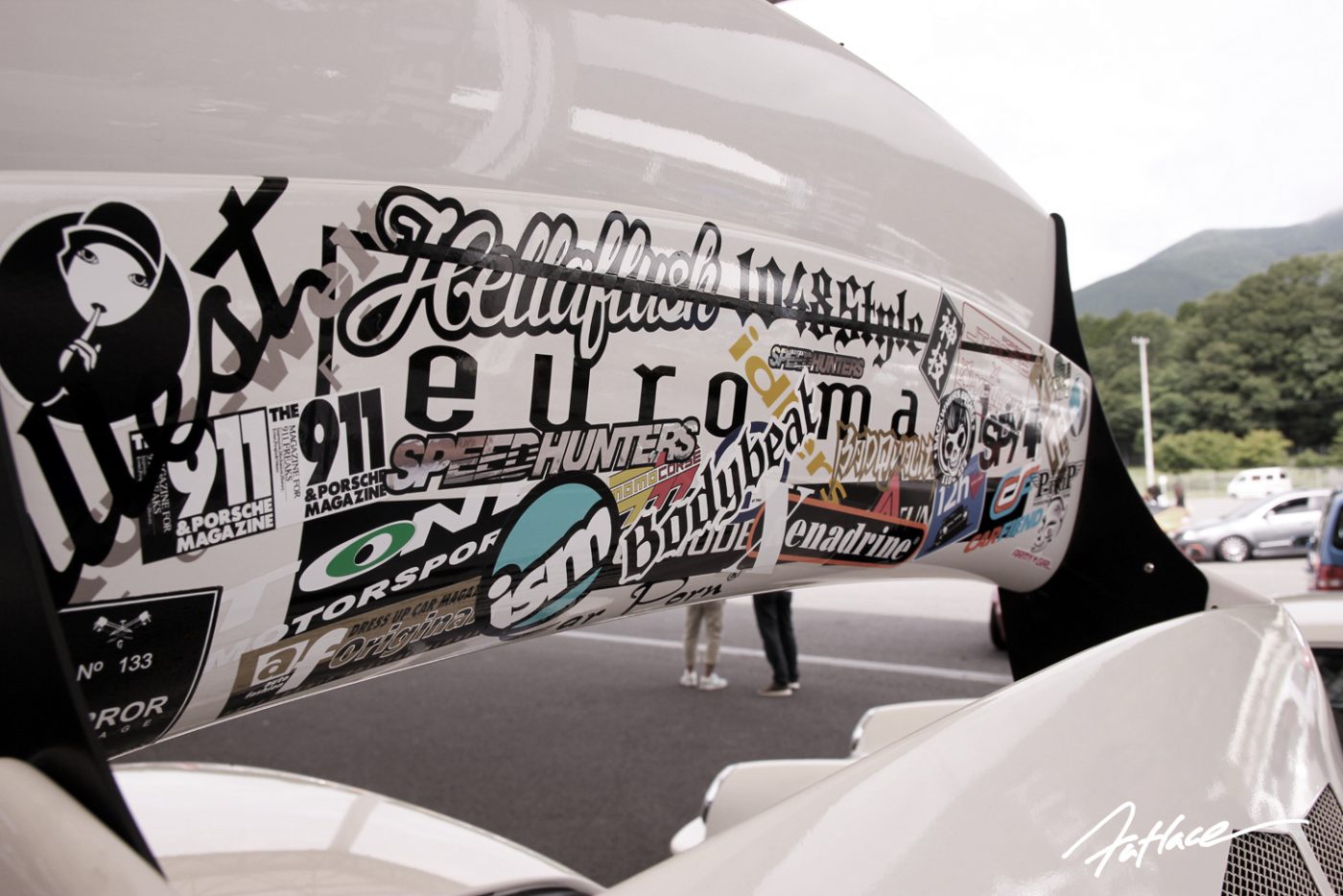 Toshi placed stickers on the bottom part of the wing from of his supporters and owners of RWB from all over the world. 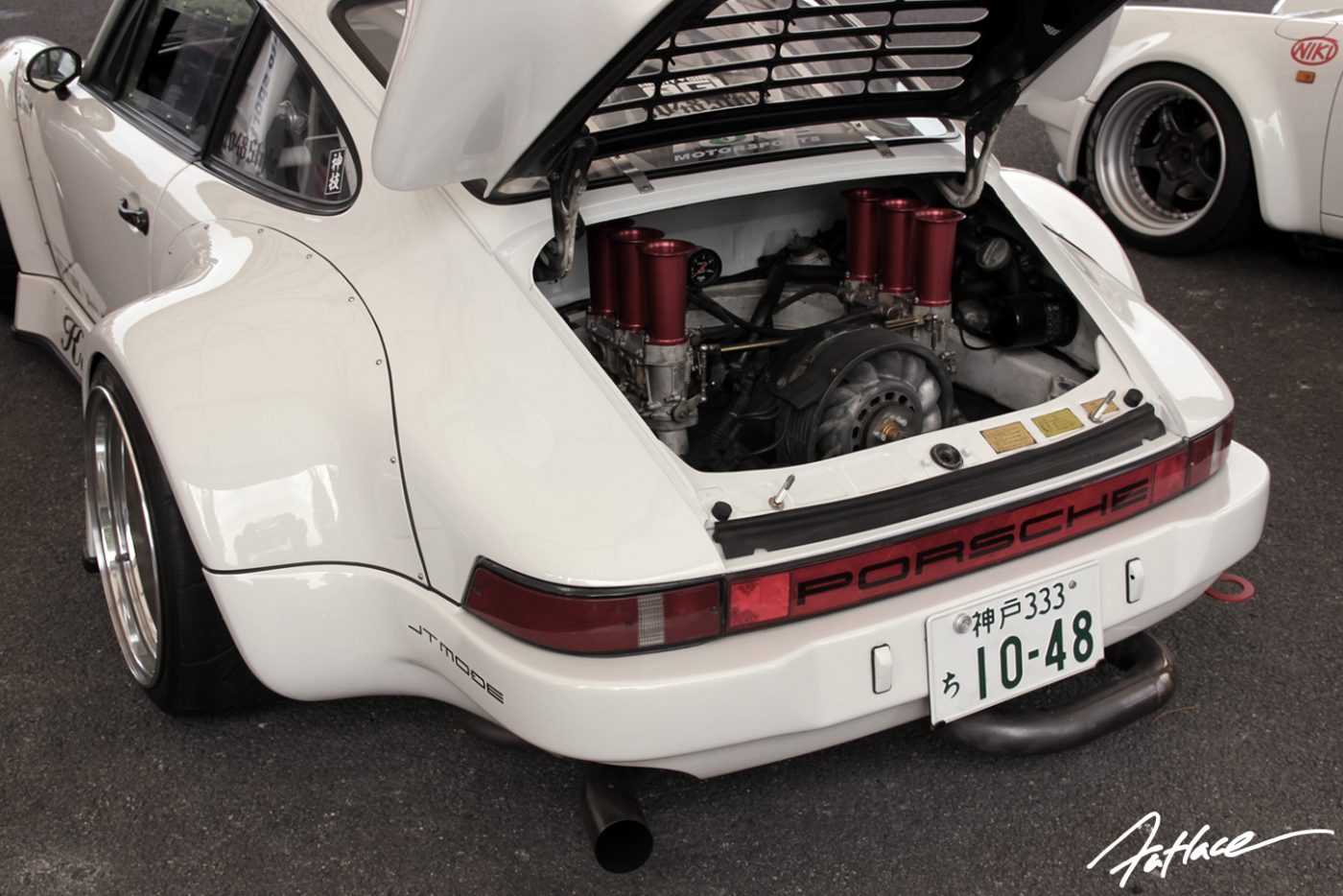 With Toshi’s modifications the 930 now produces 300whp. Check out that exhaust. 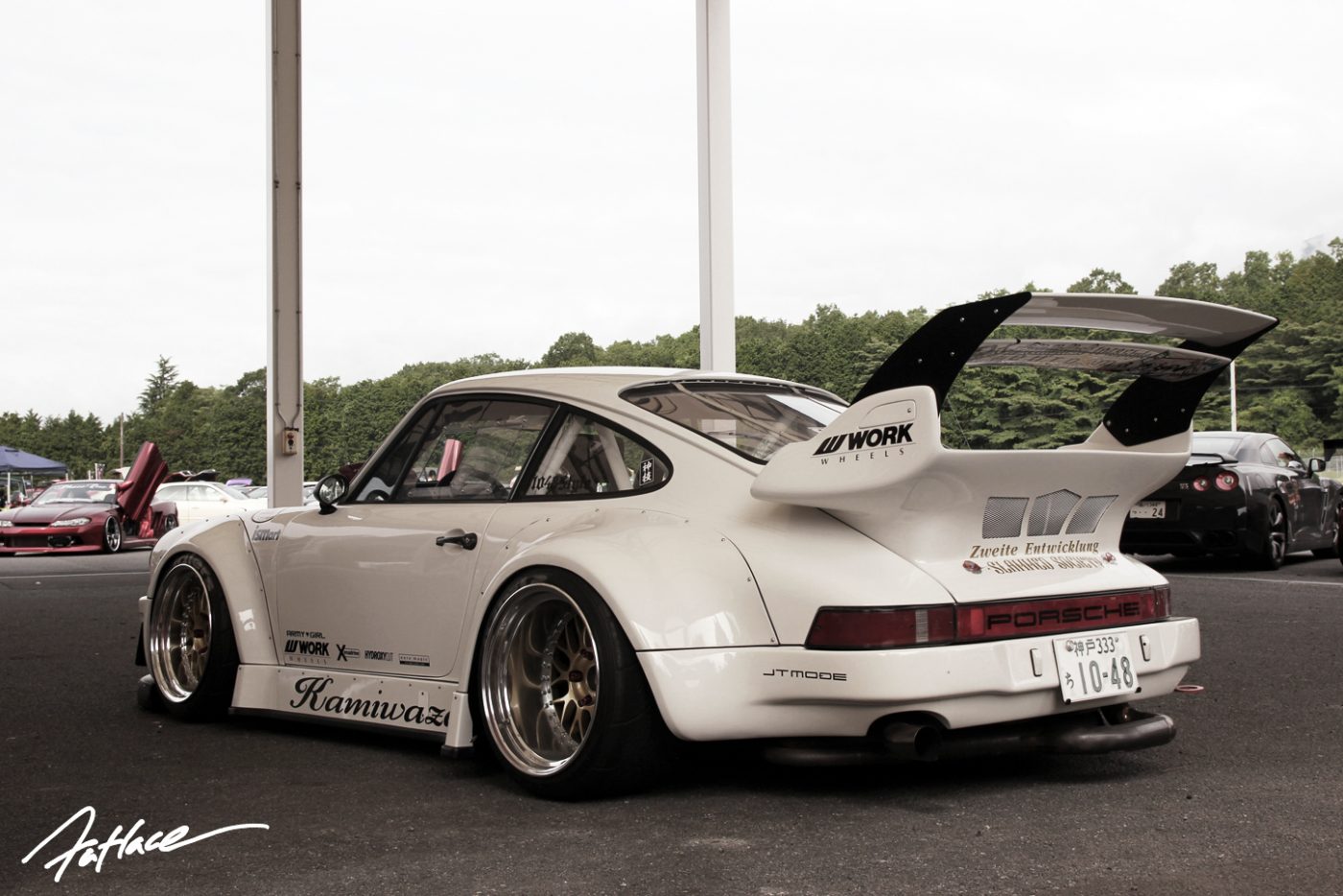 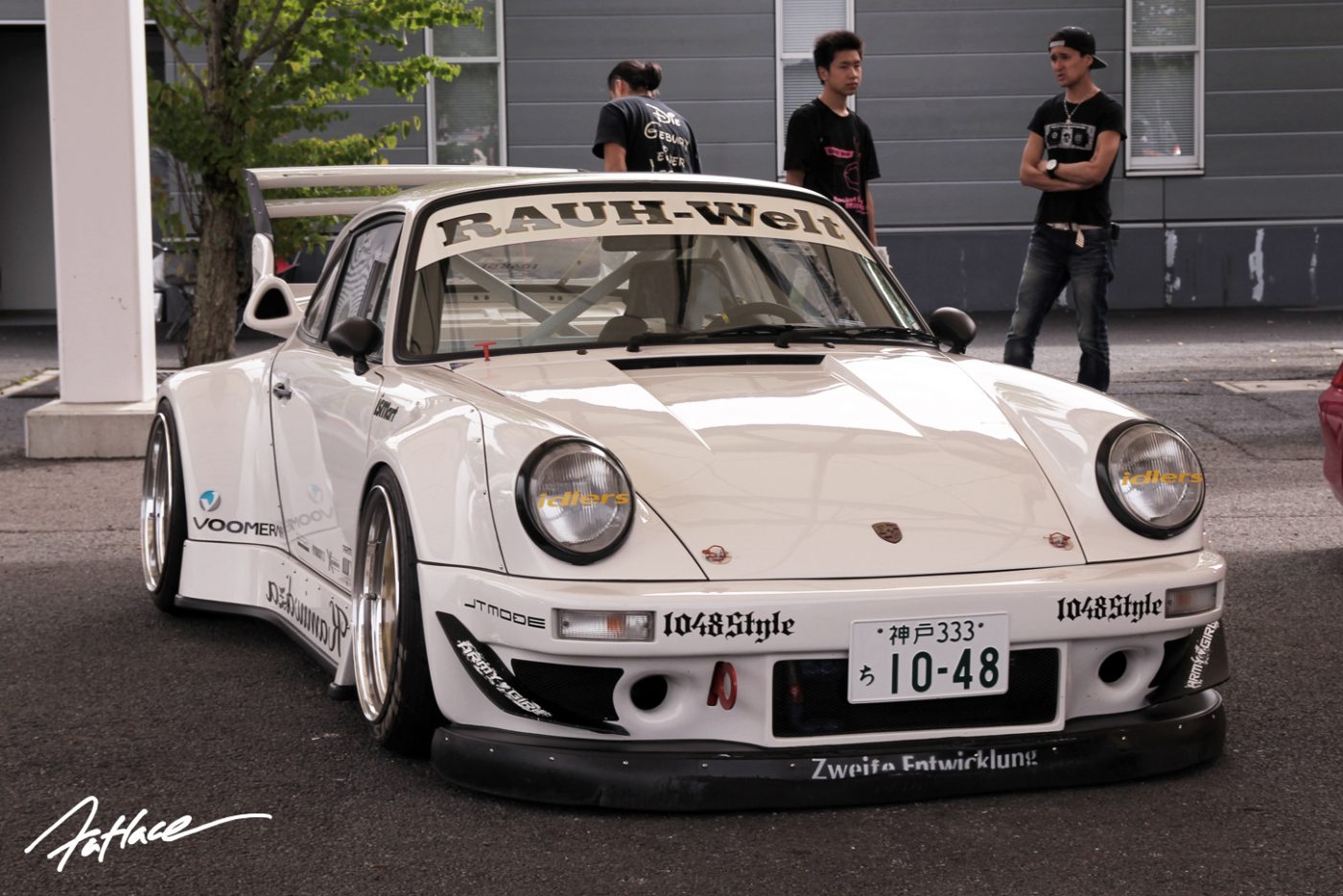 Toshi’s Porsche also serves as a demo car for his brands and Work Wheels. 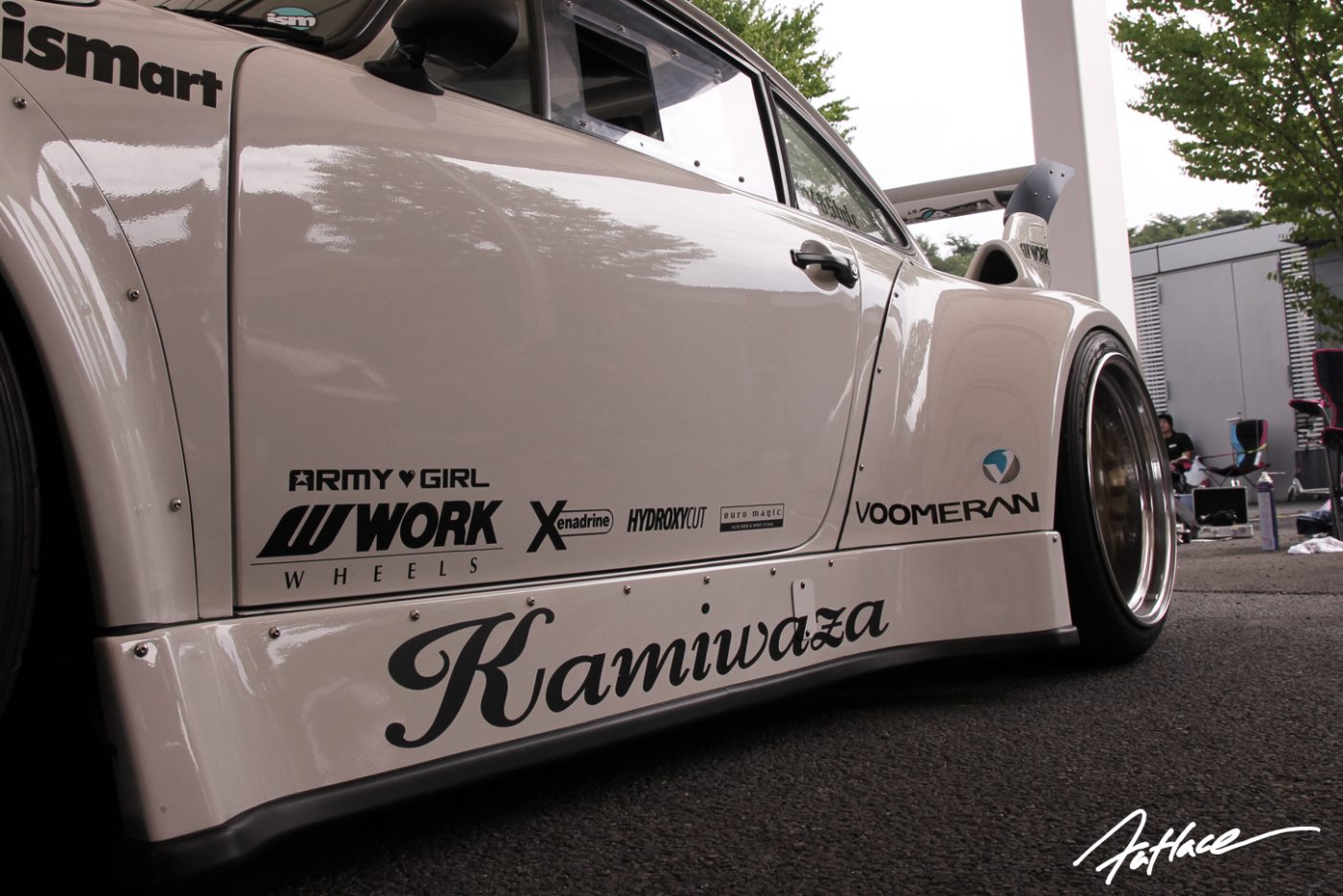 Kamiwaza living up to its name which means ‘godlike‘ in Japanese. 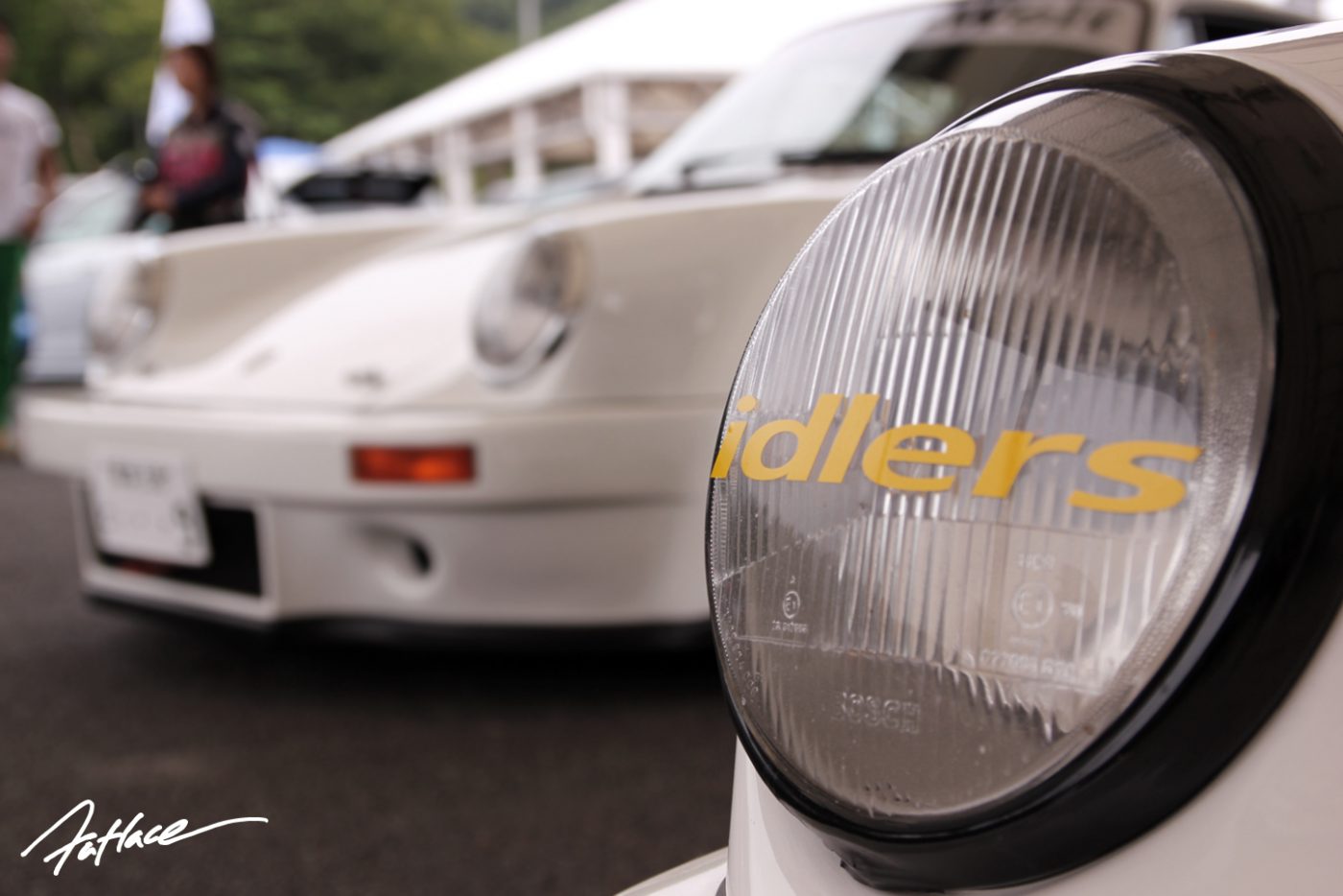 Now it’s time to take a look on one of Nakai-San’s latest creations, a car  made to suit the customers needs. Maria,  inspired by the 70’s IROC race cars is the first one to sport the new kit. Yuji Sakai wanted to add more retro feel and character while maintaining the influence from an RWB. 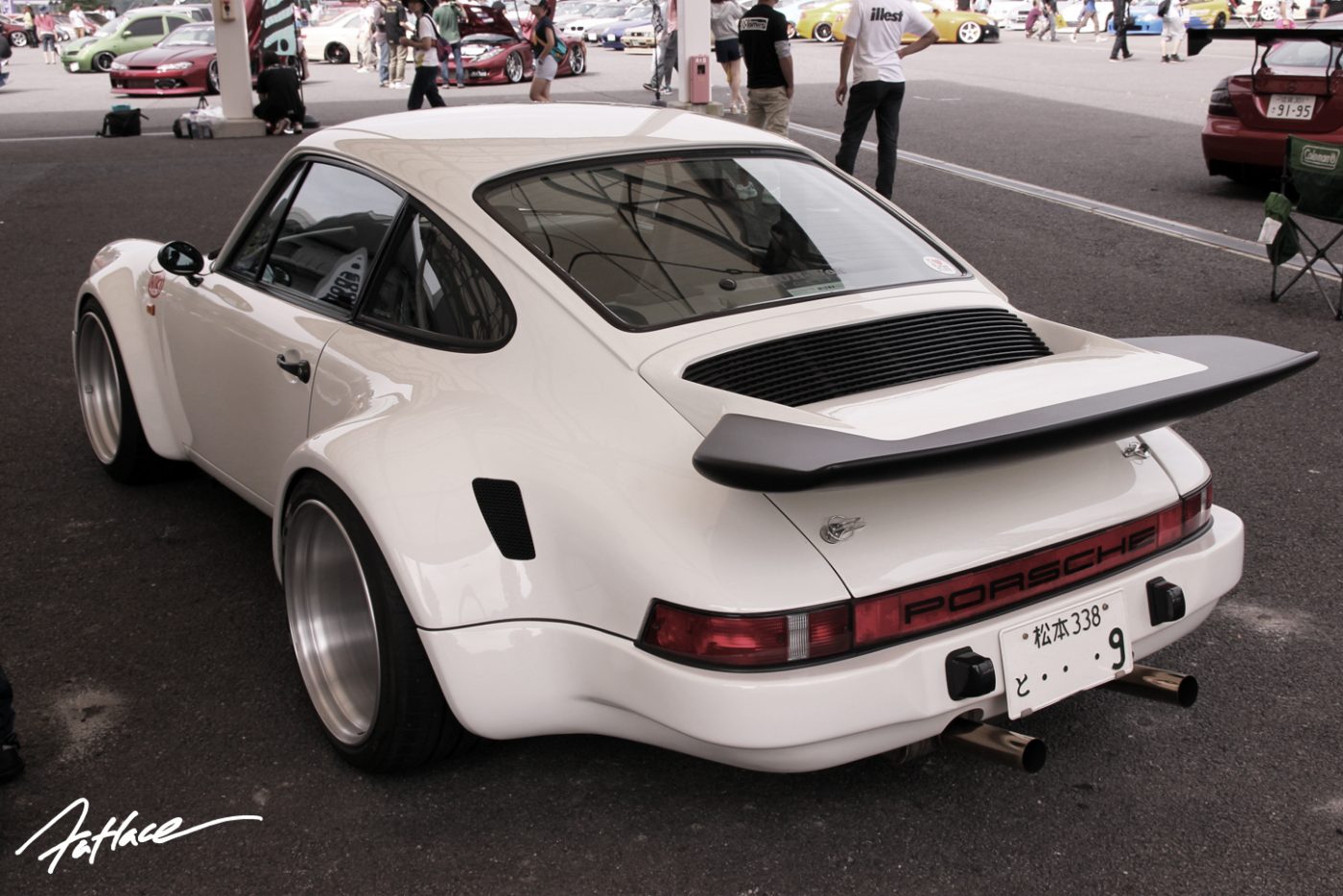 When photos immediately struck the web 2 weeks before my trip, seeing this car in person was one of the things I looked forward to. And yes it does really look good. 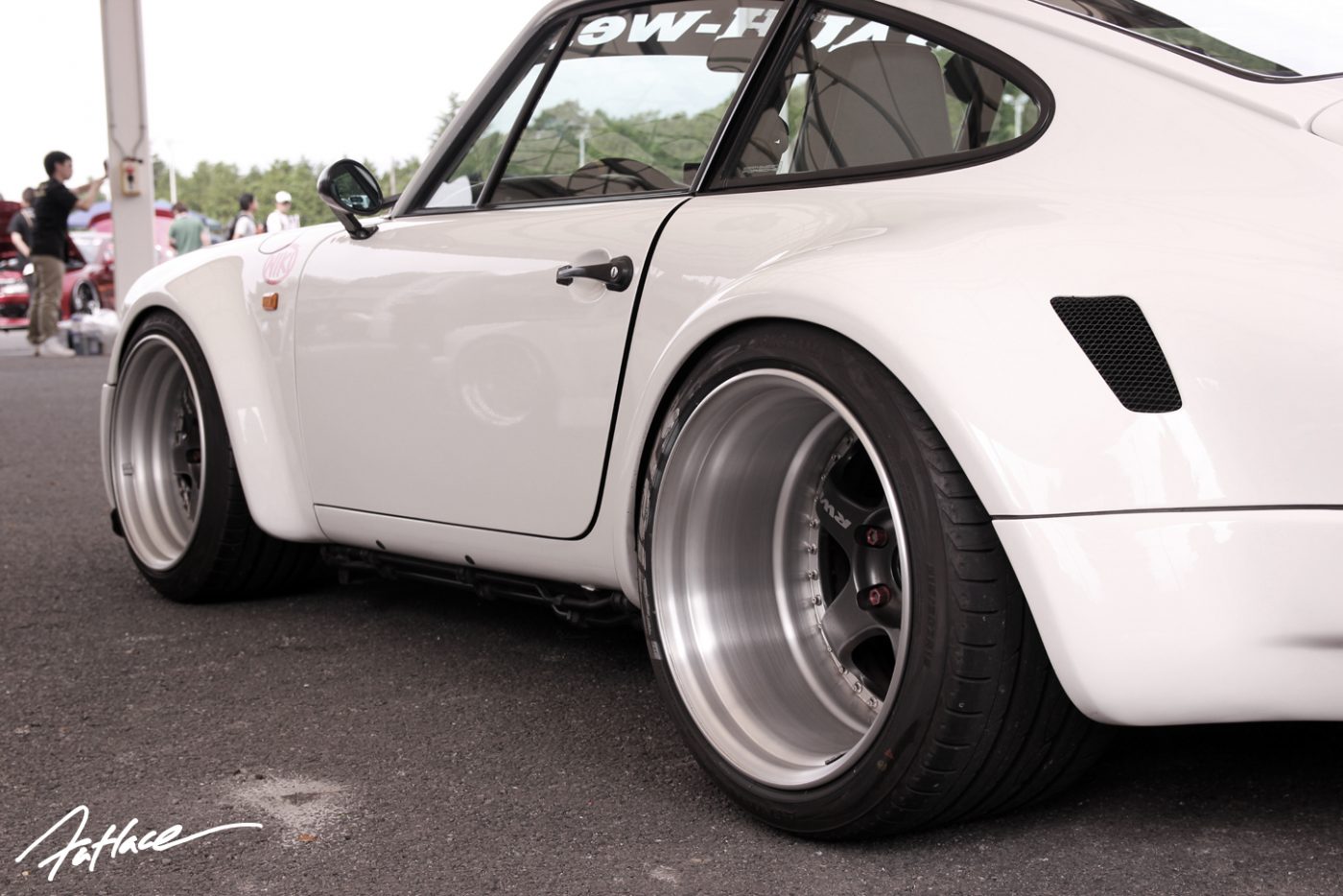 Classic Rauh-Welt ‘fitment’: After seeing an ‘exclusive’ video from one the guys at RWB, I was amazed how Nakai-San test drove it after completion. 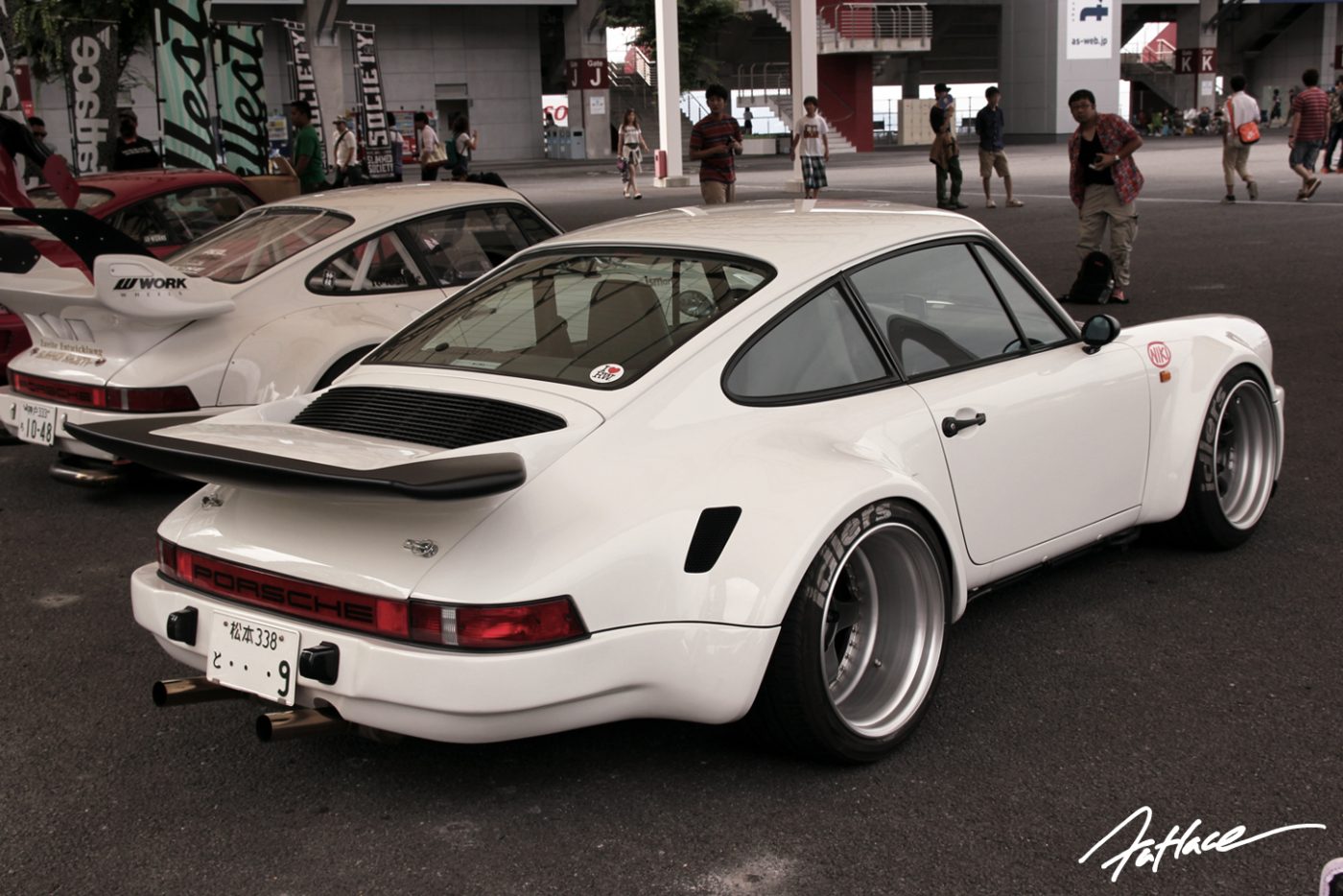 What makes Maria different from most of the RWB’s are the lack of exposed rivets. The wide fenders are still made out of FRP which was carefully installed by Nakai-San. 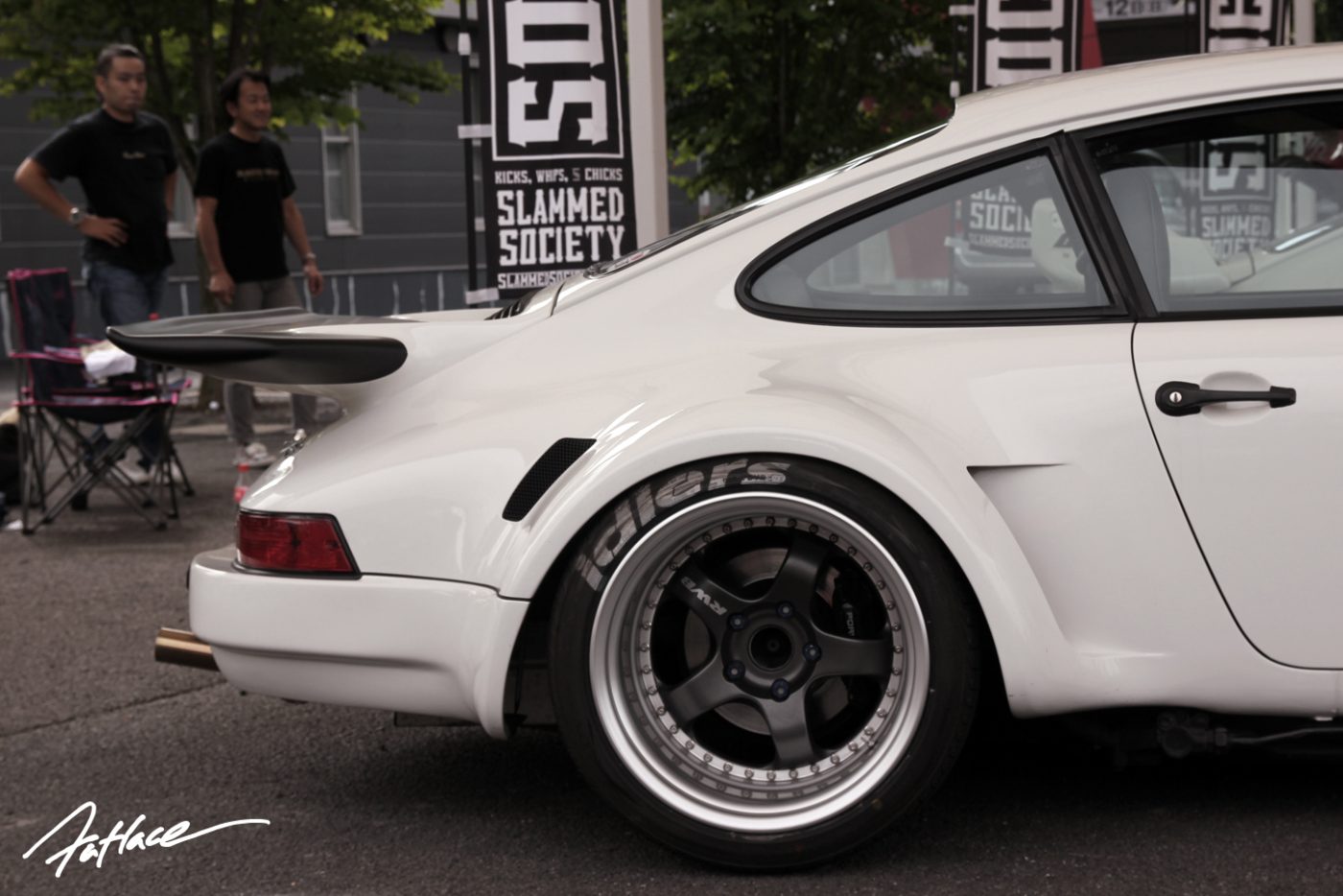 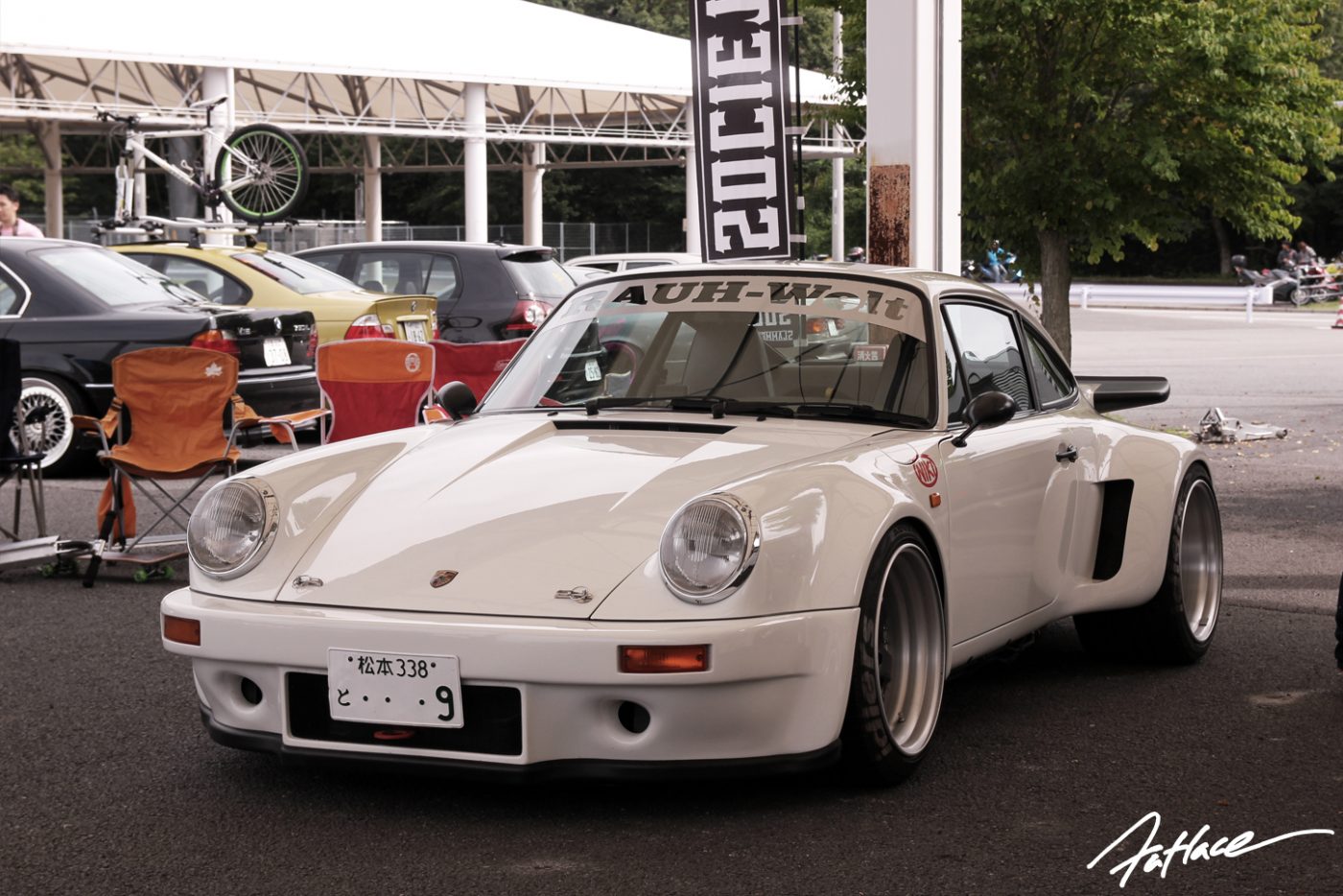 More classic and conservative parts are installed into the 930 like the Vitaloni Californian mirrors and the stainless headlamp trim. Class act by Sakai-San. 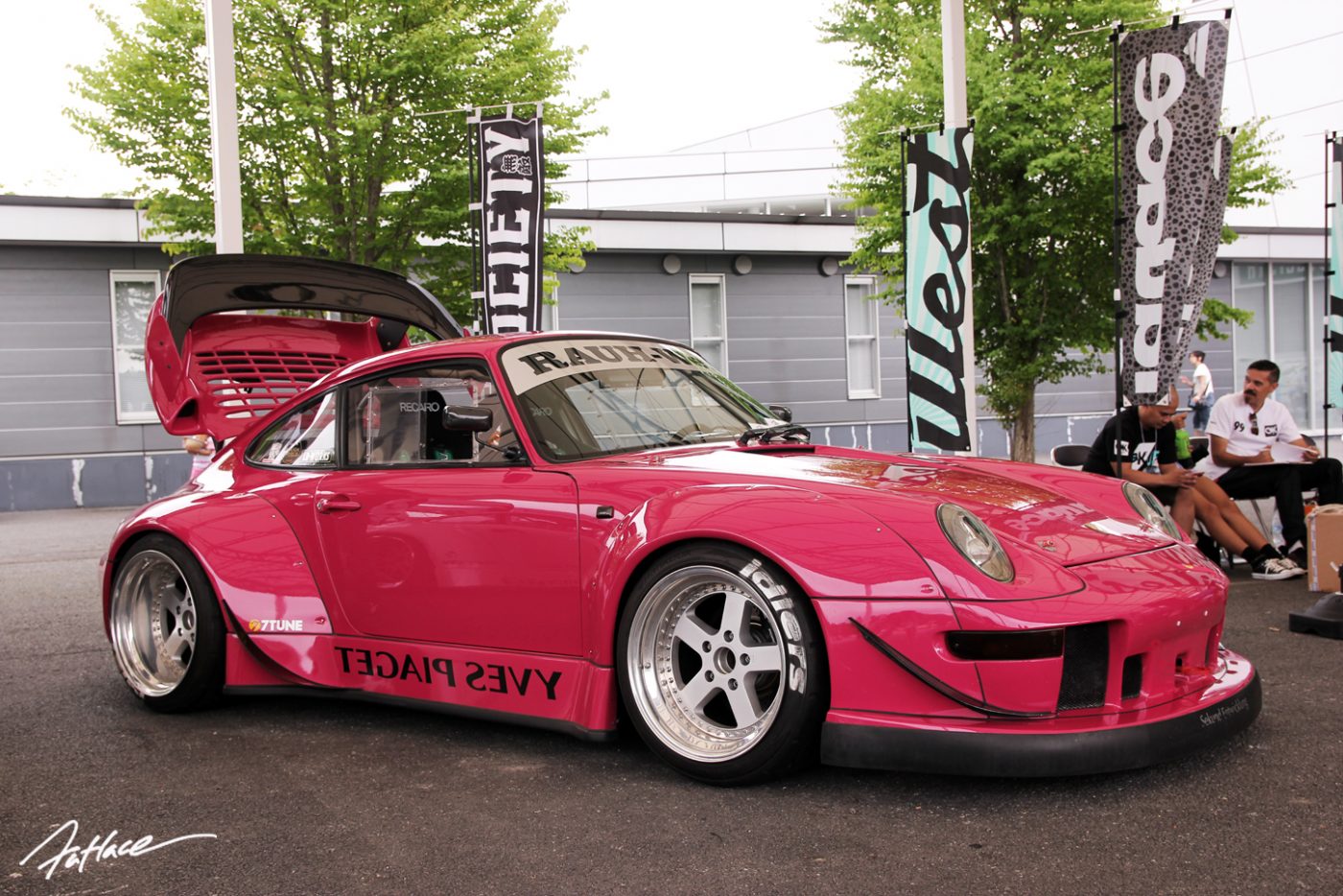 Time for a more modern approach on the Porsche’s. This 993 which is owned by an avid enthusiast, Masaki Shimizu. 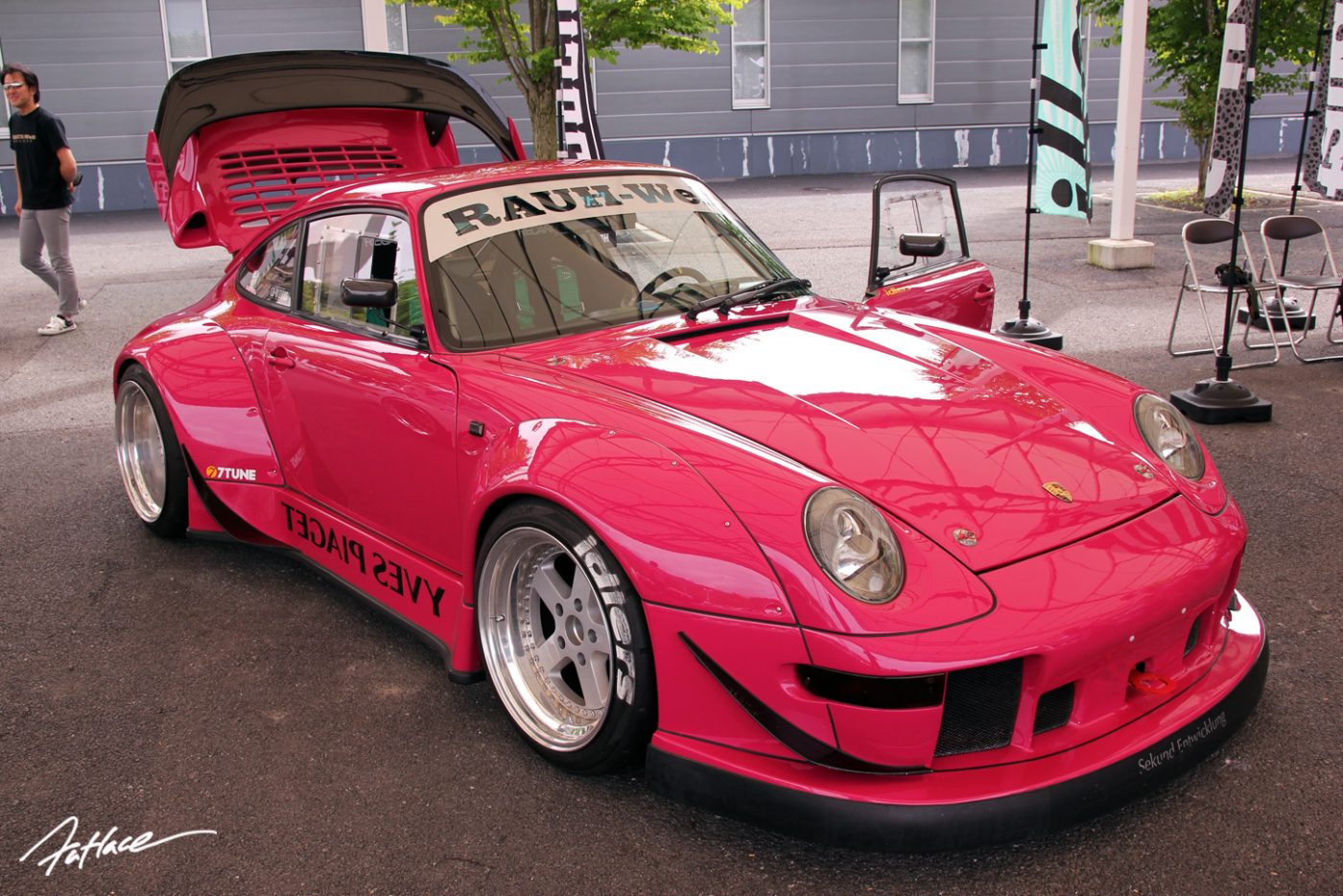 It has to be one of the most striking RWB’s I’ve seen because of its color choice, Yves Piaget or “The French Rose”. Shimuzu-San admits that he did not build or plan the car overnight as it was a result of his hardwork. For me the wheel choice was a very unique move,  Panasports G7 C5C‘s. The car is occasionally seen during runs and track days. Suspension choice is “Nakai’s special”, the Aragosta. He also installed the RWB Kansai carbon fiber dashboard.  More modifications has been done like a 6-speed transmission from a 996. The way the ITB’s sounded on a tuned 3.6 was for the books.

Which struck me most? Tough choice.

Back to the grind, time to save up for one of these.