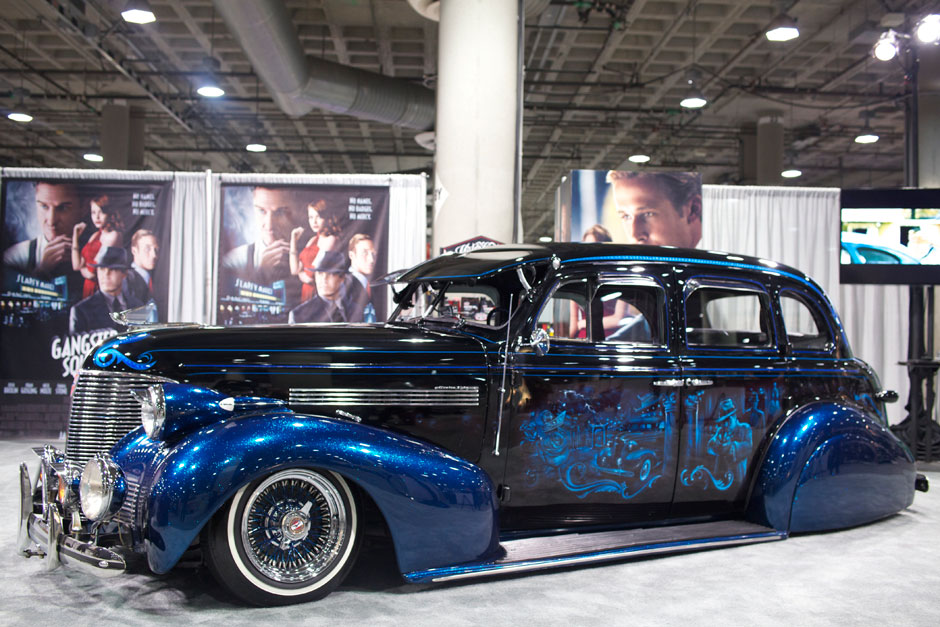 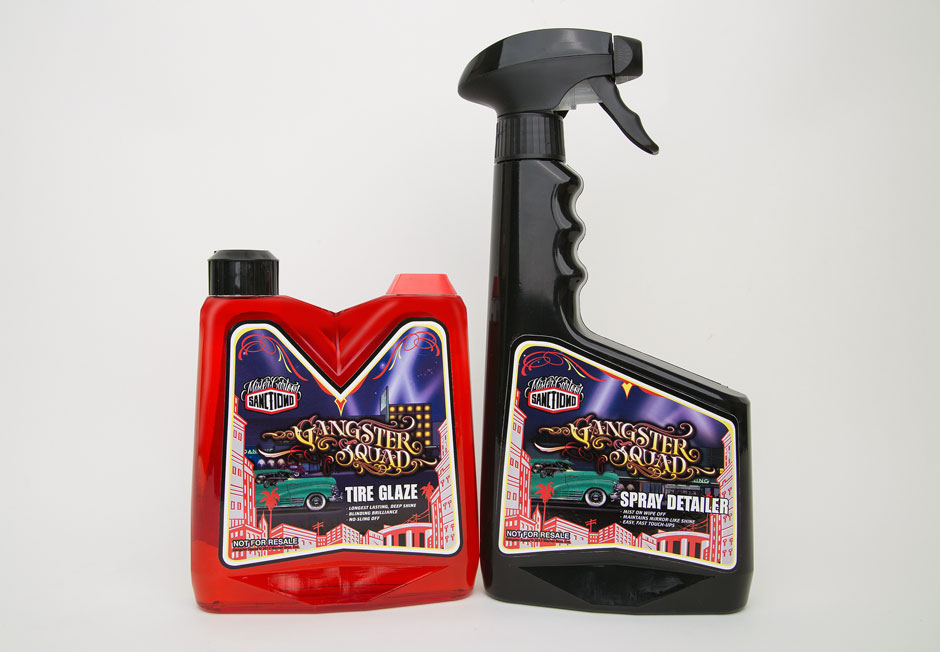 LOS ANGELES, CA (January 2013) – Mister Cartoon’s Sanctiond™ premier car care brand announces collaboration with Warner Brothers on the customized Gangster Squad car—a 1939 Chevy Master Deluxe with hand-painted murals depicting images inspired from the movie—complemented by a limited edition product line featuring Spray Detailer and Tire Glaze with label art designed by Mister Cartoon.
The Gangster Squad car was unveiled at the Los Angeles VIP film screening after-party and displayed at the 2012 Los Angeles Auto Show. The vehicle traveled the country on an exclusive film screening tour where guests were invited to select theaters for advanced screenings of the movie. The car was on display on the red carpet for the film’s Hollywood premiere on January 7th, 2013.

“It’s a great experience to be able to attach my brand to another piece of art, such as the film Gangster Squad,” said LA artist and Sanctiond™ founder Mister Cartoon. “It’s artistic filmmaking and I’m honored to be involved. These are some of my favorite actors and I treat this as a collaboration with them”.

Sanctiond™ CEO Atticus Firey says, “This high-profile car and its priceless paint job deserves only the best care, which is why we sent the Sanctiond™ Mobile Detail Unit with the customized Gangster Squad car to each stop, giving away free product and car detailing services to guests. Ten VIP kits were also gifted to winners from local radio station contests.”