The 2011 Project Scion TC GT is currently featured in the pages of Import Tuner magazine complete with Fatlace logos. The car has a small image on the cover and a full feature article along with Shawn Baker’s winning Scion TC. The article came out pretty good comparing and contrasting my race version with Shawn’s street styled concept. There are a couple small typos in the article :), but now the big news is that the kit Jon Sibal and I designed with Seibon will now be used by Papadakis Racing and Formula D, Rookie of the Year, Frederic Aasbo in the new Need for Speed 2011 Scion TC rather than 2x Formula D champion, X-Games Gold Medalist, and host of Top Gear, Tanner Foust. More on this news can be read HERE.

It’s personally gratifying to see the photos in print form that photographer Luke Munnell was able to capture from the shoot. I’ve been a fan of the magazine since around 1998 when my younger brother first brought the magazine home from the local grocery store. There’s only a handful of tuner magazines left that I actually still read and this is one of them.

Be sure to pick up the issue for the full coverage. Below is a excerpt of the article only. 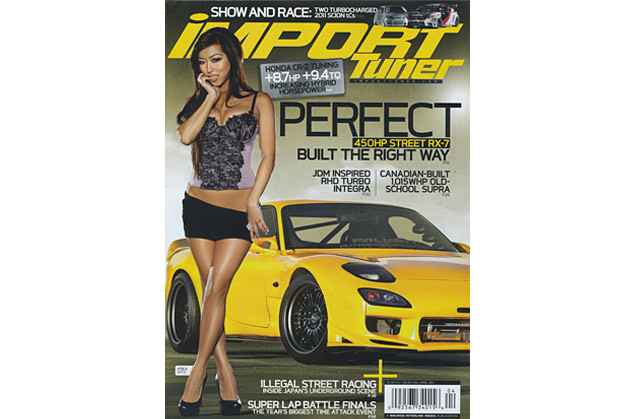 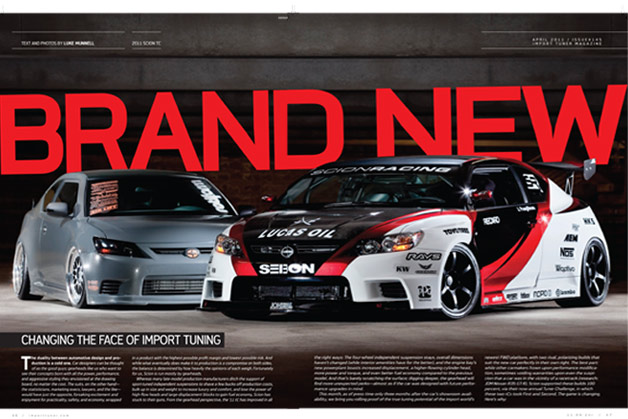 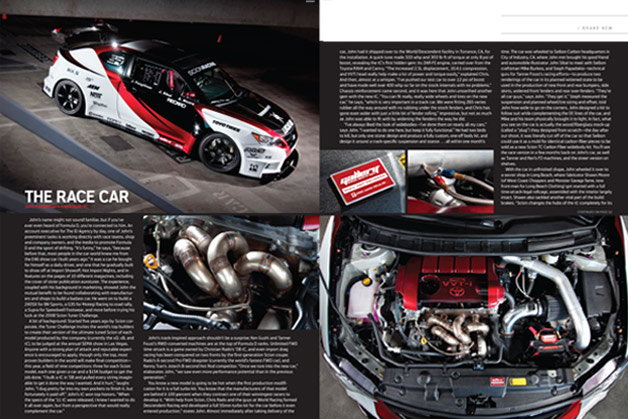 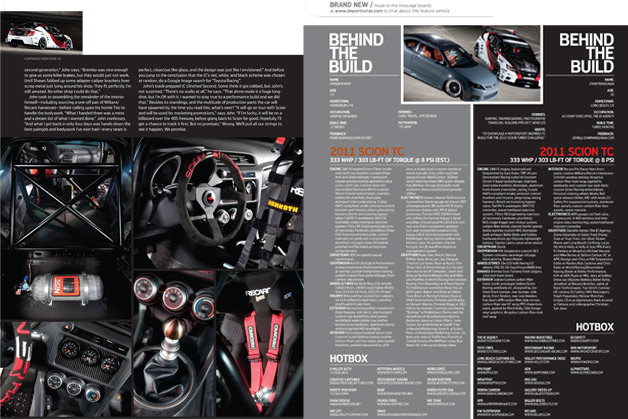 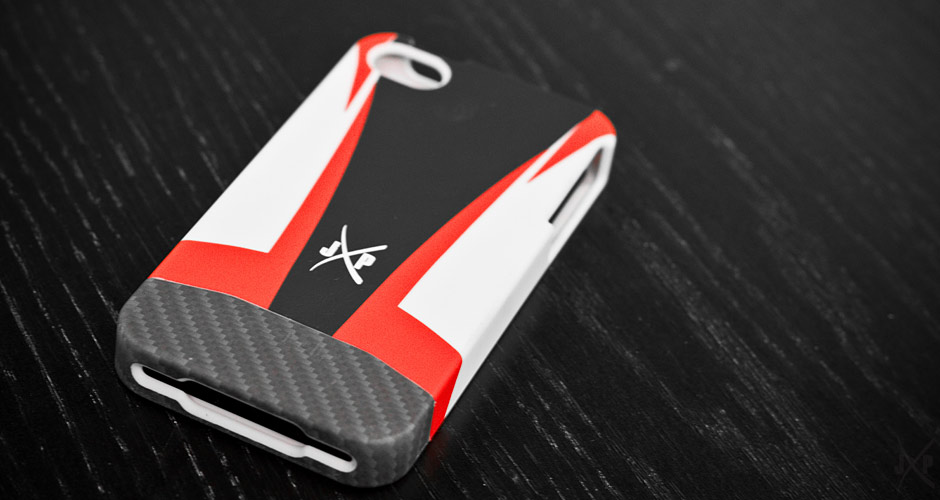 One of my partners on the Project Scion TC GT was Incipio. Incipio makes great quality cases and now awesome bags. They have worked with a few brands such as Fatlace, Us Vs Them, and Alpinestars and I’m honored to be part of the team. (Thanks Jarod for the intro)

When I initially approached the company to sponsor the project the idea came to design a case that was inspired by the car’s livery. We were pressed for time to get a few sample pieces ready, but I think the end result was pretty cool for my first collaborative project with a cell phone company. I personally don’t own an iPhone 4 yet…but might need to make the switch soon just to be able to use the case.

The limited edition cases were given to a few select partners that helped make the build a reality and a few media friends. I do have a couple extra cases and would like to hold a small contest to win one. ReTweet this post along w/ @john_pangilinan and @myincipio for a chance to win.