Last night I attended the soft opening of Seoul Sausage‘s second location in Little Tokyo. The invitation came abruptly, in the form of a DM, on the same day. The guys – Yong, Ted, and Chris – had been dealing with permit issues and quickly got the green light. So just like that, the soft opening was a go. How could I miss it? I’ve seen this team go from test kitchen to Food Network to Sawtelle and now to this.

When I started my blog/clothing line years ago, I wrote a lot on Seoul Sausage. Our relationship started with a t-shirt I released called “The Forever Young”. Yong caught wind of it (he had to have it), emails were exchanged, and here we are. I documented their test kitchen at Chris’ old apartment, I photographed their appreciation night at a K-Town rooftop, I attended their viewing parties for The Great Food Truck Race, I was there when their first location on Sawtelle opened, and I featured Chris here as a Tastemaker. I briefly sat with Yong last night; we reveled in how crazy the Seoul Sausage whirlwind has been and how the soft opening was strictly for the “day ones”. The place was packed. I was happy to be among those who have surrounded themselves with guys like Yong, Ted, and Chris.

Seoul Sausage #2 is in Downtown LA, in the middle of a booming diaspora of the wealthy/foodie/drinkie/hip.  The menu goes beyond sausage and now includes a bar with craft cocktails. And, you can actually sit down. It is the grown and sexy version; the guys really put their big boy pants on for this one. 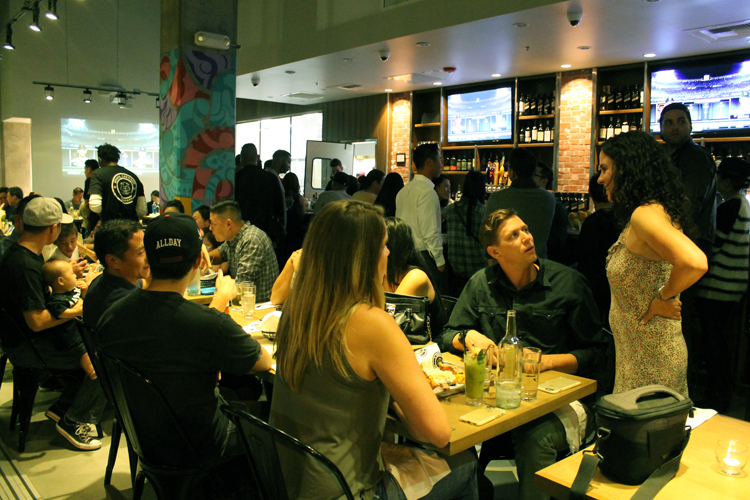 I had the Angelino dog. I can’t quite remember what was in it (might have been all the Mezcal I drank). But it had pico de gallo and avocado creme and black bean puree. I sipped Chris’ version of ramen alongside it and engaged in conversation with Krista (Travel + Leisure) and Mike (LA Brew Techs). They had a Chinese spiced lamb sausage that apparently was to die for… 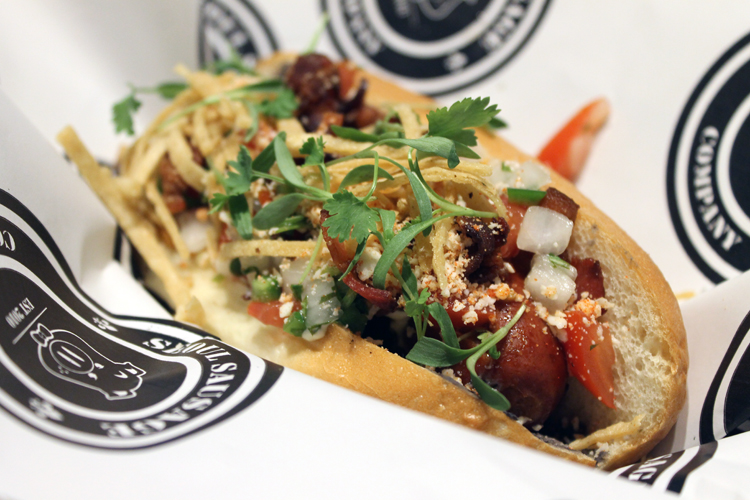 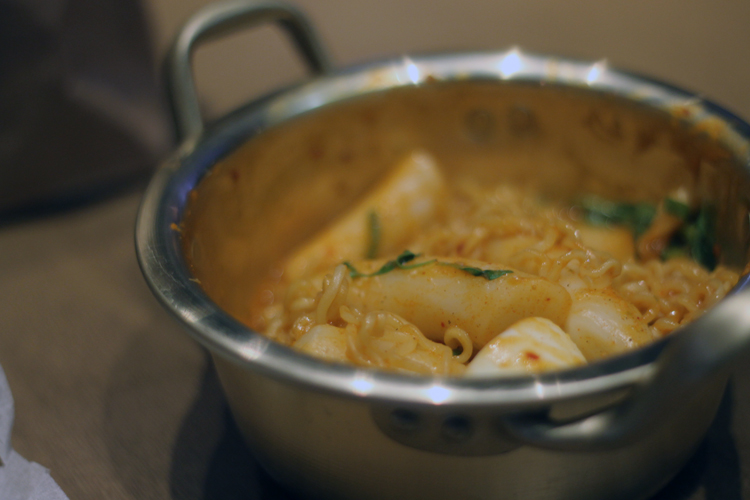 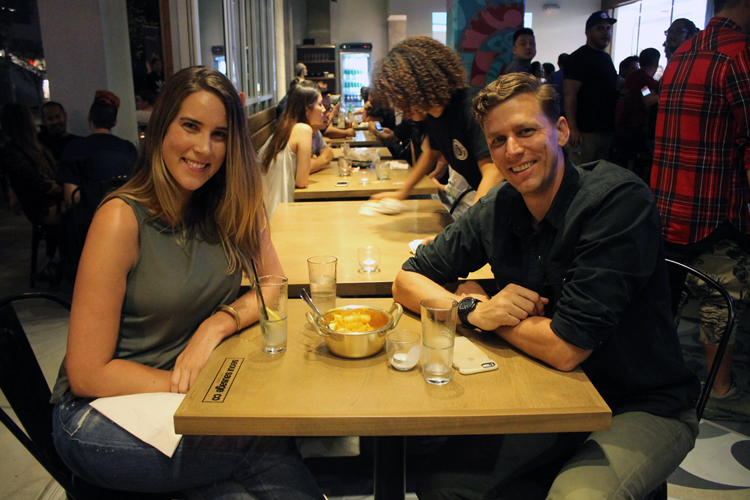 By the end of the night, hugs and high fives were abundant. Yong, Ted, and Chris did it again. Congrats! 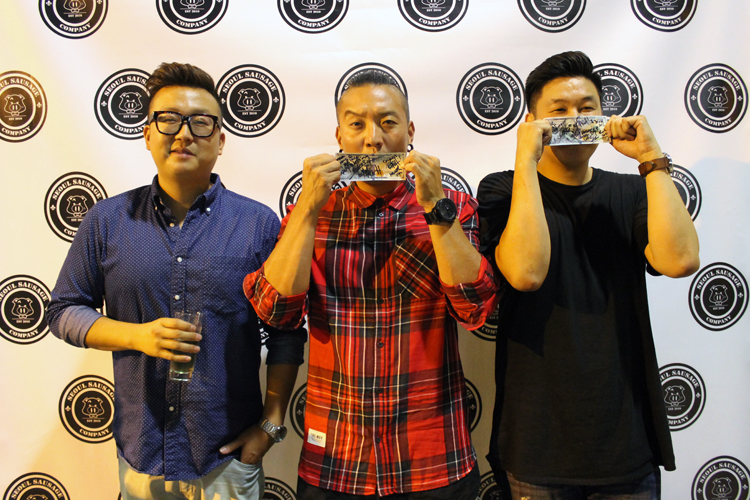