The 2012 Stadium Drift Pro Tour kicked off the season with a massive start at Queensland Raceway, with many fresh builds hitting the track for their first competition. 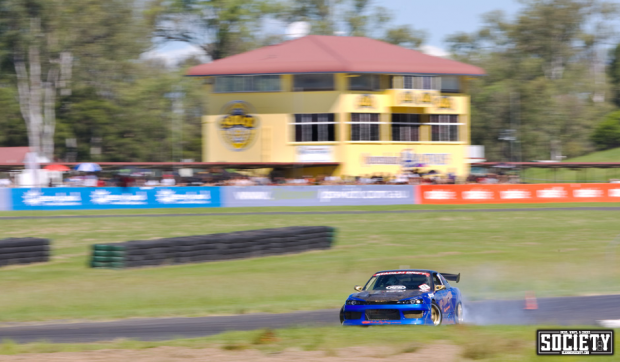 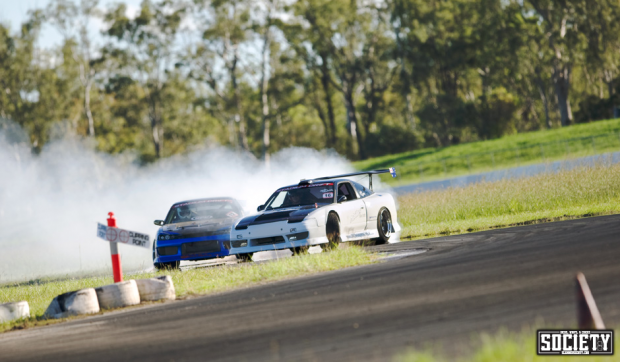 One of the notable additions to the field is Nick Coulson’s Holden VE Ute, sporting the Australian flag livery. Pushing well over 400HP with just cams and an exhaust, the VE looked more than impressive on track. 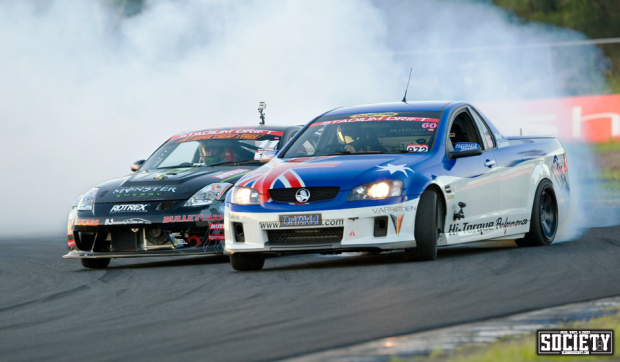 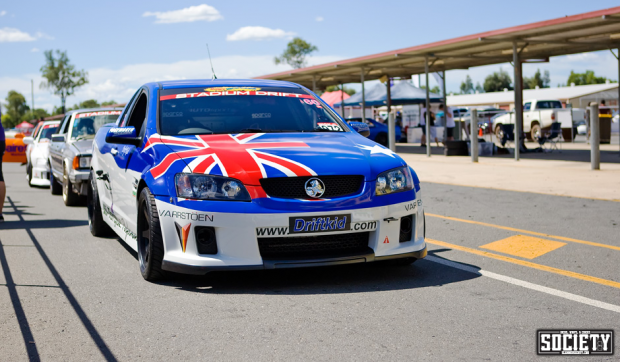 Levi Clarke has joined the Tokage team and has completely overhauled the Soarer for the 2012 season. 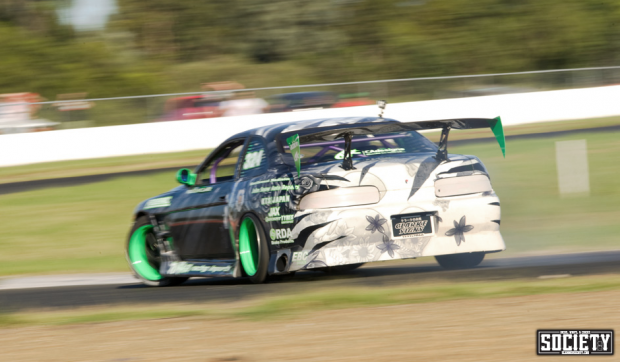 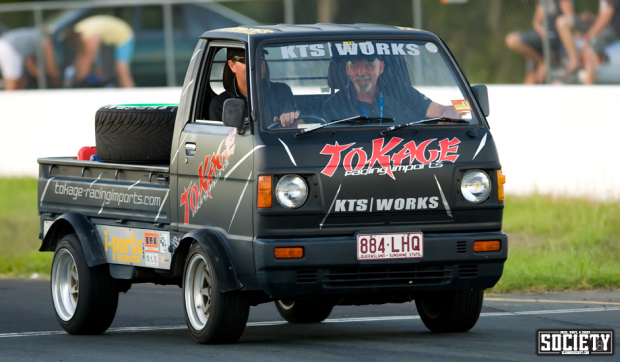 It was also great to see the Hi Power Racing S15 back out track with Jerome Kennedy behind the wheel. With a complete JUN engine package and an extrodinary ground up build, this is a impressive car to watch. 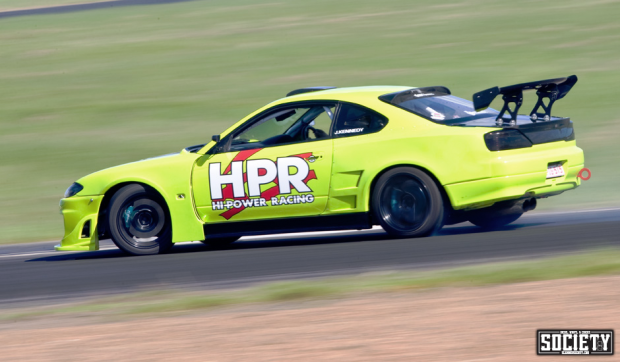 With a full season competing in the Formula Drift Asia Series in 2012, GT Radial Drift Team driver Josh Boettcher is packing his exceptioanlly well sorted S15 into a shipping container and is sending it overseas for each of the FD rounds. So ten days prior to the first round of Stadium Drift, he picked up a Sil80 so that he can continue to compete in the local rounds with his high powered S15 currently getting a full engine rebuild in preparation for the first round in Malaysia in less than two months’ time. 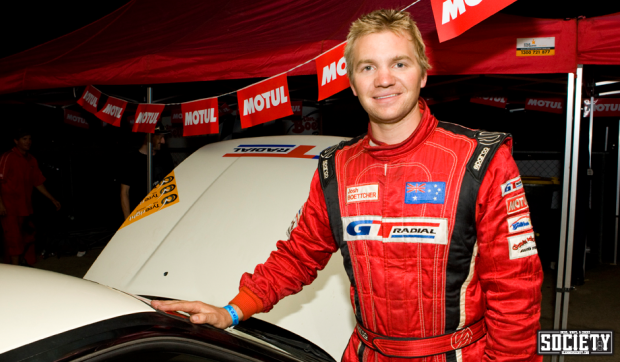 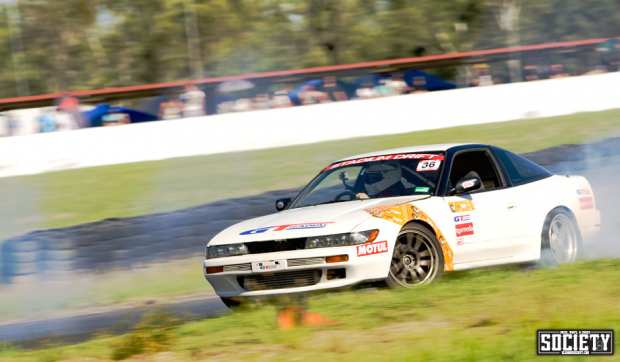 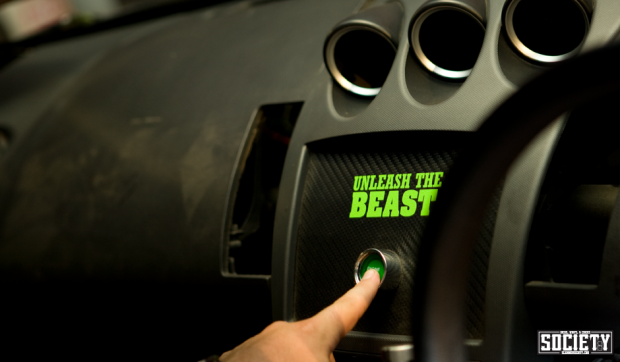 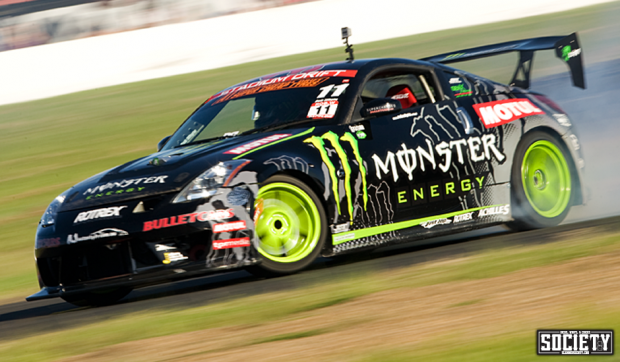 With the practice session underway from midday, spectators lined the pit wall to watch as drivers bake the final turn on to the main straight. 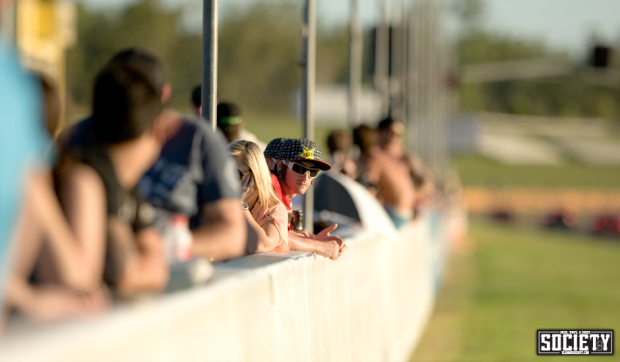 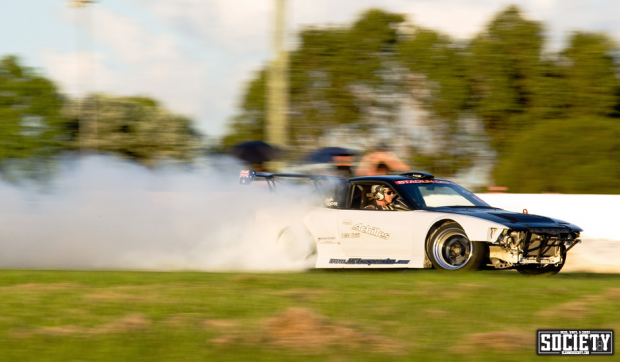 The new battle format saw the competitors fighting for spots in an A and B main final, with 4 places in each and the winner of the B main earning a spot in the A main final, which worked to the advantage of 2011 series champion Dan ‘Showtime’ Kenneally who spun in the qualifying but took of the B main to advance to the battle for top 4. 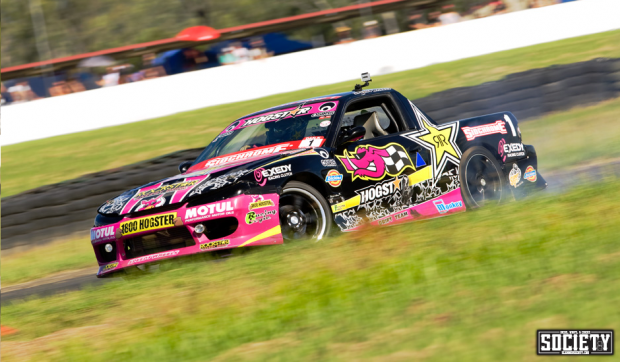 Being an afternoon and evening event, the sun dipping over the horizon provided a welcome drop in temperature as the final battles took place. With a tough day of competition and hot weather wreaking havoc for teams, Tony Harrison prevailed and took out the top honors for the day. The final results were, 1st Tony Harrison, 2nd Rob Whyte, 3rd Mick Rosenblatt and with a very impressive performance, privateer Kris Klutke battled his way into fourth place in his first outing in the Pro Series. Following the main event, drivers were invited back on track for an evening expression session before the event came to a close. With very little available light, I made the most of the opportunity to catch a little of the action after dark. The tour has 8 rounds for the 2012 season across the east coast of Australia and will be a highlight of local drift action for both drivers and spectators. The next round of the tour is at Stanthorpe on the 15th of April and will really see drivers pushing as the battle for series points and outright victory really heat up!