So recently I sold my FR-S and got a 2014 4Runner Trail Edition and I’ve been researching lift kits and wheels for the truck. My friend Alex has a crazy tacoma so he’s been helping me out with parts. He runs Stealth Custom Series wheels and he suggested that I should run them too. I went to the SCS warehouse which was located in Oakland which wasn’t too far from my house. That’s where I met Vin and got to see his Tacoma. He’s the owner of Stealth Custom Series. 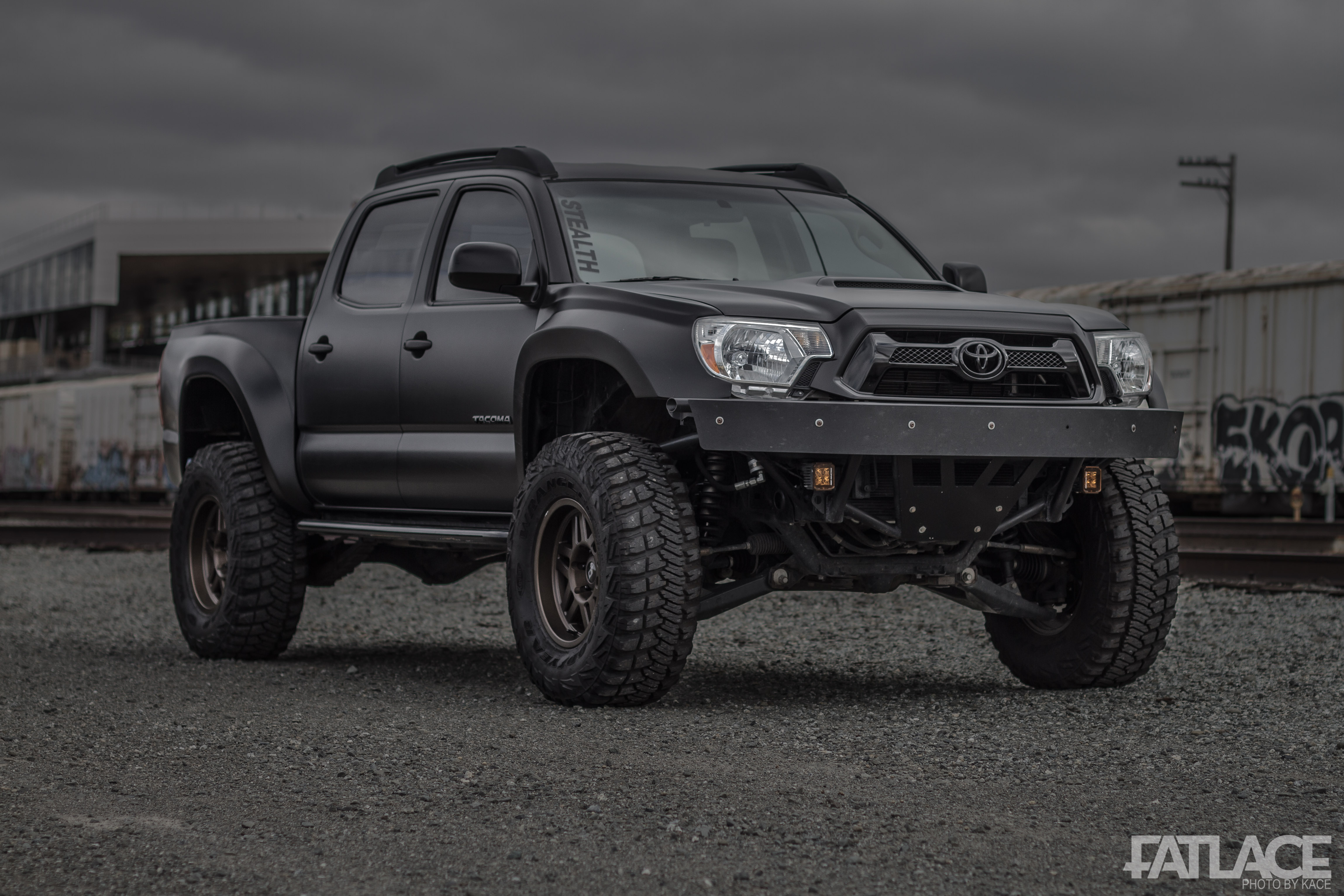 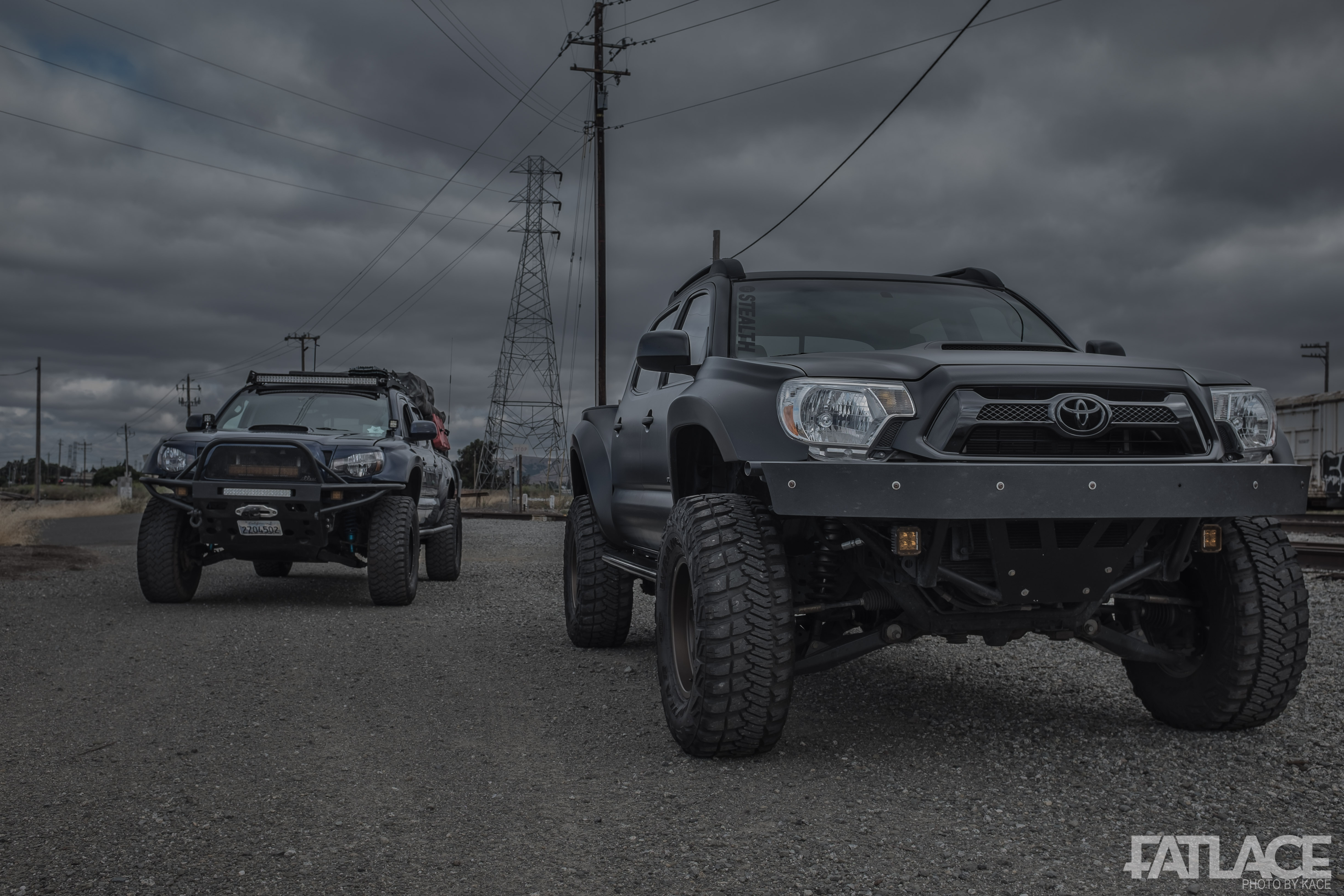 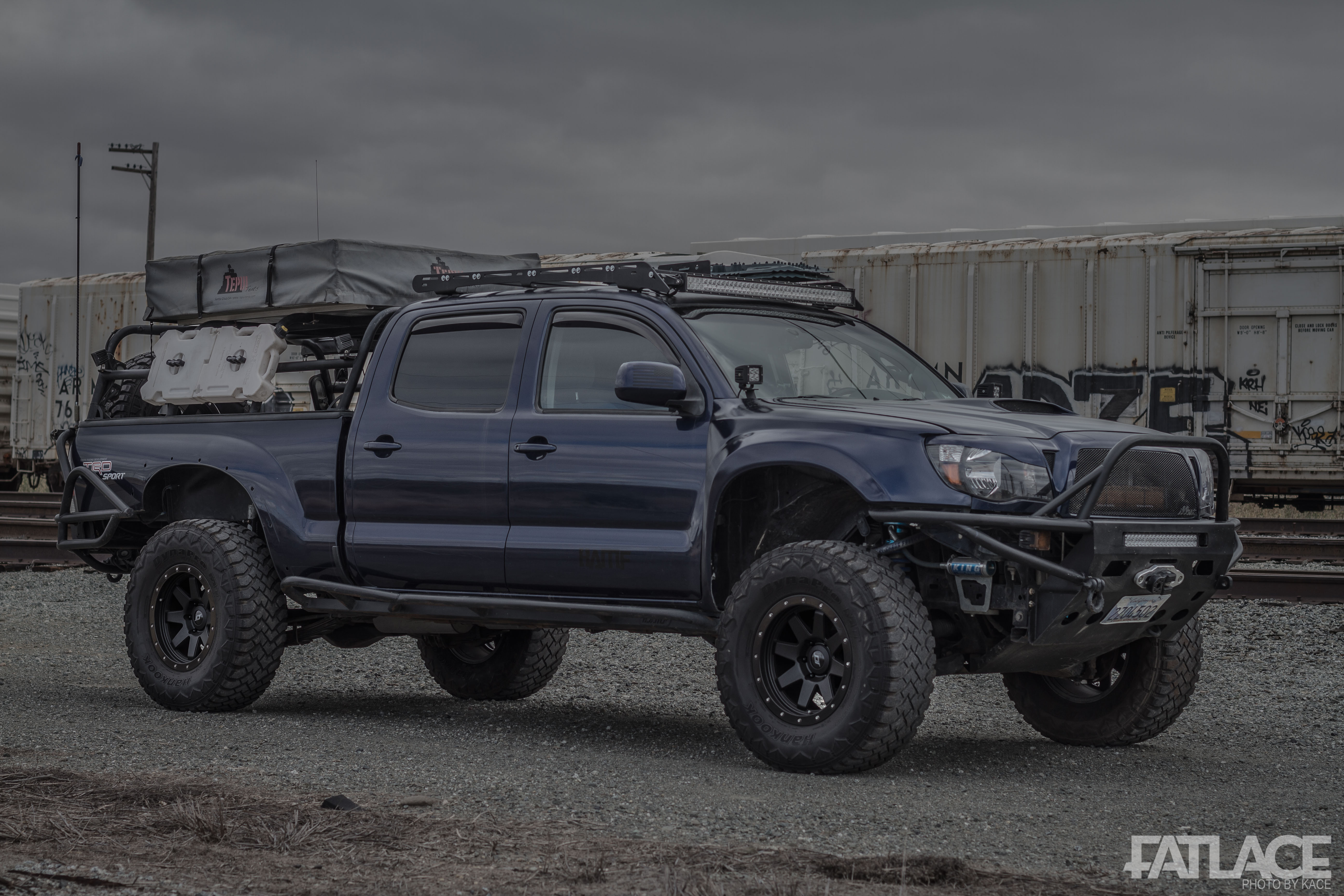 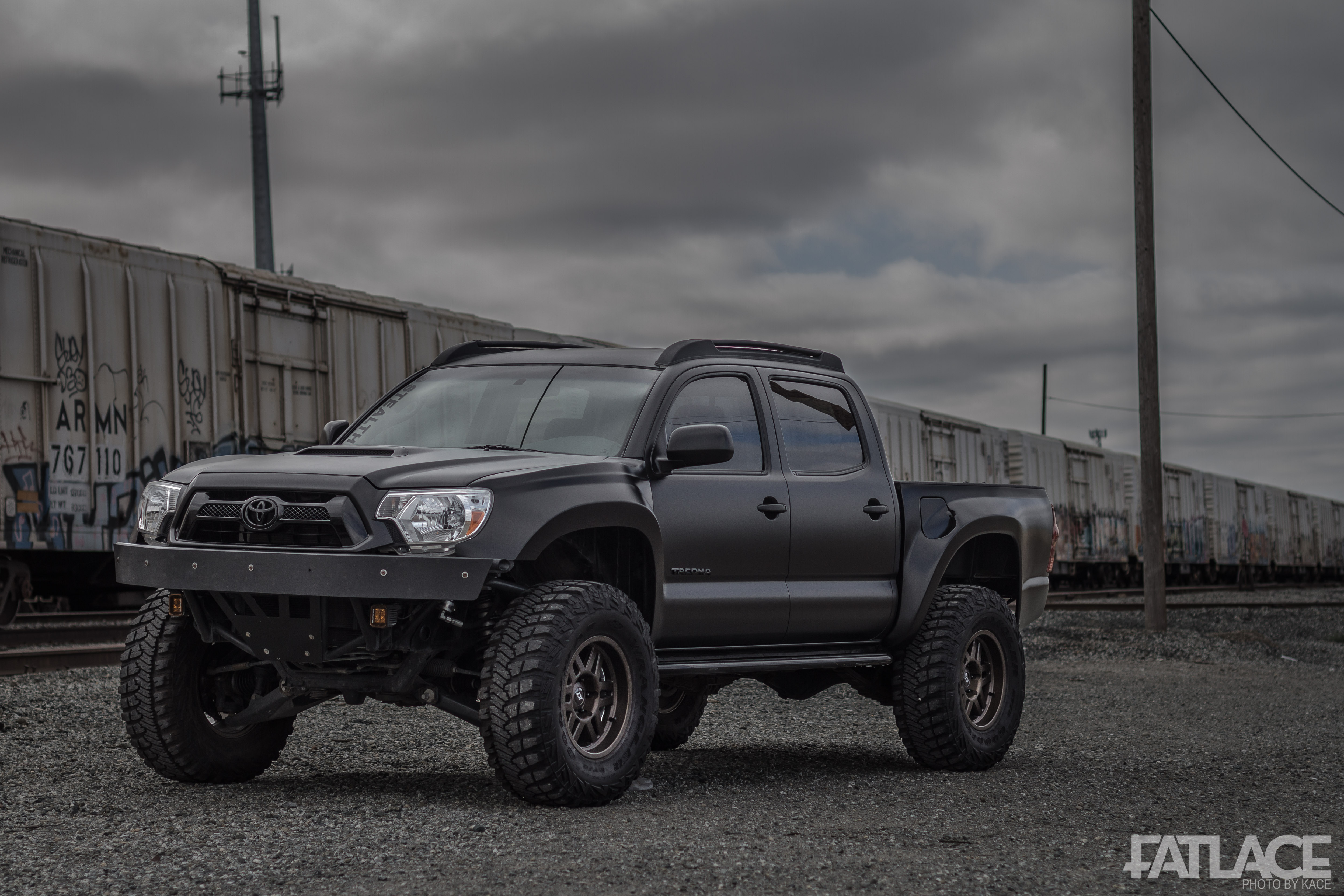 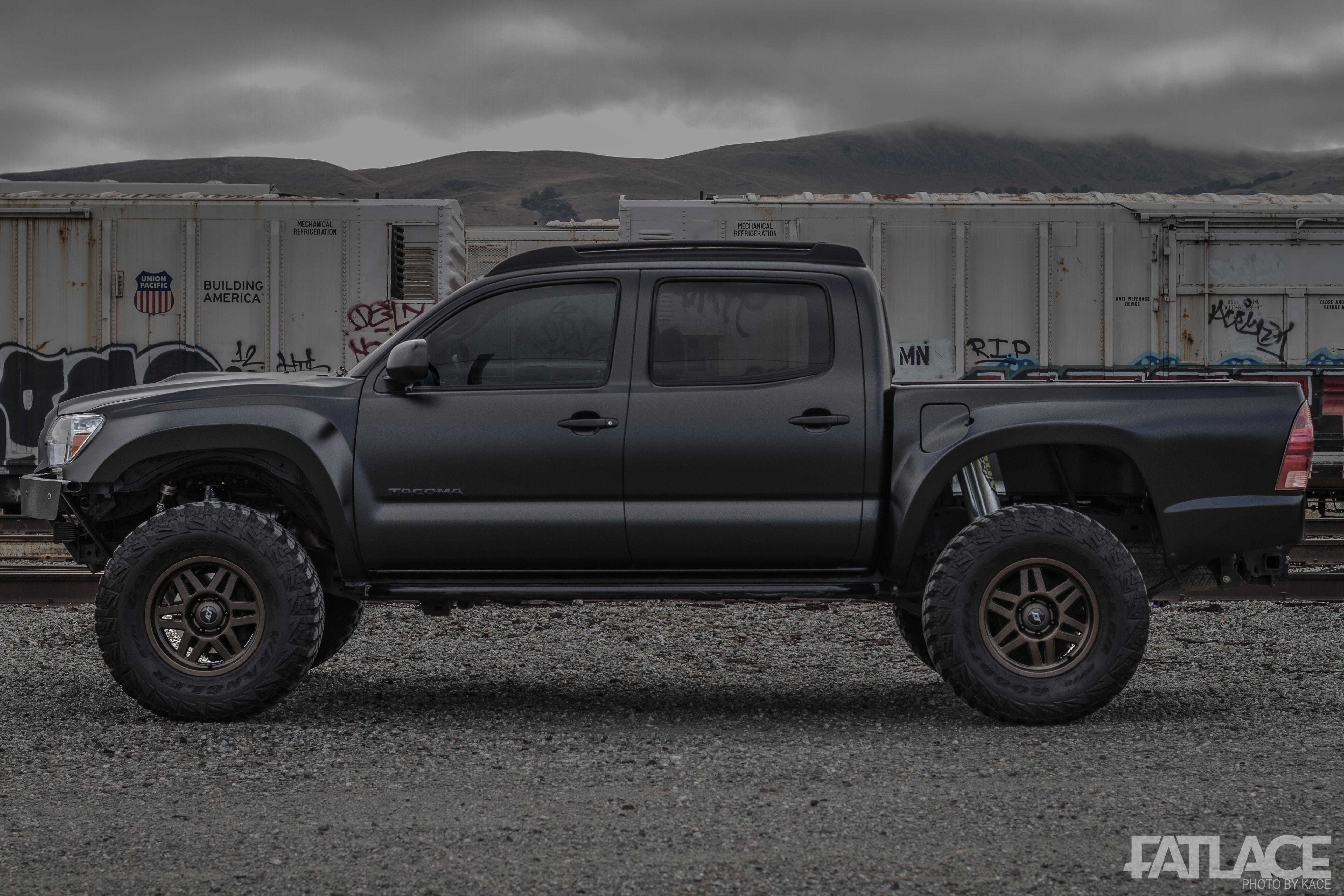 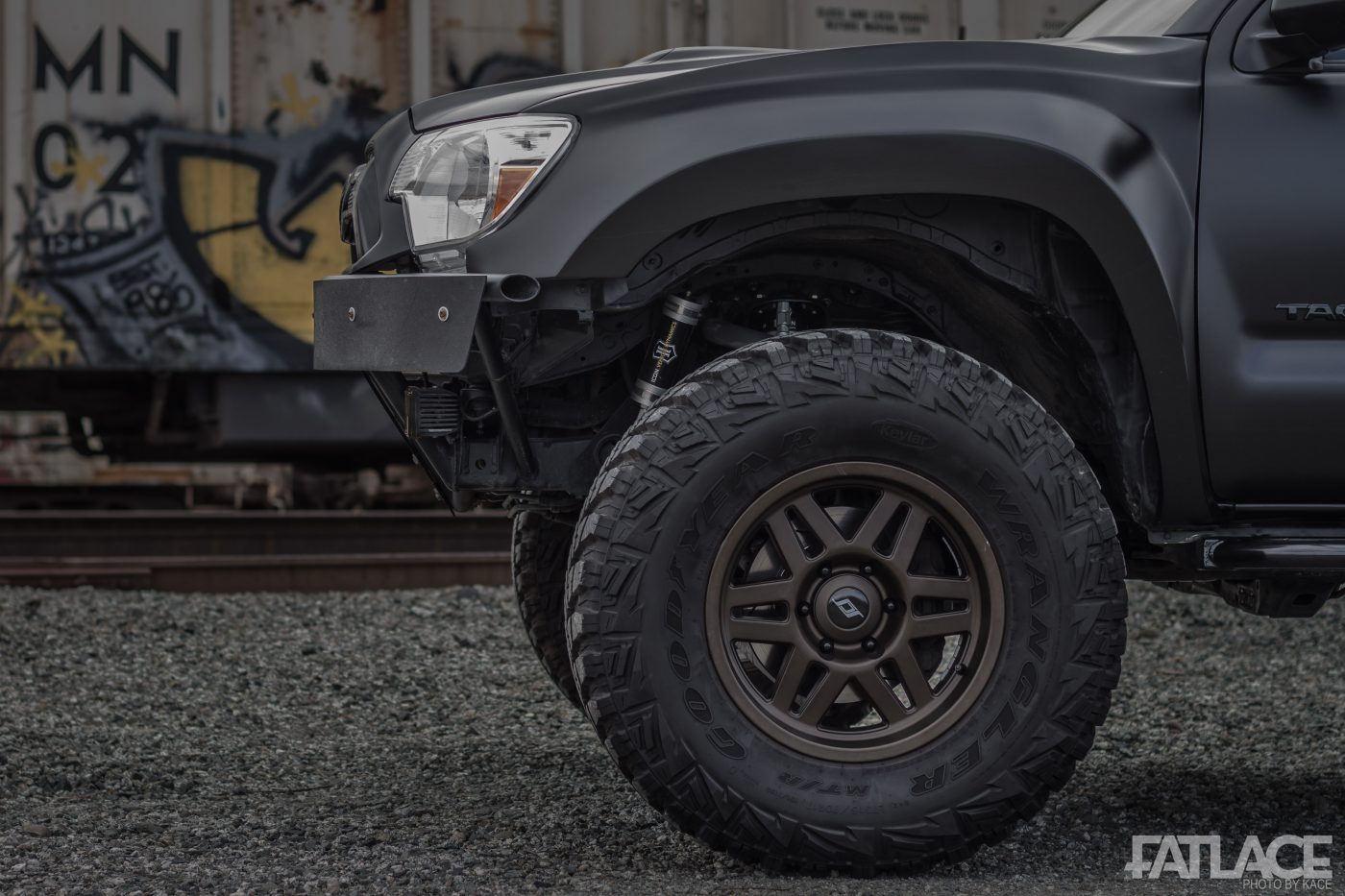 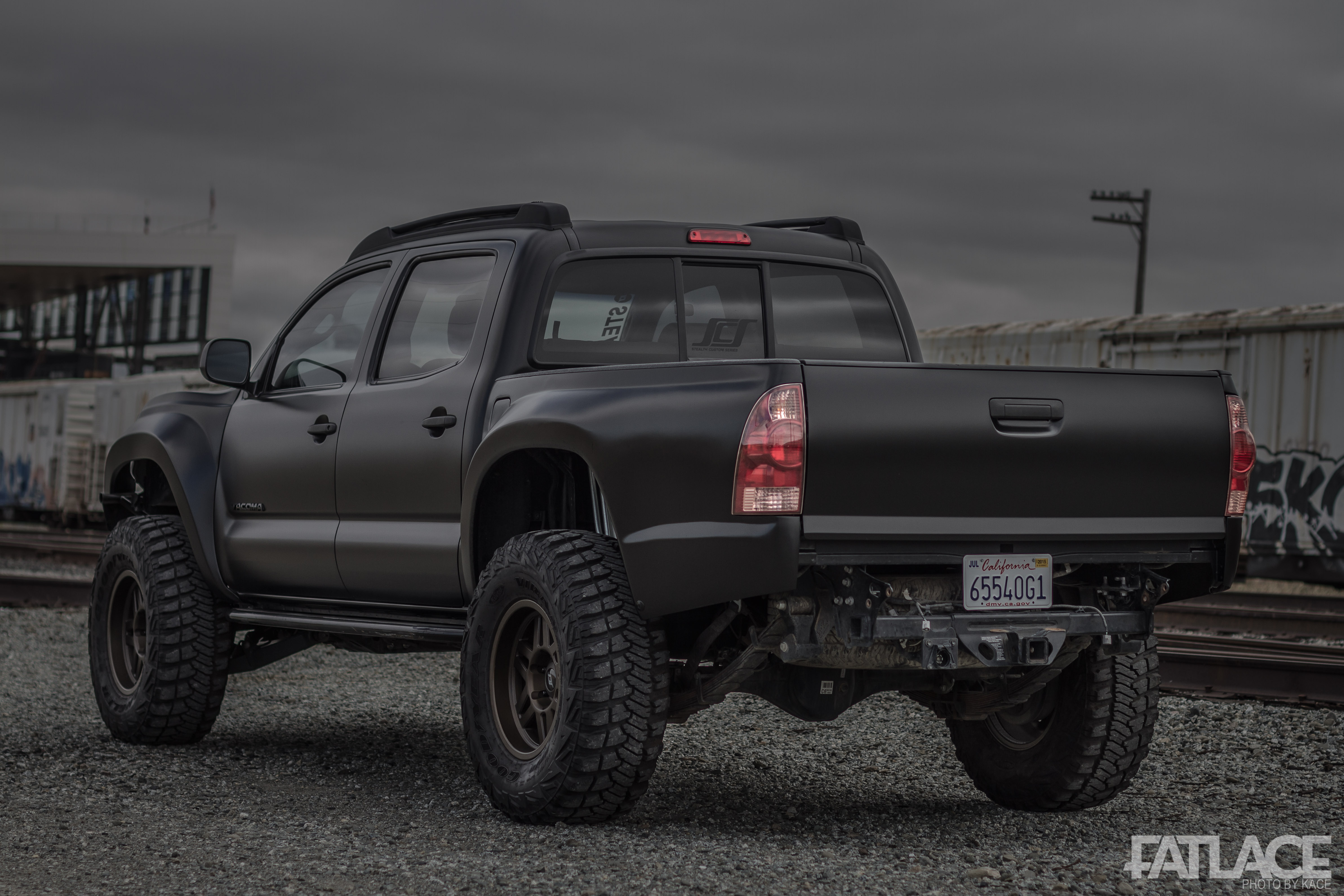 As you can clearly see these two trucks have got a lot of work done to them and is built for a purpose. They aren’t just show trucks which is respectable. 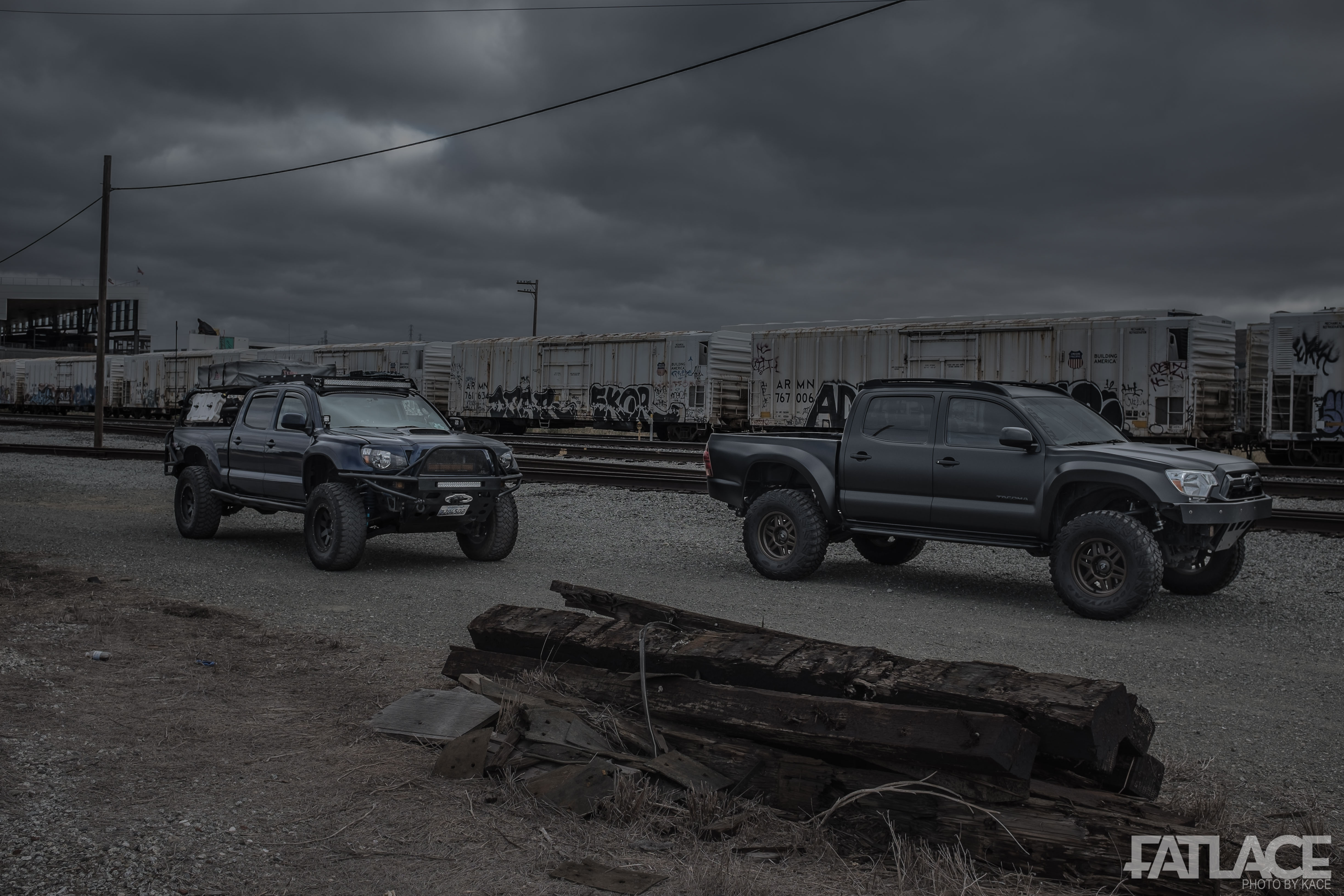 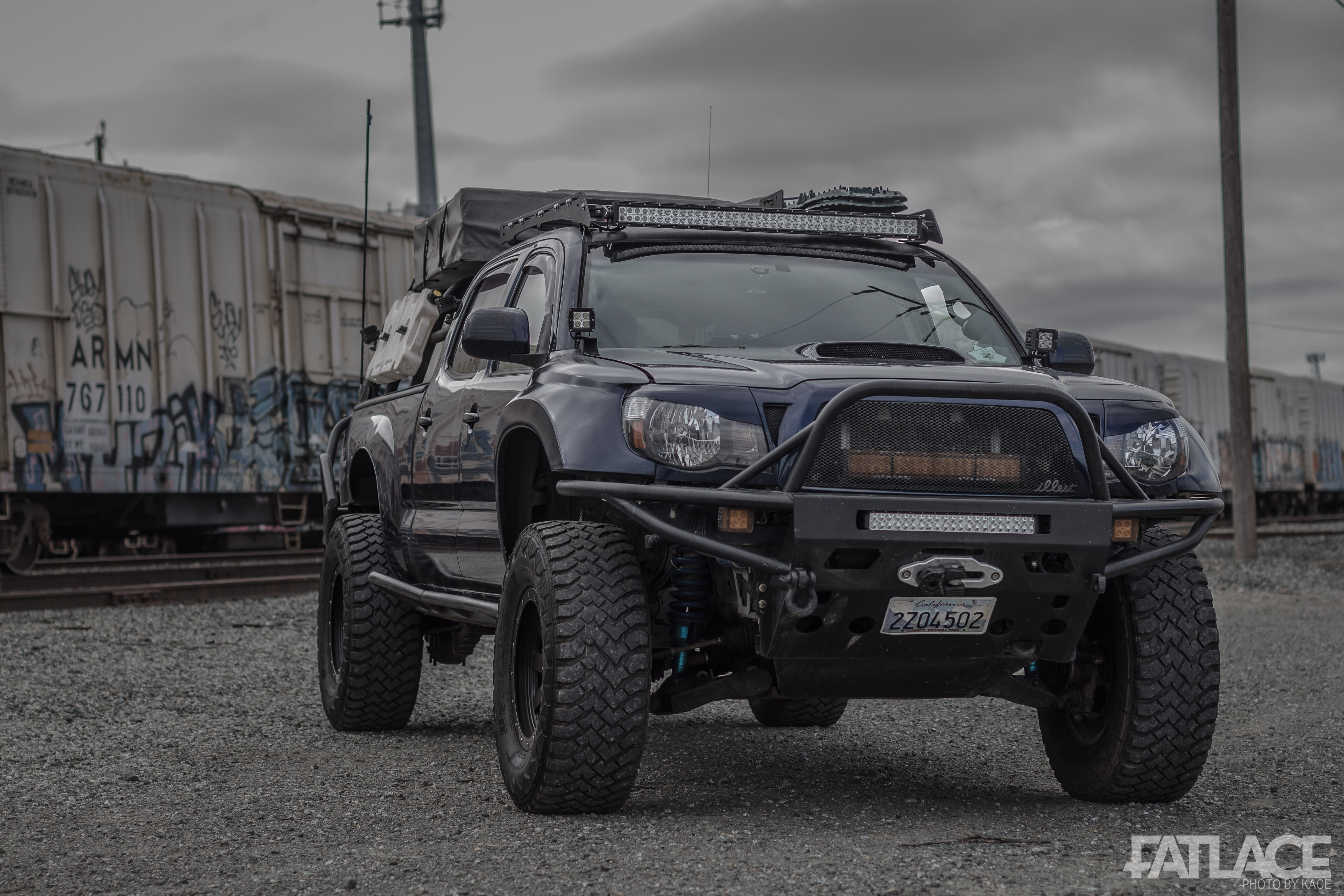 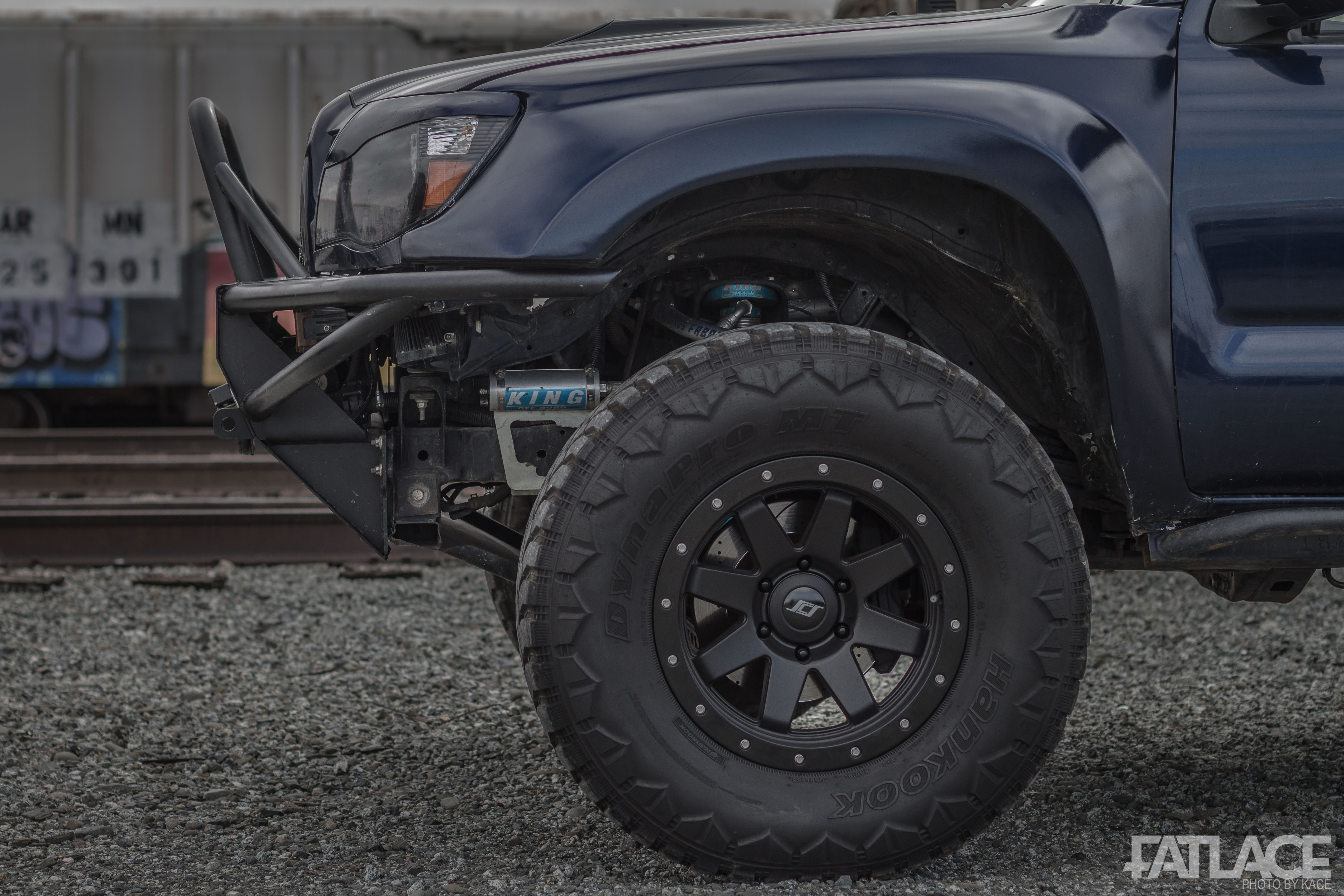 With that hybrid front bumper you don’t to worry about hitting any boulders. You can see the external reservoir from the King suspension. Alex is running the SCS SR8 wheels. 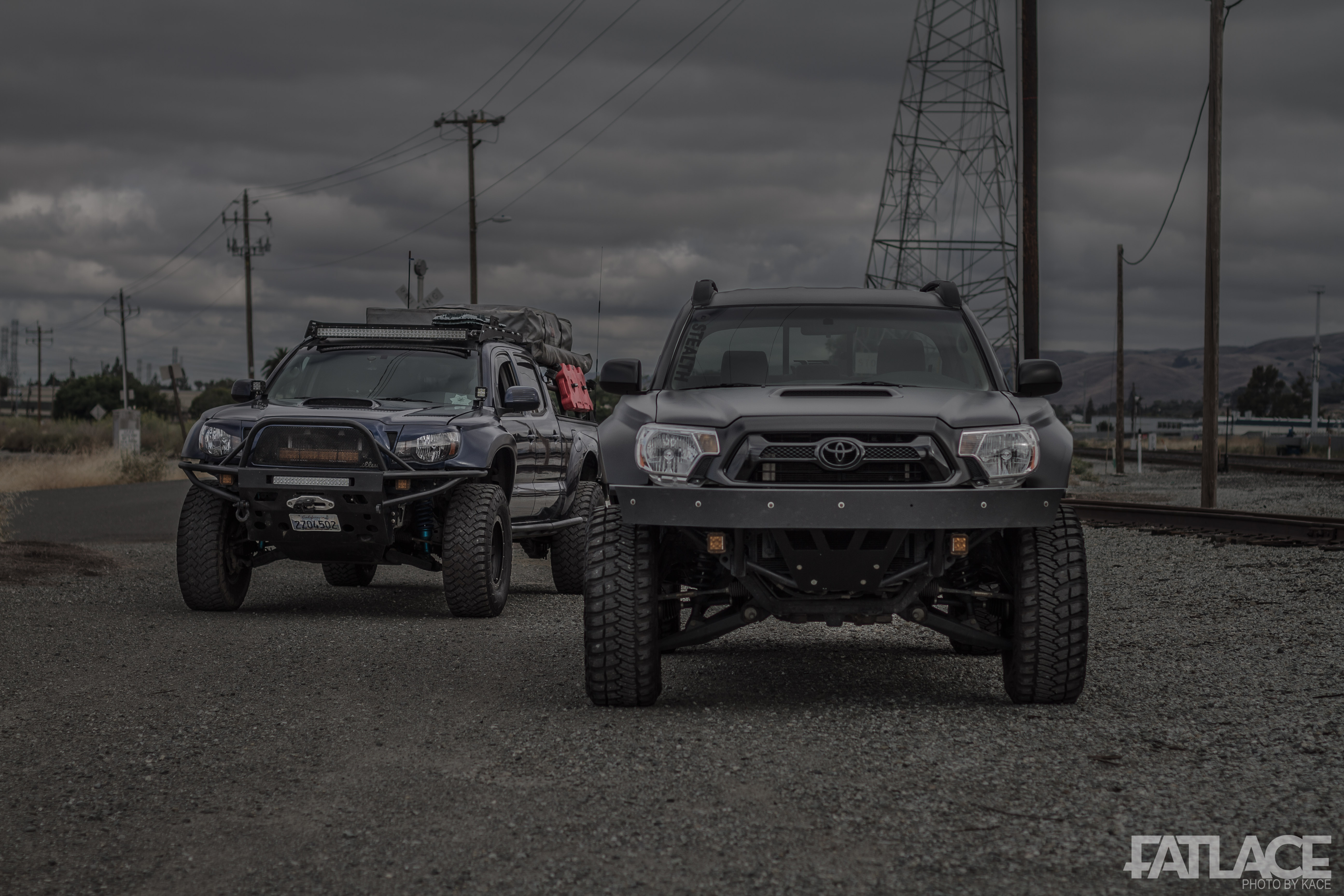 How often can people say “oh yeah I designed those wheels” well Vin can honestly say that because he did. He’s running his own Stealth 6 wheels in bronze which is slightly darker than you would commonly see. Those are the wheels I will be running on my 4Runner but with a machined lip and matte black face. This is what a long travel suspension looks like. 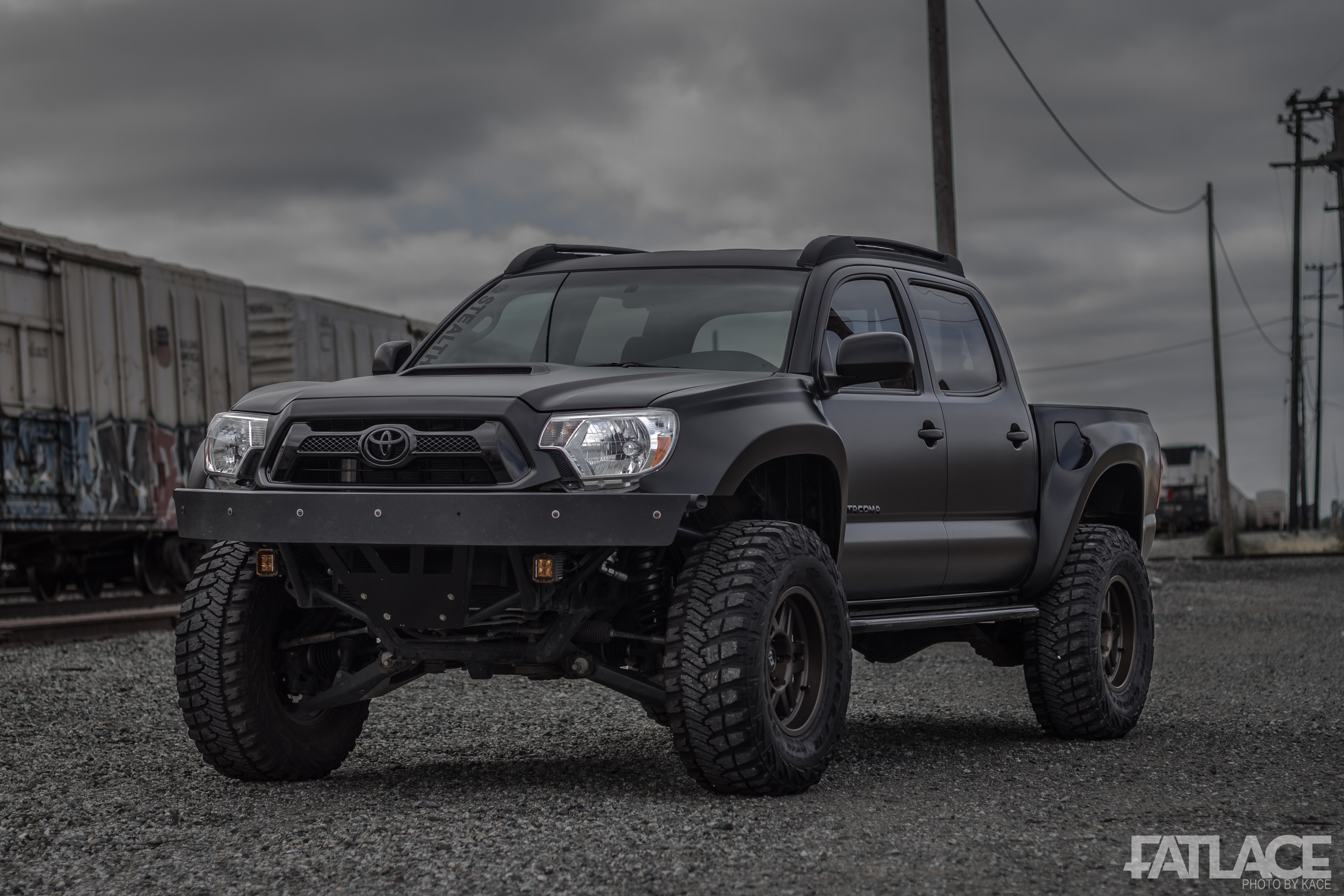 Of course we were already trespassing so might as well just do donuts while we’re at it. They locked the gates up so people couldn’t access the rail yard. Good thing we had capable trucks to easily jump the tracks. We weren’t gonna give up that easily. Big thanks to Vin and Alex for waking up early just to take pictures. Hope you guys enjoyed the truck edition of Fatlace. I’m not even sure if there’s any truck fans but I hope this post will change some minds about trucks.

Shout out to #teamstealth and all the supporters of SCS wheels.

1 thought on “Standing out while keep it stealth”