I remember when I was just a customer walking into Fatlace for the first time way back in the day. I didn’t know too much about the company back then, I usually just stopped by on occasion whenever I had some free time since my work was right down the street from the store. As time went on, I got to know a lot of the guys and gals affiliated with Fatlace and started stopping by more often to say whats up. Around that time, Mark had recently launched the Fatlace forums. I get home from work one day and saw that there was a posting that Fatlace was looking for photographers for the HellaFlush site. I was hesitant since I was just getting into photography at the time but I decided to hit Mark up about it. He got me on board and it all kind of took off from there. It truly was a great opportunity to get into something that I had a passion for, the automotive culture and photography. I have been so busy with work for the past 2 months, that I really haven’t had a chance to enjoy either of those things. With my schedule starting to calm down a little bit, I decided to look through my hard drive and came across the hundreds of photos sets I have of all the events I shot. It was humbling to look at a lot of those photos because truly, every event that I have been to, I can vividly remember because I had such a good time just hanging out with the crew. If you got some time, let’s take a look back… 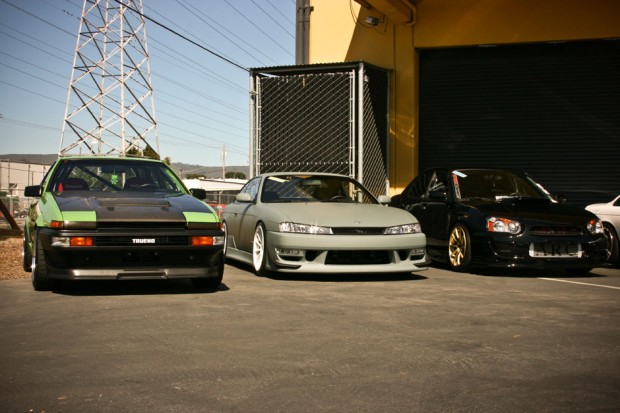 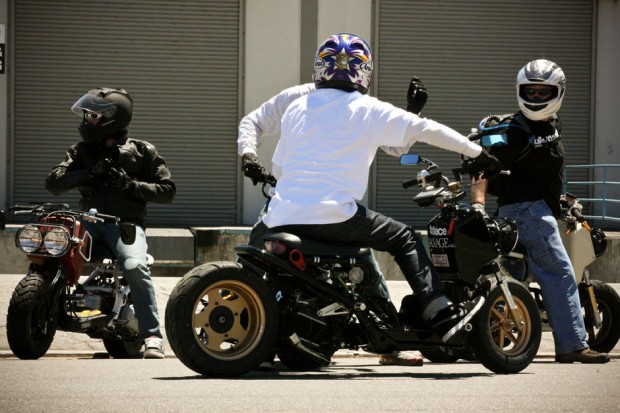 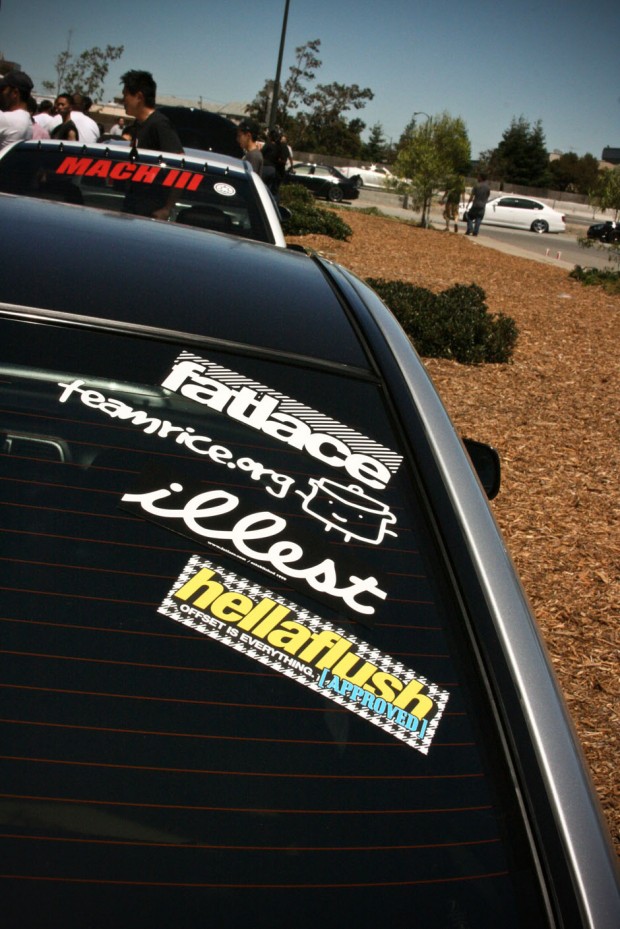 Well, The 1st ever HellaFlush event held at Go Cart Racer in Burlingame, CA. I remember that the weather was in the high 80s and a lot of laughs and good times were had. It’s amazing to see first hand, the evolution of these this event. It started out as a small gathering of enthusiasts in a parking lot to an event that will be held overseas in Japan in little over a month. Just awesome. 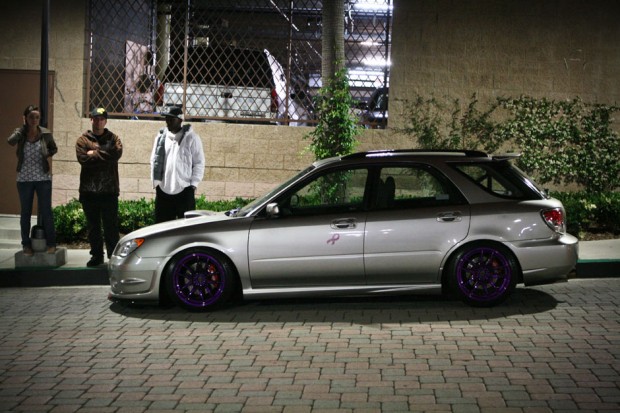 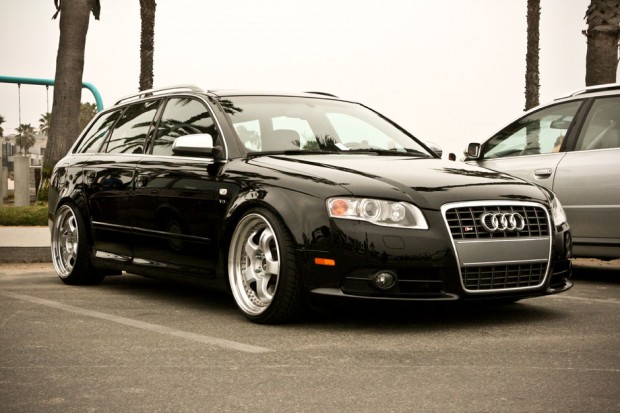 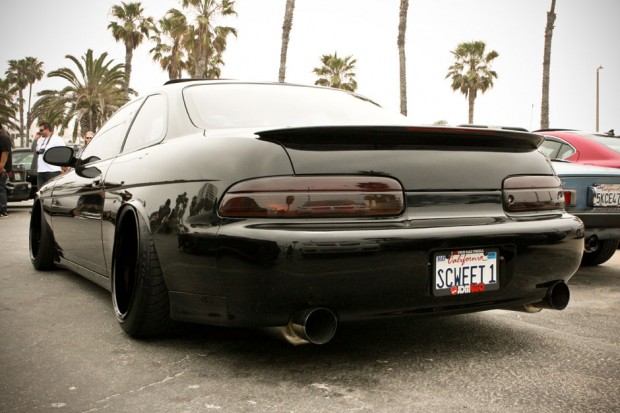 Hellaflush 2 was highly anticipated following the first HF. It was held in Santa Monica so everyone made the drive down. It really gave us a good look at what Southern California brought to the table. I was put up in Case De Josh Hooks for the weekend which is always a good time. I got a chance to hang out with my So Cal fam and kick back a few brews. Our meet in Santa Monica has turned into an event that I really look forward to every year now. 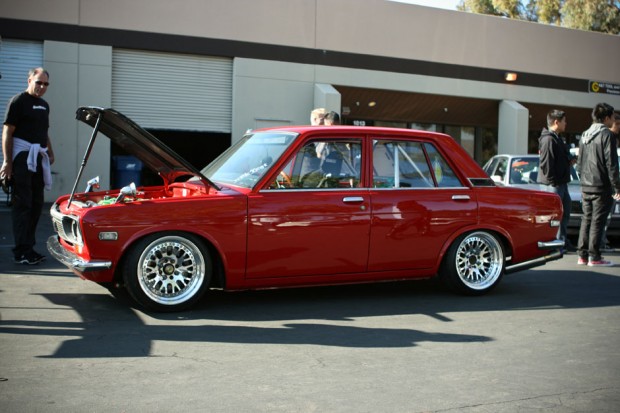 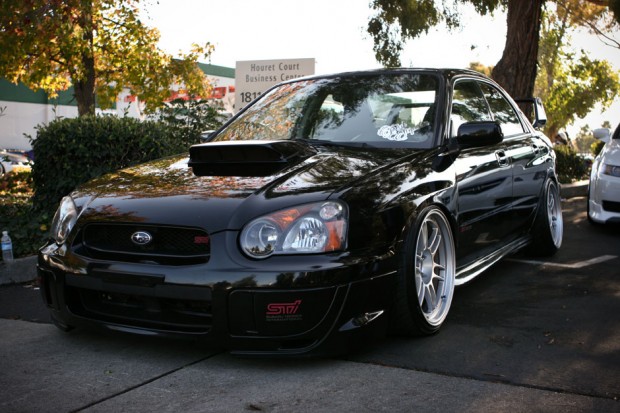 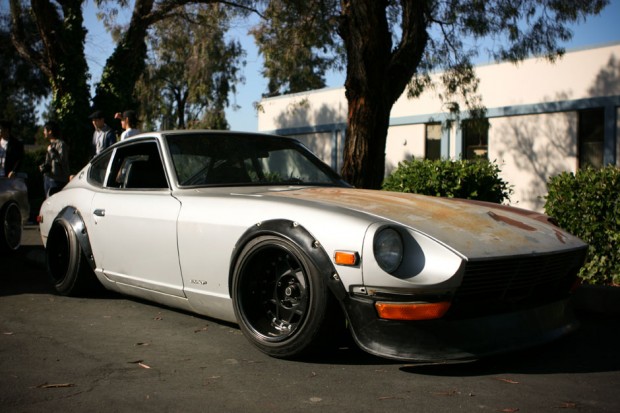 HF 3 brought us back up to Northern California. It was held at Blacktrax Performance in Milipitas and again, the event did not disappoint. Again, we shutdown the entire street with the amount of cars that showed up to show as well as spectate. Sorry Milipitas PD. 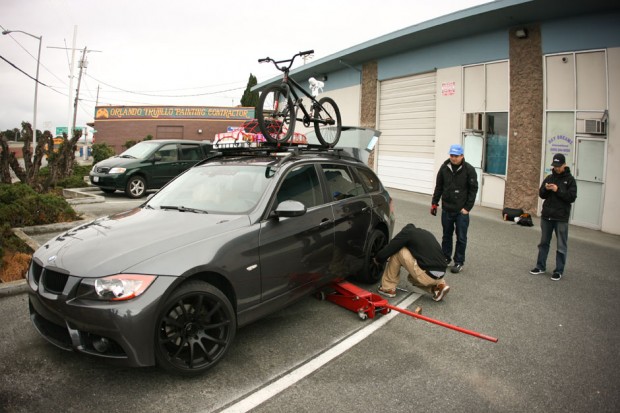 Hellaflush 3.5 was held at Buttonwillow so we all decided to take a nice weekend road trip, stay in Bakersfield for the night, and head to the track early in the morning. A few of us loaded up in Marks wagon and we were on our way. Or so we thought. As we are driving down 101, I notice people slowing down staring at us. We look back and notice nothing but smoke coming from the rear wheel well. It literally looked like we were doing rolling burn outs down the freeway. We pull off the road and it turns out we were rolling TOO flush with a full load in the back and 4 dudes in the car. After a quick self fix, we were on our way. 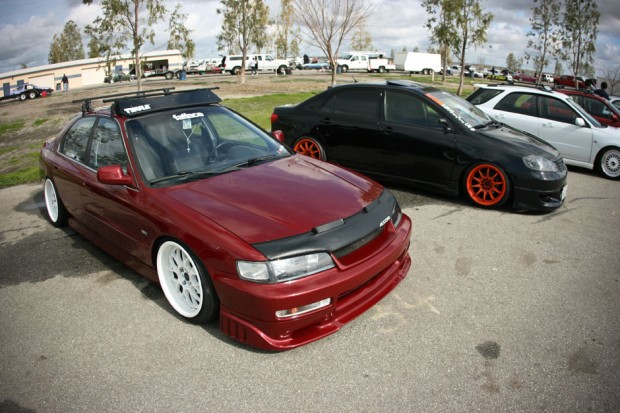 At the track, we had both a track day going on and a HF show in the pit area. This was the first time I was able to lay my eyes on Nimo’s Accord in person. SO SICK. He has been through some different setups since then but i’m sure you already know. 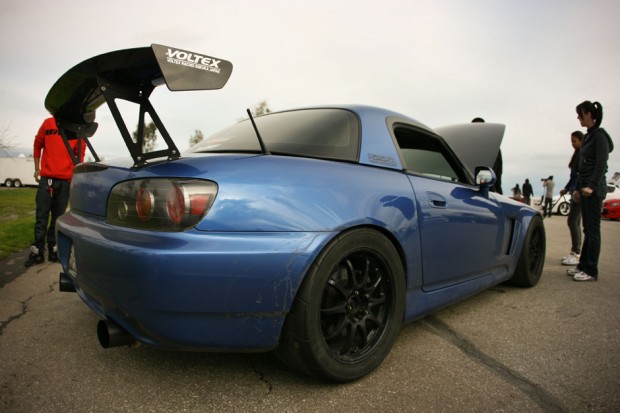 It was awesome seeing Calvin at the track in his FD, by far one of the cleanest I have seen. I also got a chance to ride along with Jei from Blacktrax Performance in his S2000, for sure something that I will never forget. I never held on to an OH S*** bar so tight in my life. As the event ended and we were driving back to SF, the one thing I learned from that weekend was that Bakersfield is sketchy. Another HF event that I will never forget is Hellaflush 4 in Hawaii. We for sure have a lot of memories and stories to tell about this trip like the Tsunami warning and our last night on the island, but we won’t get into that. But to start off our first night getting there, we hit up the lounge and did some drinking and karaoke. The guy on the right is The Blake. If any of you watched our uStream on the day of the tsunami, there’s a good chance you probably saw his ass on camera….literally. 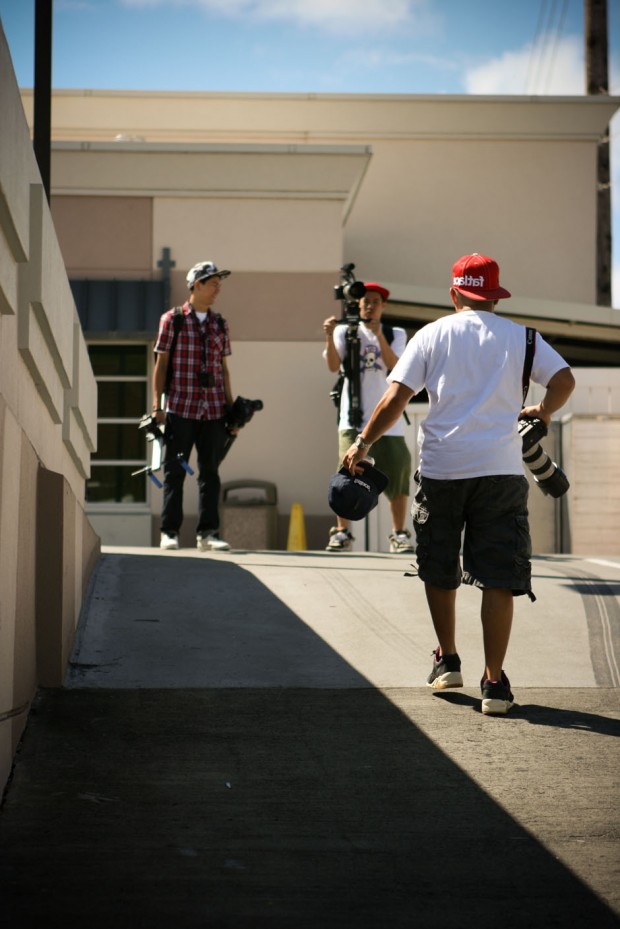 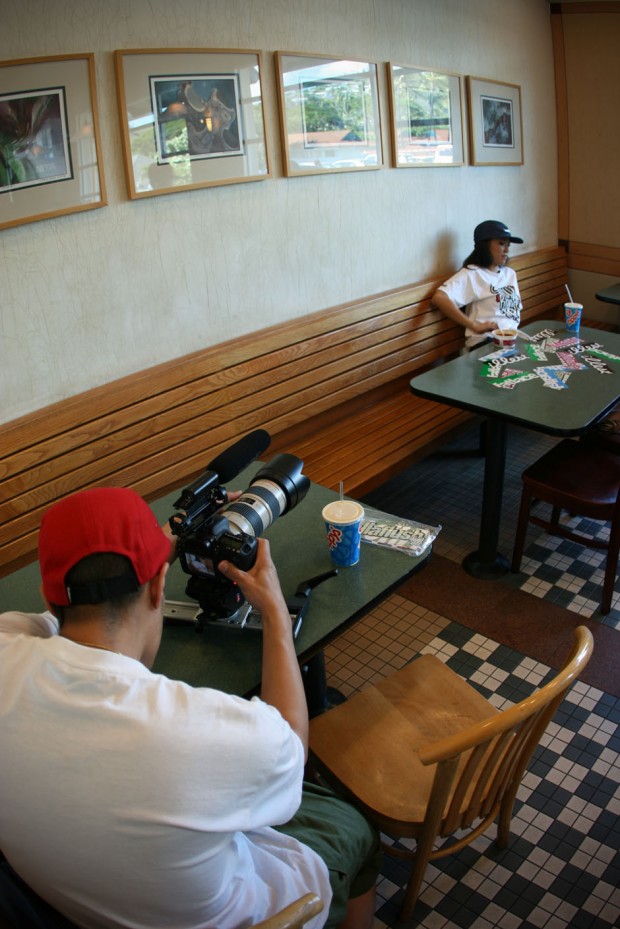 Day 2. We wake up early and I tag along while the crew films one of our Fatlace commercials. We hit up many local spots, ate, shot, ate, hit up another spot, shot some more, and then ate again. 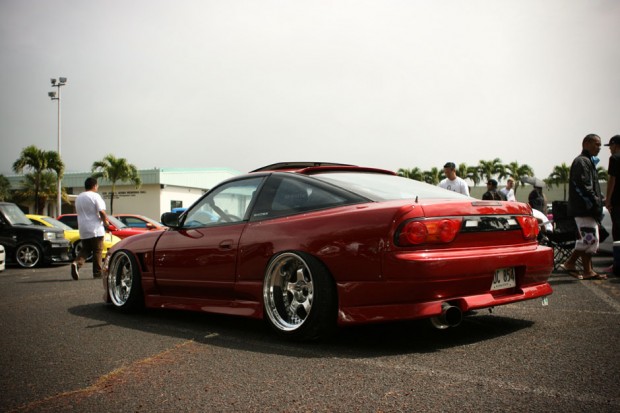 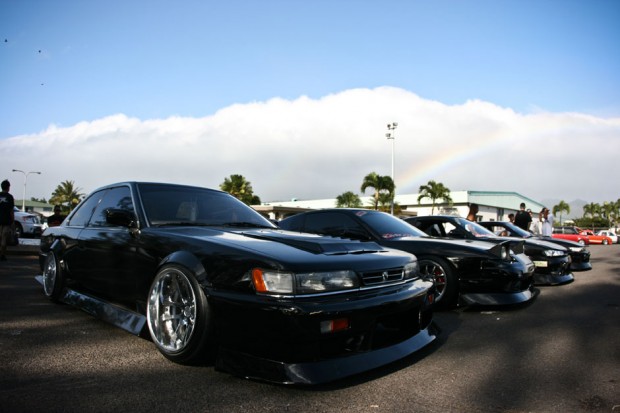 Hawaii for sure comes correct when it comes to their builds. Mad style! HF Hawaii is another event that I impatiently wait for every year. 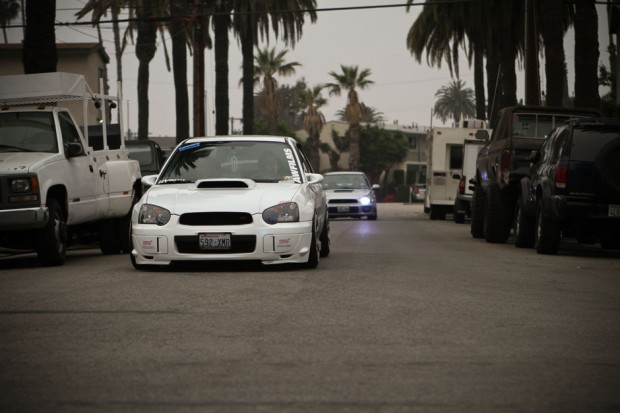 The next HellaFlush brought us back to good ol’ Venice Beach. Even The World Famous Abbitt Wilkerson made an appearance! Dude knows how to build cars and make videos. 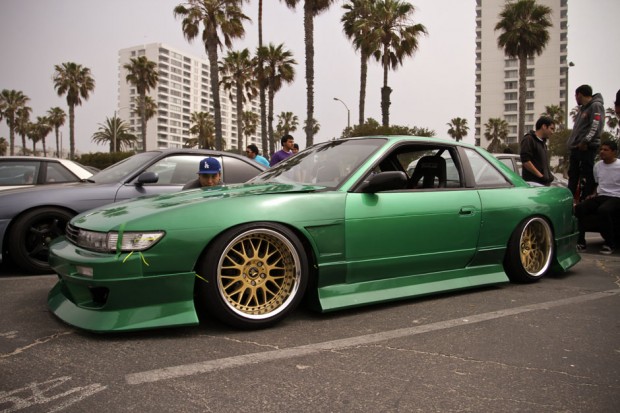 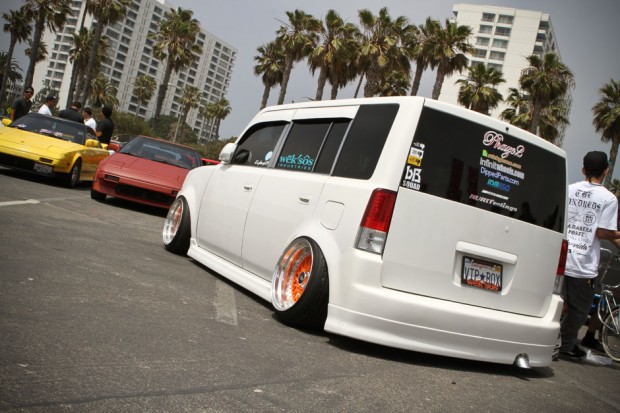 One of my favs. You already know… 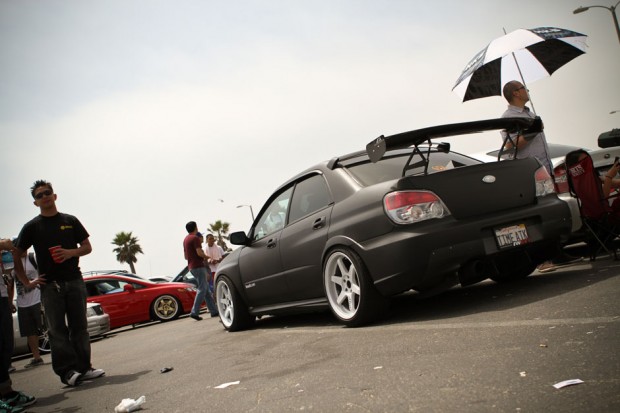 Here is Cliff’s STi. I am sure you have seen a lot of his photos here on Fatlace as well as Flickr. Good stuff! And our most recent HF that I was able to attend brought us back to the islands, no Tsunami warning this time. There were a lot of new builds that I have never seen before and I met a lot of cool folks. God I can’t wait to go back… 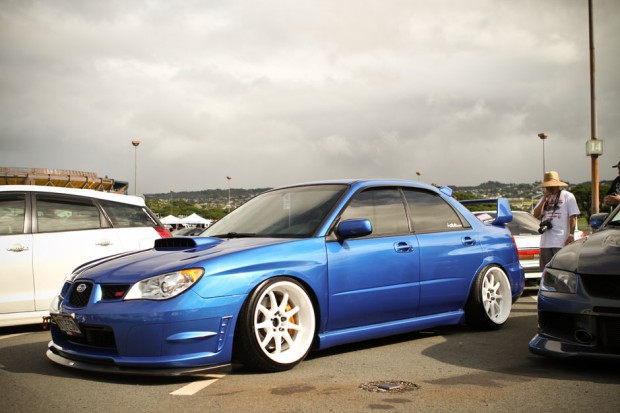 Quick shout out to Charles and congrats on the baby on the way! Better hop of that STi Recaro babyseat steez. 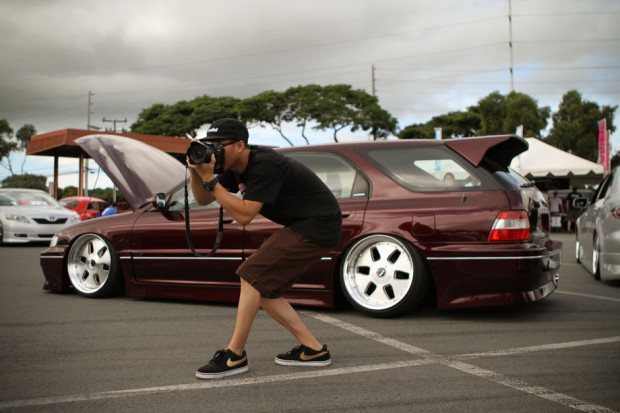 Work Of Art. And the Accord Wagon is pretty damn dope too. 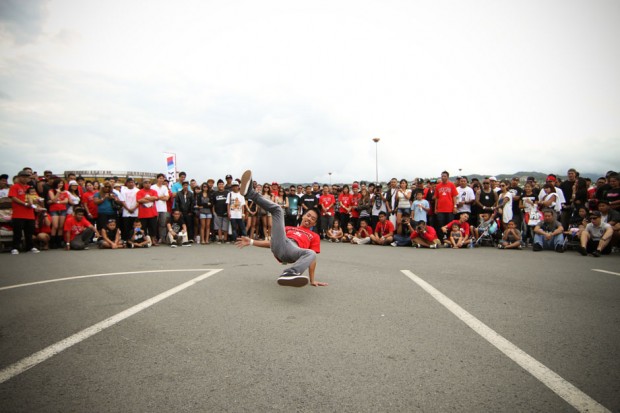 We ended the event with our own little B Boy competition. The competitors KILLED IT!

After looking back at all these photos, I look forward to what the future brings. With events being held all over the country and also all over the world, I can only imagine what we will start seeing. HUGE congrats to Mark and everyone at Fatlace to what this has become! Stay tuned for Part 2 and possibly Part 3 as I look back at our Showcases, Events, and other antics at The Paddock.