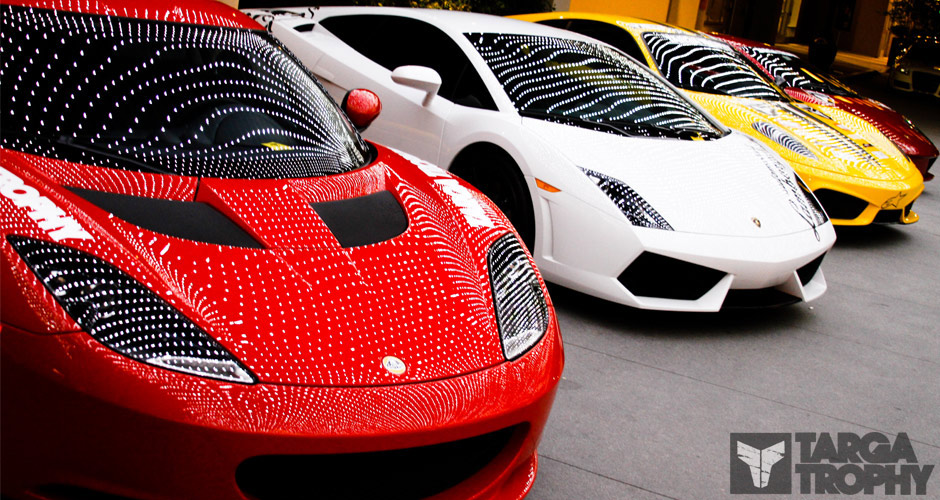 The Targa Trophy is the premier lifestyle road rally in North America. What does that mean? The event is a time-speed-distance road rally that requires a driver and navigator to reach multiple checkpoints on their way to the final destination. The goal of a road rally is to travel the correct route at the correct speeds. You are scored on how closely to the correct time you arrive, the number of checkpoints reached, and staying within a set amount of miles. The Targa Trophy is not a race and arriving too early at a checkpoint hurts your score (as I found out later), as does arriving too late. 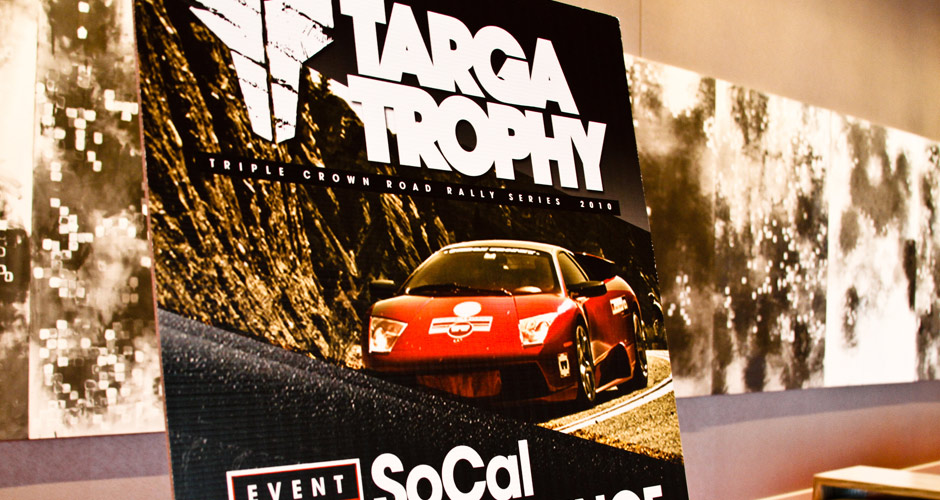 The event happened a few weeks back, but with Formula D and the new layout of Fatlace going down I had to push this blog post a bit. The agency has worked with a couple of the other major rally organizations, but the Targa Trophy was one that I was really excited to work with. The event is a 2-day event with the first day consisting of registration and a pre-party, where other events are 7 days long and exhausting, this rally is only 1 day of driving. It is also very enthusiast friendly and fairly affordable granted most of the vehicles are super cars and exotics, but unlike other events the participants don’t consist of celebrities and the mega-wealthy, just people really into cars and driving which is really refreshing. 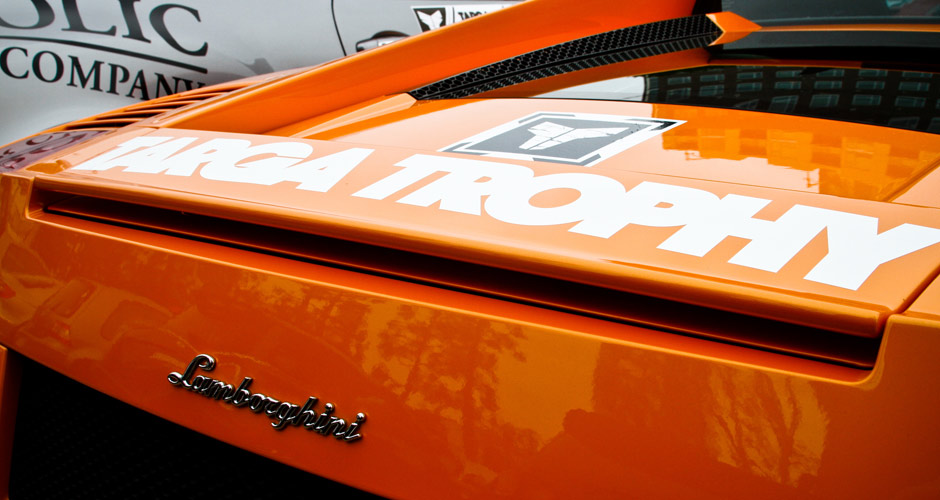 I didn’t know really what to expect from this event as I have never done a time-distance-speed road rally before. So I packed what I could and brought the essentials – blackberry, TomTom aka Silvia, MacBook Pro, Verizon MiFi card, Canon S90, and Canon 7D. Lexus’ agency helped me out with a stock Lexus IS 350 to participate in with a last minute request. The only thing left was a navigator to join me on this adventure. So naturally I asked D, who is amazing with directions, and somehow can put up with my driving antics and competitive nature. 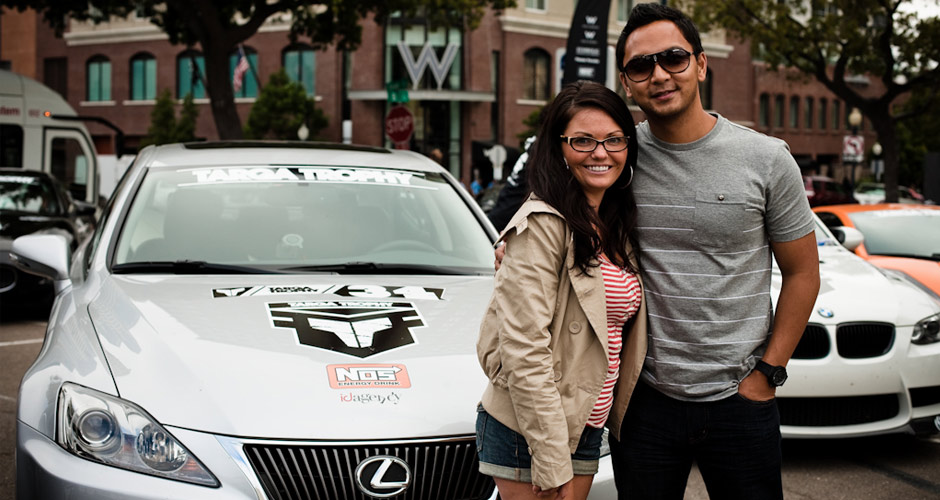 The registration process was quick and easy. Targa Trophy with their sponsors provided some swag and the decals to make the vehicles legit. What I also liked was the fact that they are open to the graphic schemes you place on the car and you can get as creative as you would like. I have to point out that they also use the good 3M vinyl so it was easy to install and even easier to remove without any damage to the paint. I kept the graphics to a minimal as I am lazy and would be returning the car in a couple days anyway, but of course rocked the latest Fatlace decals. 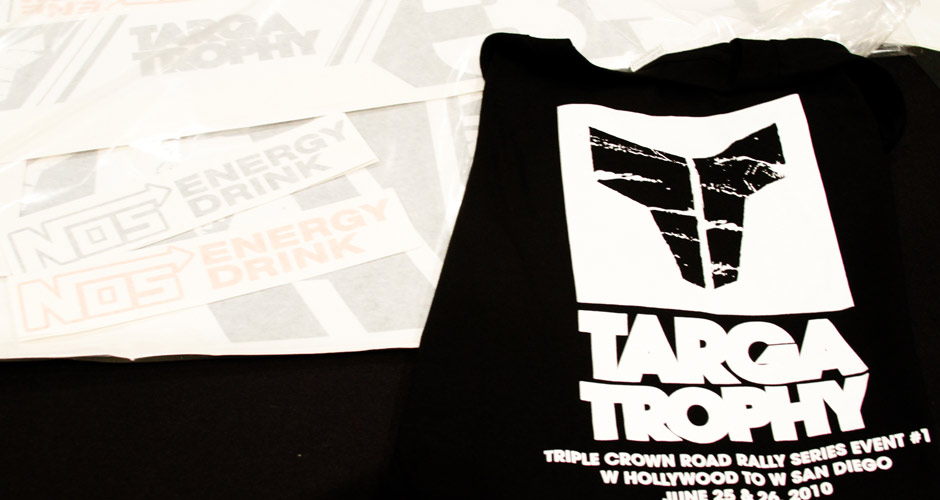 D and I got up early and left for the W Hollywood the location of the rally start. Participant cars were parked on display for fans to check out alongside some great Euros from SoCalEuro.com, who held their Euro CARnival to help kick-off the event. It was nice to catch up with some old friends and meet new ones. Once the event got underway the drivers jumped into their respective cars and prepared to begin the first half of the competition, the Navigation Leg. This part was open to the participants to use any route they saw fit to go to 5 checkpoints, one of which was optional. Each checkpoint reached would count towards the overall score. After looking at the various checkpoints we know we would have an advantage as we were familiar with each location. Hollywood –> Hermosa Beach –> Rancho Palos Verdes –> Long Beach –> Newport Beach. 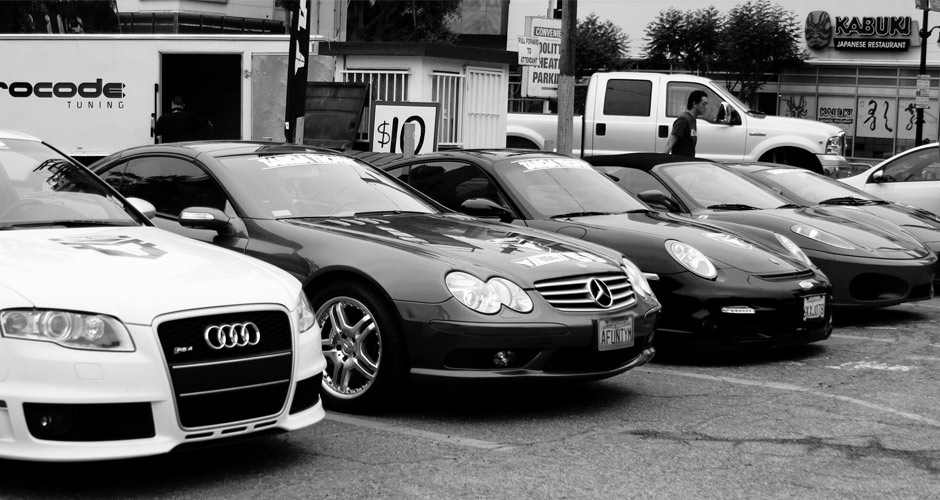 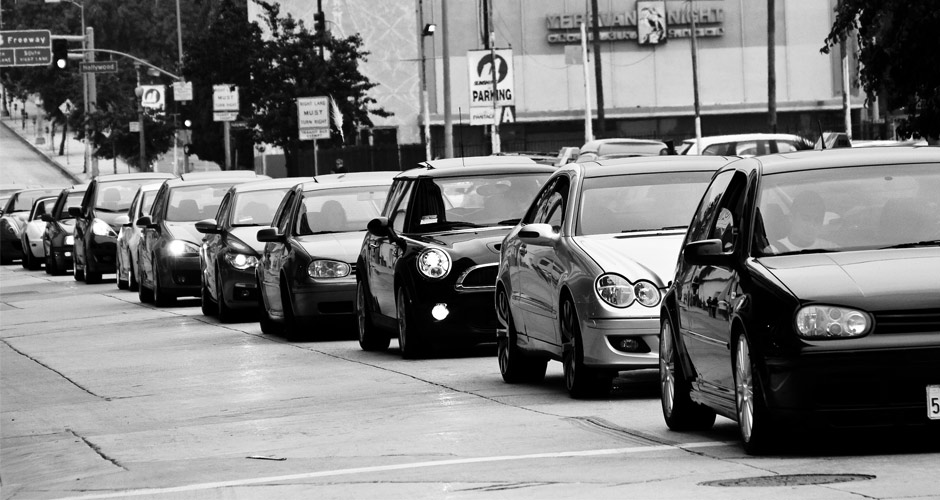 Cars dashed through the 101 freeway towards the first checkpoint and instantly my competitive spirit kicked into high-gear and I felt like we were on the “Amazing Race.” Even with a stock Lexus IS 350 I knew I could keep up with the host of Ferrari’s, Lambos, and Porsche’s. With precise navigation we hit the first checkpoint a Vons supermarket to purchase anything to receive a receipt that would prove we made it to the checkpoint. This continued through and we didn’t hit many snags along the way, even when we saw some cars going the opposite direction. At Checkpoint #4 in Long Beach (right down the street from our condo) we made the decision to jump on the freeway to save time heading into Newport Beach. This was our one fatal flaw that would hurt us in the overall standings. Since it isn’t a race the organizers wanted us to stay within a specific safe time frame and mileage. We were one of the first 6 cars into Newport Beach Ferrari (last check point and lunch spot) and immediately I thought hey we have a real shot at winning this. Unfortunately, I found out that we were way under the time and docked 300 pts. We were supposed to enjoy the drive and take the scenic coast through Huntington Beach and the Pier (I’ve done this drive way too many times for it to be really exciting anyway.) 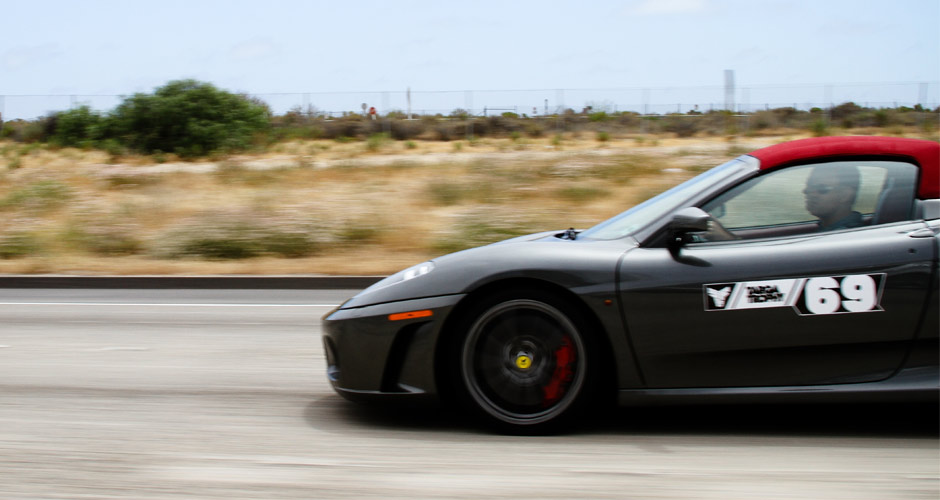 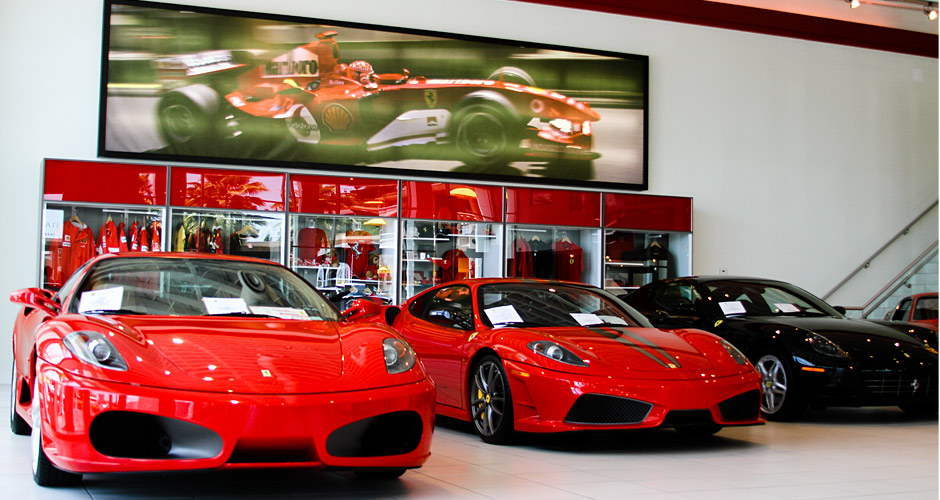 After a quick taco lunch at Ferrari and a quick view of the World Cup game. We hit the road again towards our final destination. The second leg of the rally was the Driving Leg. This consisted of receiving a road book complete with specific directions and the organizers taking account of the mileage on the vehicle. The goal would be to hit all the checkpoints, be quick, and stay within the mileage. We got caught in some major traffic on the freeway and was able to relax for a few minutes. Driving on the rally and being competitive takes a lot of focus and you must try to be safe, while avoiding tickets and staying on course. Once off the freeway it was a driver’s dream drive with plenty of scenery, backroads, tight twisted roads, and empty straights. I did my best to stay with the other drivers and their super cars through the twists and blind turns through the hill, and the Lexus held its own through these roads, which was very impressive as there were parts that it seemed even the supercars would struggle with. 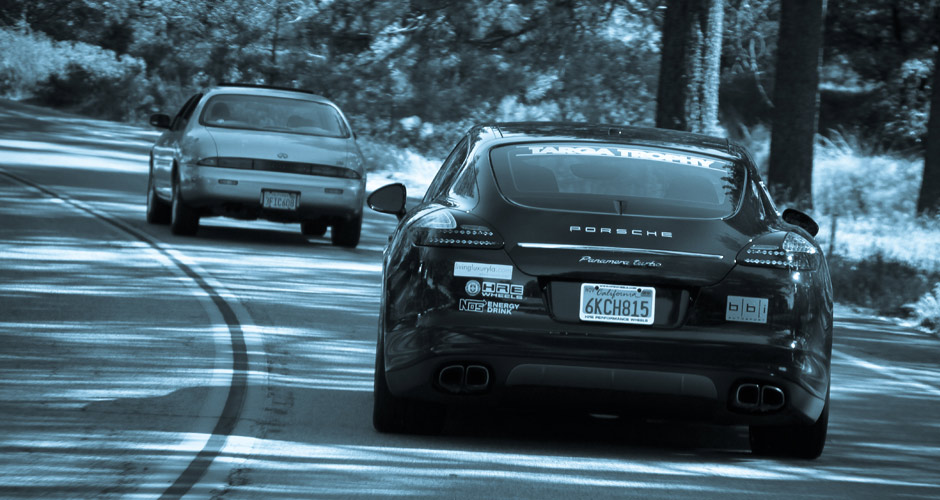 The two checkpoints on this leg were in this little town of Julian. A cute small town that is a tourist destination for its history and beautiful countryside. Both were to make purchases again one for some amazing apple pie and one from the Cider Mill. Some trickery was involved as one driver told other participants that they missed the first checkpoint and it was 10 miles back and wouldn’t be worth back-tracking to get it. Luckily, TomTom, told me otherwise and that location was literally a block away or we would of missed out on some amazing apple pie. 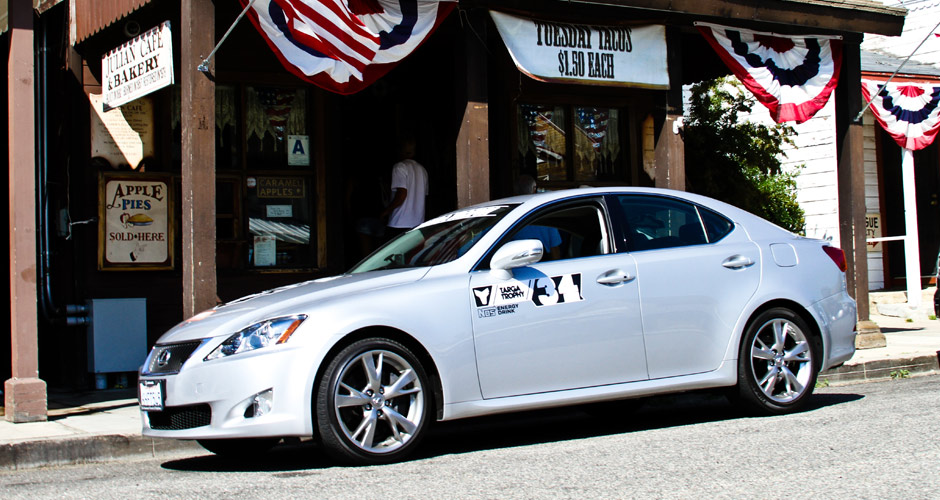 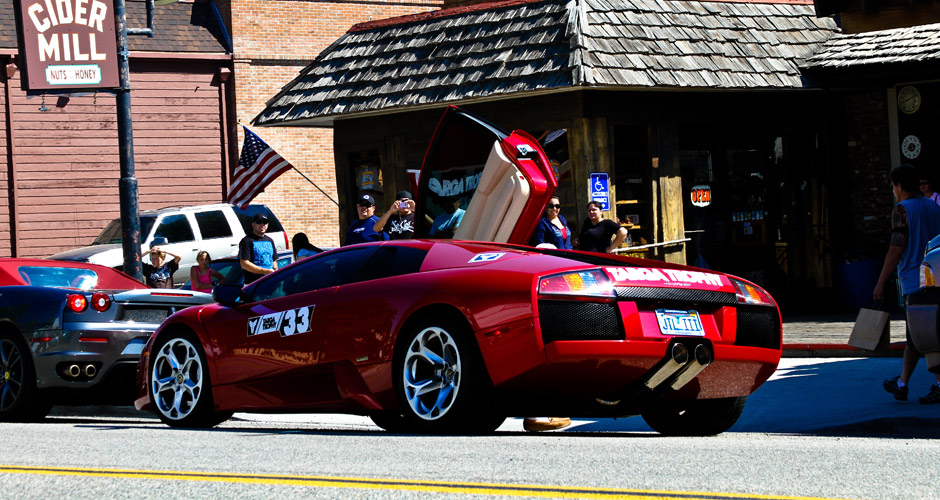 We reached the final destination at the W San Diego. The awards banquet and dinner were a great final touch to the evening and then we joined the rest of the Targa Trophy participants at the W’s beach bar to share our experiences. We came in 34th overall with the 300 pt deduction…with no deduction we would of finished in 2nd place. The Lexus IS 350 made for a really comfortable and surprisingly great performance car for this rally and we made the entire journey on one tank of gas. Next round of the Triple Crown Series is in the Bay Area on August 27-28 and this time I may have some new tricks up my sleeve. 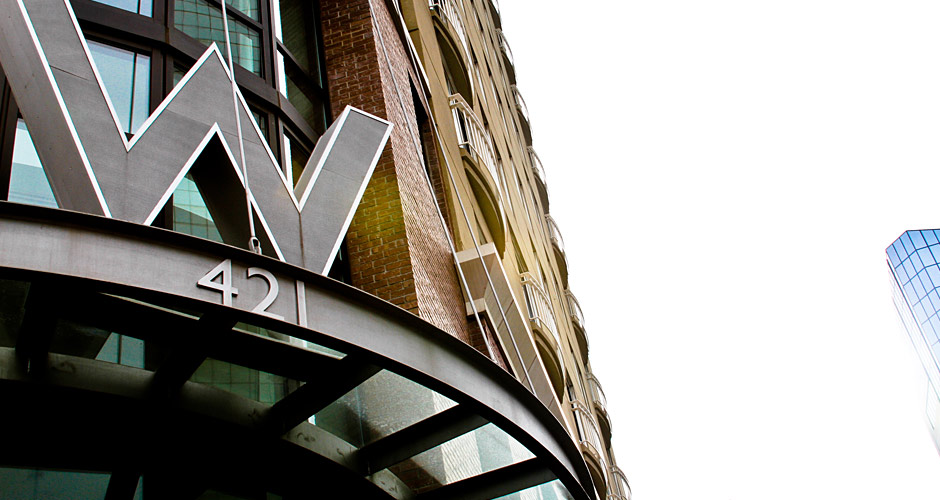 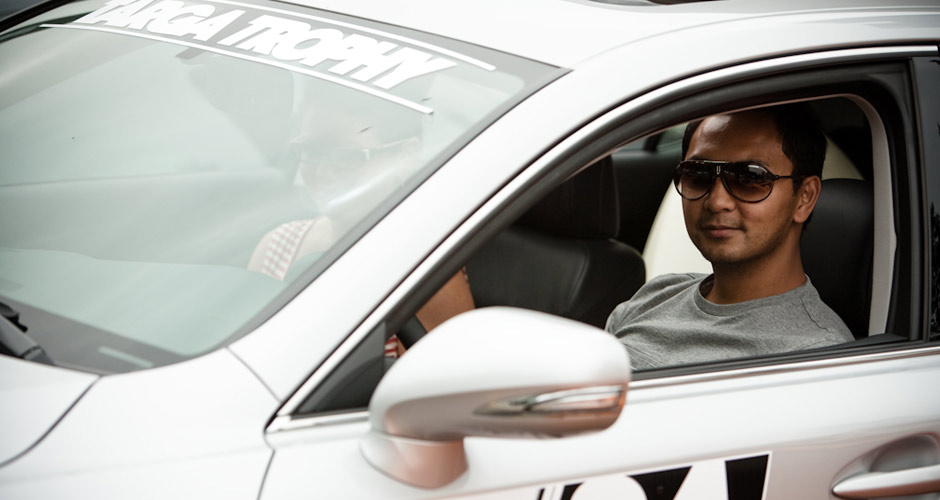 For those in the Bay Area / LA or any one interested registration is still open. Contact me for more details – john@theidagency.com