During this week’s US Open of Surf, the homies at Hurley will be hosting a pop-up art shop called the “Hurley Printing Press.” Curated by the renowned Hurley artist Craig Stecyk, “The Hurley Printing Press is an interactive atelier where athletes, artists and the community come together to pursue explorations of craft hand printing on posters, T’s and whatever else pops up.” 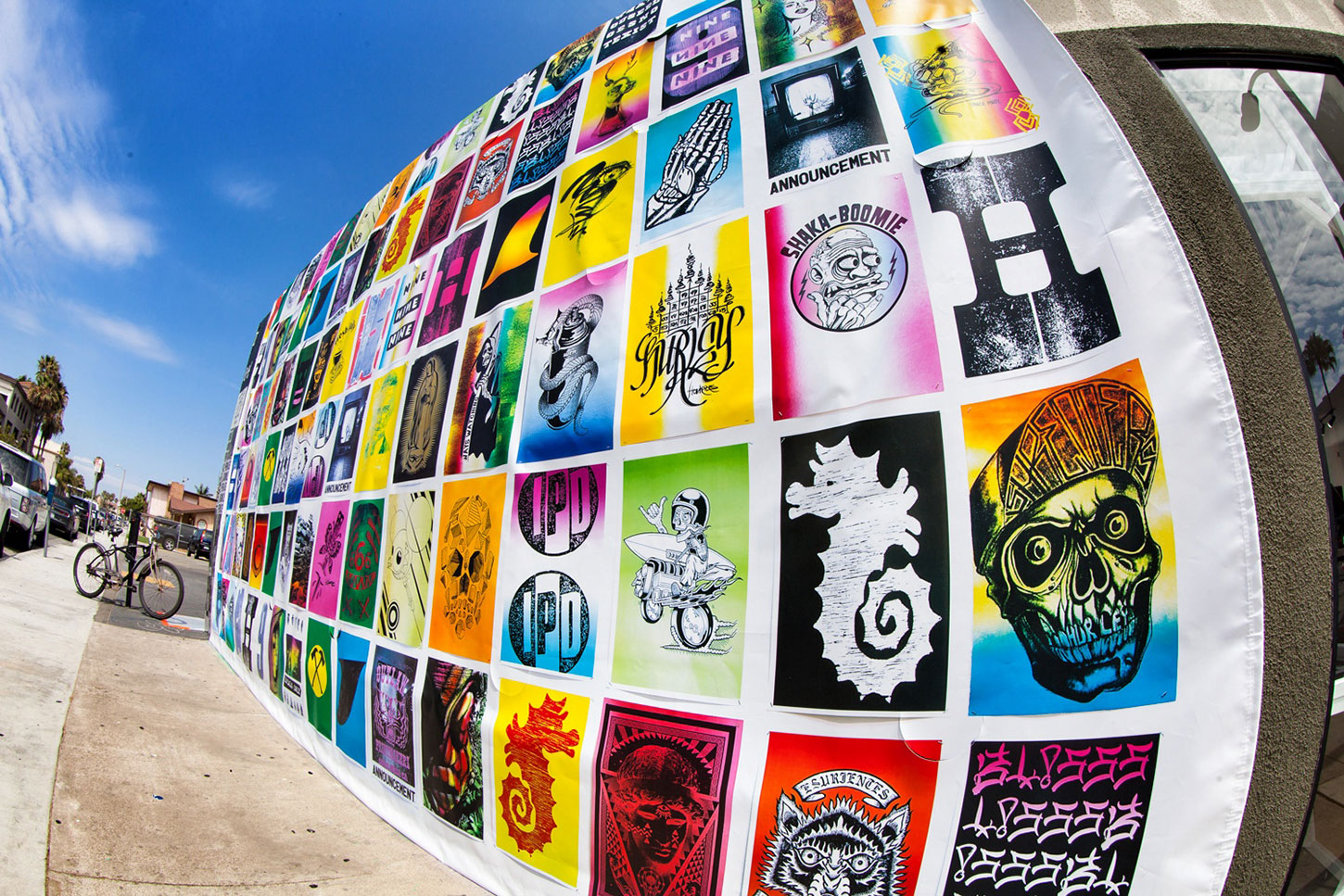 The first printing press will be hosted by Livery Design Gruppe in Huntington Beach, CA from July 22 – July 28. During the week the space will be home to the six Hurley Printing Press artists — including Jersey Joe, Dalek, Madsteez, Craig Stecyk, Tim Hendricks, and the Hurley Art Department — and each day a featured artist will host the curated space, displaying his art and hand-printing tees of his own designs with a Charles Brand etching press. All tees and prints are designed exclusively for the Hurley Printing Press and will be available for $30 exclusively at each Hurley Printing Press location, followed by a limited run online. 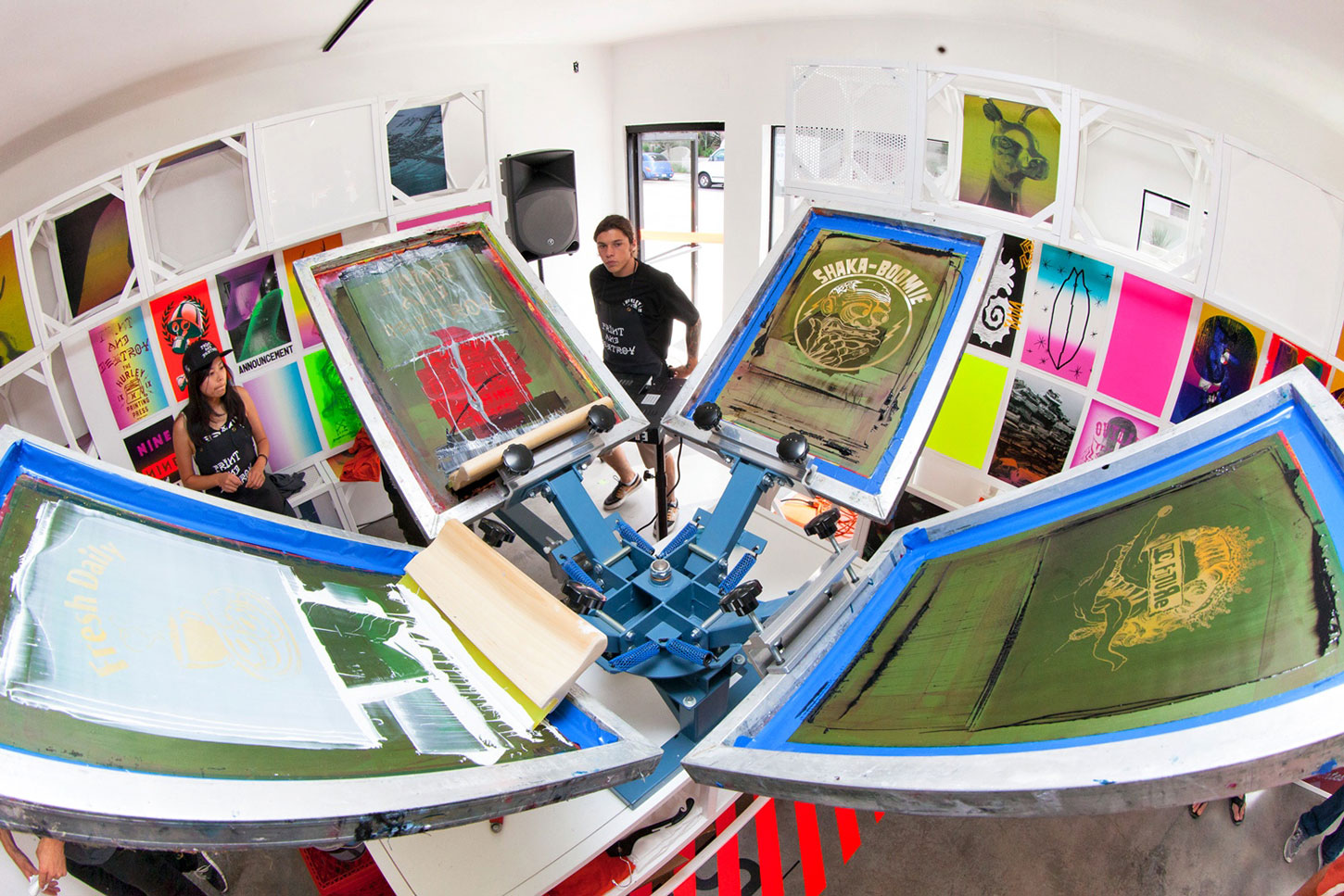 Hurley pro athletes will also be on hand to meet and greet with the fans and print some custom tees including Julian Wilson, Lakey Peterson, Carissa Moore, Jay Adams (legendary Dogtown skateboarder), Kolohe Andino and more. 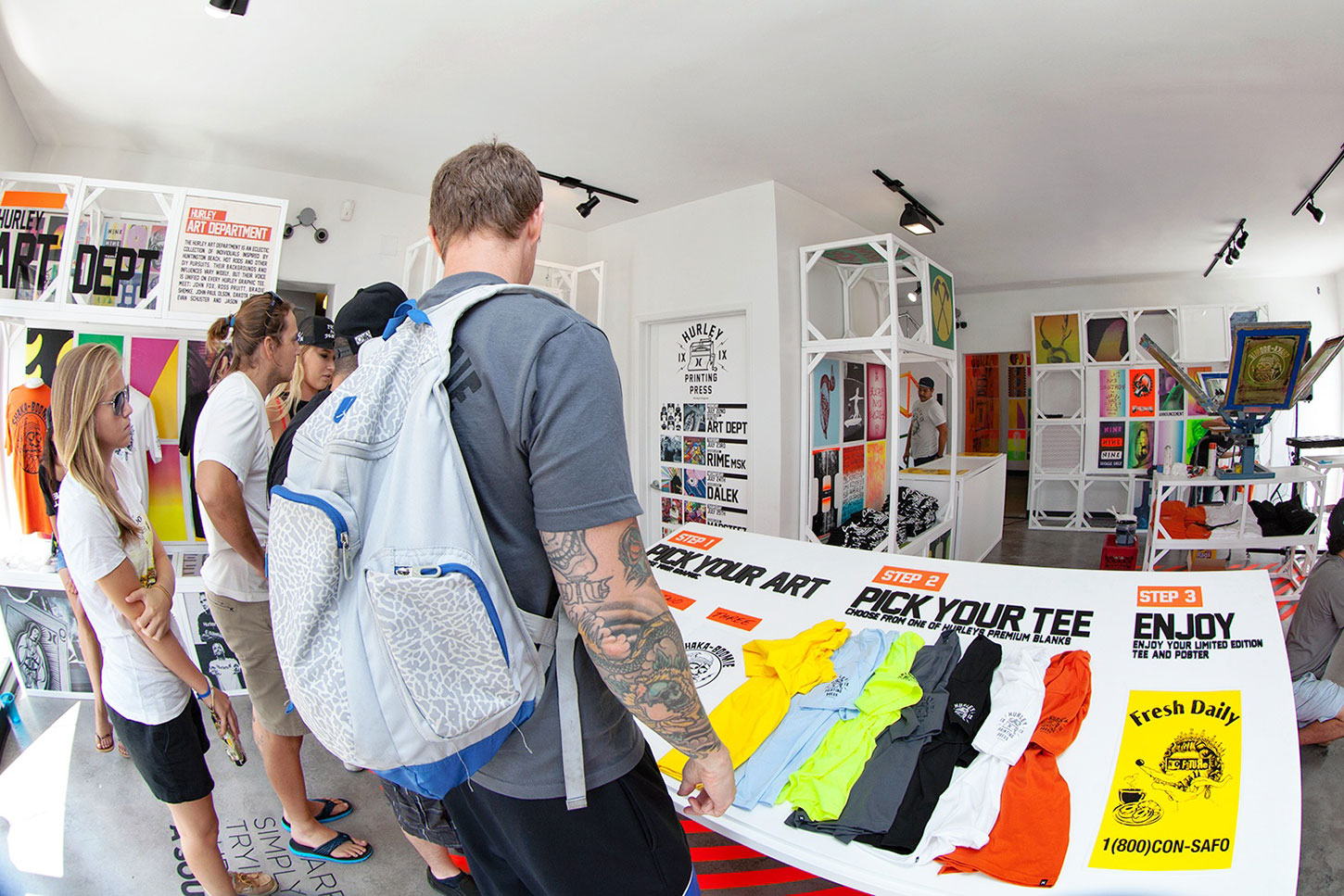 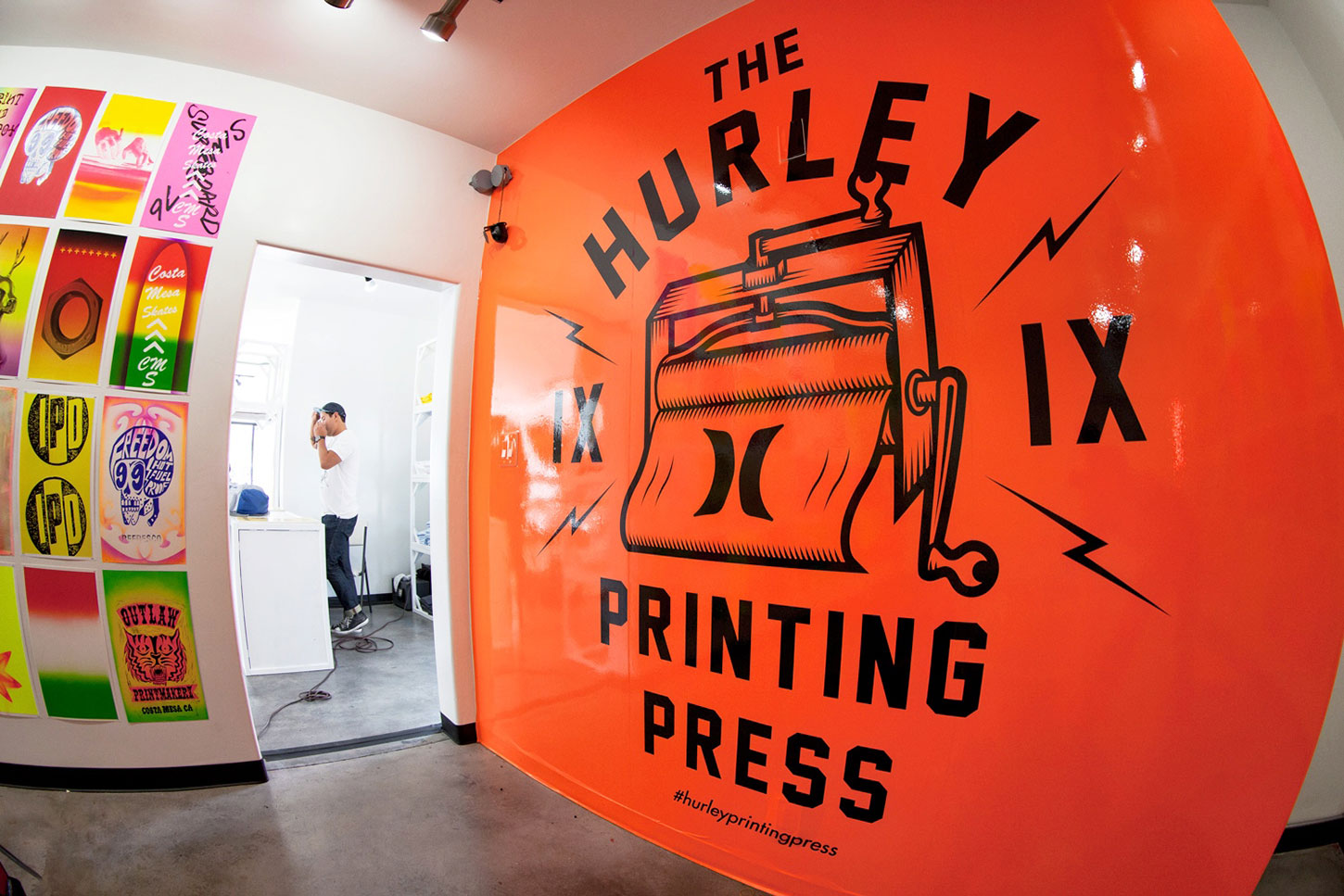 July 23rd – Jersey Joe (In partnership with Agenda)
Jersey Joe/RIME is best known for loud use of color and unique lettering and typography. Starting in New York in 1991, RIME came to Los Angeles in 2005 to focus on fine art.

July 24th – Dalek
Growing up in a military family, James Marshall, AKA “Dalek,” is a byproduct of several cultures; his move to Japan in high school was perhaps most influential. Dalek is known for his iconic space monkey character, which was formed by subcultures of punk rock, skateboarding and graffiti, merged with street art, cartoons, Japanese pop and the energy of the urban punk scene.

July 25th – Madsteez (In partnership with BL!SSS Magazine)
Based in California by way of DC, Mark Paul Deren “MADSTEEZ” is a multimedia designer/artist known for his vivid, large-scale, multi-layered paintings and incorporation of humor. He’s collaborated with several iconic brands, like Nike, Target, Volkswagen and Red Bull.

July 26th – Craig Stecyk
The godfather of DIY and Dog Town, Stecyk is a jack-of-all-trades; he paints, draws, writes and films. Surf, skate and street culture have shaped his work.

July 27th – Tim Hendricks
Tim Hendricks learned his trade from his father, and grew up around surfing and art. His passion for tattoos began in his late teens and grew into a lifelong career, heavily influencing his style of drawing and painting.