The impossible just became possible as the San Francisco Giants, down 3-1, have just won 3 in a row to push and shove their way to the 2012 WORLD SERIES! I personally wanted to release this tee before the NLCS but didnt want to jinx their journey to the World Series.

Now that they’re there, we’ve teamed up with the fellas from The Green Balloon and are now releasing this tee at the end of the week. One of the designs features the Freak and the Panda with his miraculous catch to get into the NLCS. These tees will only be available online and in our San Francisco Illest Store THIS FRIDAY AT 3PM. Only 126 Tees were made. 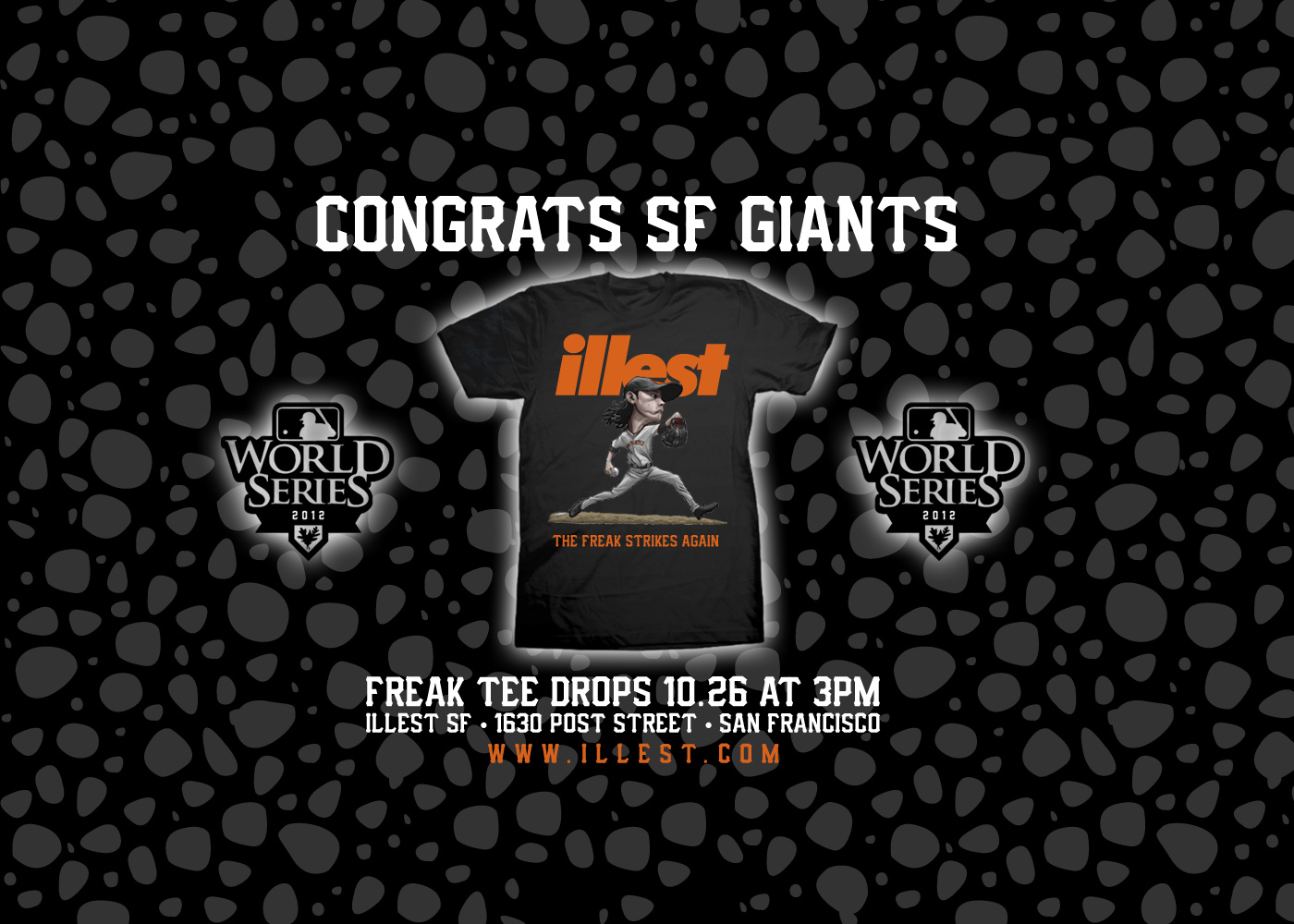 4 thoughts on “THE ILLEST GIANTS”