Can 10 years be considered a long time in this industry? Yes and no. Yes, because things become routine and like clockwork. You see the same faces, you attend similar events, you foresee the cyclical patterns warranted by this industry. And you inevitably become jaded. I’ve gotten to that point – where I grew tired of the same shit. But then some opportunity, someone, or some story, makes me say no; 10 years isn’t a long time in this industry at all. I’ve gotten to that point, too, where my mind was changed.

One of the best things about this gig is I get to meet and work with a lot of people. Some become fixtures in my career, others simply become people I know. Either way, they all lead me to believe that my 10 years of dues have been worth it. In their own ways, Alex (Backside), Rei and Joseph (Prevail Co.), and Miles (Venue Tradeshow) have forced me to reevaluate my personal drive in this industry. Allow me to introduce the next generation. 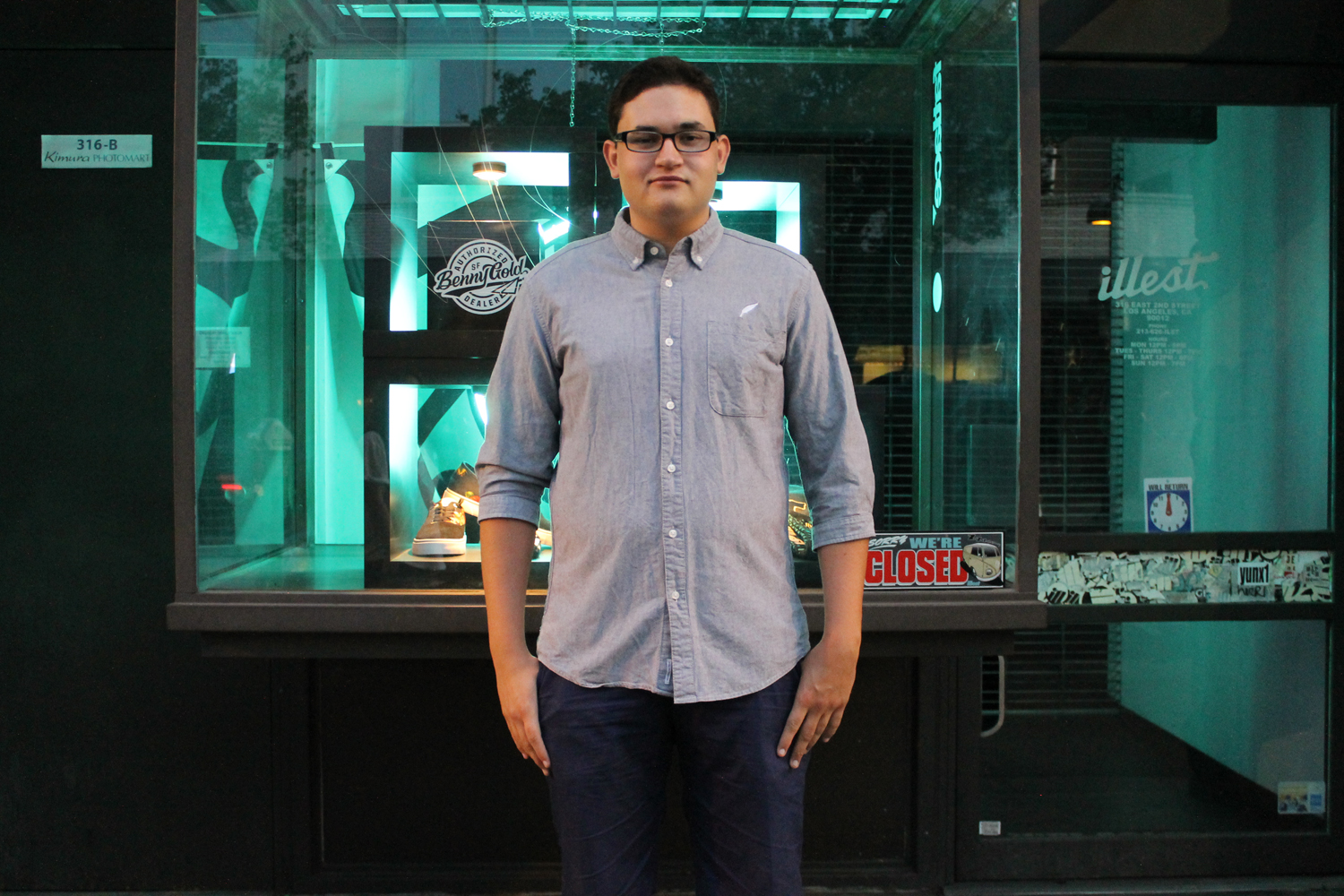 I met Alex a few years ago when I was working with Backside. He was introduced to me as the “super intern”. He was 17, interning for The Hundreds at the same time, and ready to assume his role. He had to put his head down, take orders from all of us, and allow his mind to think of how WE could be better. Man, he did it well. He eventually grew out of that position and immediately into retail buying. He was barely a high school graduate. But he got it. He was the connection Backside had to the youth, to the kids that still geek over limited edition runs, to the generation that keeps this industry on its toes. And he loves to take care of them, especially the ones that are reminiscent of himself. Alex has since been responsible for what’s on the sales floor. He builds new relationships and nurtures existing ones. He develops ideas for the store and executes them, ultimately giving Backside an edge amongst competitors like Active and Urban Outfitters who are on the same block.

But what I’ve learned from Alex isn’t his work ethic. Yeah, it’s there and it’s evident. It’s his passion and his loyalty that got me. Alex’s passion isn’t this culture, per se. It’s survival in this culture. He invests in education so he can keep up, he identifies what’s lacking and tries to create it himself, and he fosters connections between all players in the industry. As for loyalty? I have no doubt that Alex will ride with Backside until the end. He will be a pioneer for the next generation of shoppers and he will curate a sales floor that dictates trend. But more than that, he’ll continue the Backside legacy that’s been 20 years in the making. His official title is now store manager/streetwear buyer and yesterday he celebrated his 3 year anniversary with the shop. He still has the same drive I saw in him when we first met. 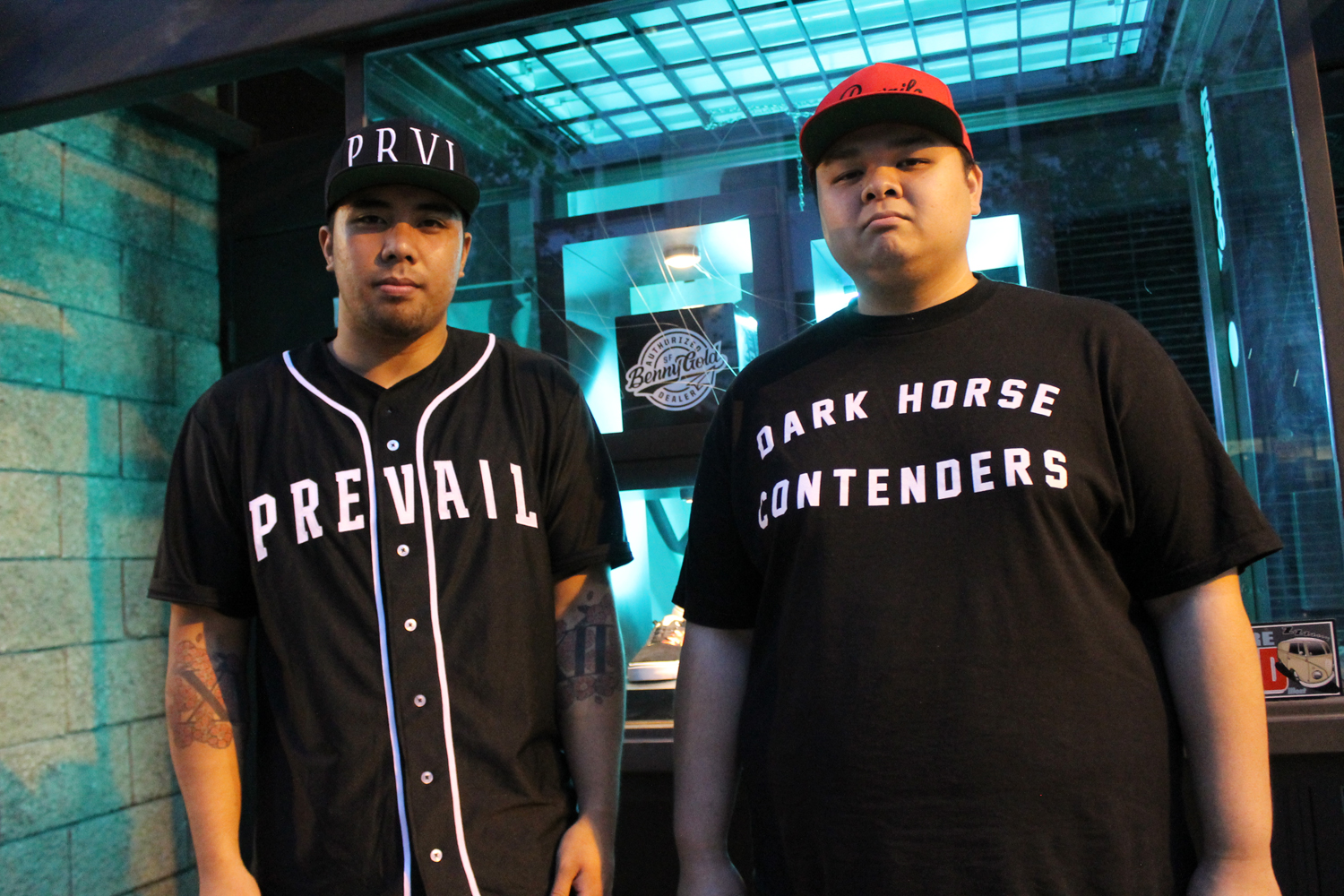 Prevail and I knew each other before Prevail was Prevail. In a way, I saw this brand materialize over social media. I saw the research shared within 160 characters, prototype photos seeking double taps and feedback, and the official launch announced in my feed. The name is its true essence; a clothing brand with a brave spirit, created for the underdog, to prevail over all odds. It reflects its owners – Rei and Joseph – two best friends who know that term all too well. Despite his background in contemporary menswear and his genuine interest in street culture, Rei’s internship application was rejected at nearly every brand headquartered in the Los Angeles area. No one thought he was good enough. As for Joseph, he was always an underdog, coming here from a foreign country, with what seemed like a permanent scarlet letter. He was an outsider, forced to acclimate quickly, yet never the same as his peers. Prevail Co. is the dream for them, an expression of who they are and what they’ve overcome. Their themed collections like “Dark Horse Contenders” and “Fear None, Conquer All” are examples of that.

Prevail is now at its first year in business. They’re expanding into cut & sew product and sold at Karmaloop’s independent division, Kazbah. Although very conceptual and inspiring, their story isn’t what drew me to them. It was their patience and their humility. In a time of overnight successes and instant gratification, Rei and Joseph have steered clear. They have taken the time to learn the business, to understand and accept the process, to teach themselves the required tools to independently operate. And even better – they embrace the long run, the “much later” timeframe, the longevity that’s so quickly overlooked these days. 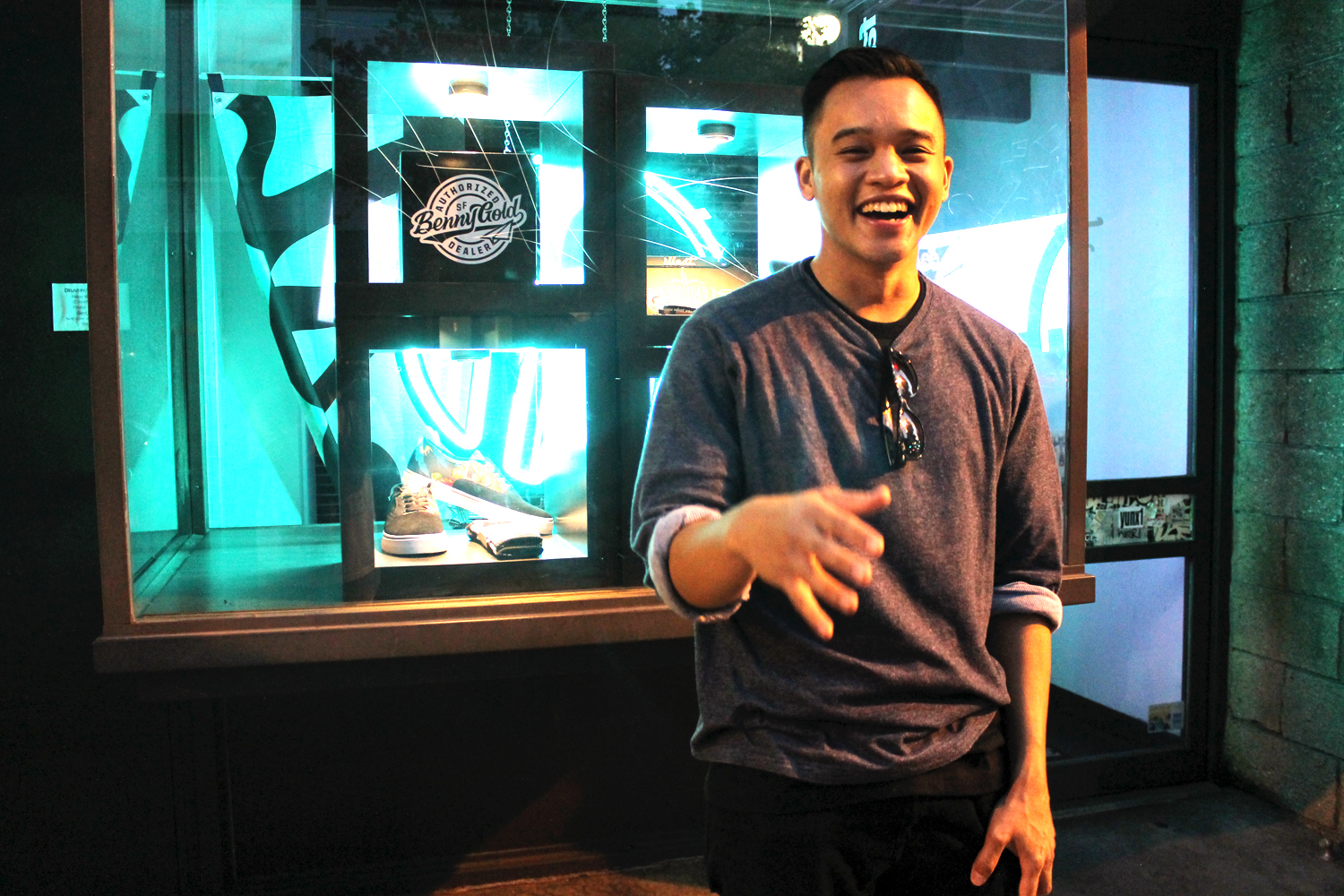 He went to the MAGIC trade show as a photographer and left with a plan. In summer 2012, Miles was asked to shoot coverage for a friend’s brand showing at MAGIC. They were amongst giants, overlooked in their booth, unsuccessful in landing accounts. The wheels started turning in Miles’ head. How could a small brand succeed in a marketplace of that magnitude? There needs to be a smaller marketplace, he thought. One tailored to the up-and-coming, a new platform for retailers to connect to brands. So he started to examine the need for it. He put a “job ad” up on Hypebeast’s job section. It was a letter, addressed to those smaller brands, detailing his idea. It ended with a link to http://venuetradeshow.com.  His inbox flooded. There was an obvious need and an obvious want for it. Miles knew right then and there that this is what he had to do. He put in the work, starting with a handwritten list of ideal brands he wanted to reach out to. Then he started visiting them. He drove near and far to personally connect with owners and retailers. When Venue Tradeshow first opened at the Los Angeles Convention Center last year, there were 40 brands in attendance. He did it all on the strength of an idea – the idea to allow progressive brands their chance. Their chance to position themselves among peers, to reveal their guts and glory, to prove that they could be the next big thing.

This July, Venue opens for the third time. This time in the Cooper Building in Downtown Los Angeles and this time with 60 brands. In just one year, Miles now has a staff to help him with his vision, a group of volunteers, and new programs implemented into Venue Tradeshow’s mission. He still drives near and far, though. Because that’s what it’s about for him. And that’s what he’s taught me. Since the new millennium, connections have been less face to face and more digital. Miles still believes in the former. There is tangibility and promise when someone shows up even if it’s just to shake your hand. Relationship building is crucial in this industry, and is just as important is passion, loyalty, patience and humility.

When I was just starting my own blog and my own clothing line, I lived by that phrase, “Stay Hungry, Stay Foolish”. I still kind of do but with more caution than I originally did. These guys bring that back in me. They see things that I don’t, all for the love. Thanks for reading and please support Backside, Prevail Clothing, and Venue Tradeshow. Maybe they can rekindle something in you, too.

3 thoughts on “THE NEXT GENERATION”