First-Ever Lexus Jet Stars in Sony Pictures’ Men in Black: International
It's been a while..
Thanks Houston Astros Tickets for the support
LIFE / Posted by Morgan Wilson / 15/07/2019

If you’re a die-hard water-cooled Volkswagen enthusiast like myself you are aware of the ever popular moniker that is OEM+. Rarely do you see this style of modification outside of the VAG and euro community, however other marques have followed suit at times. 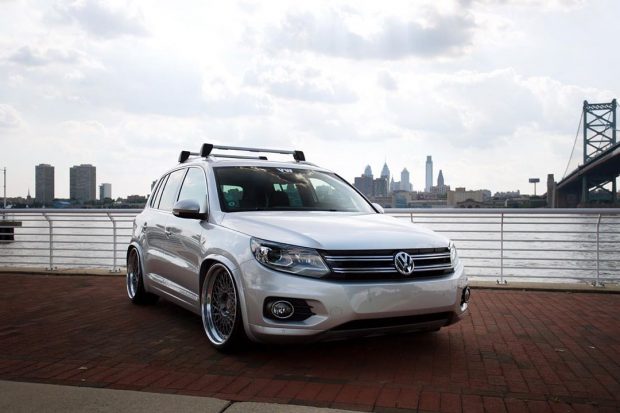 Essentially, styling a car in an OEM+ fashion denotes applying various parts from the same manufacturer that did not come as factory equipment on said car. An example would be installing 944 door handles on a MK2, Boxter brakes on a B5 etc. Simply put, you are sprucing up your car with factory parts from newer and/or other cars within the same brand range. John Williamson lives by this code. 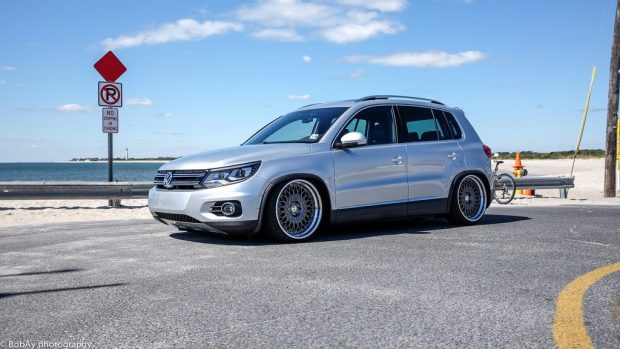 I’ve known John for years and of all of the builds that he has put together, his first generation Tiguan stands out the most.  John’s resume’ when it comes to Volkswagens and Audi’s is rather extensive including multiple R32’s, Golf R’s, a 337, and a hand full of high-trim Audi S cars. He purchased this R-Line Tiguan new off the lot when it was released and like all of us who vie to keep it stock, the mod bug bit him immediately. Let’s take it from the top.

This beefier ‘GTI’ remained relatively factory at first with a few subtle European market bits added to the mix. Like all of John’s cars, the Tiguan’s part list began to accumulate quickly as months passed. It wasn’t long before the car was under the knife and the OE shocks and struts were swapped in favor of Air Lift Performance suspension. The stock 19×9 wheels tucked nicely under the boxy fender wells and kept everything looking factory esque’. 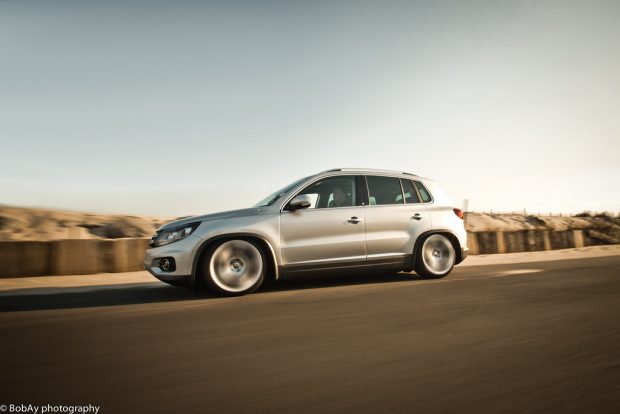 While the OEM Savannah’s looked right at home, John has always been a fan of HRE. Like clockwork, the think tanks at the aforementioned roller brand were contacted and the set of Vintage 501’s made their way onto the hubs. 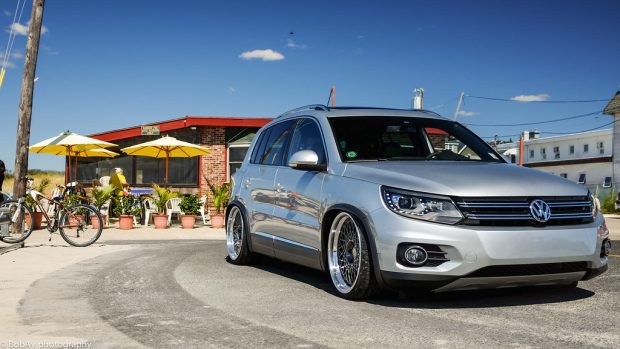 Once the fitment was dialed in John began chipping away at the interior and exterior of the car in various fashion. Multiple OEM parts from across the pond began settling about the cabin including headlight switch, cupholders, parcel shelf, and puddle lights for the doors. The outside was no different and again, factory components from Germany were the ticket. Mirrors, lights, moldings, and eventually a full color-matched valence kit really set this grocery getter off. 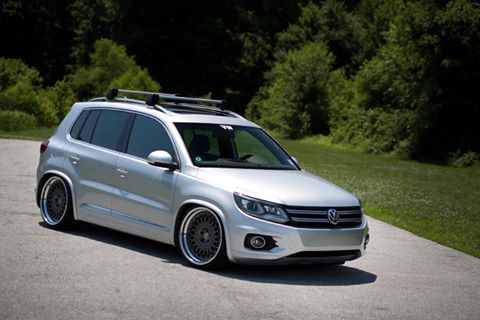 However, before you draw any premptive conclusions on whether this 2.0 liter four is all show and no go I will debunk your thoughts. While the internals remain stock, John decided to produce numbers in the form of a K04 turbo kit, software, and other bolt-ons. The end result is an extremely quick little SUV that will put a smile on your face while doing a 60 pull on the highway, all while putting a smile on your kid’s faces as they sit in the back seat.

Unfortunately, like most of John’s builds, the Tiguan was parted and sold after he became bored like much of us do. I’ve lost count of how many VW/Audi platform vehicles he has had since this gem, but it would take both hands to come up with a number.  Currently he can be found cruising New Jersey in his F-150 Raptor or MK4 R32 which he purchased new back in ’04.  Stay tuned for any changes in his fleet. If you don’t, you just might miss it!