Whenever visiting Hawaii, it’s nice to swing by Waimea and chill at the beach. It isn’t as crowded as Waikiki. There’s a rock here that we used to jump off. When the water is calm it’s a peaceful jump. Days like this with warning signs up, make it seem dangerous. It doesn’t look that high from here, but when you are standing up there, it looks like a far drop! Locals did crazy dives like suicides and watermelons that create a lot of splash. That was the goal. 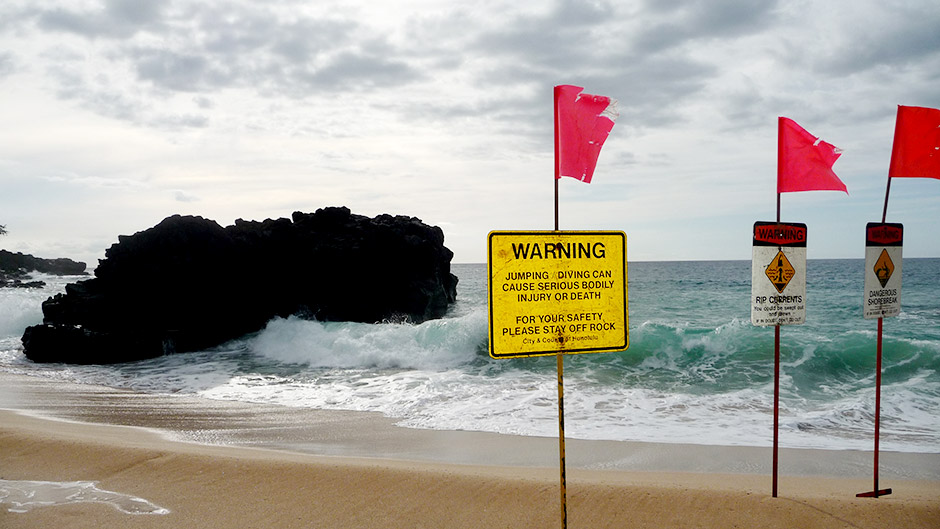 This is the way up. 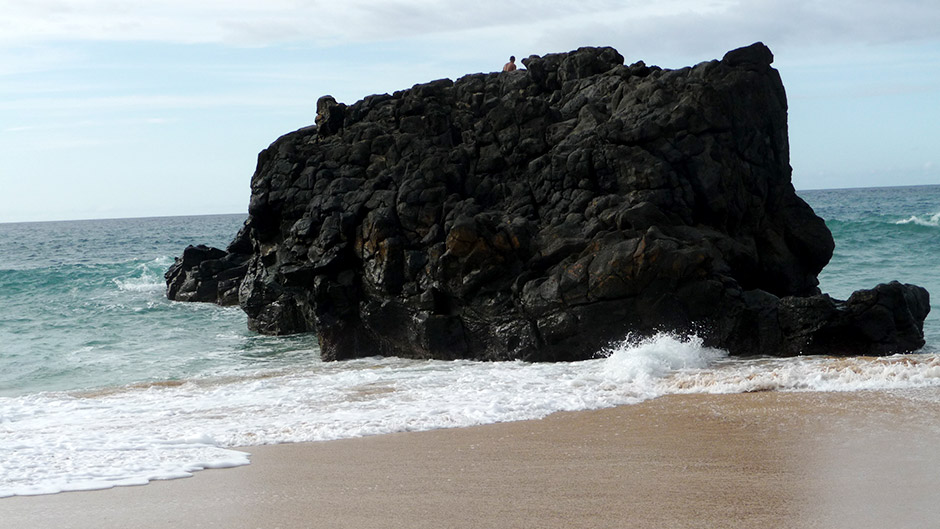 I think this was seared Ahi at one of my favorite restaurants, Sansei Seafood Restaurant & Sushi Bar. 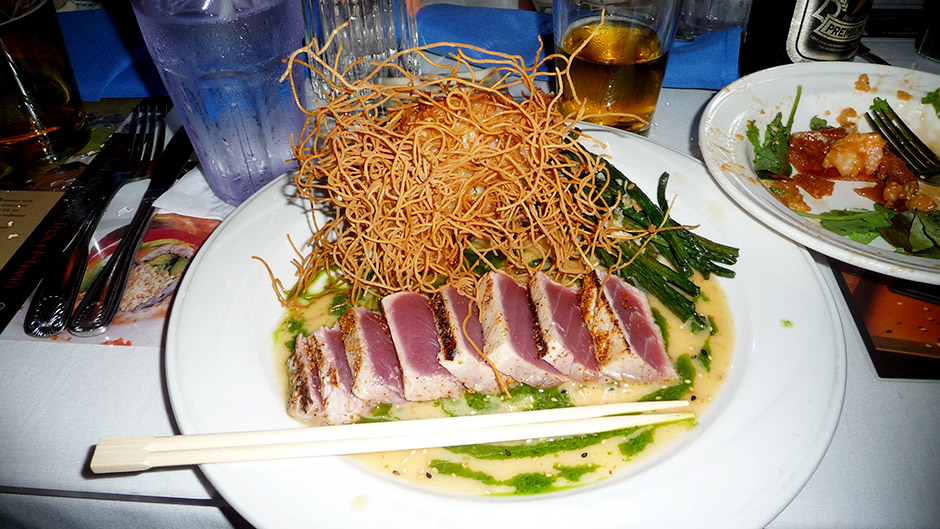 Met up with my cousin Jeanette at Cafe Kaila for breakfast one day. This place is pretty good! I wouldn’t go as far as saying it’s better than Boots & Kimo’s though. Nothing beats the Mac Nut Pancakes. It’s a good place for breakfast if you’re in the Waikiki area. Not walking distance though, gotta drive. 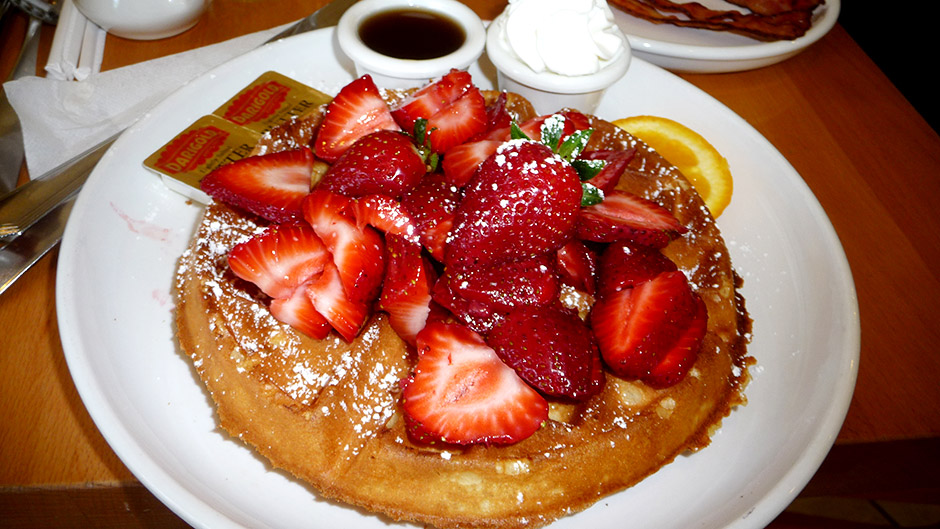 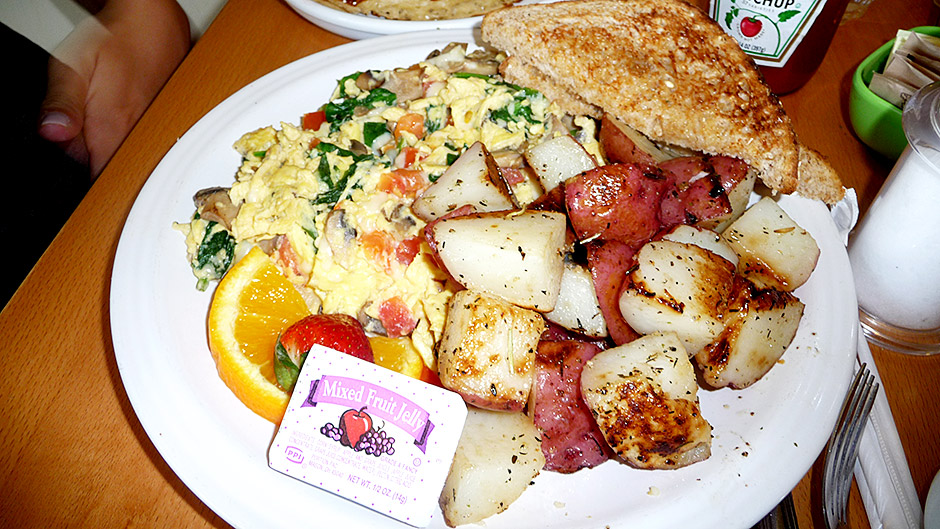 Can’t resist Pinkberry on a hot day. This was Mango w/ a side of mango and kiwi. 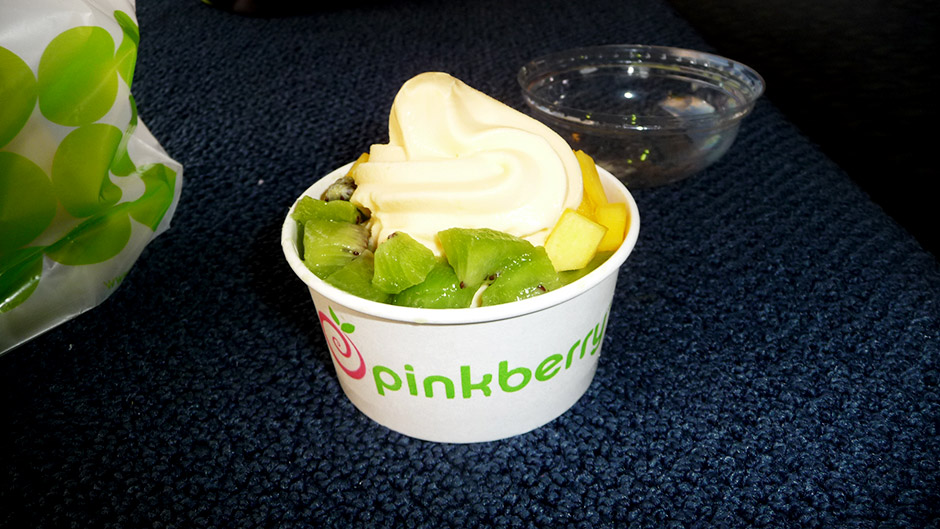 This isn’t food, but some cool gamecocks at the Dole plantation. 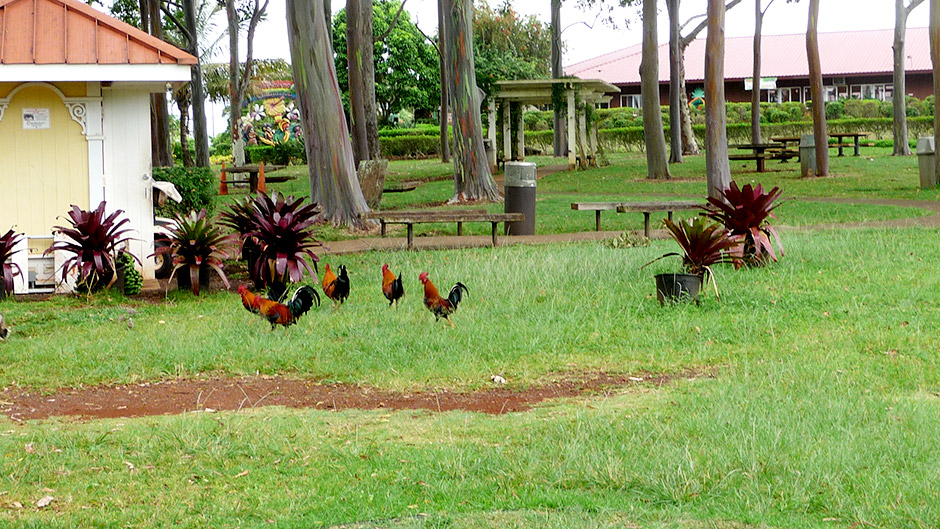