Now that I’m back in the bay I have time to recollect myself and recap my past two week in photos. It’s been a crazy couple weeks for myself. I wasn’t quite sure if I was going to even document everything the way I would’ve liked to, but I did what I can! I took a sporadic trip back to LA (even if it seems like I’m always out there). I was put on the  April Lifeswell flyer as one of the birthday celebrants so I was obliged to join in on the festivities.

The following day we were all set to go to Vegas to join the Rhythm Natives band and Bambu for the Smugglers Tour. 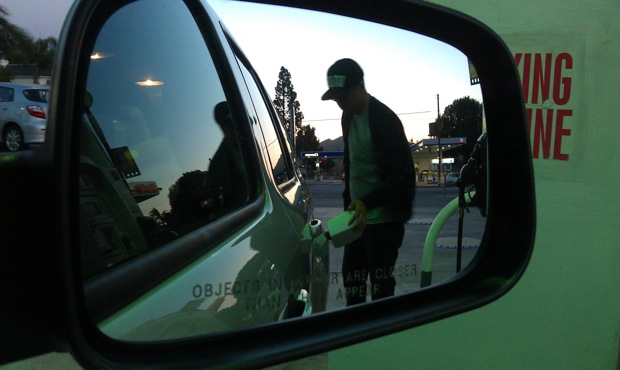 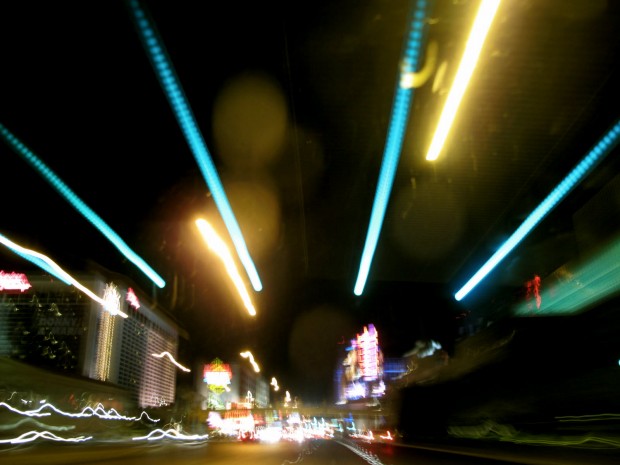 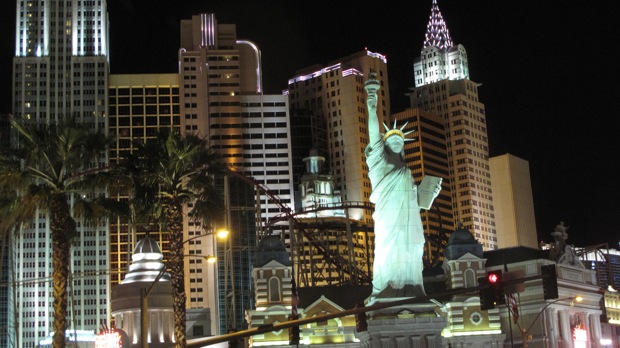 Jon and I checked in late to the hotel but since it was a busy day for check in’s the front desk agent upgraded our room to a suite since our room was sold out. Sweet right? 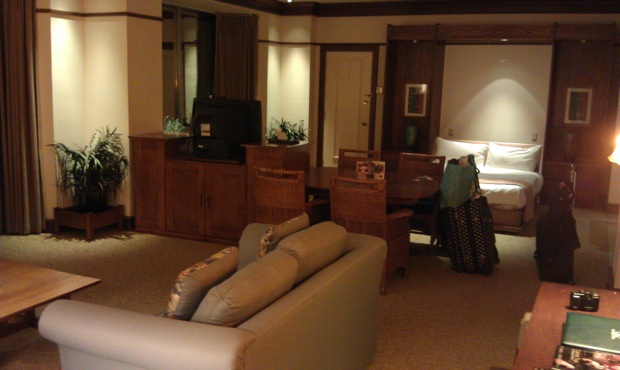 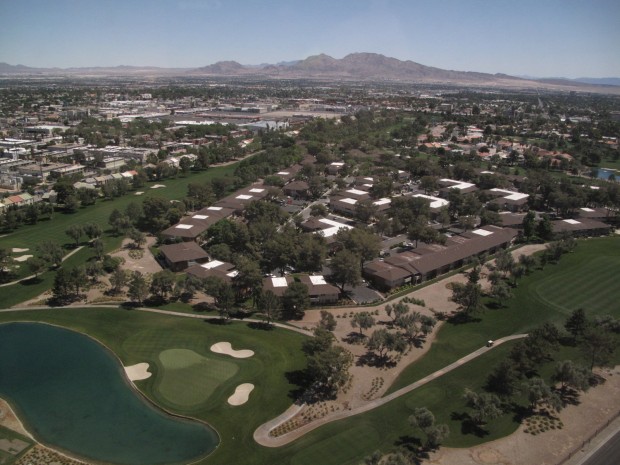 We joined the fam at Eye Candy Lounge in Mandalay Bay and stayed out like crazy Vegas person would’ve done. 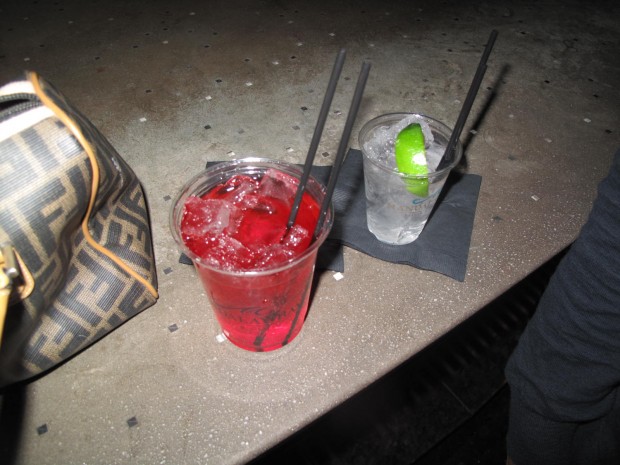 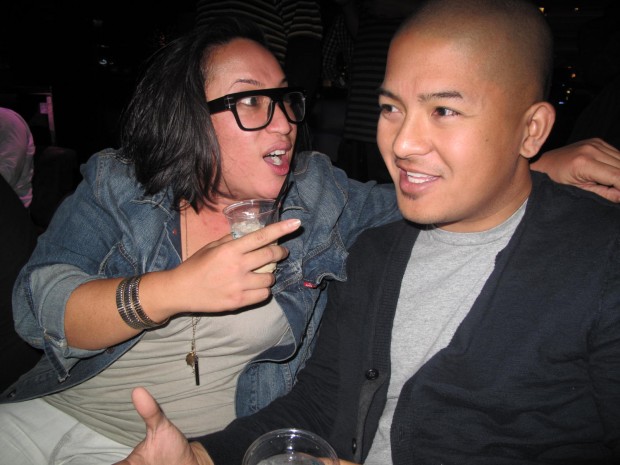 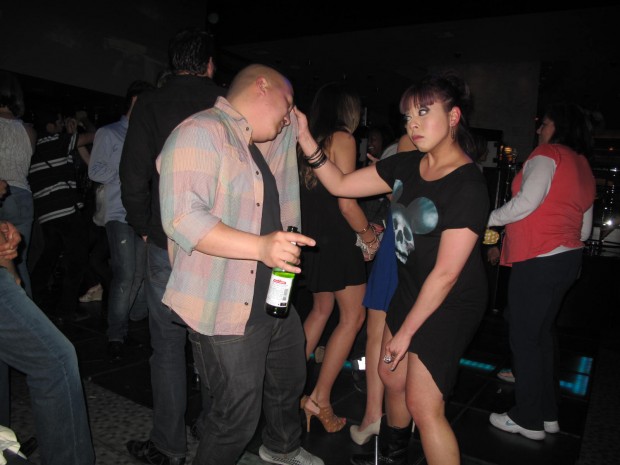 Saturday, the team met up at Salo Salo Grill, a filipino restaurant for brunch, which turned into a late lunch since everyone slept somewhere after 5am. This definitely hit the spot for us! 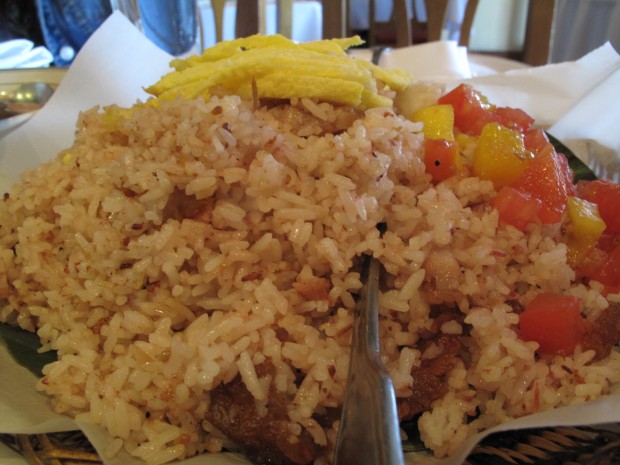 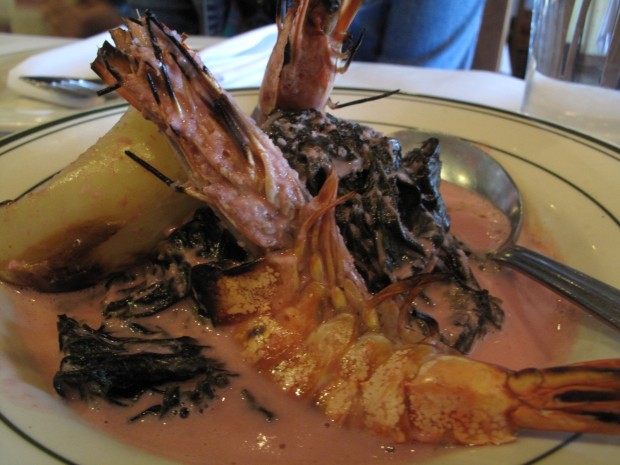 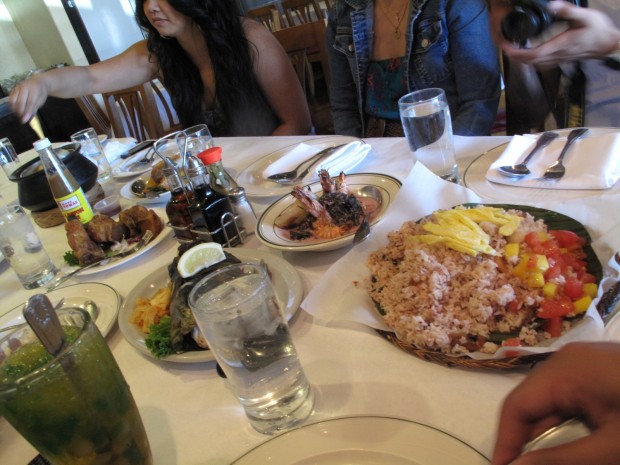 We ordered like 12 dishes however I was already eating when the first 4 came along. 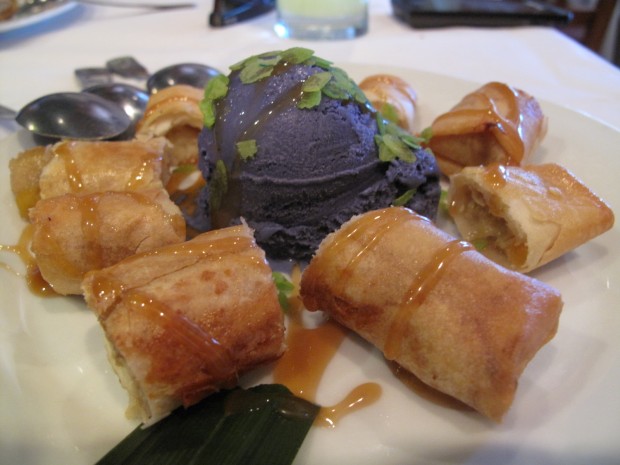 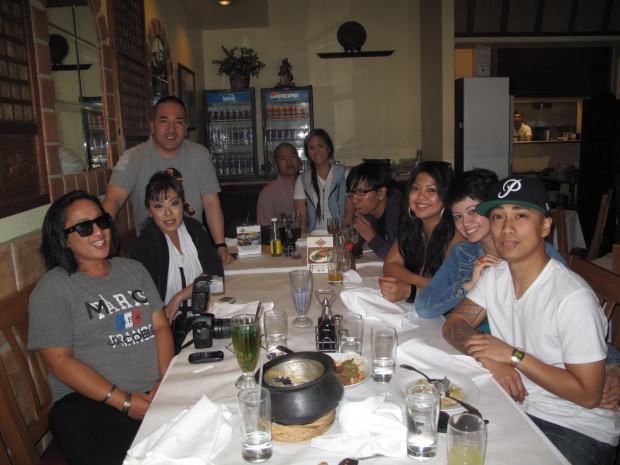 We all split and did our thing for a couple hours. Hubby and I stopped by the LV Premium Outlets and also Stussy and Undefeated. 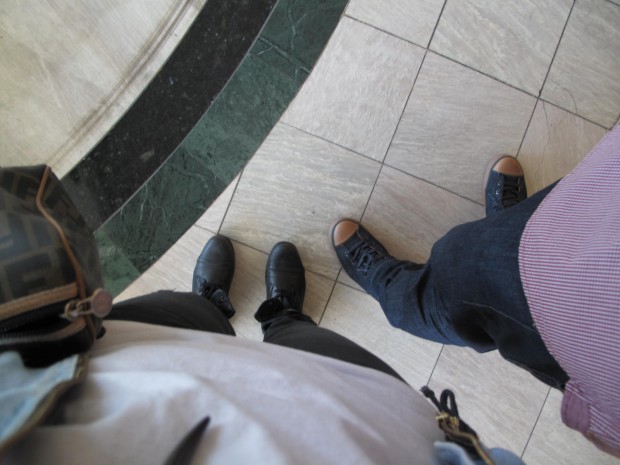 Having visited Stussy LA and SF, I was quite used to the welcoming experience. Seemed like LV had more folks there, and no one really paid us no mind. However, since I’m blogging on FL, I might as well get this out. I believe I saw Neek walk into Undefeated from Stussy, I was very close to saying what’s up but didn’t know if he would remember me as the girl from NT that would talk about trading shoes since we both wore the same size. Vince, had hit me up on my blog telling me to say what’s up to Neek at Stussy LV, so I’m more than sure that the person I saw was actually him. If I’ve seen the roster for SFC, I think he still blogs with us. So… to Neek/Neek_Supreme/Punk_emo on NT, what up old NT friend. – soled 0ut (jeri) 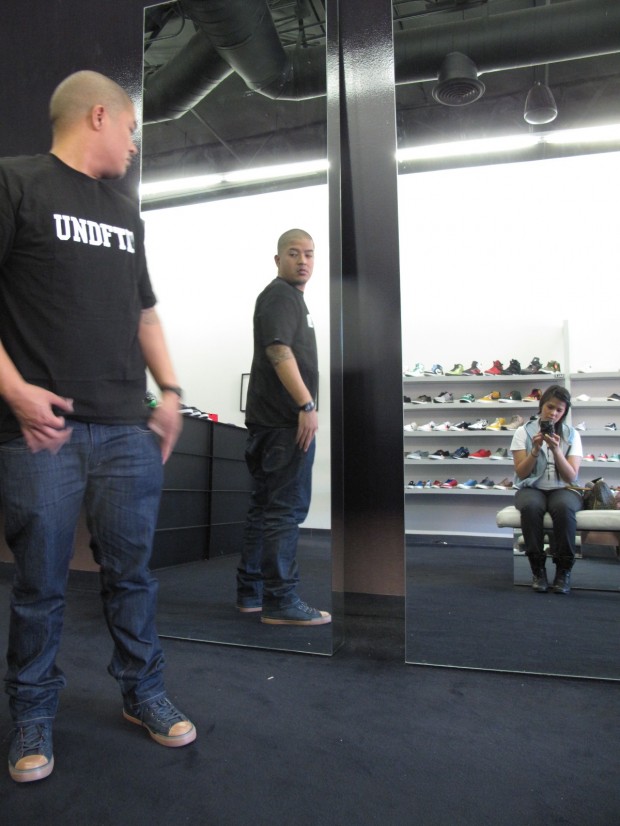 Shouts out to Pat at Undefeated for taking care of us!

Everyone met back up for The Smuggler’s Tour’s first stop: Tunay. 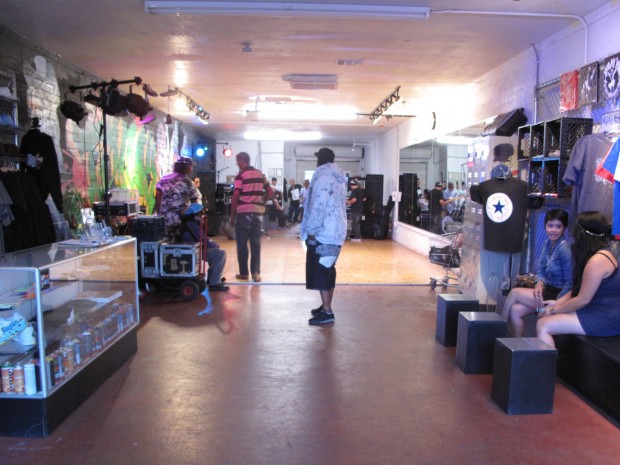 Had I known that the men responsible for the sound in that building were part of Kool & The Gang, I would’ve asked for a photo or something!

Just Pudge came through as the DJ for the RN set. Little did I know that there were more acts before the Rhythm Natives, and one in between RN and Bam’s? Politics got in the way and the guy who threw the event went right before Bam. I’m not necessarily hating on the him, he just dug a deep deep hole for him to lay in placing his set after Rhythm Natives. I’m saying this because every time I see RN perform they really do come correct live. They may have an upper hand because they are a live band, but also their sets are clean, and dope! 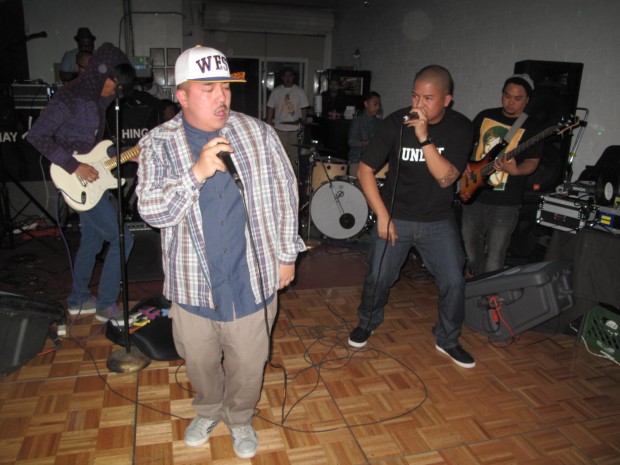 As expected, Bambu killed it with his set. I think this was my third time seeing him perform. He has great showmanship and what I love about his performances is that he really does incorporate his DJ (Phatrick) in his set. Another thing is he spreads awareness to the youth, keeps it real with his music, and his audience. His set is refreshing, entertaining, and LIVE. 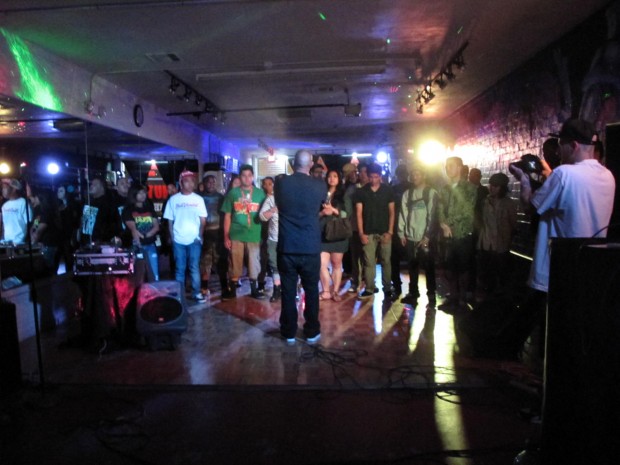 Pardon the behind the stage photo! 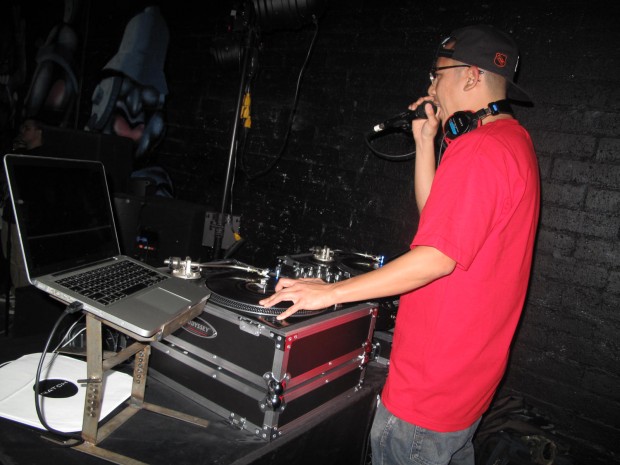 RockyRivera was in the building looking lovely as always, funny because I’ve seen her a couple times but didn’t get too close to introduce myself. I’m glad to have finally met her. Shes so fly! 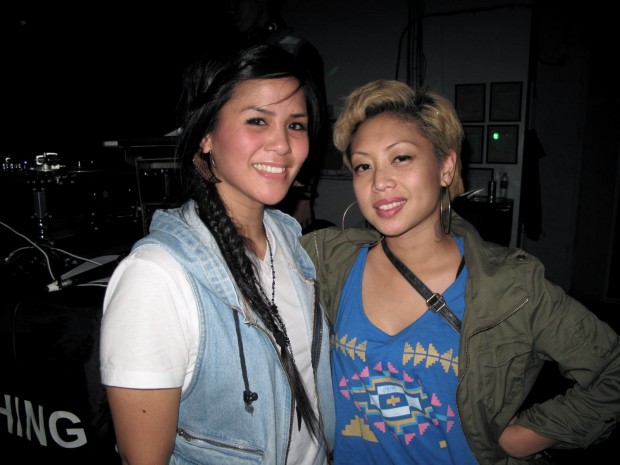 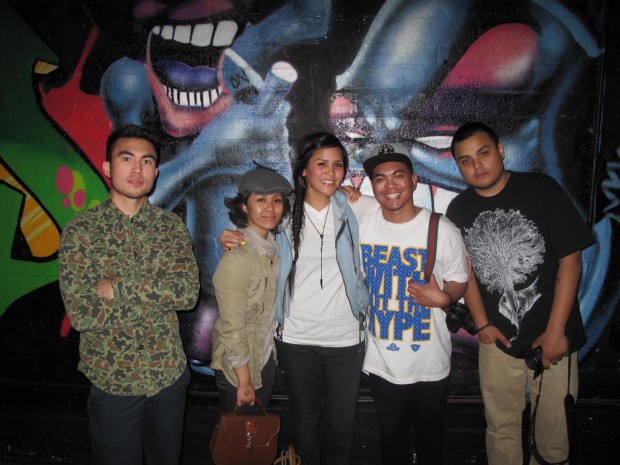 randomly bumped into friends of mine from socal and Reno! Esta on the left of the photo–who also produced the “A Dollar” track on Bam’s Exact Change Reloaded), my girl: Lanie from LV, my bro: Jeff Bernat to my left, and EP. Odd that we reunite in Vegas of all places? Either way, It was lovely seeing them.

After the performances the crew met up at Insert Coins. This place blew my mind. It was a gamer’s paradise. We all wished there were more arcade games, but i’d say a good 1/8th of the room was filled with arcades. one side of the room had booths of video consoles, hell, they even had xbox360 and ps3 consoles at the bar! 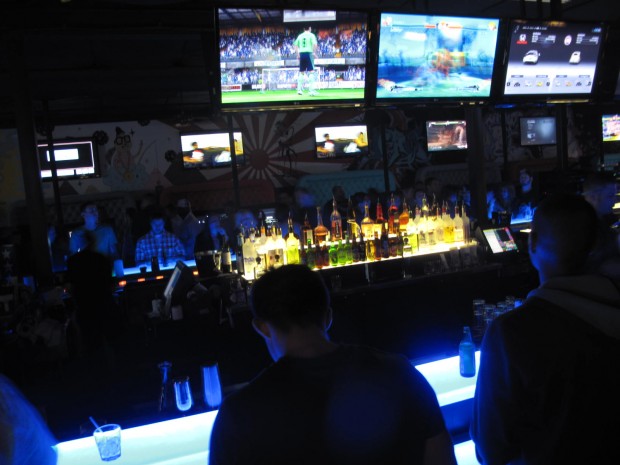 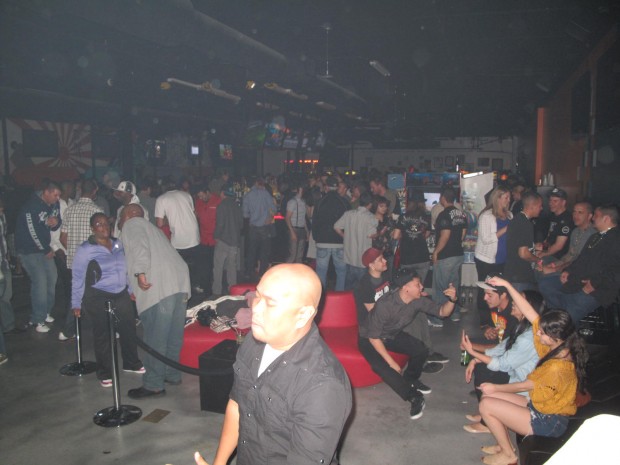 Games galore, good music, live dj, dance floor, alcohol + bar = greatness. The downfall for me was the indoor smoking. That was a bit overboard given there are absolutely no windows in that venue.

The following day Jon and I checked out of our hotel, met up with Jackie and Boj for our complimentary buffet then spend the day on the strip. We went shopping, had dinner at PUCK (Wolfgang) Pizzaria & Cucina, and stayed late to watch the water show. =) 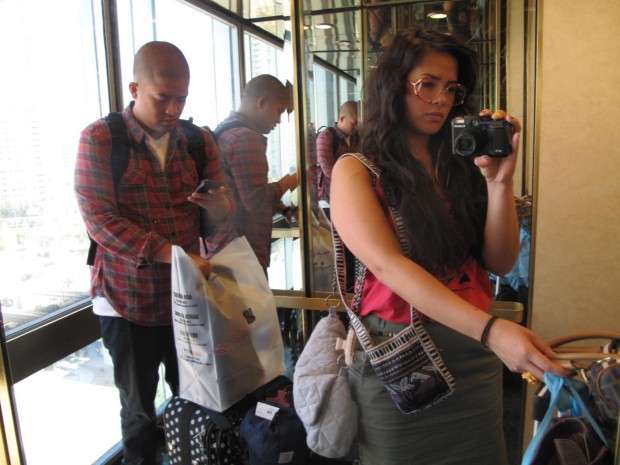 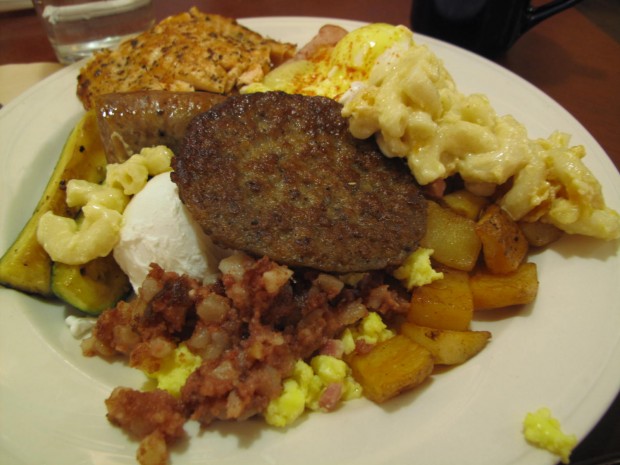 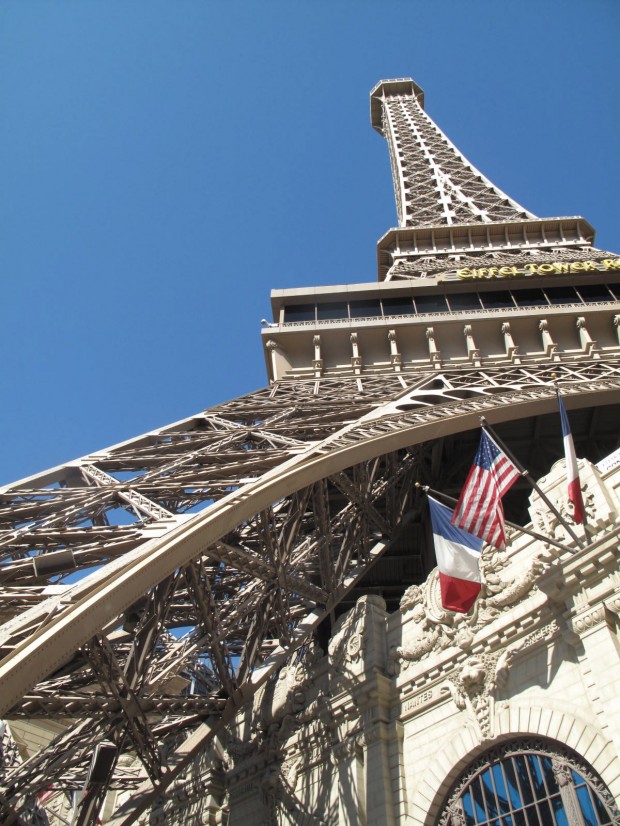 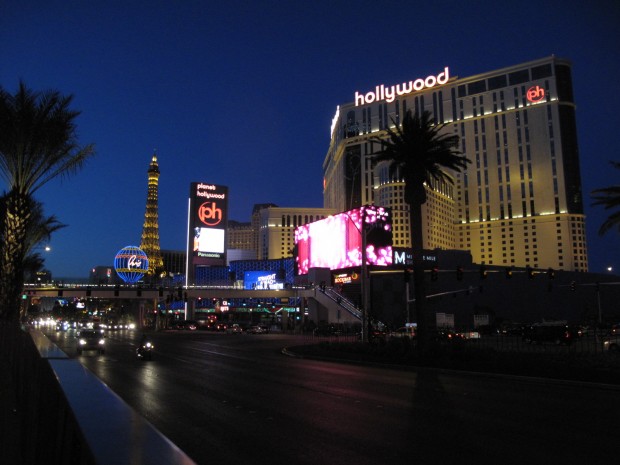 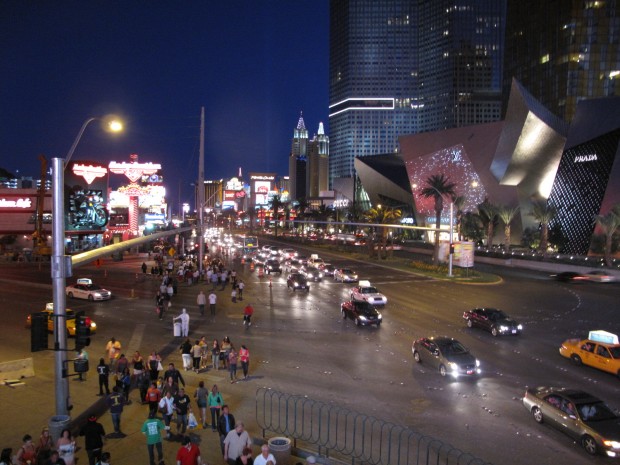 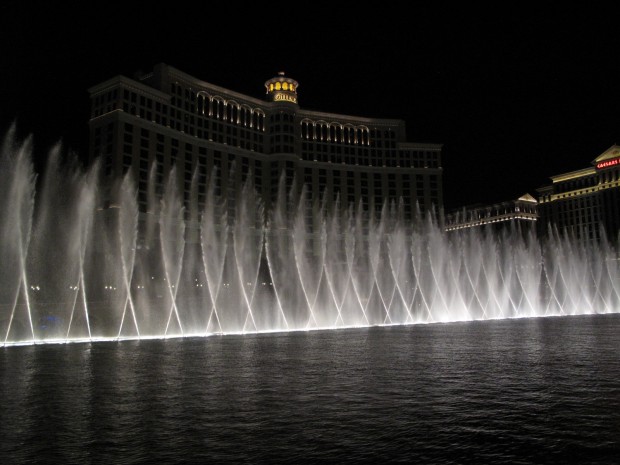