There was something about this car when I first saw it. With so many worked Silvia’s getting around, its no easy task to make one stand out. 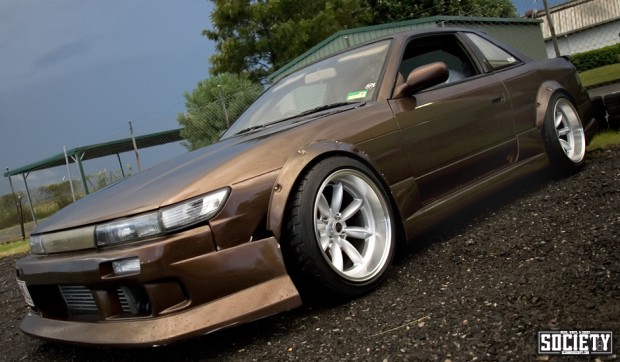 I couldn’t quite put my finger on it, perhaps it was the controlled excess of the styling, the flared guards, the epic dish of the Rota RBX 17×9.5, or maybe the copper brown with gold pearl that tied it all together. 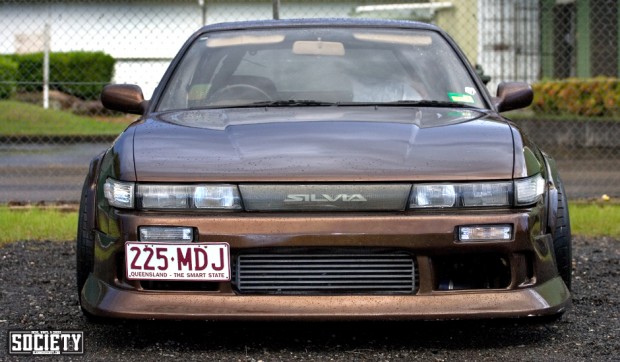 There was something else unique about this build – freshly completed, owner George Sandic takes it to the track and drifts the hell out of it. 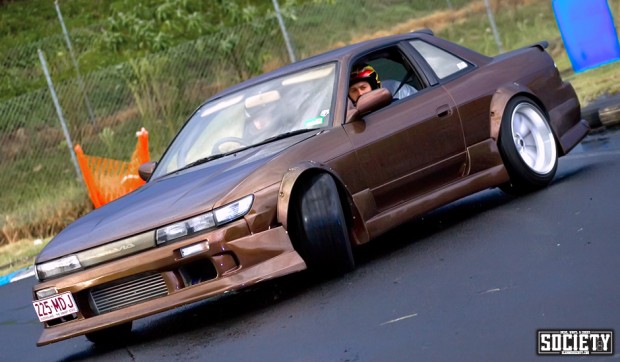 With a few battle scars and cable tie repairs on a recently completed build, this is no show pony to be hard parked and admired, it was created with purpose. 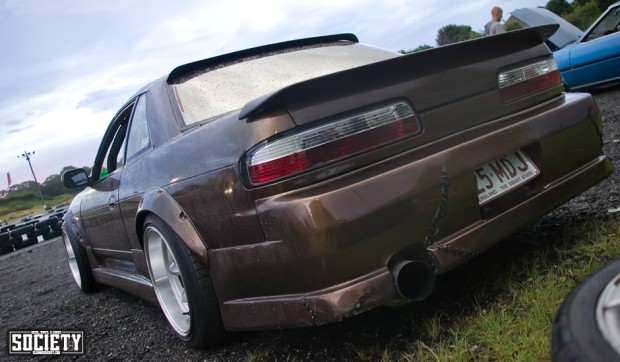 With a list of parts as long as your arm, plenty of time and effort has gone in to creating a styling packing that looks effortlessly stylish, but all business at the same time. 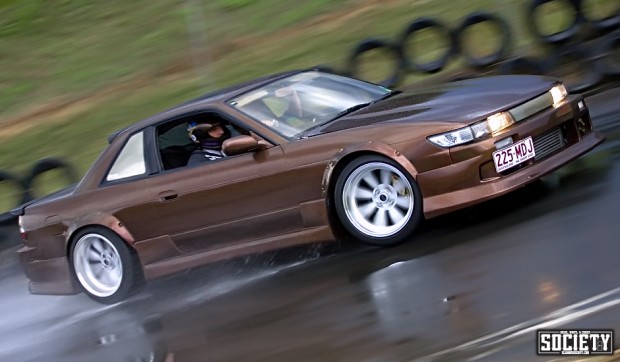 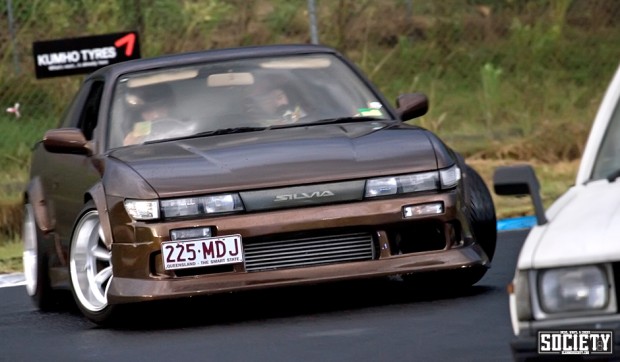 The interior is all about functionality, with a GK Tech steering wheel, drift button handbrake and 6 point roll cage. 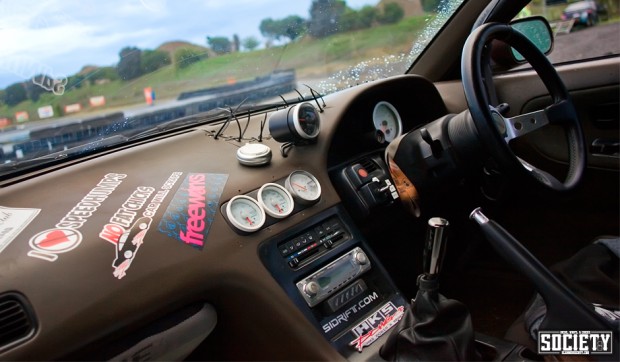 Even though George did a large portion of the work on the car himself, he mentioned that there have been many hands assisting over time. In particular, he wanted to give a big shout out to Zlyah Berbic from Gun Metal Garage who has done a lot of work on the car and always looked after the mechanical side,  making sure that it always gets back to the track. 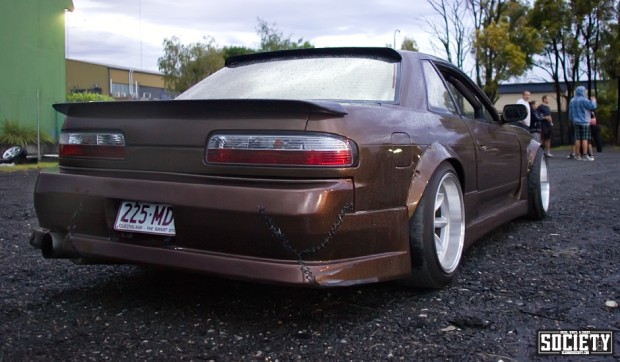 George also wanted to thank the guys Stylish Wheels who put up with him rolling in and out constantly needing fresh tread. Got to love that fitment. 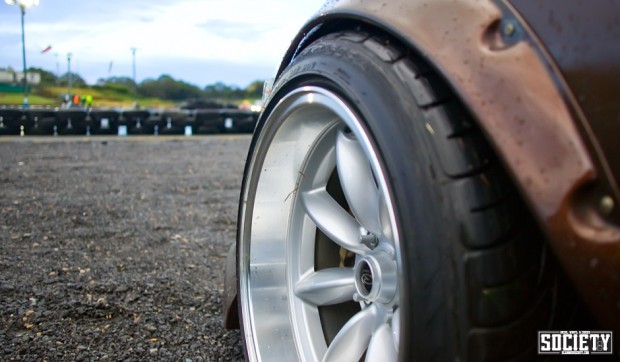 George tells us that the S13 is an ongoing story and as those who have been bitten by the modification bug know – it never ends. With more power being next on the cards, we look forward to seeing the next incarnation.