This weekend I made the journey from Chicago to Rockford Illinois.  My destination: Rockford Speedway, aka the Thunderdome.  The folks over at Perfect Soundz Automotive in Libertyville Illinois rent out the track and hold an open invitation Drift/Autox event with all skill levels welcome.  They did single person runs, 3 lap sessions all day long.  With a few groups of 2-3 cars taking turns chasing each other down. 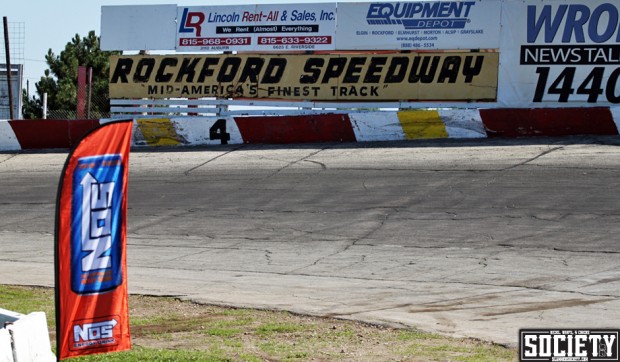 The speedway is an oval track with 2 embankments on the far sides.  The infield has a criss-crossed checkered area.  It vaguely reminded me of Toyota Speedway in Irwindale CA. 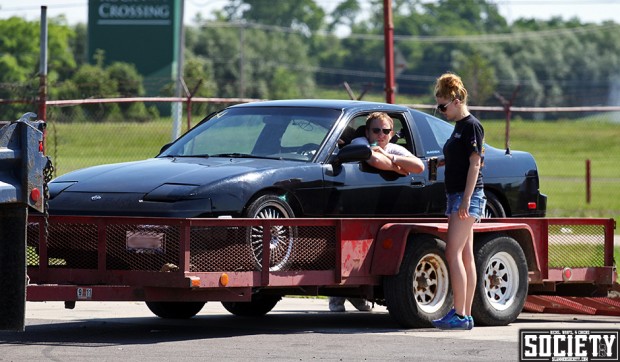 By about 9:00am the pits were full of activity.  Cars continued to arrive, both driven and on trailers throughout the day. 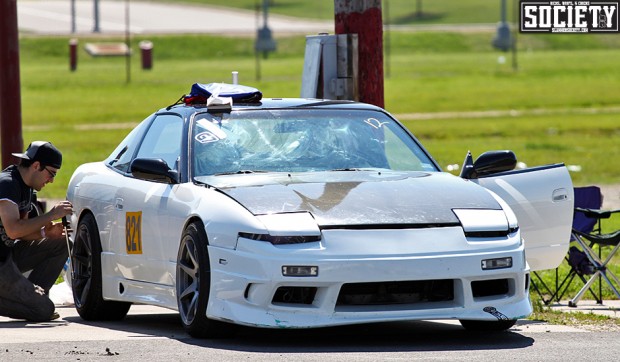 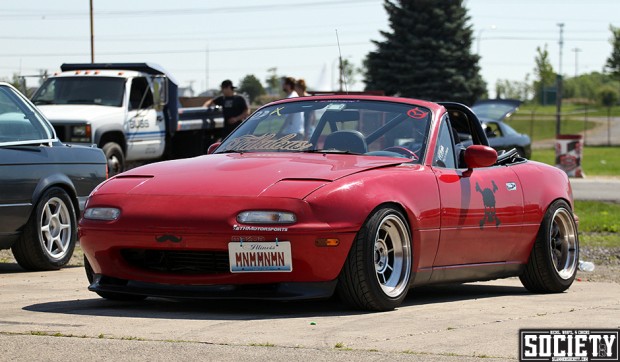 The driver of this Miata was one of the more fun people to watch.  He was rippin around for most of the day. 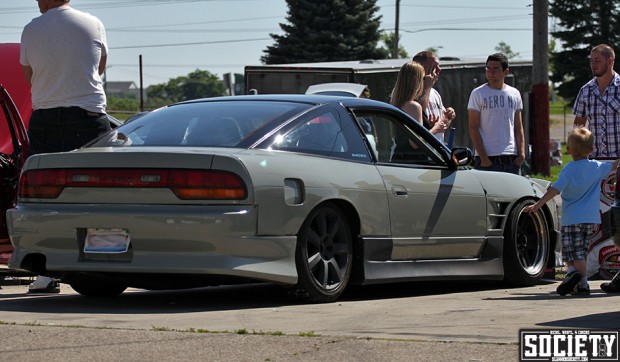 This SR powered 240 was driven by Terry Gearin.  And he drove the piss out of it.  Another one of the more fun guys to see out there. 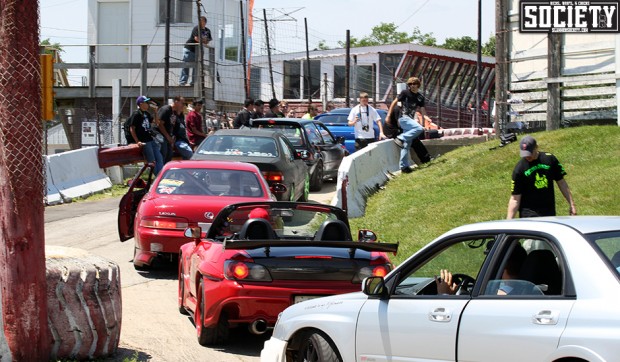 The line waiting to get on the track was always at least 10-12 cars deep, and wrapped well outside the frame of this shot. 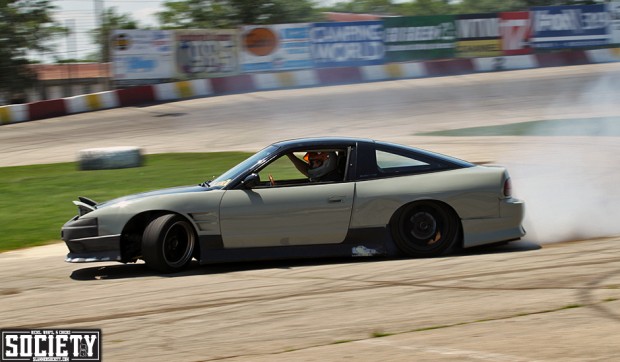 Terry burnin’ up some tires.  Definitely one of the more aggressive showings, and one of few who dared to get sideways in the embankments. 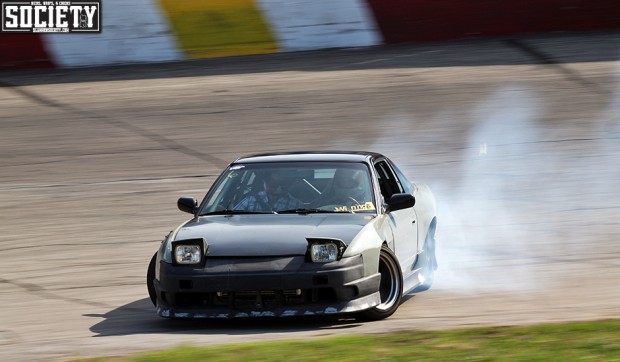 *Found this on my second pass of photos, too good to not post!* 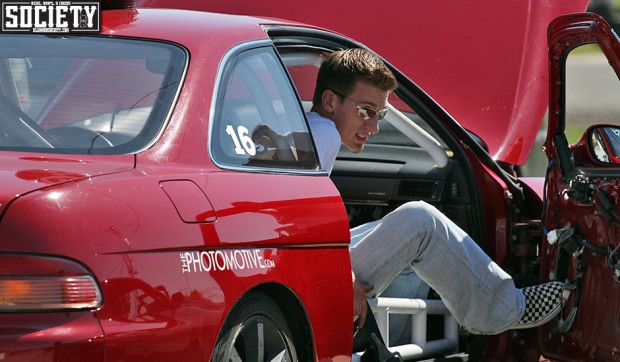 Danny Thompson was out and driving his SC hard as usual.  Note thephotomotive.com decal on his rear quarters, yea buddy! 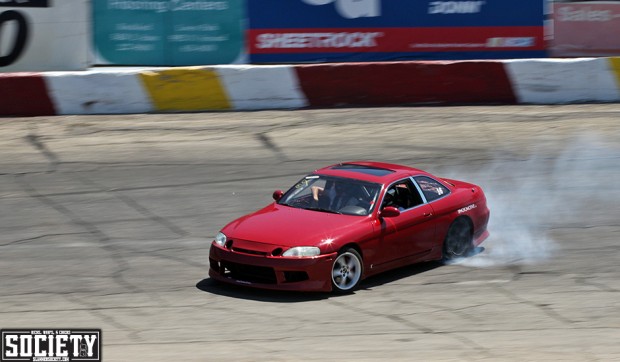 The comments from the crowd were great: “Dude, is that a lexus?!?!” This FC was another ambitious driver, but unfortunately become the only casualty of the walls at Thunderdome today shortly after this photo was snapped.  Took a hit on the driver’s side and the wall did some work on his suspension.  He was out for the rest of the day, but was thankfully able to rent a trailer and had a buddy with a truck tow him home. 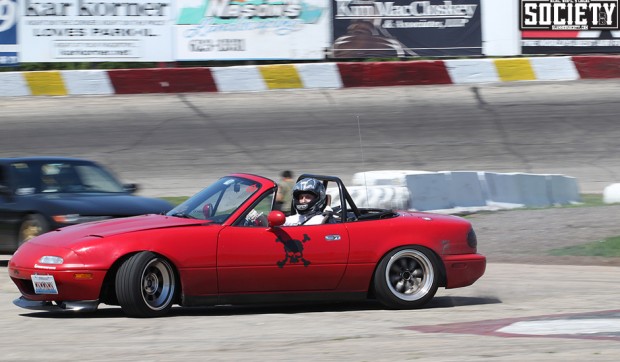 Plenty of off tracks and close calls kept the crowd entertained. 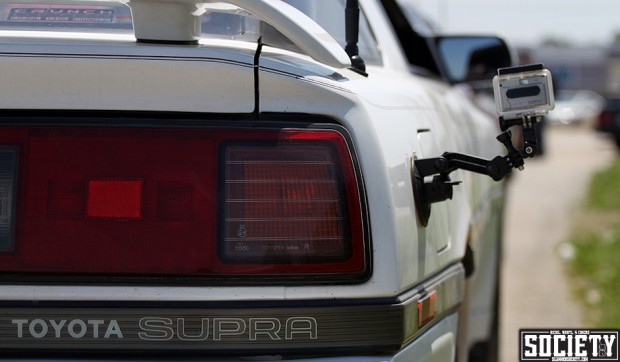 Lots of drivers rocking go-pros!  I need to get me a few of these. 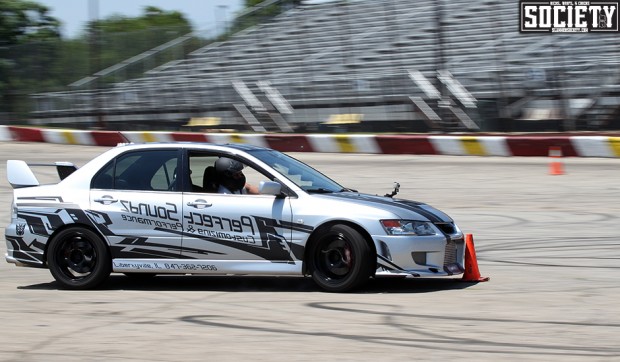 Andy from Perfect Soundz got out there to do some cone chomping in his evo. 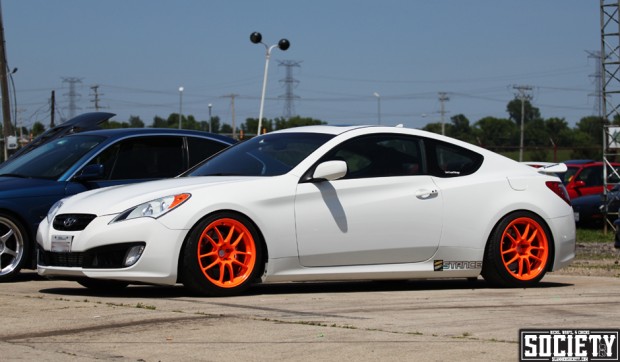 Caught this Genesis coupe parked in the pits.  Had an FMIC on it.  Wheels looked pretty good. 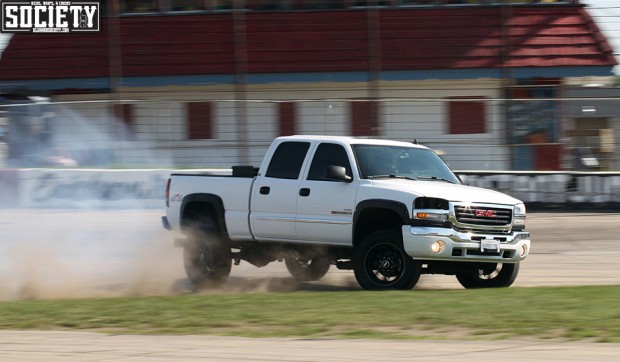 This was just too badass to not post haha.

Word has it there’s going to be another of these events  this coming August.  Contact me and I’ll make sure you hear about it.

Danny Thompson was out and driving his SC hard as usual.  Note thephotomotive.com decal on his rear quarters, yea buddy!

5 thoughts on “Welcome to the Thunderdome”