Here’s some photo’s of stuff around the office as well as an update on the Datsun 520 (Scroll Down for 520 update). Most of the stuff are wheels from the cars around the office but here’s a photos of the Futura Design Brakes that will be going into the Nissan Quest / ElGrand project that I’ve been working on the past year. 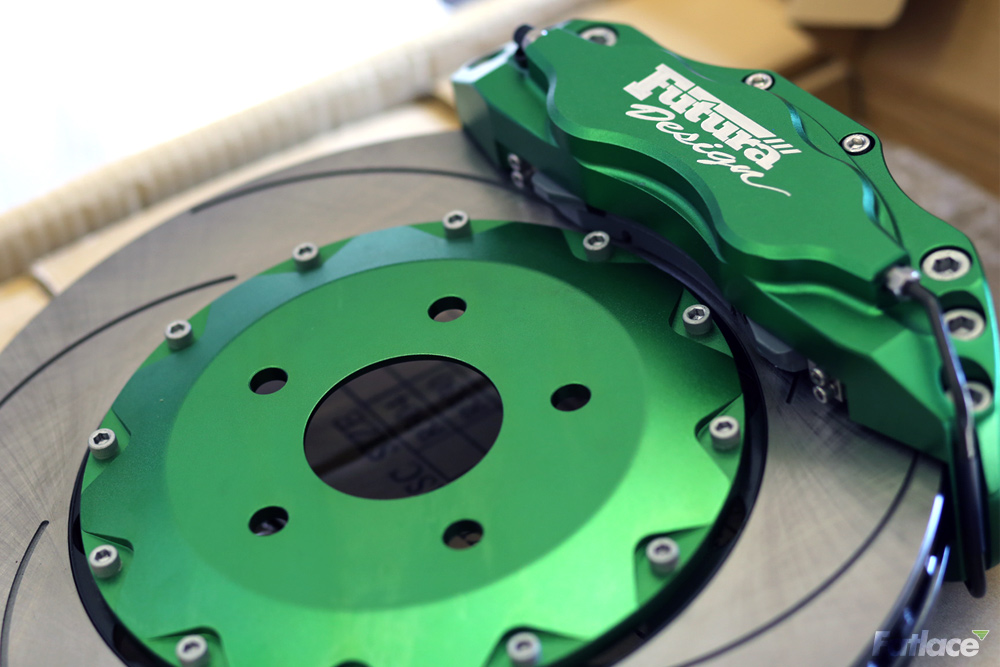 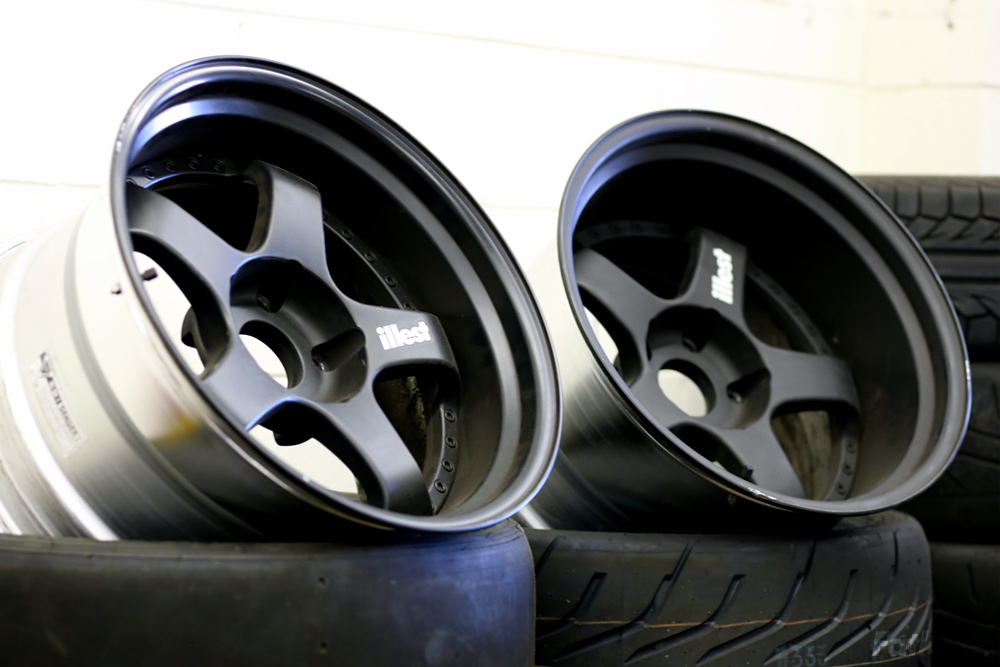 These SSR Professor Sp-1 3 Piece wheels off of Pandora and now going on the next 993 RWB Project which should be completed the 2nd week of November. 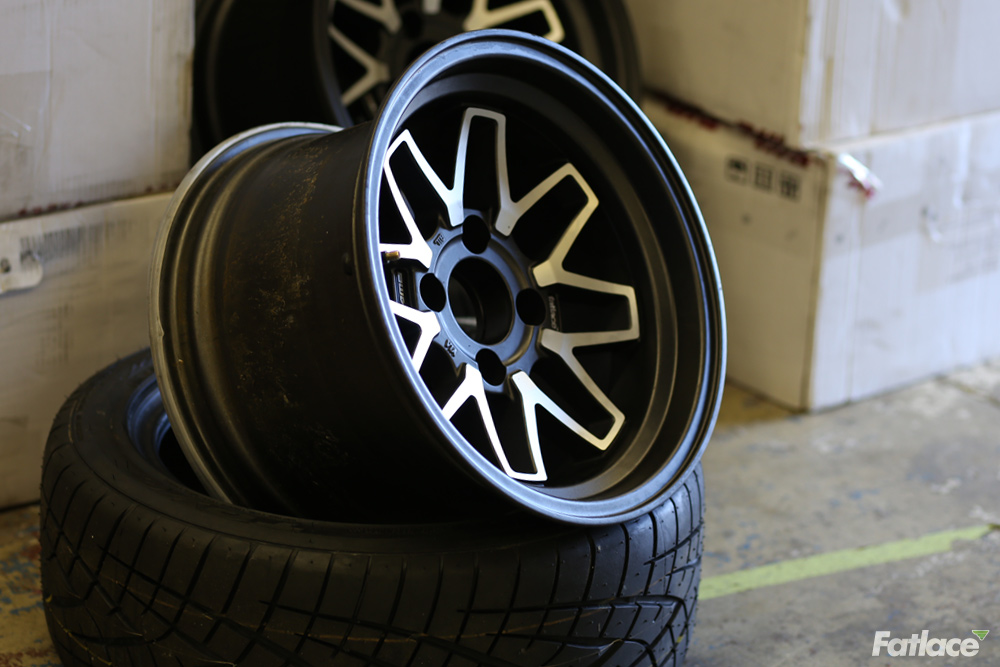 Here’s a good shot of the F/Zer02 by AME Wheels & Fatlace. These particular wheels are going on the Datsun 520 Project (Scroll down below) 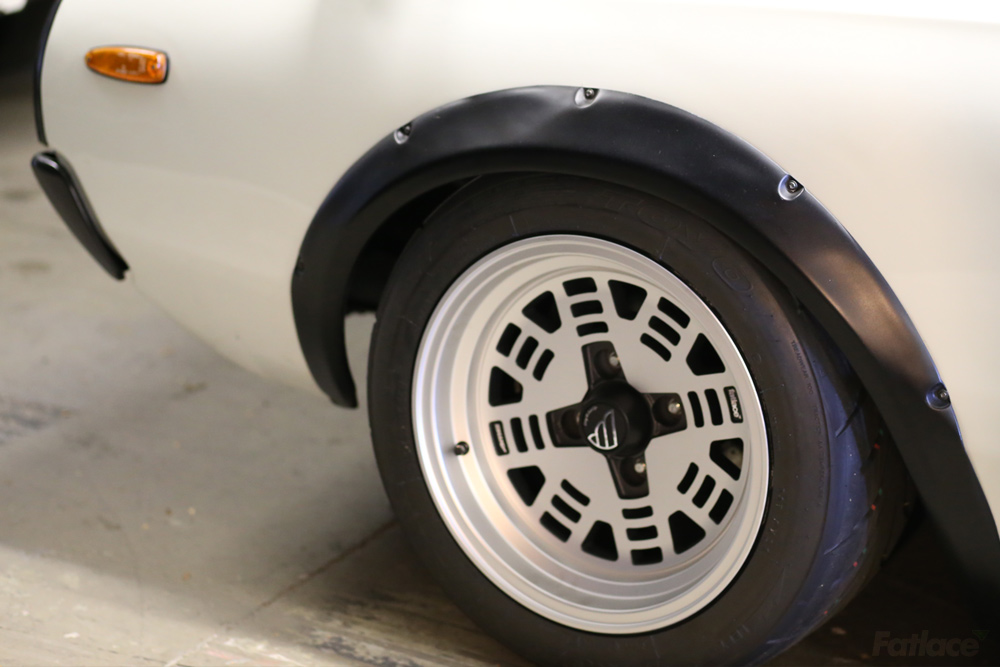 The Fatlace Kenmeri sporting the F/Zero1 wheels by Fatlace X AME Wheels. Pre-order them if you want to be the first ones with a set. 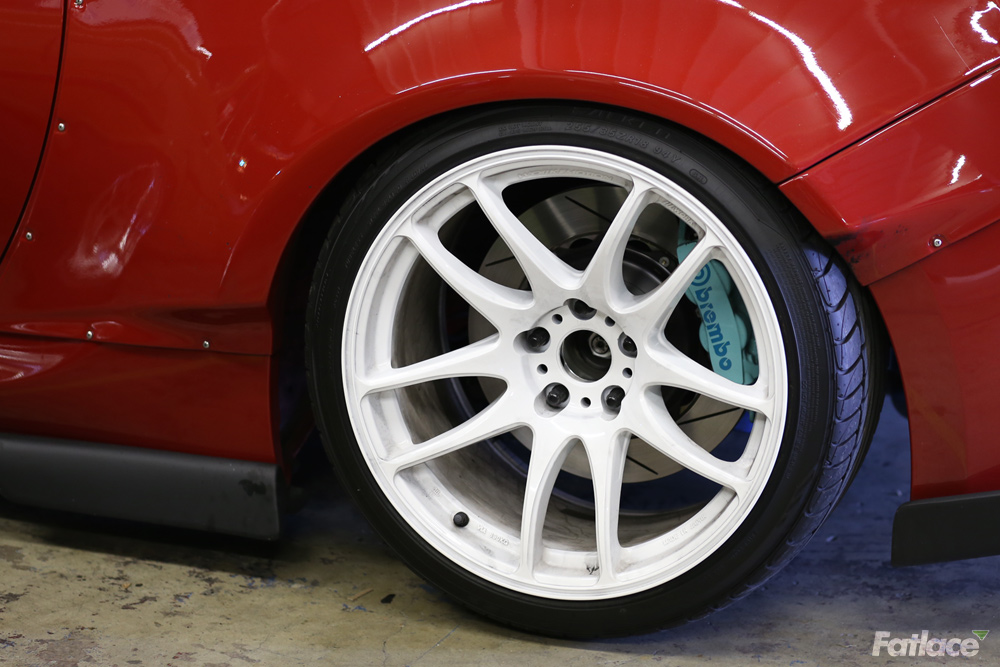 The Fatlace Rocket Bunny FRS with Work Emotion CR KAI and Brembo’s peaking from the inside. 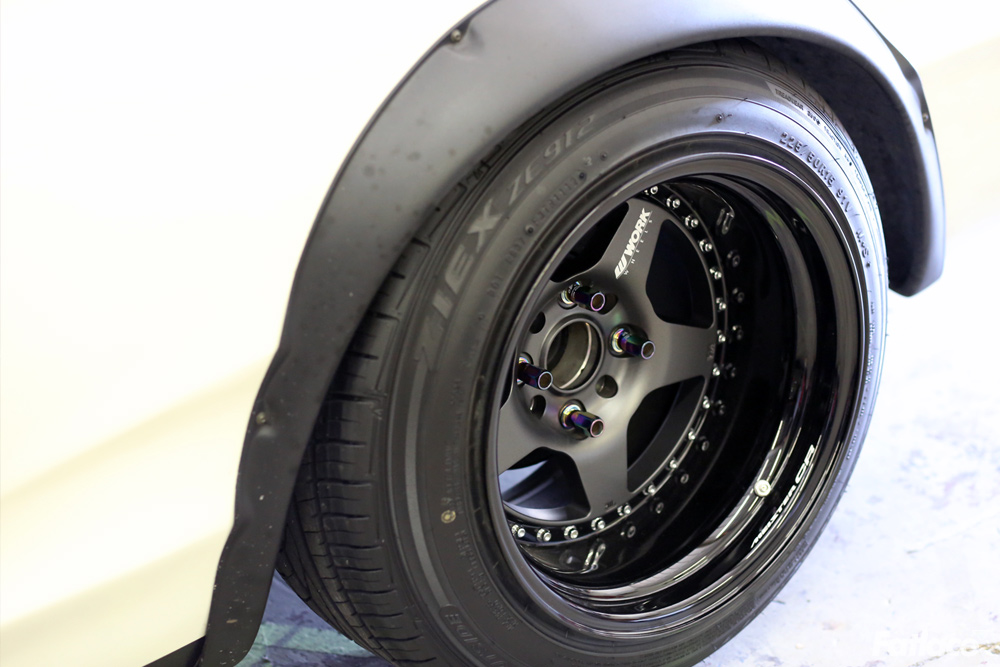 Work CR01 Wheels. Not the fake shit out there. 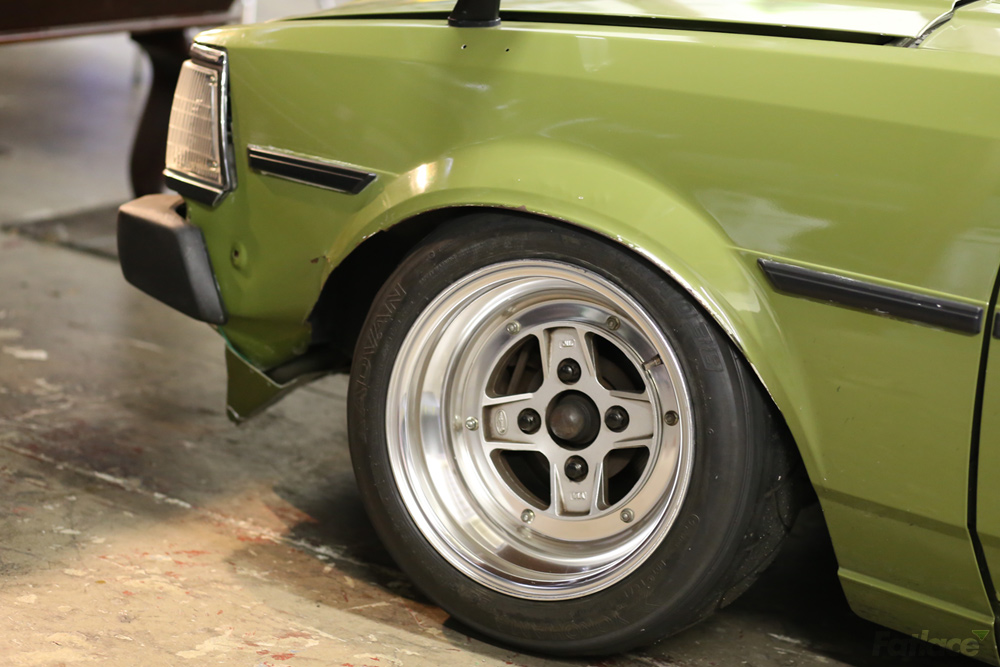 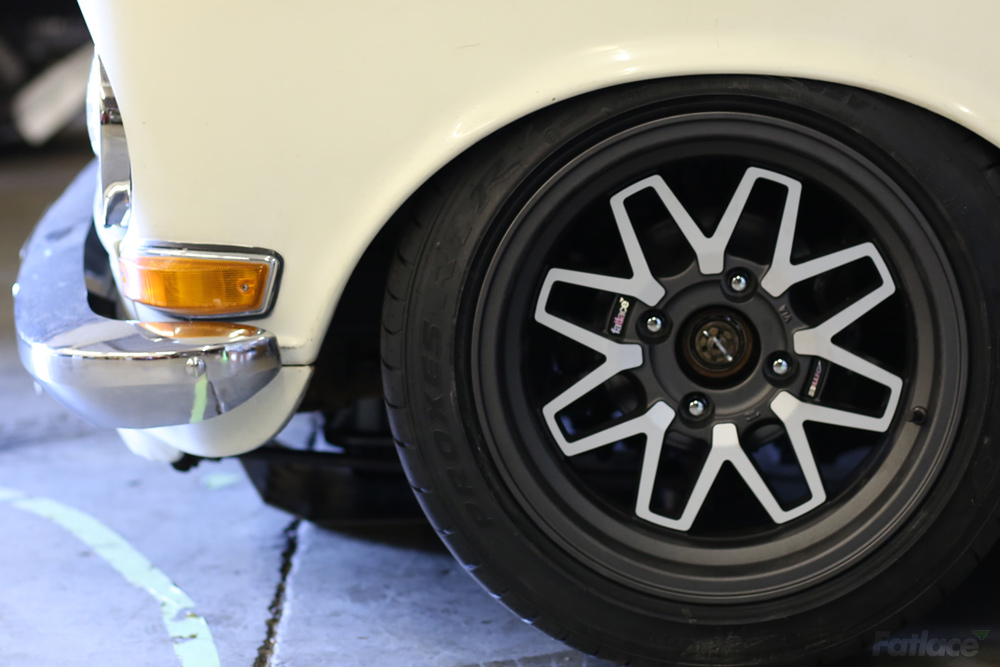 Finally the F/Zero2 wheels on the Datsun 520.

And while we’re on topic, I thought I’d update you with this never ending Datsun 520 project. What started out as a simple job turned into a nightmare prolonged project. Trying to figure out how it added up to cost while nothing visually was dont to it wasn’t worth it so I decided to close that chapter and open up a new one. In comes Josh from Shifty Fifty in Santa Rosa. He took a look at the truck and saw what was done to it. Being the perfectionist, he completely redid almost everything that was previously done being that most of the work wasn’t 100% done right. 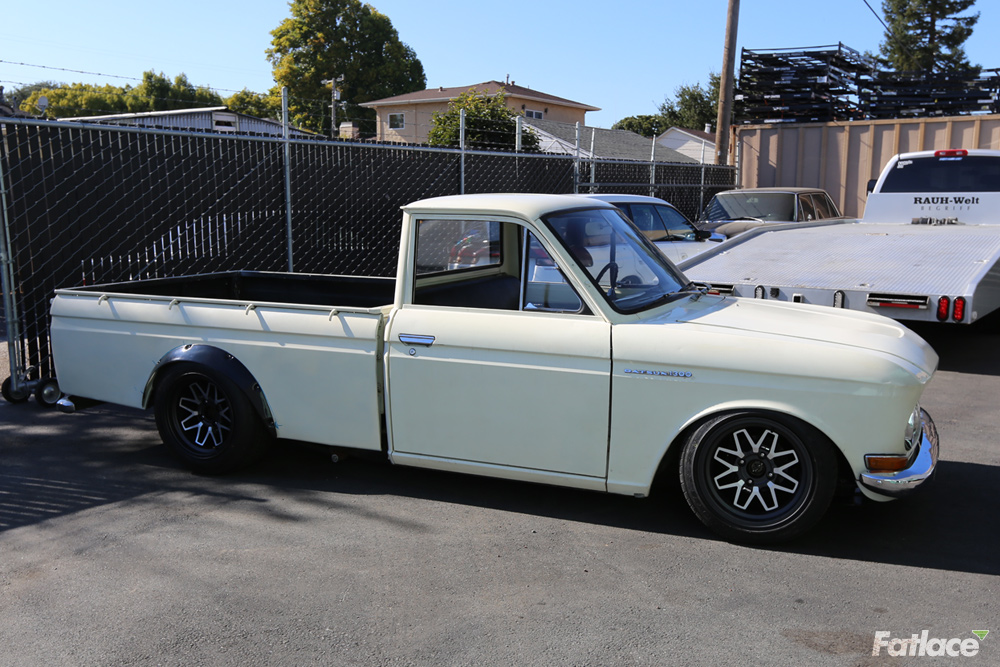 Shown here with the F/Zero2 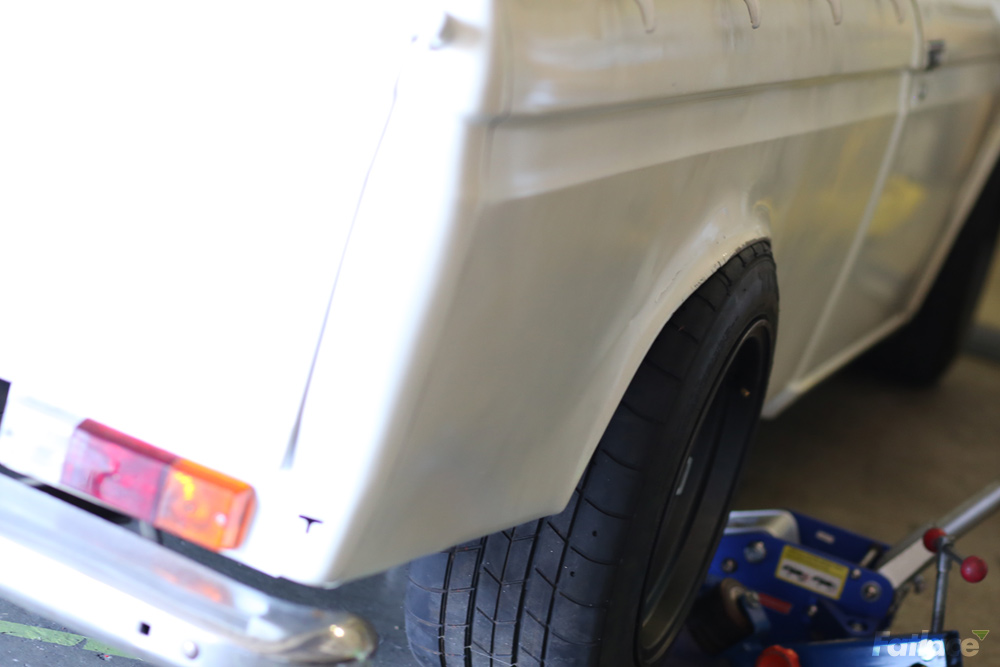 Here’s me trying to pull the fenders to work with the extra wide tires. Obviously it wouldnt work being that the truck doesnt have independant rear suspension. It would have if the shop moved the 510 rear end over to this truck but that didnt happen so I decided to go with over fenders. Possibly IRS later.. 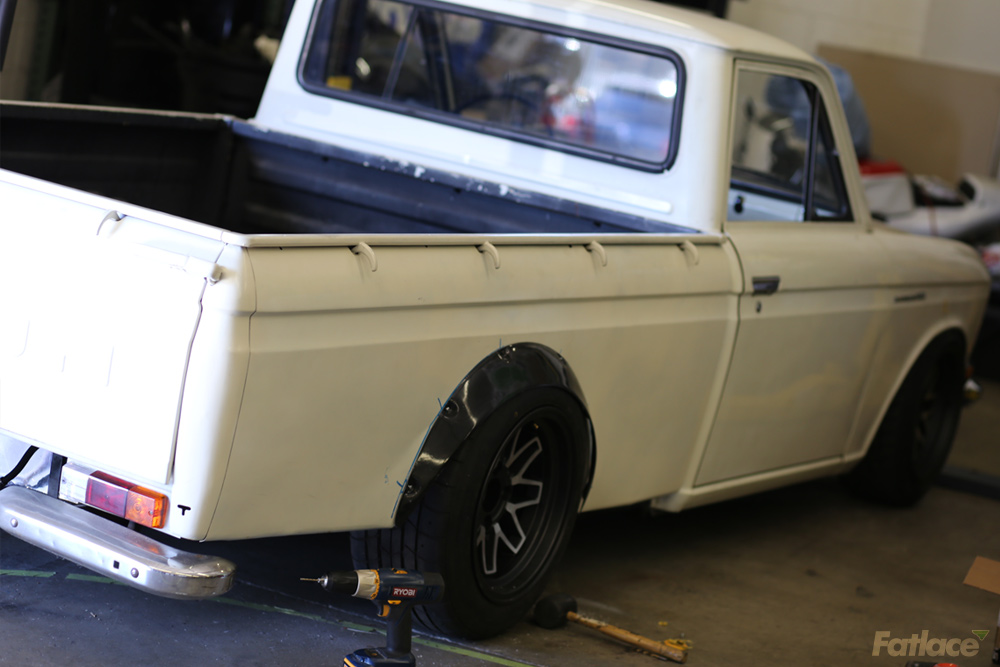 I eventually gave up and put rear over fenders. Reminiscent of the Hakosuka GTR’s, the 520 sports only rear fenders and not front ones. 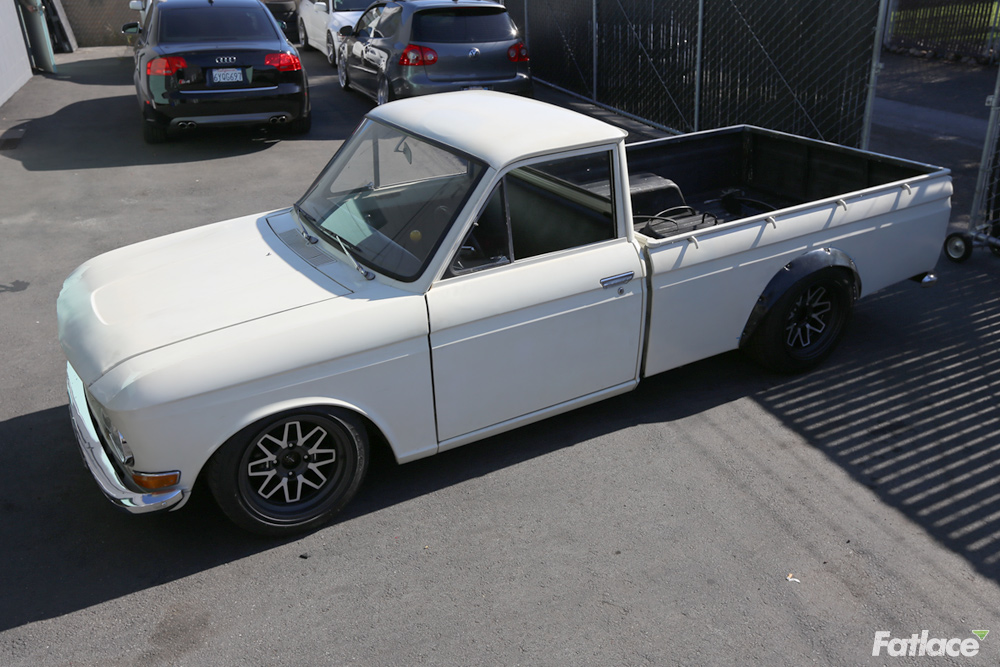 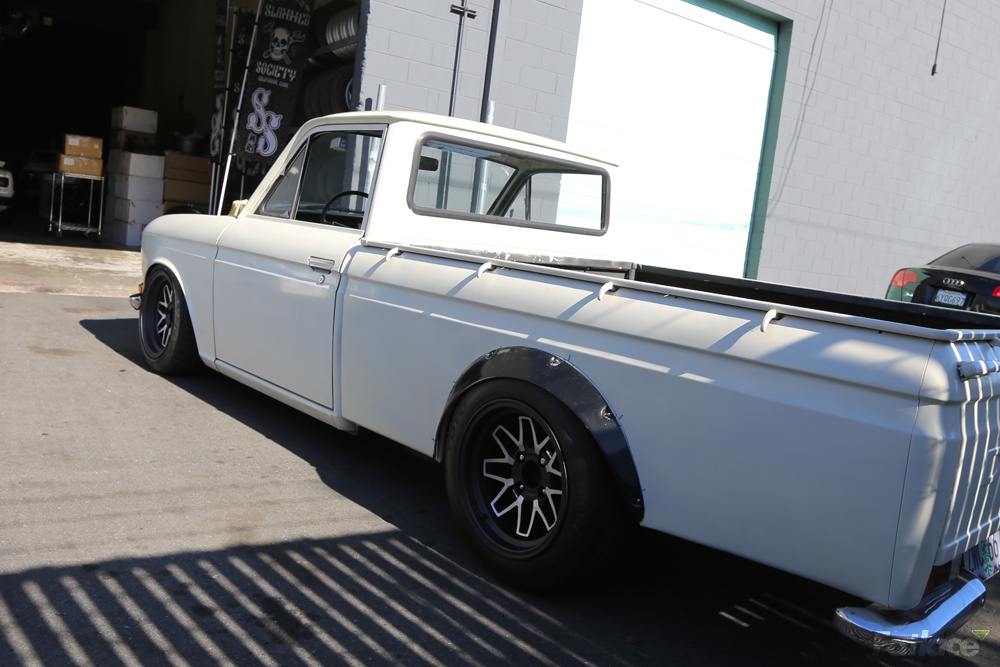 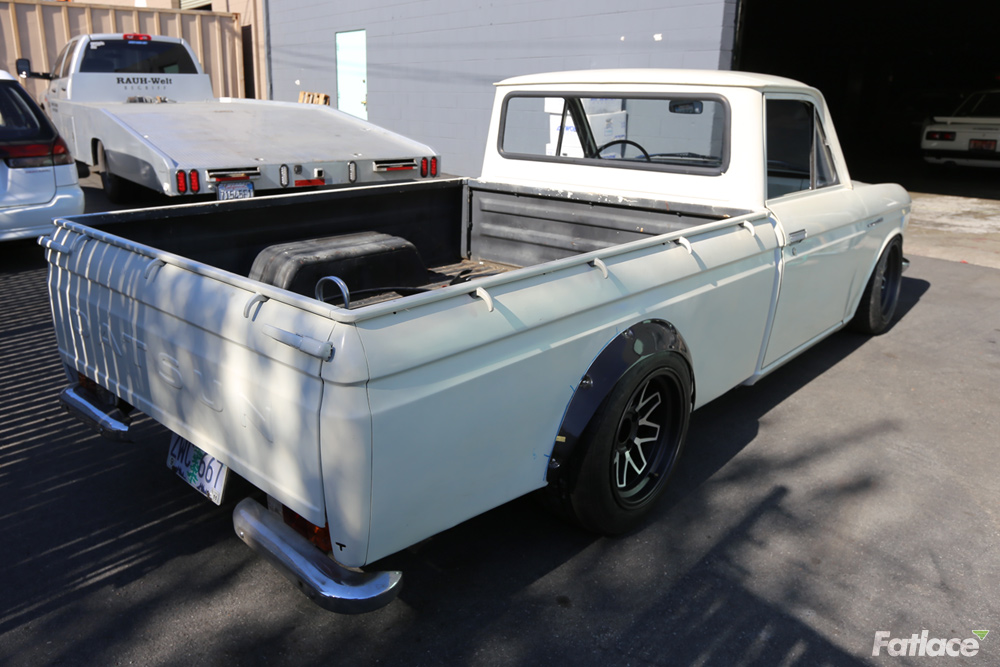 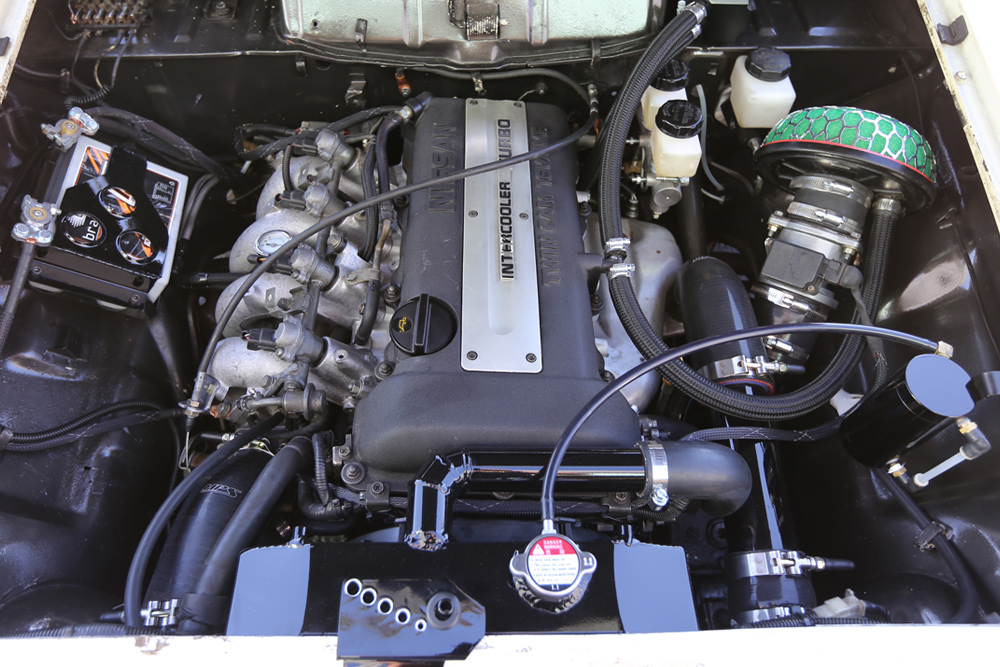 Take a look at this engine. So clean, lots of details. 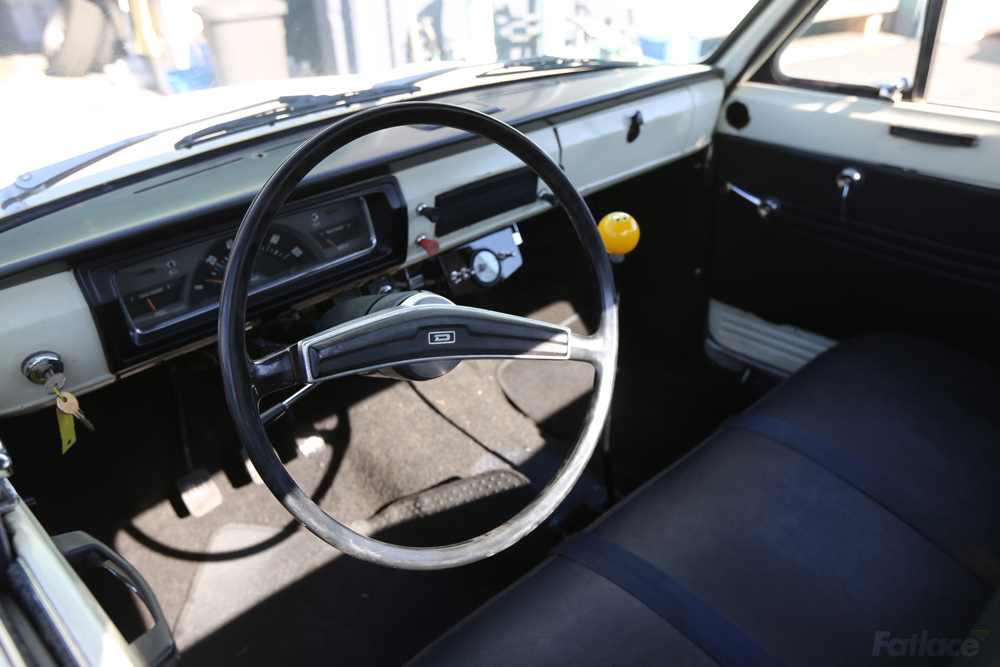 And the stock interior… Til next time.