Where was I 3 years ago.. hmm. let me look back at one of my computers and pull up a photo. 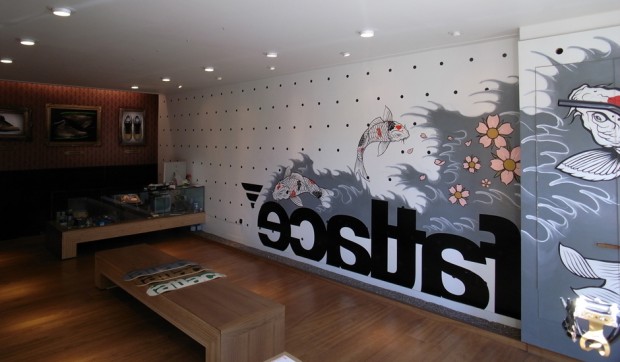 Ok, from this photo I can tell that the Coraline dunks were released as we were one of 2 stores chosen to feature the shoes. It was an awesome shoe the kids from WK12 put together. Rob Heppler was one of them and had pretty much full reign on the shoe itself. I was still at Nike doing my thing. Skylar was just born. I started getting an idea that what if I did fatlace full time, what would happen.

Looking back and thinking what’s happend in the last 3 years is amazing. Glad that everyone is around experiencing it with us. Honored.