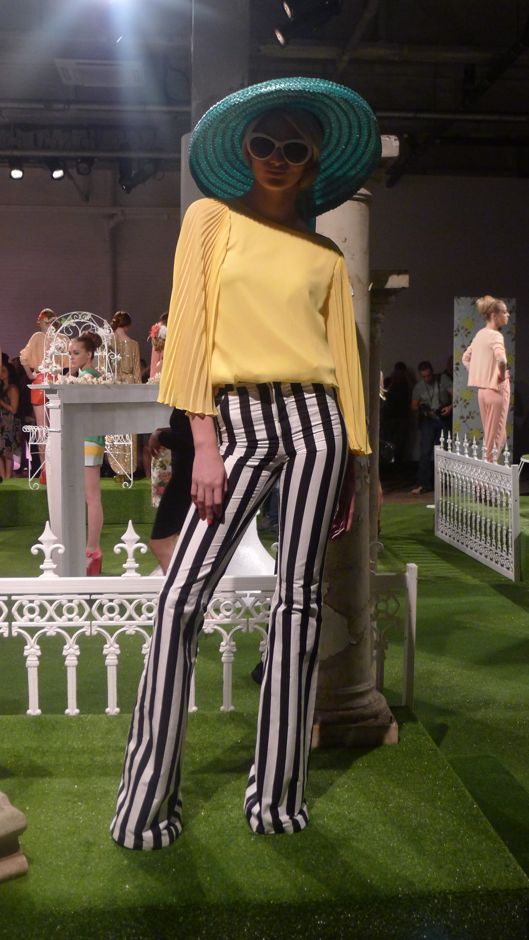 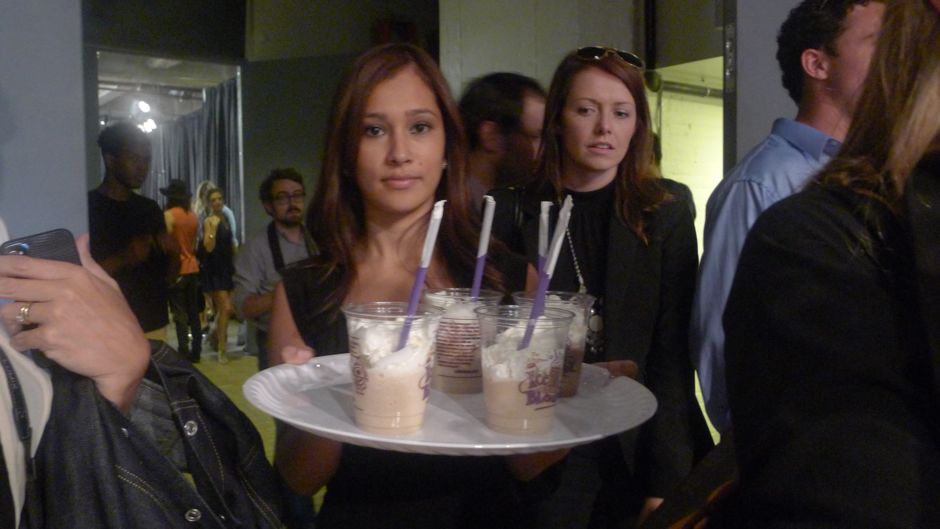 Who are  Alice and Olivia?  Two girlfriends throwing ME a fabulous party to celebrate the anniversary of MY original invention – “the ice blended”?  NO – but  true story.  This million dollar concoction was my first invention and second claim to fame. ME and two other co workers (Lars and Wayne) made this magic-blend one stoney morning at the Beverly Hills Coffee Bean. 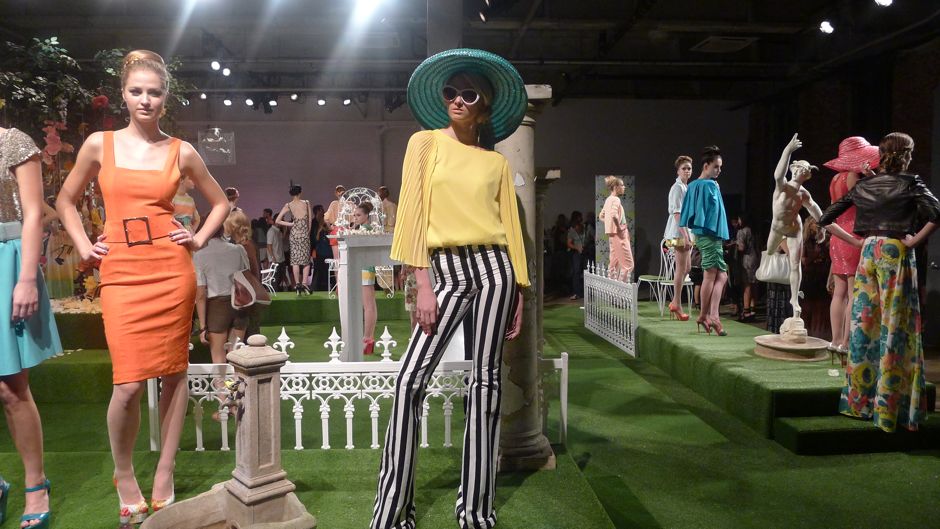 This isn’t them either.  Actually Alice and Oliva are one person – Stacey Bendet.  The name kind of fools you into thinking it’s actually two young girls who began working out of their garage. Nope!  Just Stacey, who is married to Michael Eisner’s son. 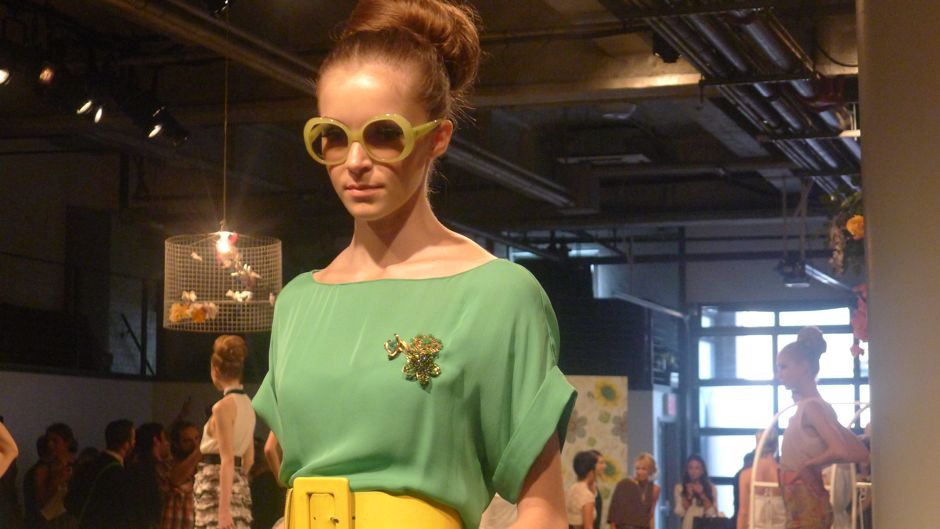 Stacey decided to use a live model installation at the Highline stages in the Meatpacking District.  Maybe she did this to distract you from the clothes. 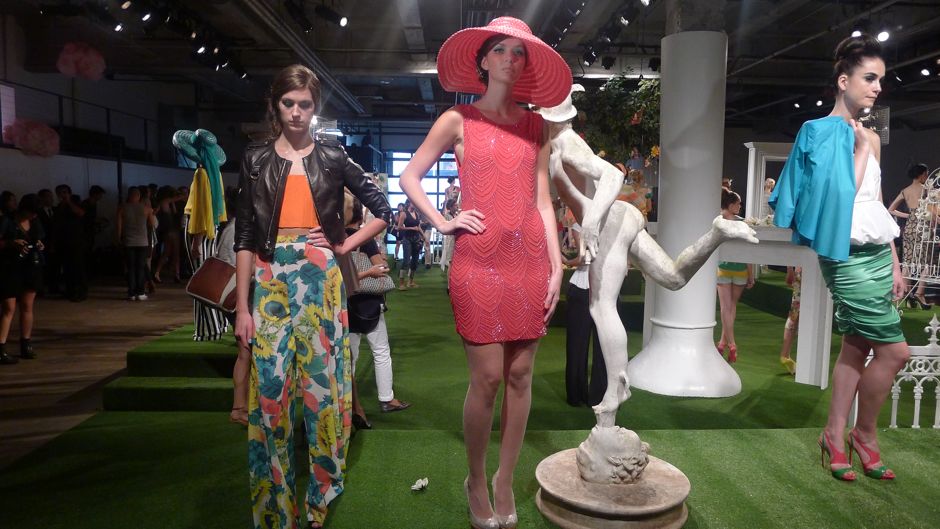 I have seen lots of fashion installations, but this year “live” models was the new-er thing to do.  When it’s not mannequins – It’s harder to get a photo with all three of them looking good simultaneously. 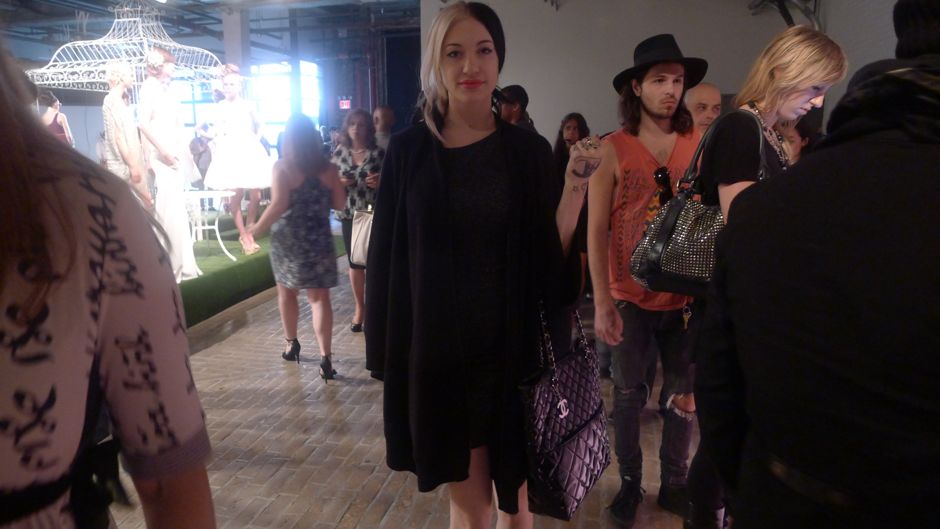 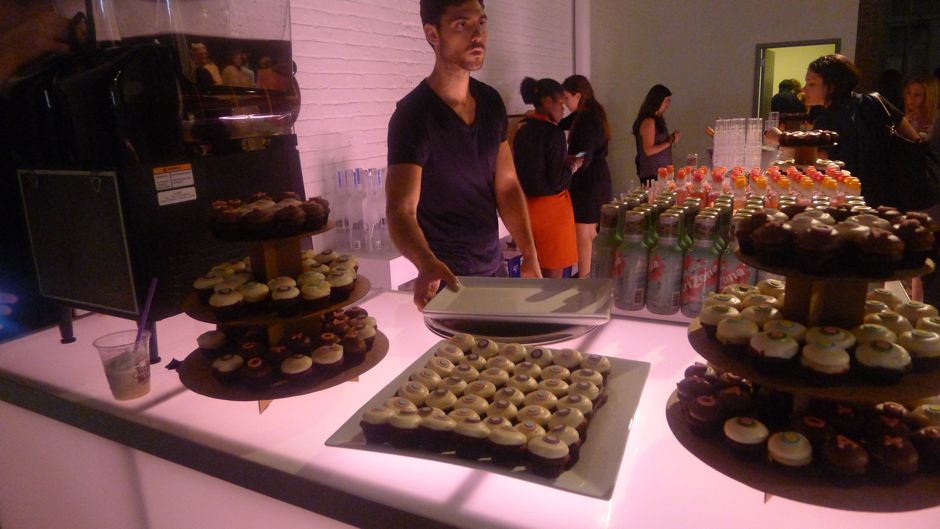 The nice things about installations, unlike shows, there are lots of treats. 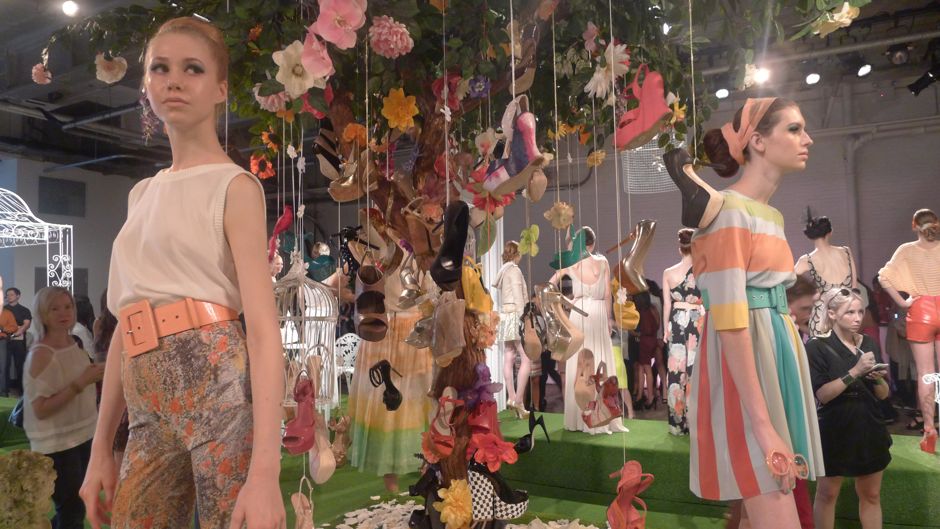 I guess Alice and Olivia sells shoes too or this was CD’s way of saying “we are creative”. 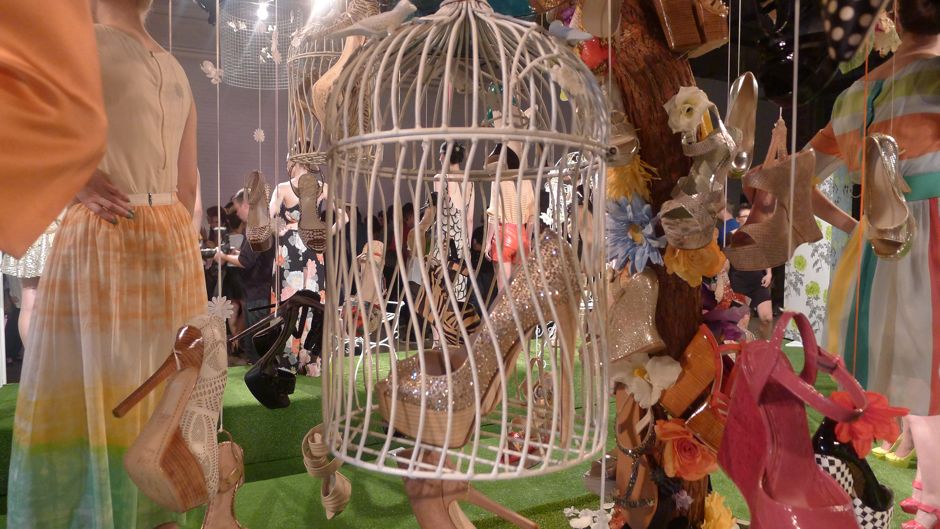 Showcase the collections hot item in the birdcage.  Why not? They are too high for any of the models to stand in them for the next 3 hours. 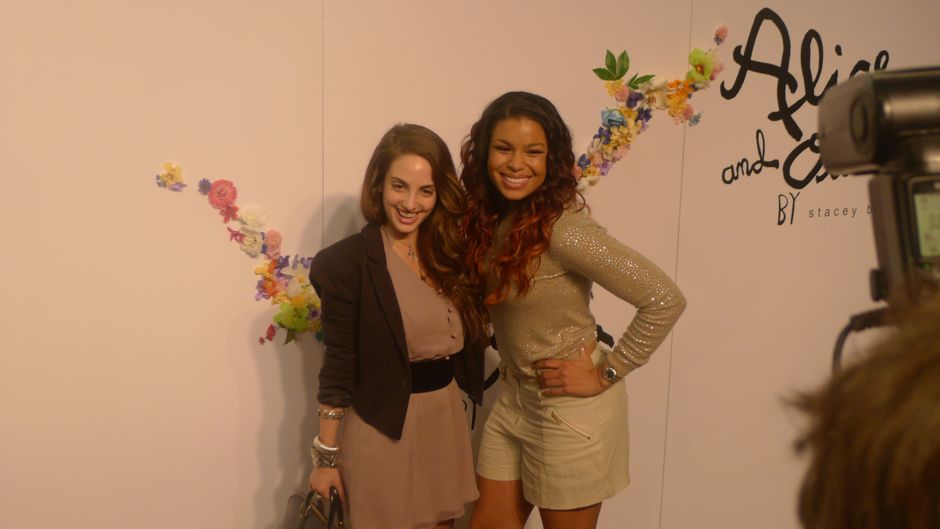 Alexa Joel – you know – as in Billy Joel’s daughter… now you see the resemblance.   And Jordan Sparks.  I love the hair Jordan. 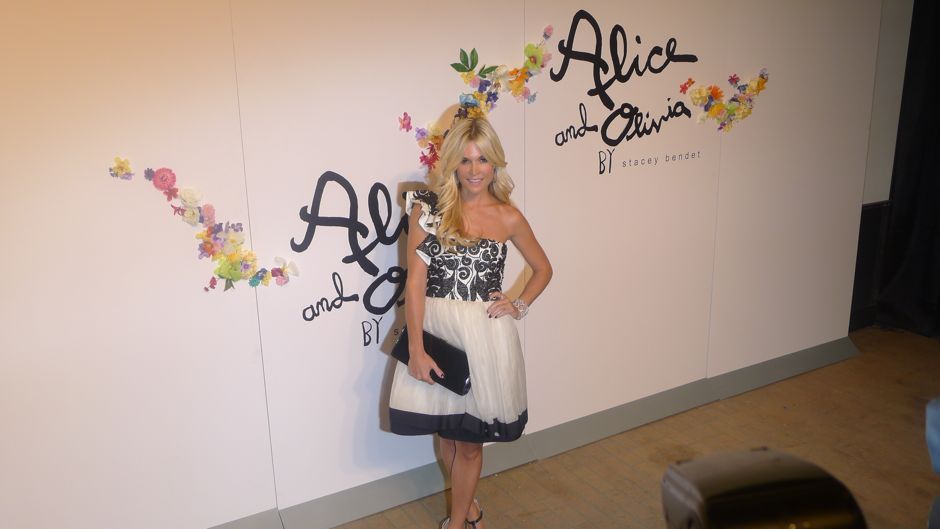 If you like Gossip Girl then you will love these pics.  I’ve never seen it so I don’t know who any of these people are! 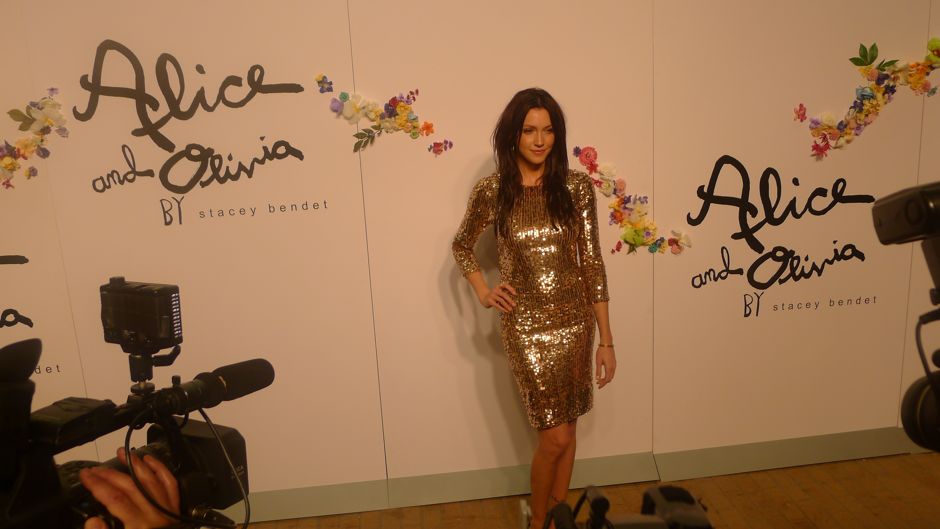 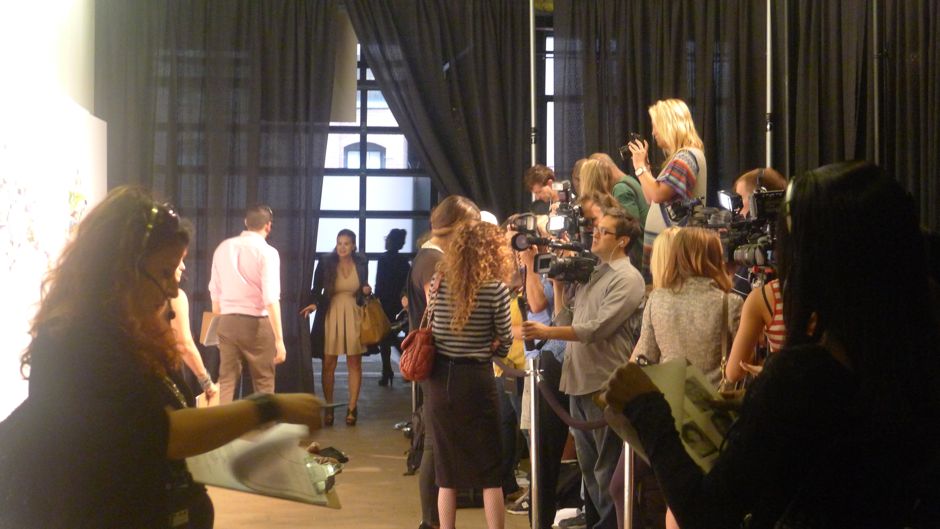 This is what the press line looks like incase you’ve never seen it before. 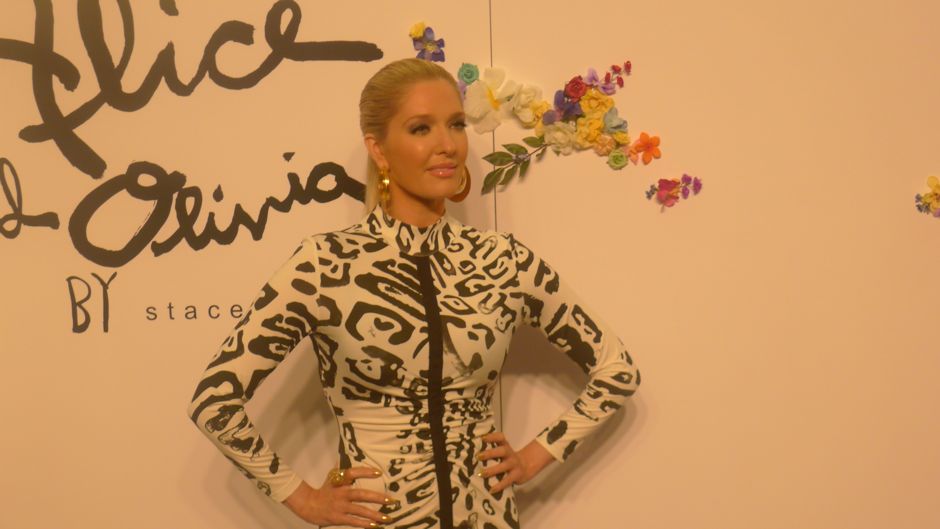 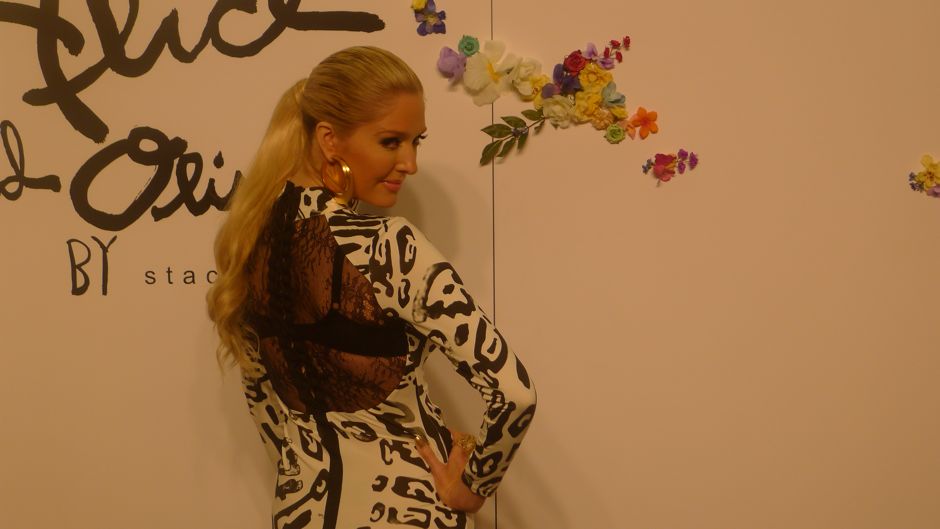 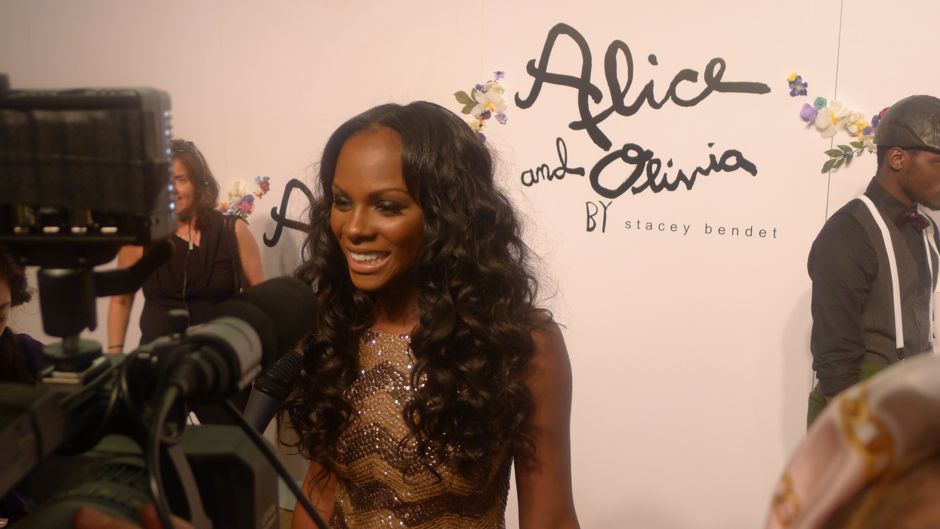 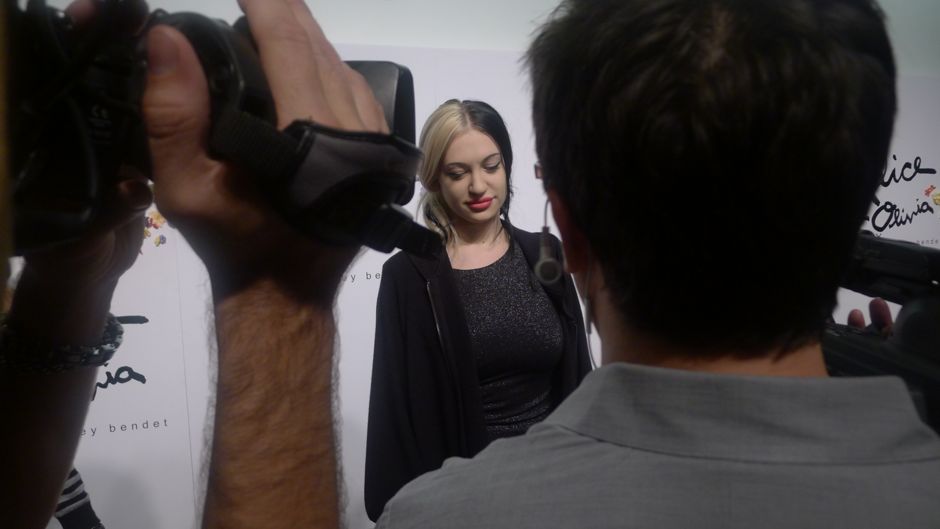 Cruella?  Or maybe you recognize her because Rob stole my picture and put it on his blog first? 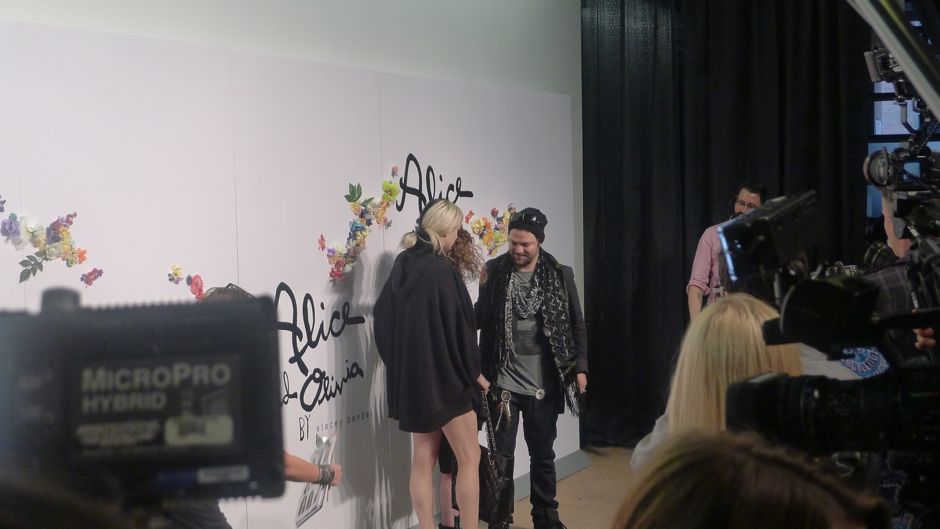 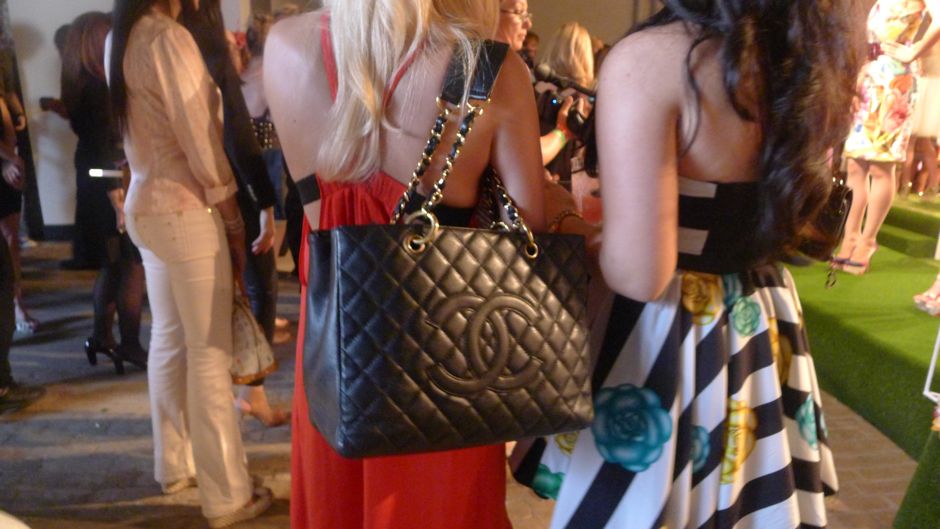 If you don’t have one of these in NYC – don’t bother going out.

1 thought on “Who are Alice and Oliva?”