My bro OJ and the X-Ray Eyballs toured the West Coast recently. He lives in Crooklyn, so it’s rare for me to see the guy. They headlined at Hemlock Tavern and definitely tore it up!

Here’s their drummer Allison and OJ. 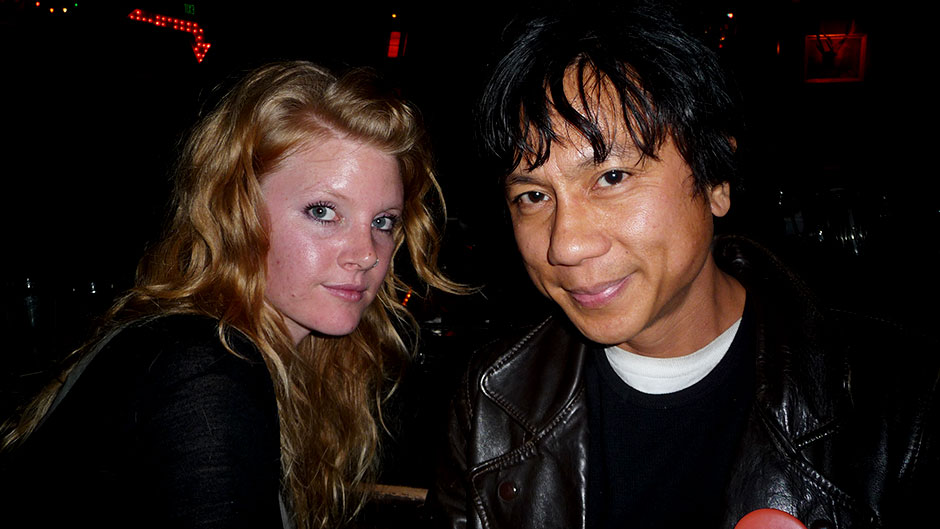 Jerry, OJ, me and Rod. Jerry can seriously shred on the guitar. Kirk Hammet solos are cake for him. OJ is a DJ/Rockstar, and Rod is nuts. He doesn’t drive so he takes Bart and bus everywhere. Waits till Bart opens in the morning after he hits parties. Knows all the 24 hour spots to kill time at. 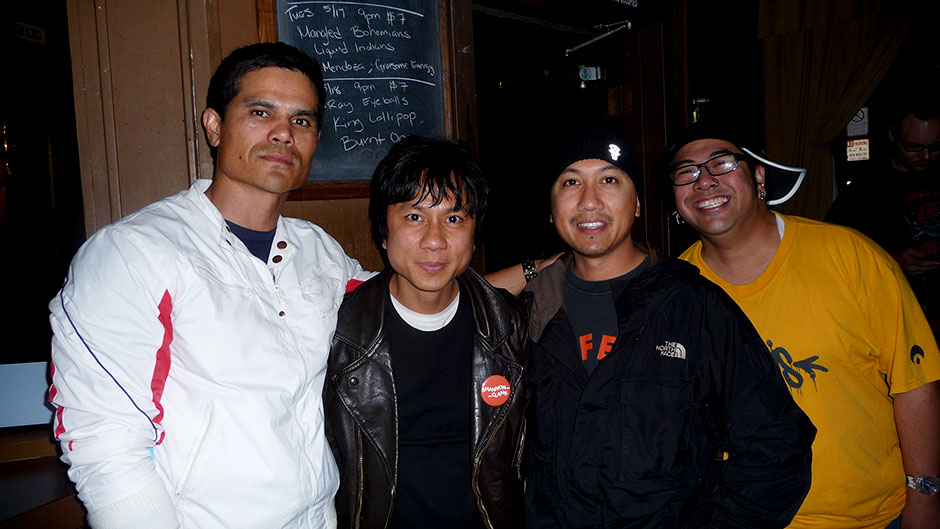 Jerry and wifey Rhoda. I grew up with them, good times! 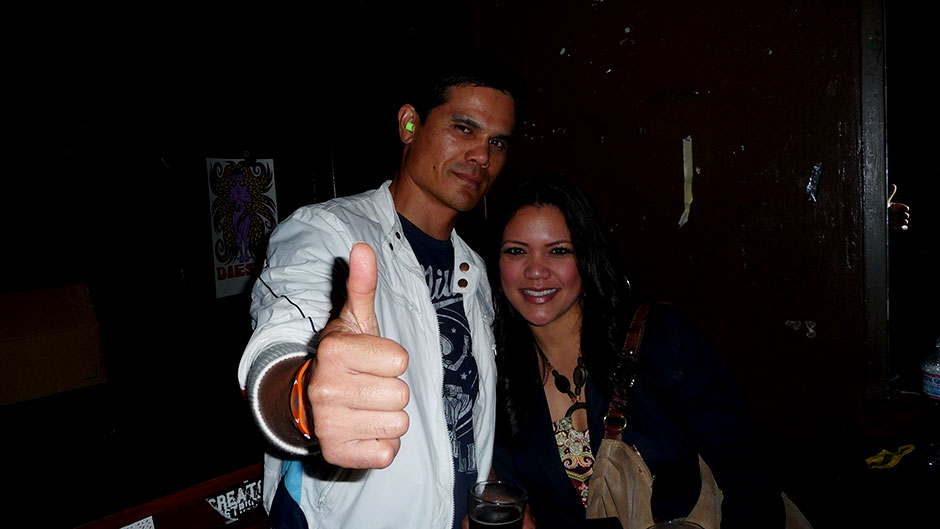 Carly and OJ. Carly used to be lead vocals in their previous bands Mob Stereo and Golden Triangle. She switched it up to bass. Now OJ plays lead guitar and sings. Surprised me! I didn’t know he could sing, haha. 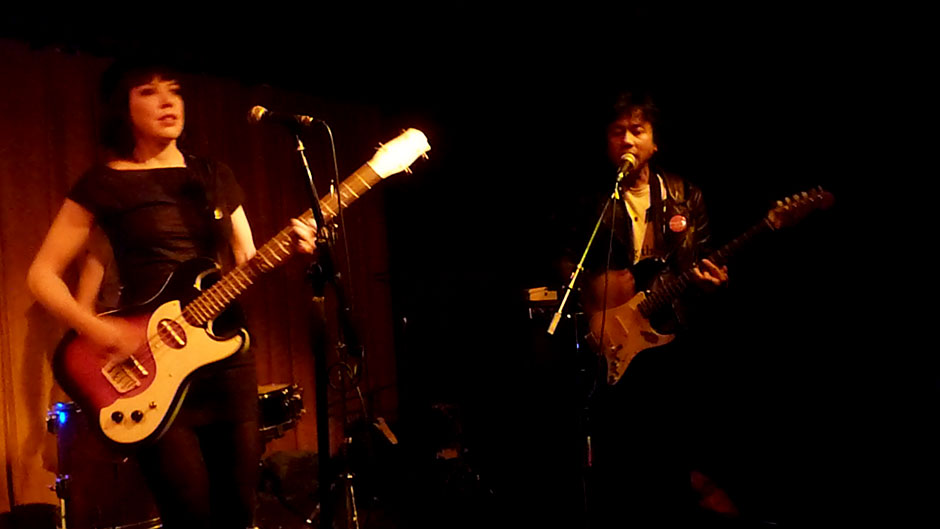 Ropestyle on keys and Carly. 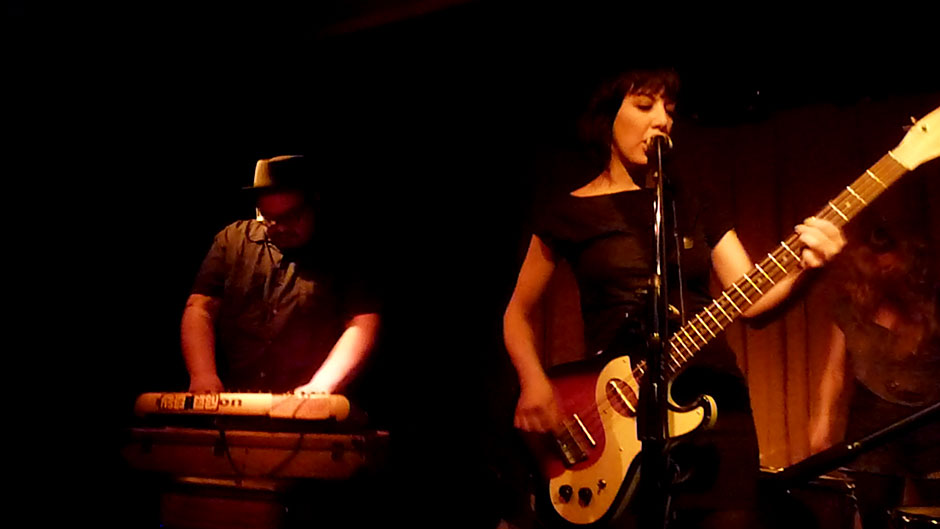 Have you seen the “Story of 3 Series” BMW commercial? Well it’s Carly singing and OJ shredding. As you can see in the pic, their drummer didn’t have a kick drum that day, but they still rocked it. 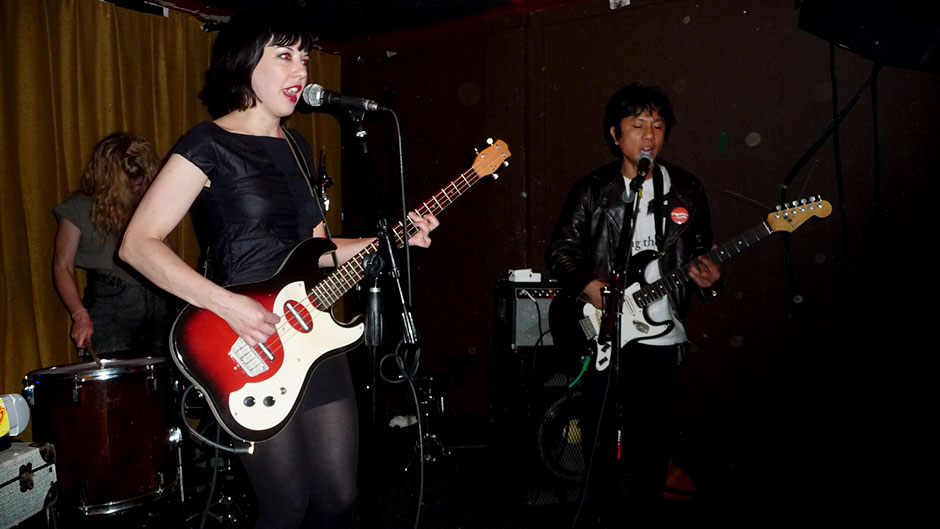 on to the video clip