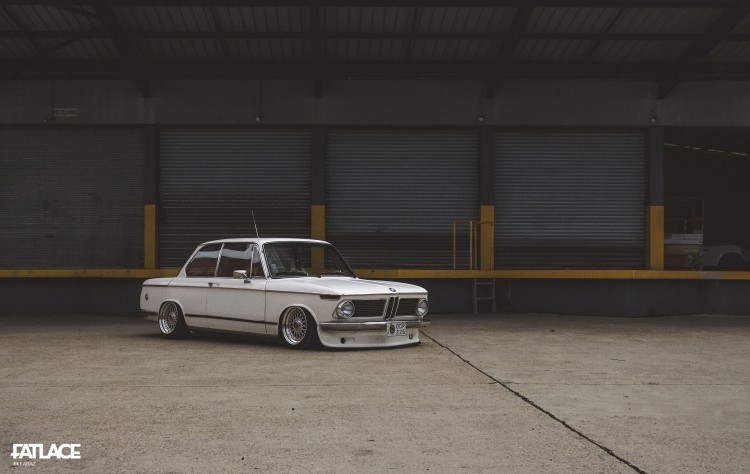 Facebook is the last place I would have thought to have stumbled upon this car. I had no idea how I came across it, but as soon I saw this 2002 I knew it had to be featured on the blog. I immediately messaged the owner Nick, and to my surprise he was located in Australia. Thanks to something called the internet, we were able to set up the feature with no problems at all. Props to Nick and the photographer Faraz for the blazing fast turnaround! 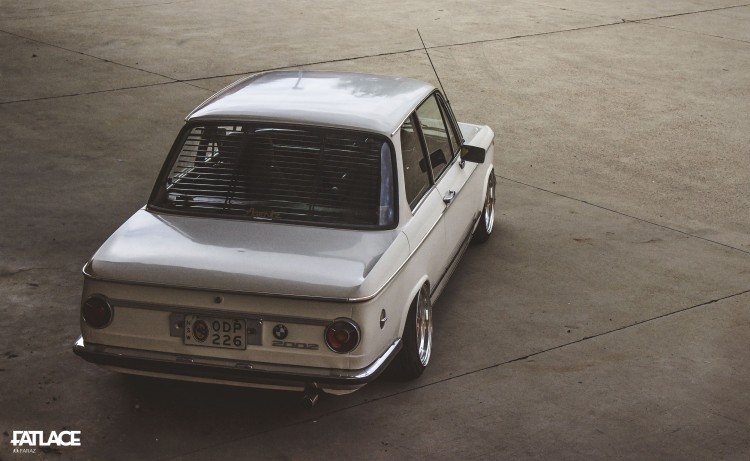 Nick has had a colorful history of cars including Honda’s, Audi’s, VW’s, an E90, and a three E30’s, but there was a special place in his heart carved out for the lovable BMW 2002. Here in the U.S. finding a clean chassis is very difficult or very expensive, in Australia finding a 2002 is nearly impossible. 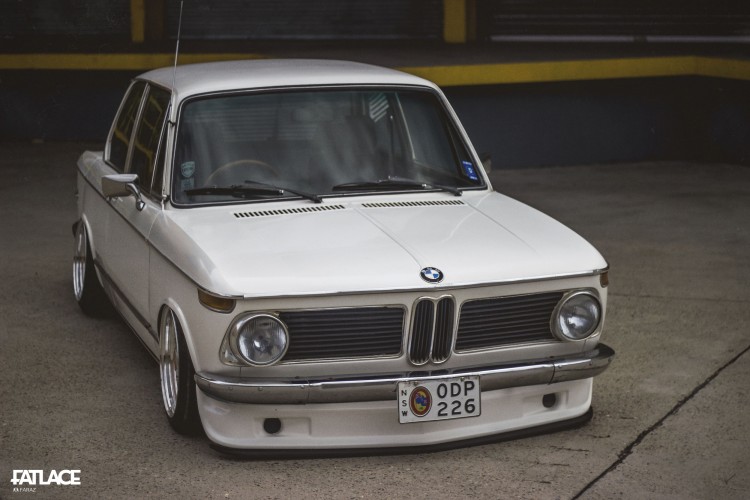 Have you ever had that one car in the neighborhood you lusted over every time you drove by? Hoping one day the owner who didn’t know what they had would sell it to you? Well, right down the street from Nick’s place was a little old lady who happened to own a clean 2002 and his dad suggested that he leave a note to see what happens. 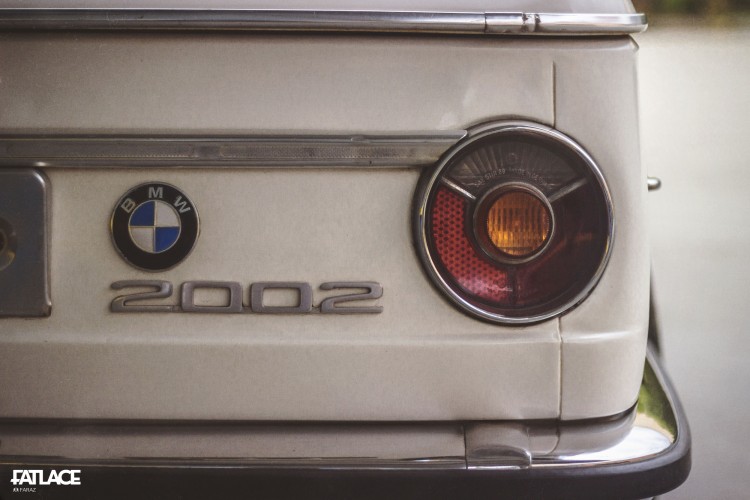 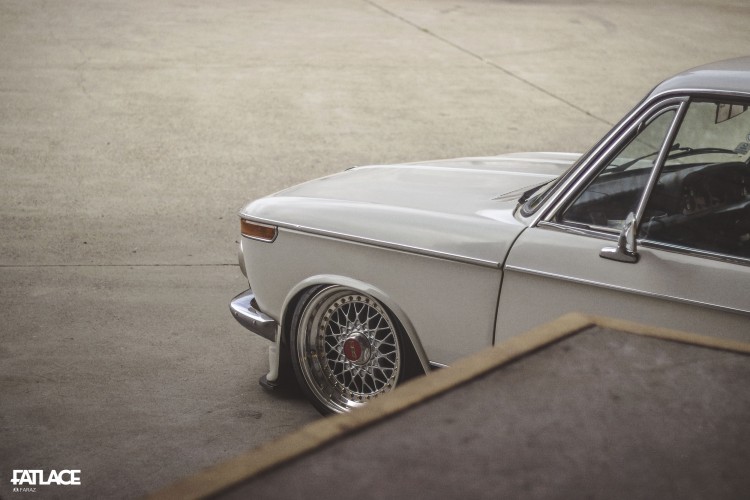 The note never made it to the little old lady down the street, however thanks to the internet again Nick miraculously found the right car for the right price. Phone calls were made and like a studious university student, he waited till after class to check the car, and later that evening he emerged as a proud owner of a 1971 BMW 2002. 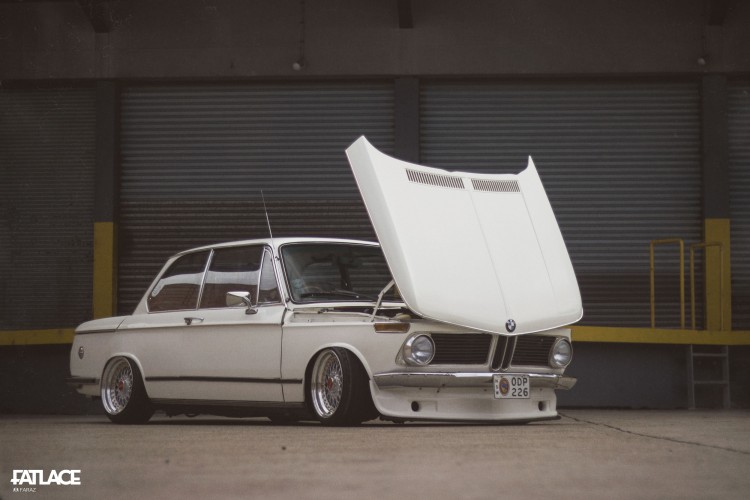 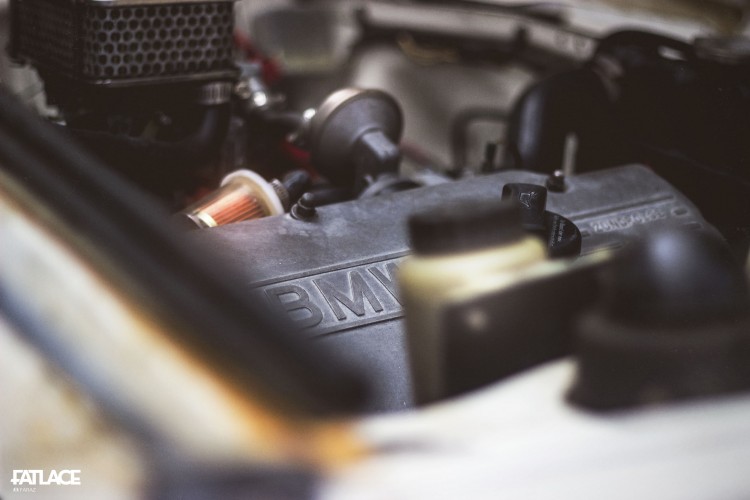 Getting good grades at university was a priority and whatever spare time he had was dedicated to making his vision into a reality. Fortunately, the car was mechanically sound, so his efforts were shifted to getting it painted. Three months, bad weather, semester breaks, and countless exams later Nick completed the bare metal respray in his own backyard. 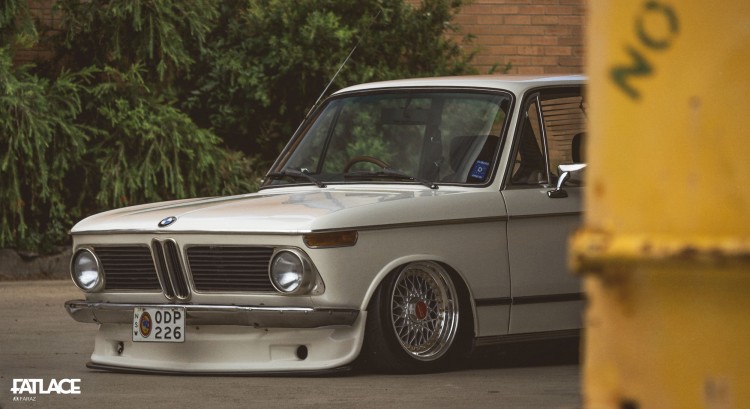 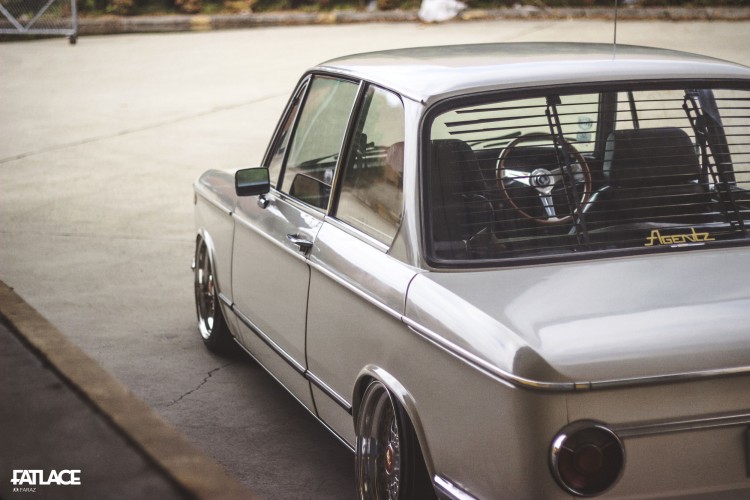 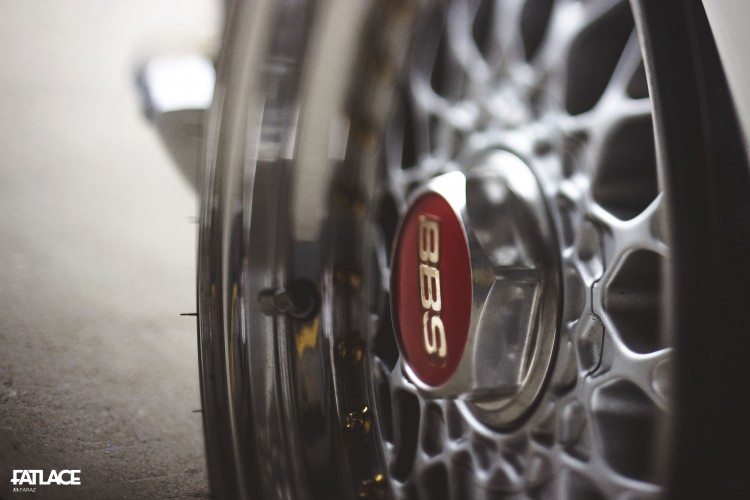 Initially Nick was going to go the coilover route but decided he would try something different and run air suspension. With no information online about fitting air suspension onto one of these 2002’s, he decided he would just attempt it. Picking up a kit and piecing it together with old air suspension parts off previous cars, Nick was able to get it sitting the way he wanted, close to fender on lip all around. 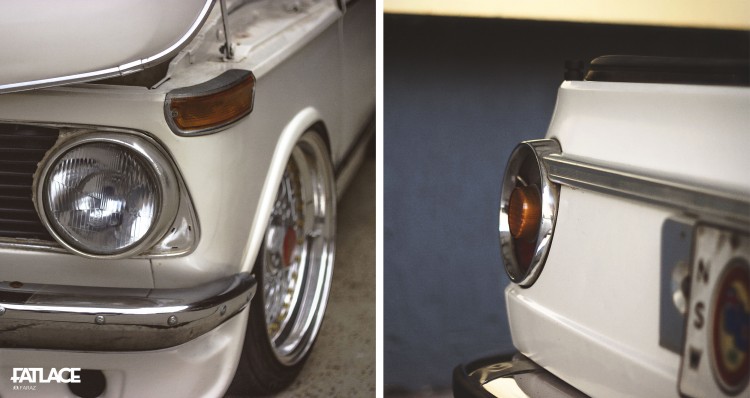 The front lip was the finishing touch to the exterior cosmetics. Fortunately he found someone local to make one for him. 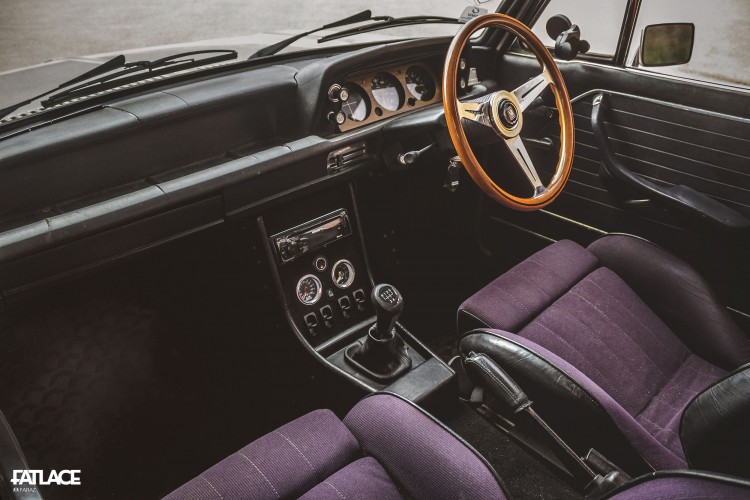 Once the exterior was completed Nick worked on the little details starting with the cabin. He cut universal automotive carpet to fit the 2002, replaced the OEM front seats with Recaro’s, replaced all the window and door seals with new oem parts and finished the interior off with a nice woodgrain Nardi steering wheel.

It’s been a little under two years since Nick has picked up the car and it was stock. Here it is today dropped on tastefully rebuilt BBS RS’s and looking super fly. I’m happy that the car is as close to what he envisioned it to be and many car enthusiasts know that’s hard to accomplish. I’d love to see what the future holds for Nick and his 2002, I’m sure whatever it is, it will be dope. 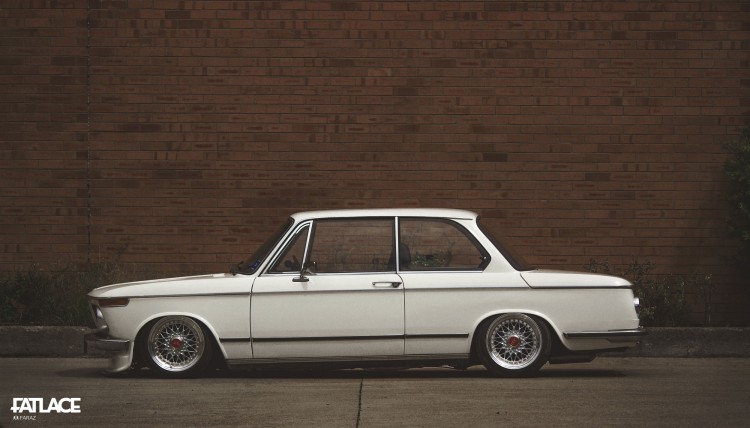