It’s the third incarnation of Australian drifter Rob Whyte’s Nissan 350z. In original factory trim he started his drifting career, then progressing to supercharging and developing the chassis. Now a rolling shell has been purchased to complete the build of his ultimate 350z. 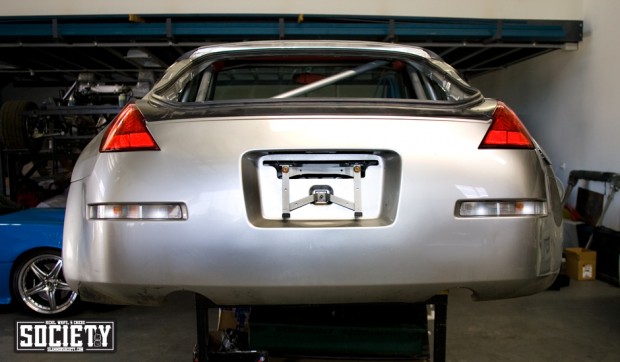 With Siebon Carbon covering boot to bonnet and a roll cage already fitted, it was too good an opportunity to pass up. 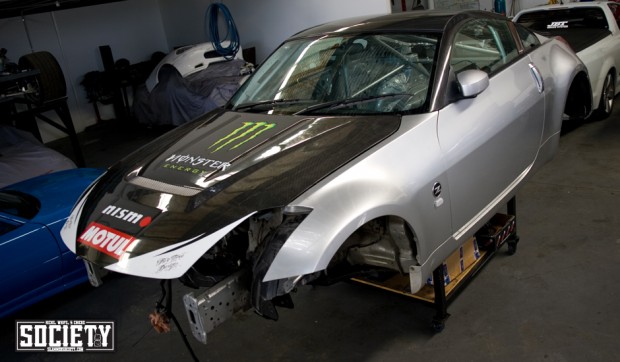 Now the project will commence to build this shell into a competitive vehicle to complete in the Australian Stadium Drift Pro Tour. 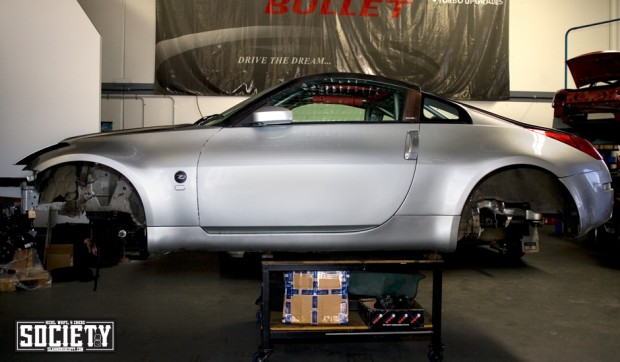 As anyone who has started a project will know, it is a slow and involved process. It all began when the opportunity arose to purchase a brand new Nismo 380RS VQ35HR engine. The engine will be modified for forced induction with the addition of a Rotrex Supercharger and pumped with race fuel to the tune of around 450HP. 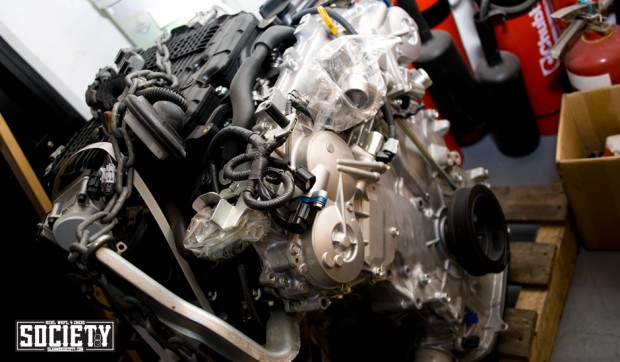 The workshop looking after the build are no strangers to forced induction, having spent plenty of time supercharging V8’s for their very own Bullet Supercar. 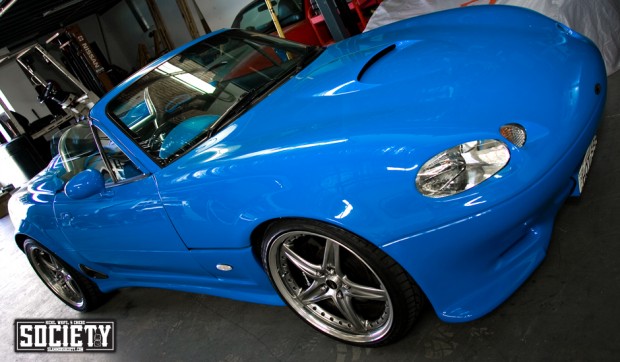 A gearbox had to be sourced from the US to fit to the VQ35HR and is currently in transit to Australia, but in the meantime initial work will commence on the 350z from rolling shell to drift weapon. 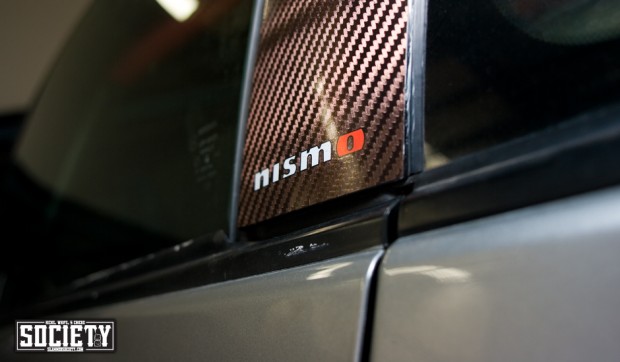 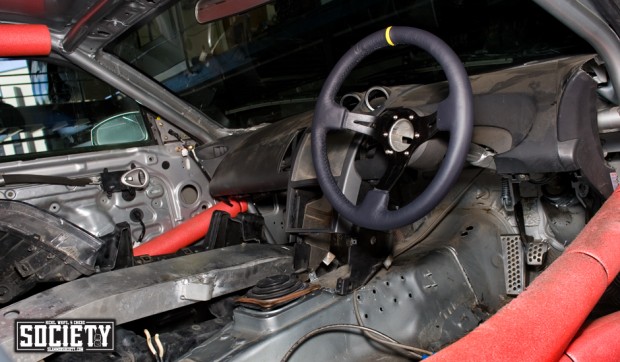 The new 350 will be finished in the same colors as the current car pictured below, with perhaps a few minor tweaks. 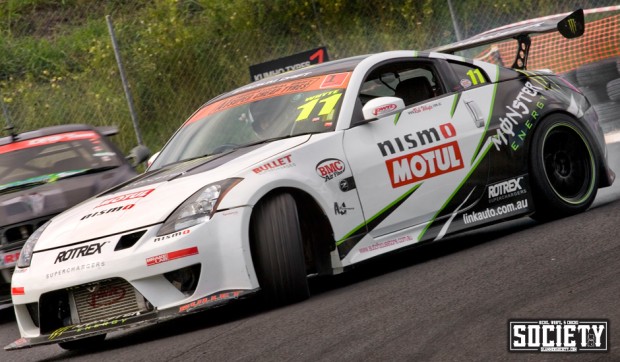 And from the vault, here is Rob winding it up at Queensland Raceway in the early days.