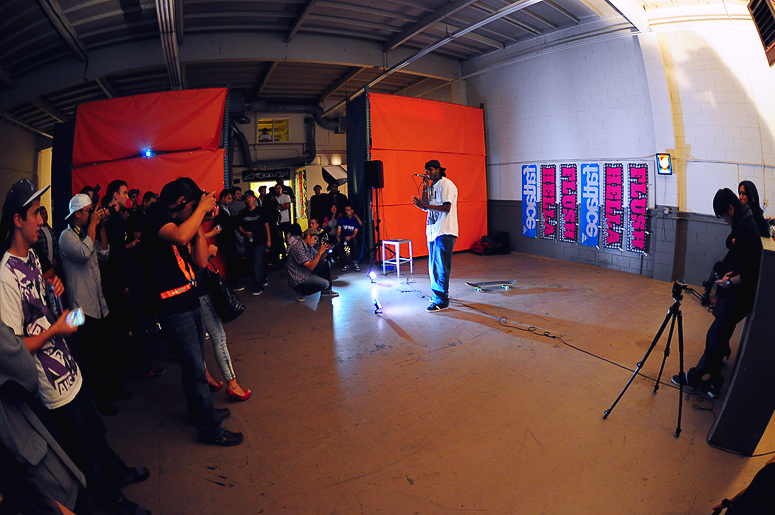 Surrounded by the press. I am always curious what other photographers produce. I kind of vaguely look to my left and to my right and just analyze things. Alright…homeboy over there has that speedlight, dude to my left has that lens. I grasp my budget gear and go to work, putting in like 20% “effort” with 80% “what the hell am I doing”. I caught a case of writer’s block. 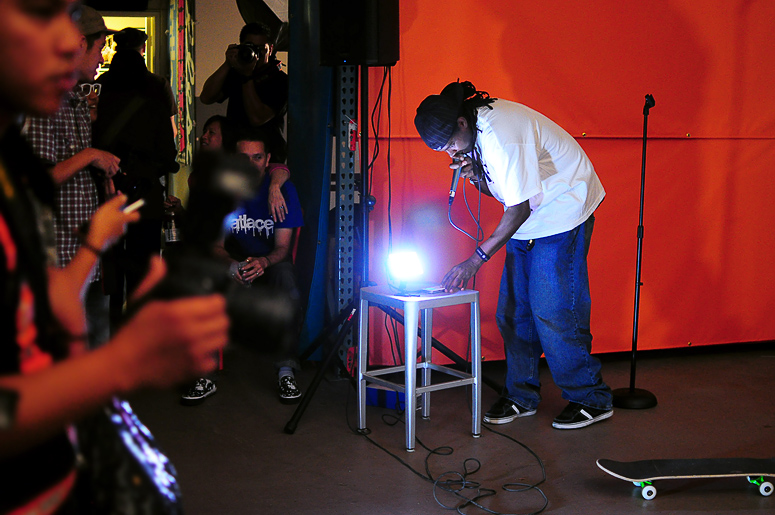 Bukue One representing that dirty hip-hop. Why bring a band or a DJ when you can plug in an iPod and blast digital waves out the speaker box. 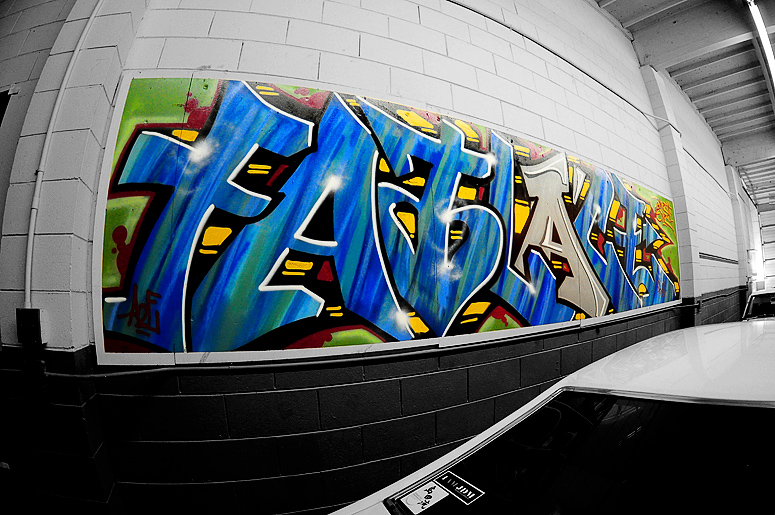 Not only does Bukue get down on the mic, but he can go hard in the paint. For the warehouse opening, he graced this piece on part of the wall. 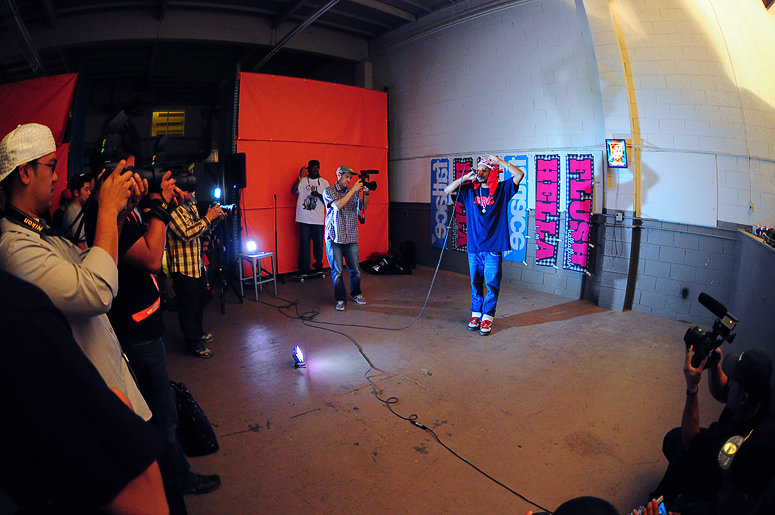 So what’s this all for? In celebrating the new warehouse, it was also to introduce the newly sponsored artist to the Illest line by Fatlace…Del. 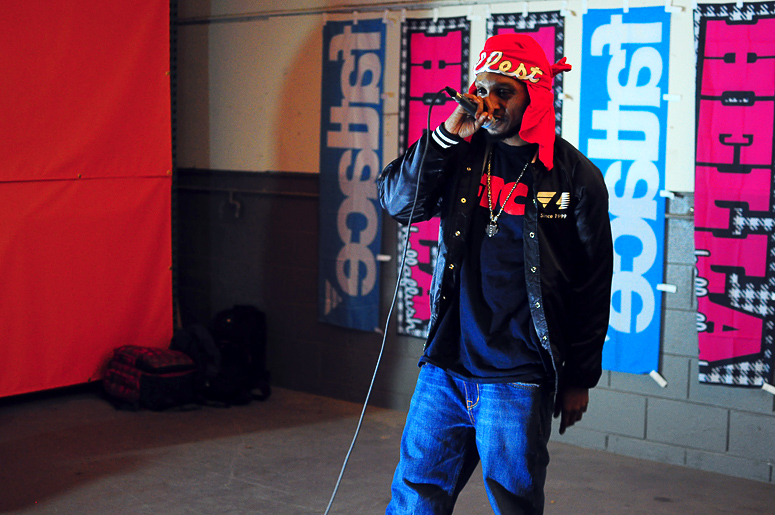 If hip-hop was a turd, Del would be those corn kernels that just won’t digest with the rest of the human waste. Del is grimy. Del is funky. The man infects viruses and talks mad gibberish and you can’t help but nod a head or two. I imagine his noise ring is like the source of his powers. 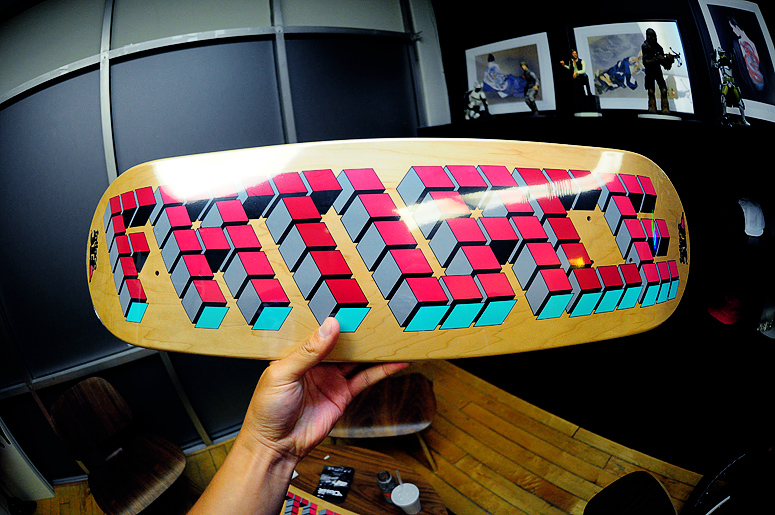 Just some things to come from Fatlace. The brand is flexing its muscles harder then its ever done. Prepare for the take over…

6 thoughts on “All Of This Over Boo Boo Heads”