When I saw the Powerhouse Amuse 370Z at Autosalon, I was plotting a way to sell a car or 2 to pick up a 370Z. Its lines looked amazing and as I pictured driving on the track encouraged me even more to keep figuring out a way to own one.

So as I was flipping thru a few blogs, I came across Calvin Chan’s 370z and that photo immediately became my desktop. Super clean, low, and not crazy cambered as I don’t expect Z’s to be. I posted that photo on facebook and then Anthony (canibeat) Lezada hit me up and said if I wanted it featured, he’d do it since it was his boy’s car. I said cool.. lets do this.

Although there isn’t a huge turbo on this car, visually it looks like there’s alot of power behind it. I’m sure Calvin has motor upgrades in mind as it would only do the car justice. 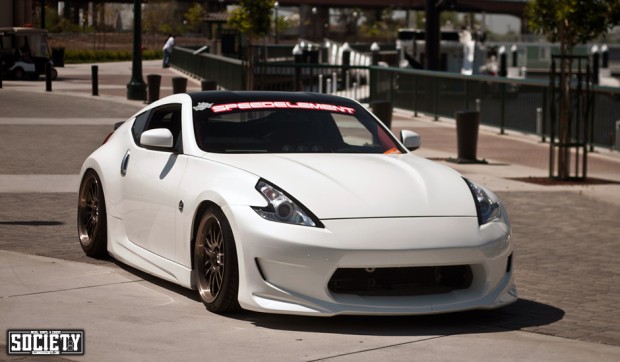 The rear is what makes the bodykit to me most appealing. Its lines flow with the body and from what I’ve read, the bodykit works on the track. 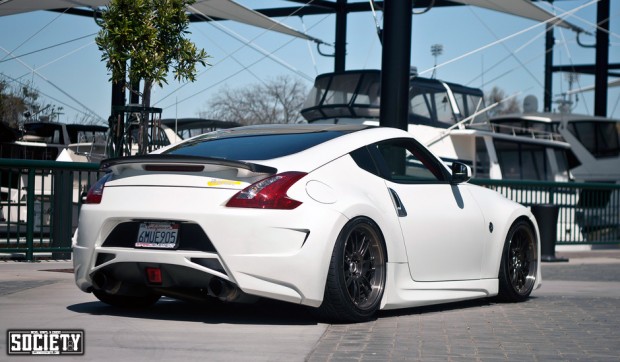 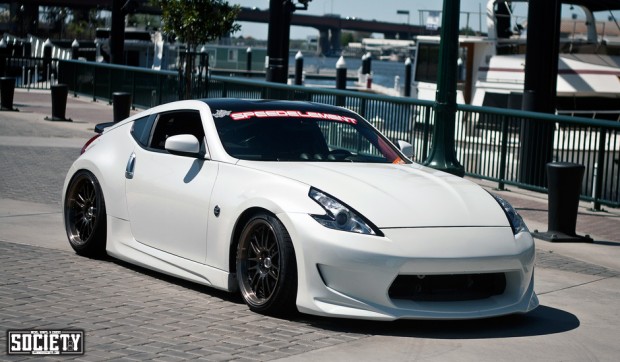