There aren’t a whole lot of cars that I can repeatedly shoot, and I think a lot of photographers can relate to that statement.  An exception to this statement is Chad Rapper’s ProCharged Infiniti G35 coupe.  Chad is locally known as the go-to guy to have your car detailed, and has an extensive portfolio on our local boards and nothing but great responses from anyone fortunate enough to have him work on their car.  Needless to say, Chad’s car is a beacon of cleanliness. That combined with the ever changing appearance of it, not to mention the caliber of parts he chooses, makes it one of the few cars I don’t mind repeat shooting.  Chad’s car has been whored by myself on a few mediums, from local ezine/blog features to a full-on feature in Nissan Sport Magazine where we snagged the cover last summer.

I saw Chad’s Racing Hart RS 721 wheels for sale on Chicagoz.com, and knew he wouldn’t be giving them up unless he had something good planned.  Shortly after, I saw his Tein Basic coils for sale.  I knew Chad was up to something, I was a little giddy with anticipation.   Fast forward to a few weeks ago, the point and shoot photos of his car outside of Touge Factory emerged on the forums.  I knew I had to capture it.

I sent Chad a text- “I heard your car looks rad, we should make a date so I can shoot it”

So, last night we headed out, accompanied by my fellow thephotomotive.com shooter Brian Jarocki. 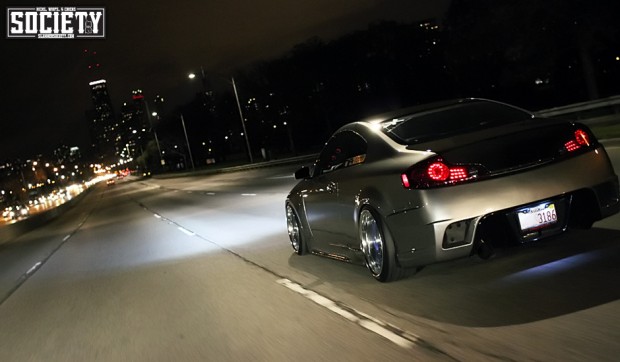 This was the first time i had seen Chad’s car (version 3, to be exact) in person.  And it made me very happy. 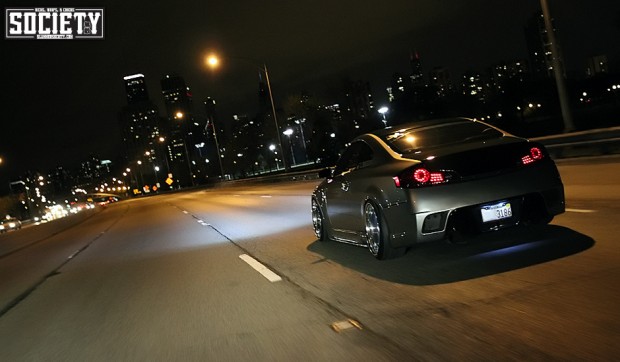 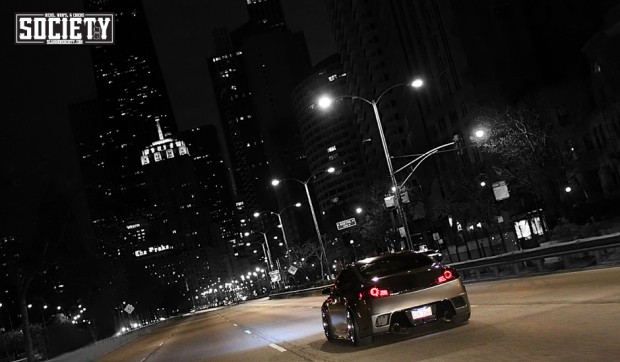 Our destination was the South Loop of Chicago.  An area I frequently use for location shooting.  We hit Lakeshore Drive and headed south. 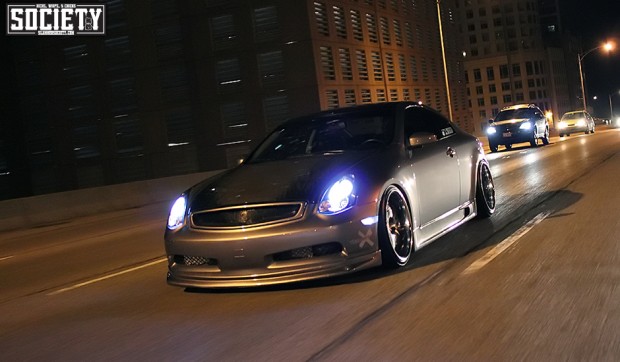 A slammed car like Chad’s is extremely uncommon to your average person…especially on Chicago’s unforgiving streets.  He attracted plenty of rubberneckers, and a few folks that just sat behind him as we cruised. 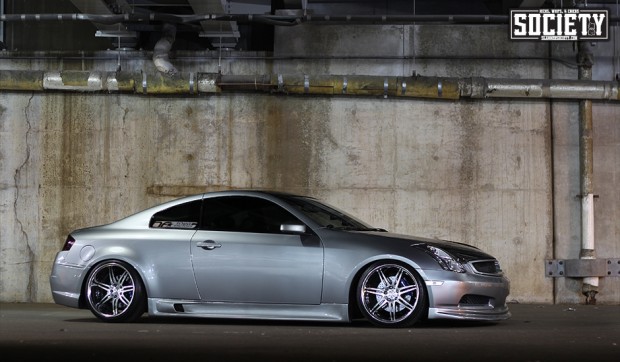 And here you have it. 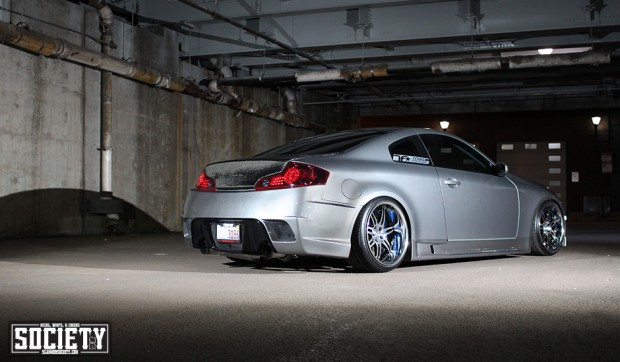 Chad settled on an extremely sexy set of Work Varianza T1S wheels.  And my oh my did he go MUCH more aggressive than his  previous setup. 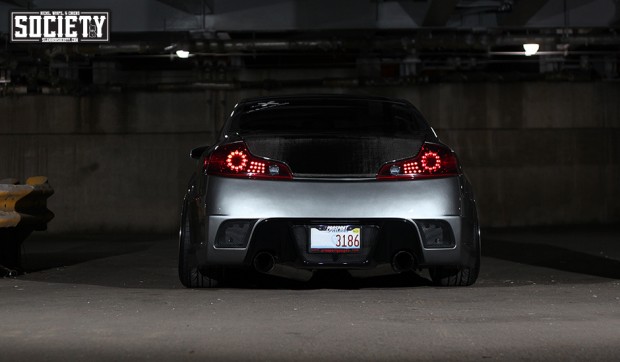 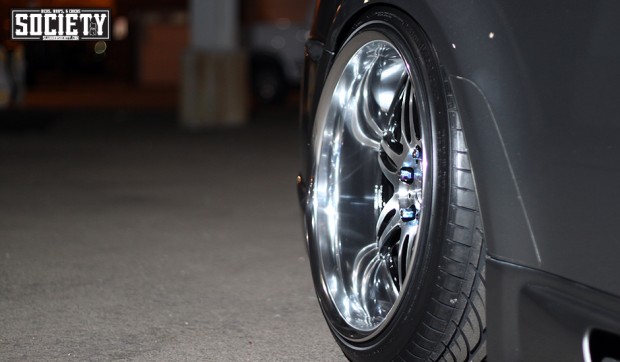 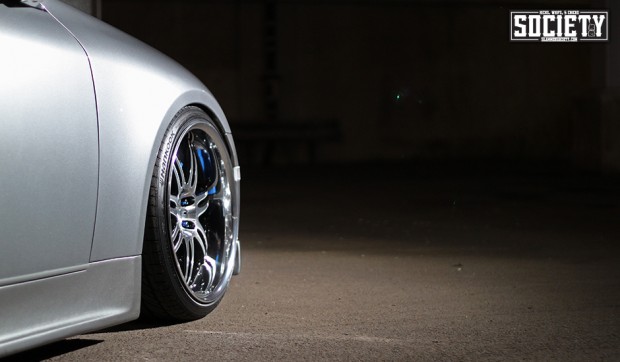 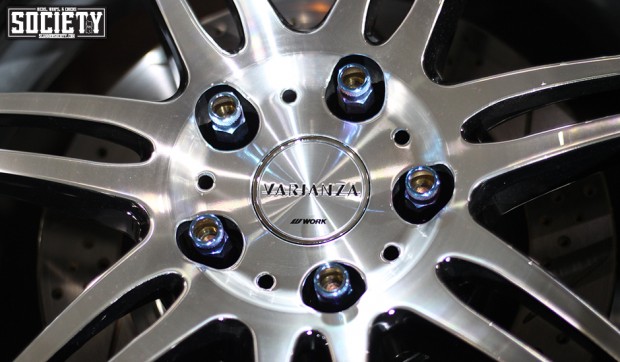 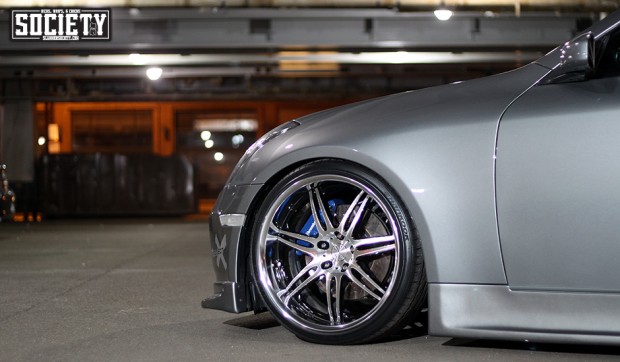 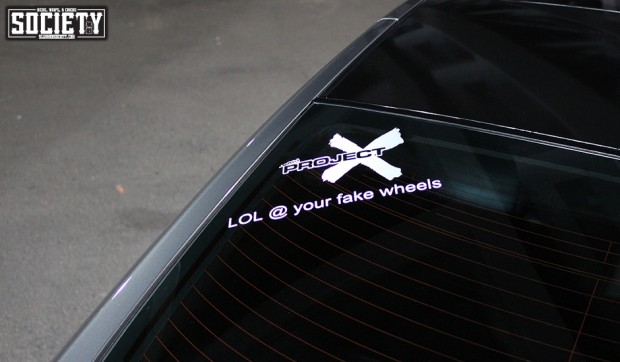 More shouts out to Project X for all the work they’ve done for Chad and for keeping it real.  Real real.

5 thoughts on “Chad Rapper’s G35: Working out the details”