Hypebeast & Josh Clasen premiers another Depth of Speed video featuring classic British cars. I personally am feeling this one as classics are awesome and racing them makes them even more appealing.

Depth of Speed was born from a desire of story, travel and a love of anything automotive related. Next year my wife and I will be taking to the streets to uncover and document the greatest stories from the automotive world. From coast-to-coast and from top to bottom, finding the best stories will take the highest priority. Every time I meet someone new or attend an event I’m amazed at the depth, passion and love that the automotive world brings. Depth of Speed is just that – an in-depth look at these stories. There is something about motors and machines, that to an outsider looking in, would make us seem plain crazy.

We have begun the process of outfitting our trusty Scamp trailer to traverse the entire country. Known affectionately as a fiberglass egg, our Scamp will be our home for one year of our lives. At only 13 feet long it will make for a cozy year.

When it comes to the world of British automotive prowess, the earlier examples from MG and Austin Healey have arguably fallen to the wayside amongst Britain’s current crop of luxury vehicle makers. But for Roger Gisseman, his love of British cars dates back to the days of his youth. Likening British cars of the era with the Hondas and Subarus of current as cars for the younger crowd, despite this, Bob’s love for British classics is unwavering. Bob’s torch has been further passed onto his son Rob, who carries on the passion. Turn up your speakers, sit back and enjoy. 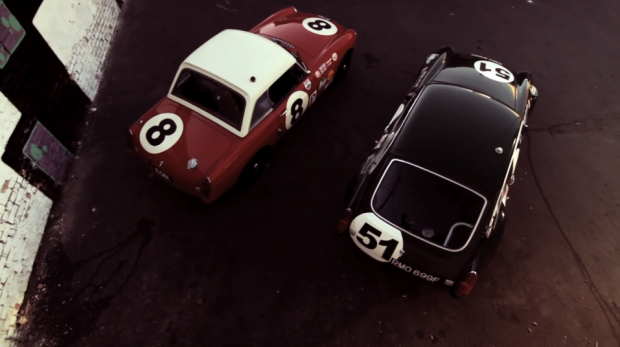