I was excited to see this announcement of the 2011 Toyota Antics Music Series. As a fan of all types of music I look forward to checking out talent from a great mix of bands from all over the globe and up and coming indie acts. It’s refreshing to see bands that are on the rise before making it on airwaves reminiscent of my high school years where I watched bands such as Blink-182 (before Travis Barker), Sublime, and the Aqua Bats (with Travis Barker). The first 2 shows of the Toyota Antics tour are set in Nashville and Omaha before coming out West. I look forward to checking out the Culture Collide Festival in LA in October. Check out www.uptheantics.com.

See below for more info. 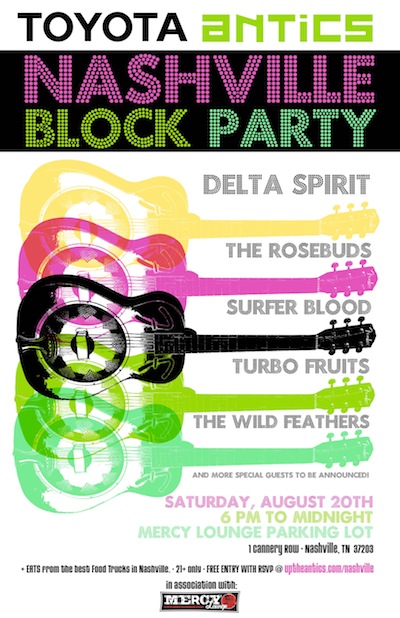 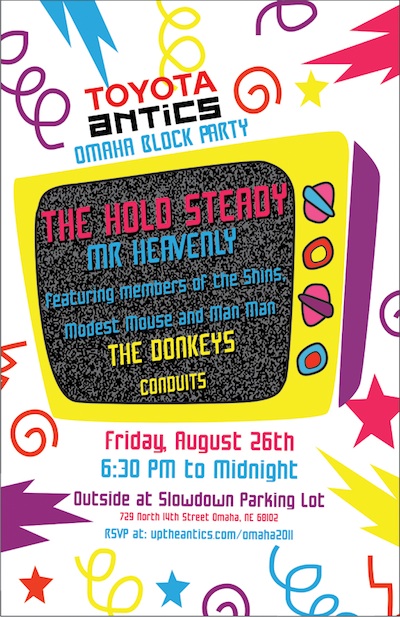 FILTER has established TOYOTA ANTICS as exciting premiere interactive events at festivals including Art Basel, NXNW, Fun Fun Fun Festival, Pitchfork Festival, SXSW and Treasure Island. The parties have gained a reputation as some of the most highly-anticipated events in the country.

The series kicks off in Nashville this year—with events running through October–providing attendees with an enhanced interactive experience. The 2012 Toyota Matrix, Corolla and Yaris models will be taking over city blocks, historic buildings and other special tour locations with retro-themed activations. TOYOTA ANTICS’ roster of vehicles includes a transformed Toyota Matrix doubling as a Zoltar fortune-telling booth, a Toyota Corolla custom photo booth station and a Toyota Yaris hosting “Say-That-Song-Game-Show” for live competition. In addition, attendees can enjoy customized art exhibits, on-site handmade iron-on T-shirts and action sports demos. More performing artists are to be announced, joining the ranks of past artists including Theophilus London, Neon Indian, Built to Spill, Miike Snow, Ladytron, MIA, Broken Bells, CSS, TV On The Radio, The Cool Kids, Chromeo, No Age and Bloc Party.

TOYOTA ANTICS updates will be shared via Twitter @UptheAntics, Facebook (http://www.facebook.com/toyotaantics) and UptheAntics.com, where TOYOTA ANTICS will offer access to exclusive videos and other behind-the-scenes content. Partygoers will also have the chance to participate in on-site contests and activities for a chance to win exclusive prizes.