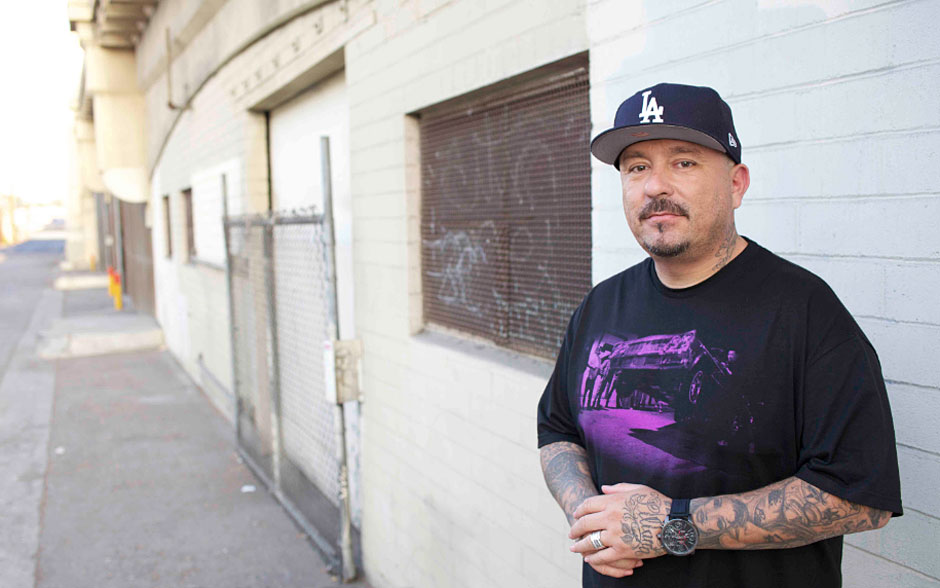 Mister Cartoon partners with Diesel to launch the first ever watch collaboration for the brand. The two unique timepieces were designed by Cartoon and feature a range of applications from Cartoon’s iconic portfolio, including his iconic clown face, typographic roman numerals and a reinterpretation of Diesel’s famous Mohican icon. In conjunction a video series, “Time 2 Ride,” was filmed by Estevan Oriol that showcases Cartoon tattooing some of the Thailand’s most influential people and tastemakers. 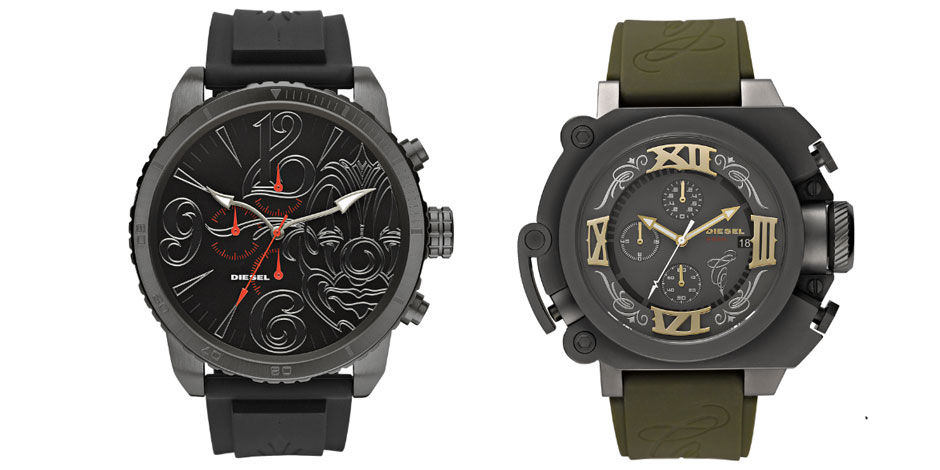 More information below along w/ a link to the first video in the series.

Mister Cartoon and Diesel are certainly no strangers to one another. The duo has worked together fairly recently on the extensive Only The Brave initiative video, shot by Estevan Oriol. Today brings the news that Mister Cartoon and Diesel have aligned once again for a limited edition watch collection – a project which is Diesel’s first-ever collaborative timepiece venture.

The special project sees Cartoon curating two unique timepieces, the DCMC0001 and DZMC0002 – each watch customized and designed by Cartoon himself. The designs feature a range of applications from Cartoon’s iconic portfolio, including his iconic clown face, typographic roman numerals and a reinterpretation of Diesel’s famous Mohican icon.

In addition to the collaborative project, Cartoon also recently spent three weeks in Thailand tattooing some of the country’s most influential people and tastemakers. Cartoon and Diesel invited Estevan Oriol to document the trip in a four-part series the trio have titled “Time 2 Ride.” Catch the first installment by hitting play on the video below, and stay tuned as further imagery of the timepieces are soon to come.

ABOUT THE COLLECTION
DZMC0001 features the artist’s iconic clown face in silver on a black dial with red details and is based on his own hand-drawn design. On the back, Mister Cartoon applied his own creative twist to Diesel’s famous Mohican icon. The watch features custom engraving on the side of the case and embossed stenciling on the silicone band. This model retails for $295.00
DZMC0002 features oversized roman numerals designed by the artist and his personal hand pinstriped clown face logo prominently featured on the watch. The chronograph watch also has an LED light display function, while the silicone band is a striking olive color with custom stenciling. This model retails for $325.00.