I’m sure alot of you can’t believe how fast this year has flown by. I’ve been hoping it would slow down a bit but then again it wouldn’t be life if we controlled our time on this earth. A lot has happened this year with the brands but this particular post is about Sema and what we’re going to be working on, so we’ll get to the brands on another post. Sema this year surprisingly and thankfully doesn’t land on Halloween like the previous years. This means I won’t be flying back to the bay to celebrate Halloween with my kids and also means I can have a stress free Sema. Sema lands on November 5th and ends November 8th. This year we will be featuring these builds on the Car Fiend app so please, if you haven’t already, download it.

I’ll write briefly about the projects I’m personally working on and producing. I don’t believe in waiting to unveil projects unless a company I’m working with asks that we don’t say anything but this year it’s all personal builds so we aren’t tied to anyone else’s agenda but ours. John P will also be doing some cars for Sema but he’ll be the one to let you know about them. 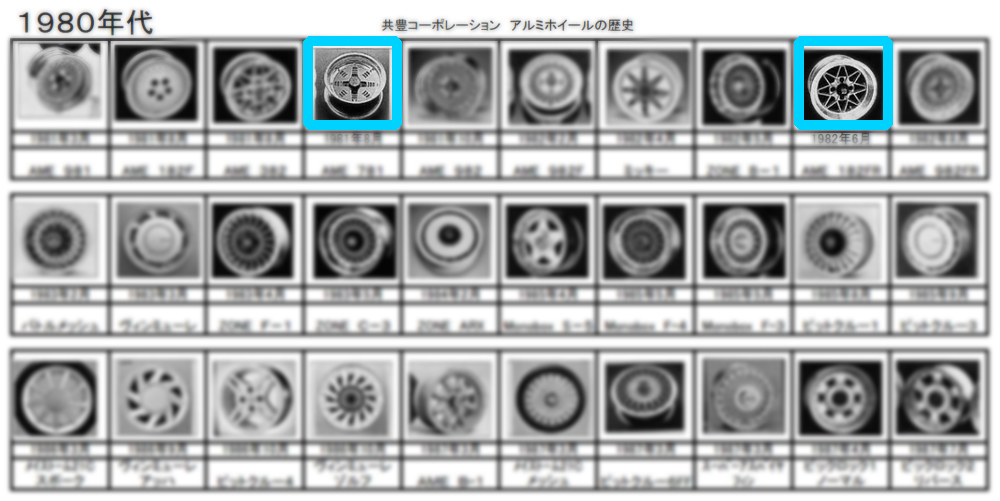 I’ve been working with AME since the debut of the Fatlace Solstice for Sema 2006. We’ve always talked about doing a wheel together but nothing came to fruition until at Tokyo Auto Salon in 2010 when we finally agreed to do something. Fast forward a year later I had a meeting with Itchy, Nobu and Rishie from AME about doing a wheel collaboration. Vintage was on my mind since my recent purchase of the Hakosuka and felt it would be a good idea to pull from the archives of their history.

And so we did. I studied the catalog they sent me from years past and decided that Style #781 and #182FR were to be resurrected. These wheels came from the 1980 Catalog and in order for this to work, we would need to modernize the wheel a bit and add sizes that work with todays market. Another big thing on my mind was pricing. We wanted to make an authentic, real brand with real recognition wheel that is QC’d to the highest standards that is almost the same price as a copy brand. With this in mind we came up with the FZERO1 and FZERO2 which is short for Fatlace01, Fatlace02. Here’s what the wheels will look like with the widers ones having a lot more concavity. Details and pricing will come later but know the prices and specs are for todays market and expect to see the first sets of these at Slammed Society Japan next month on a few cars. 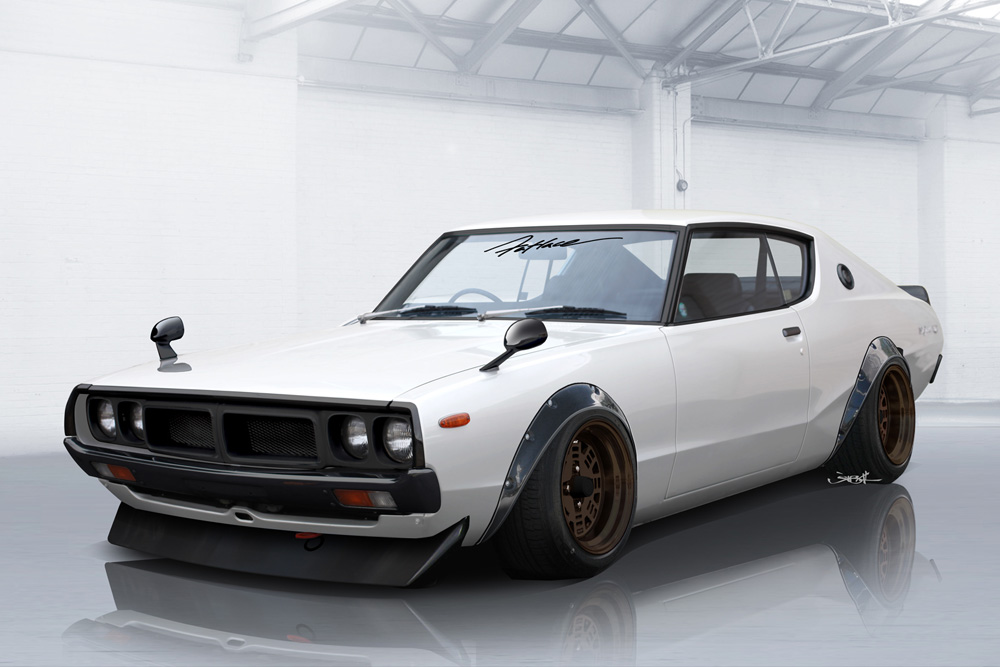 We’ll be bringing Felix’s Kenmeri to Sema along with my Datsun 520 Truck (if it gets done in time). The Kenmeri is going thru an overhaul at the moment and will be sponsored by MB Quart, T3 / Techno Toy Tuning, Toyo Tires and will be sporting the new FZERO1 wheels by AME & FTLC. We will also be displaying our latest BRIDE seat collaboration at the event on both cars. This render was from the one and only Jon Sibal. 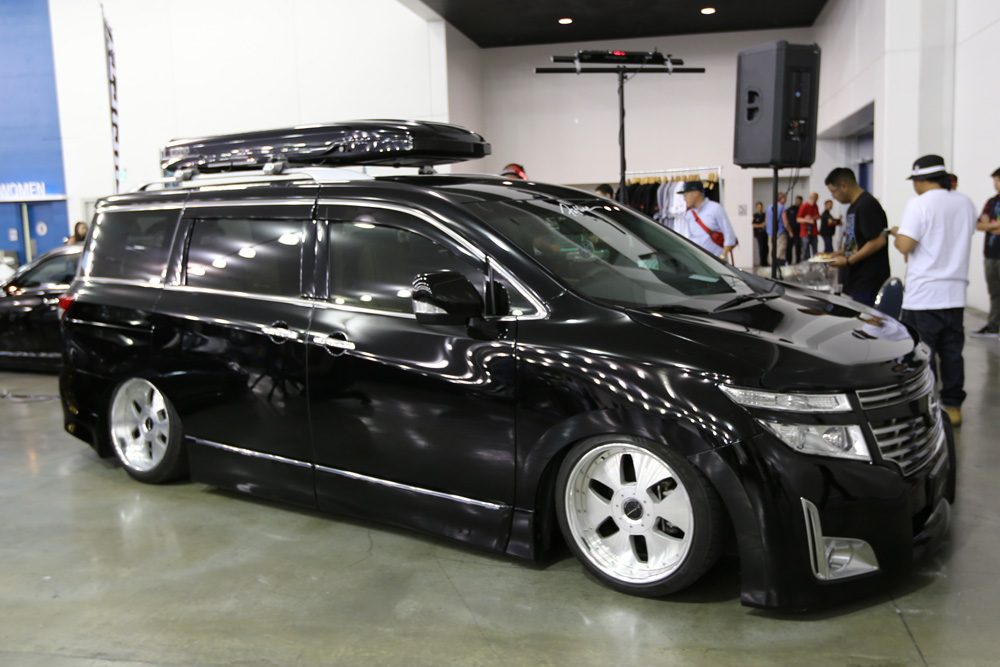 A Van Called Quest. This project was suppose to debut at Sema 2012 but we decided to just cruise this one around town that year. But for 2013, you’ll see this one at the Toyo Tires alley. We’ve collaborated with Work Wheels, Air Runner, Futura Brakes and with thanks to Yamasaki, Yu, and Kenji from Greddy on sourcing and shipping the ElGrand front end parts from Japan. The front end was no easy task as the US spec Quest is 5.5″ wider to accommodate for the overweight people in the USA. I’m also working on a front end conversion kit for those of you that want to have an Elgrand front end put onto your Quest. 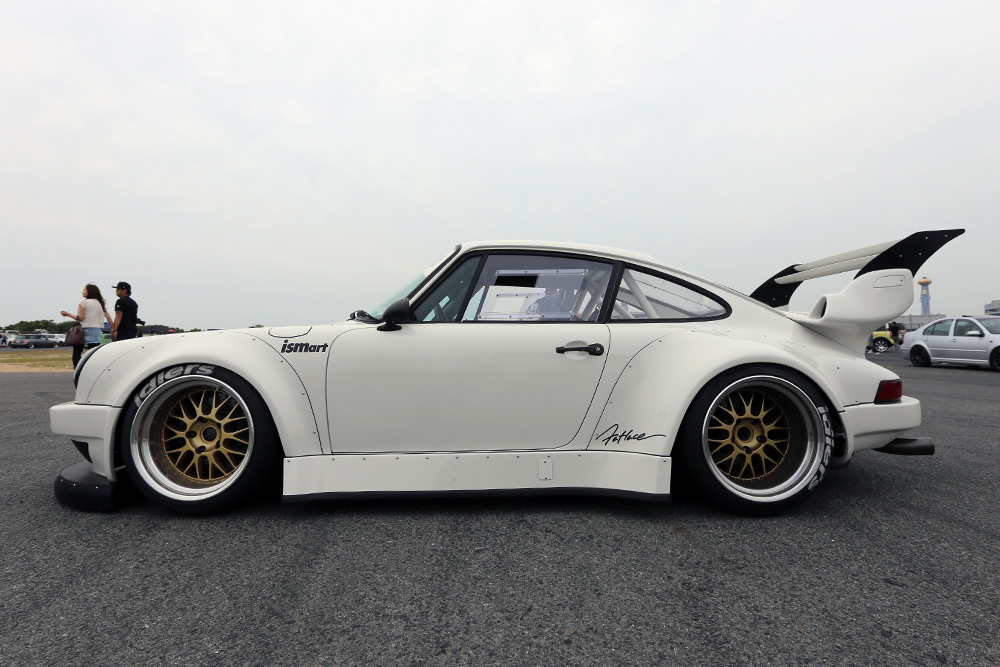 We’ll be showcasing a new look for Sema this year for the Rauh Welt Begriff 964 Turbo. We’ll be working with KW, Toyo Tires and Work Wheels. If you’re at the show, there will be 2 other RWB’s so be on the lookout.

A special build I’m helping put together with Kato-san of Liberty Walk. This 458 will be outfitted with a Liberty Walk widebody kit and Toyo Tires. I’m still working on a few other sponsors for this car but know it’ll be one of the head turners at the show. 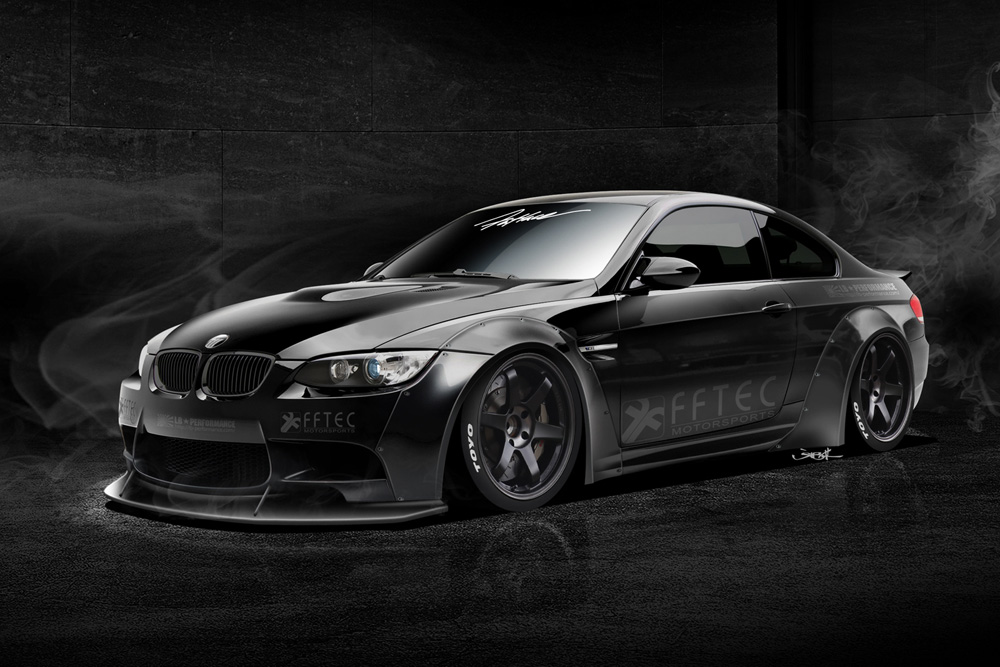 And finally, I’m project managing the build for the estimated 1000hp BMW built by FFTEC. Rendered by Jon Sibal, this build will also have a Liberty Walk bodykit and will have Rays G25 Wheels with Toyo Tires wrapped around them. KW will supply the Suspension. FFTEC recently built one of the fastest BMW 335’s to date and with this one hoping to break the 200mph mark at one of the flat land races right before Sema.