Three projects to look out for at this years Sema come from 3 bloggers on our site, John Pangilinan, Ernie Manansala and Mark Arcenal. Some of you have heard of their names or have seen work they’ve previously concepted, so while cruising the isles of Sema this year keep your eyes open for these four fantastic builds. Here’s part 3 of 3 of Fatlace x Sema 2011.

This particular car is one that pretty much nobody has heard of. It’s a new car on the market called the Chevy Sonic by GM. I was one of the lucky 5 who received an early prototype to build the car based on a few different categories. The style I chose was of course, Hellaflush, since we coined the term.

After seeing photos of the car on the net, I could tell right away Chevy was onto something. It’s a compact car but super sporty. The great thing about this car is that it’s TURBO! That means lots of upgrades for the young tuners of the world. I hope to build something that represents the brand as well as our style in the next few weeks leading up to Sema 2011 on November 1st. If you are coming, check the Sonic at the Chevy booth. It’ll be awesome. 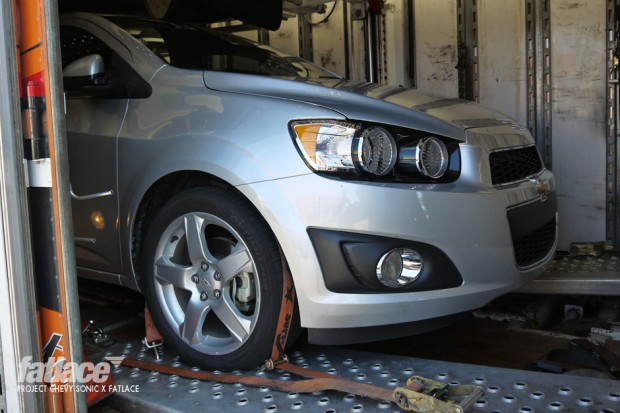 Not knowing what to expect by just seeing photos, the car itself isnt so small. It’s very GTI sized. 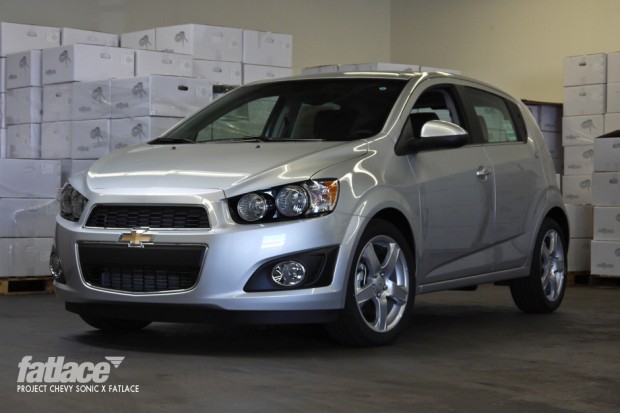 Definitely could use a little love in the suspension and mod department. 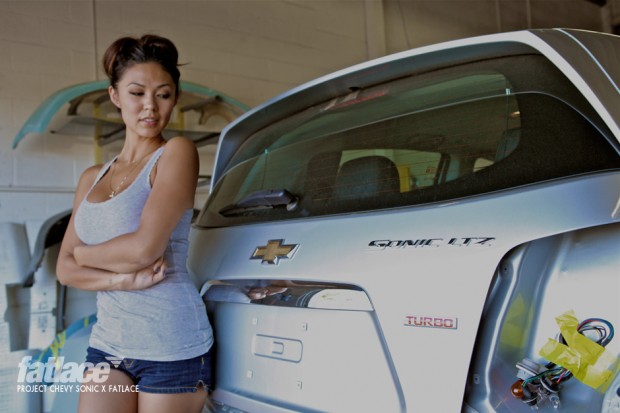 Elissa Alva’s gonna pose with the car for a few snaps and show us around the car. 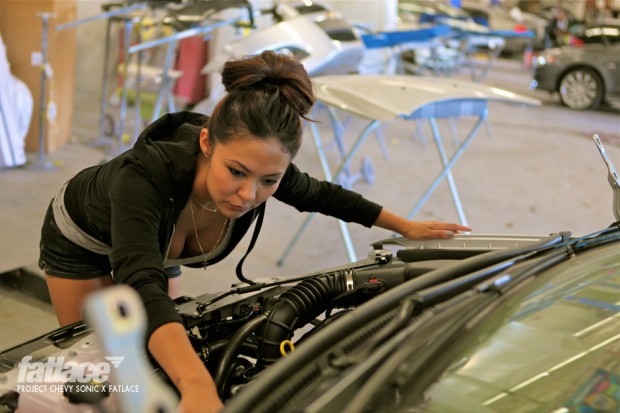 Yup, everything’s in the engine bay! Thats a turbo alright. 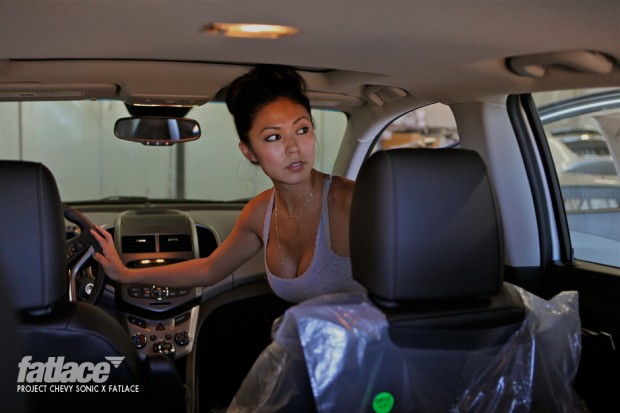 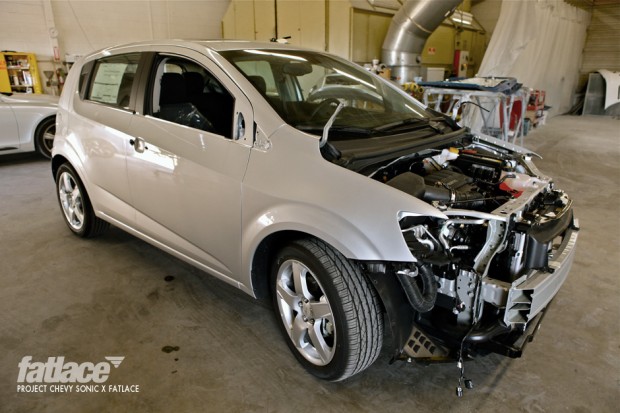 Next step, paint at TNT in Sacramento and suspension.