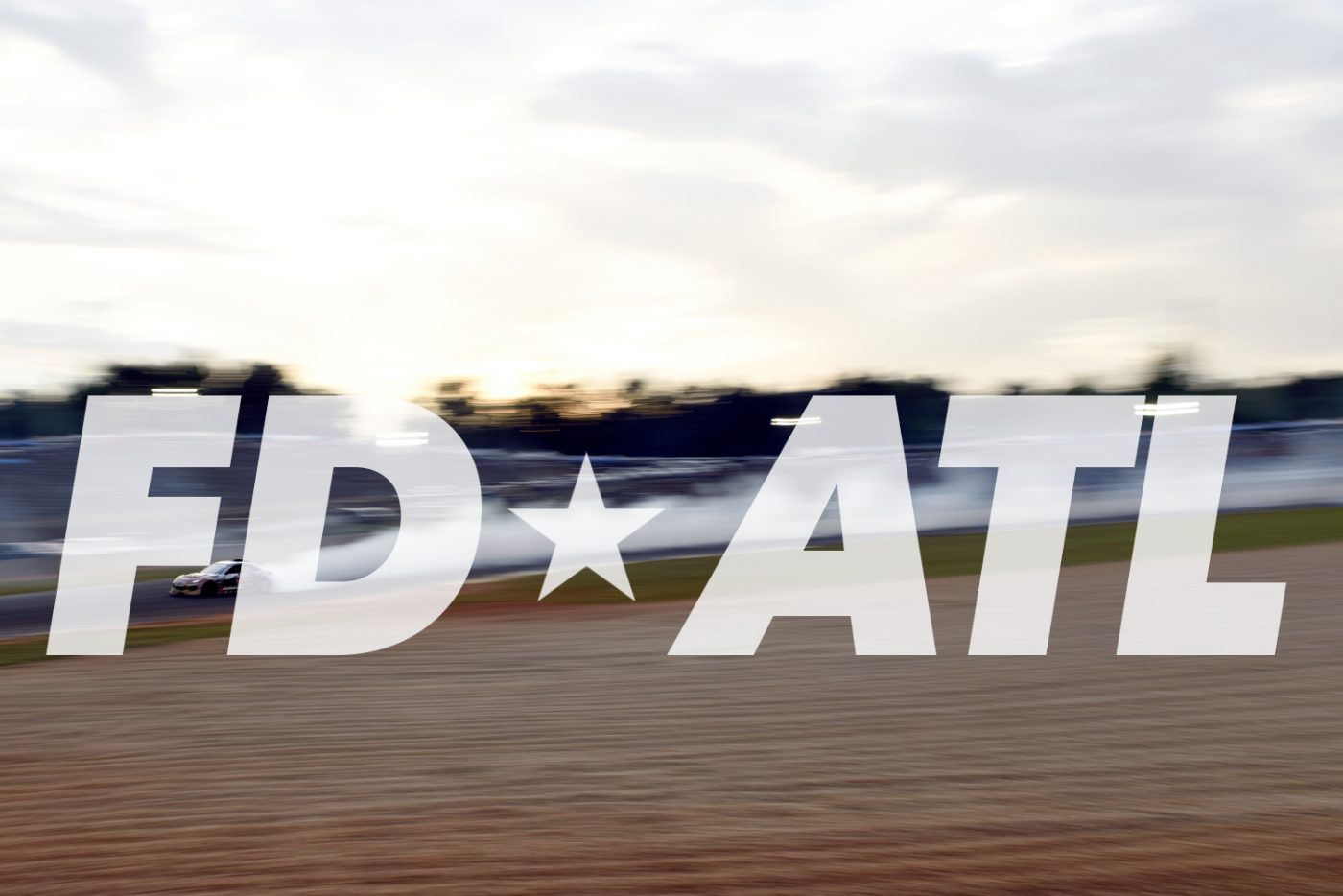 Because I was on vacation, my friend Kevin Choi volunteered to get photo coverage of FD ATL for us. Fortunately, he was able to make it down for the weekend to grab plenty of images for us share with everyone. I look forward to attending FDNJ and bring you more content through the rest of the year!

Feel free to share the images below! Remember to tag us @fatlace #fatlace.

Formula DRIFT presented by GoPro returned to Road Atlanta for Round 2: Road to theChampionship. Aurimas “Odi” Bakchis in the Feal Suspension / ARK Performance / Nitto Tire Nissan 240 SX takes the victory for his first Formula DRIFT win of his career and rises to the top of the standings.

Round 2: Road to the Championship was a night of upsets as the top qualifiers failed to move past the early rounds of the competition. The action packed event provided the fans with a competitive atmosphere that kept them on their feet throughout the night. 240,000 fans tuned in to watch the competition unfold on the Livestream broadcast during the event weekend.

“This season thus far has been very competitive,” says Jim Liaw, President of Formula DRIFT. “The competition is as tough as ever as can be proven by all the upsets tonight. It will be exciting to watch how the season unfolds especially as we head into a brand new venue at Orlando Speedworld for the next round.”

The semi-finals were a challenge for both defending champion, Chris Forsberg in the NOS Energy Drink / Hankook Tire Nissan 370Z and Ken Gushi in the GReddy Racing / Hankook Tire Scion Racing FR-S as their battles were too close to determine a definitive winner by the judges, leading to multiple one more time battles. During their third battle, Gushi edged out Forsberg with his close proximity on his chase run giving him the win, while Forsberg inches his way up the rankings to third place. The Finals pitted Gushi and Bakchis. Bakchis’ speed was too much for Gushi as he took an early lead in his lead run, which lead to his first Formula DRIFT victory and moves him into first place in the standings. Gushi found the podium for the first time since the 2009 season and moves into fifth place overall. “It feels great to get my first win,” said Aurimas Bakchis, winner of Round 2: Road to the Championship. “Road Atlanta is my favorite venue and I’m super stoked to continue the momentum I set in Long Beach. Currently sitting in first for the Championship and it feels amazing!”

The 2015 Formula DRIFT season will continue to Round 3: Uncharted Territory on June 5-6 and for the first time be held at Orlando Speedworld. For more information visit: www.formuladrift.com and find Formula DRIFT on Instagram, Facebook and Twitter. Tune into Formula DRIFT on CBS Sports and check your local listings for airtimes.

Fatlace held their second annual Offset Kings event adjacent to the drift festivities on Saturday. Some amazing cars came out and Kevin was able to grab some shots, see below.

More images from the event below: