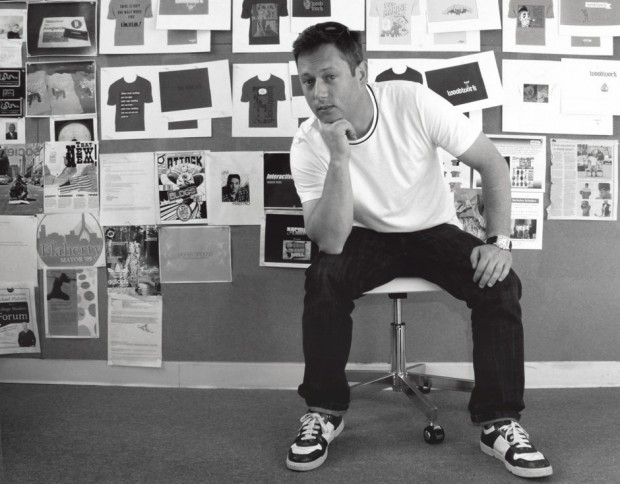 I got into breakdancing when I was a little kid and I always wore ill little Adidas suits around. I grew up in the city so I’ve always been interested in styles and different trends. I don’t know exactly why but ever since I was young I’ve had an interest in cultures and fashion and stuff like that.

What made you want to start your own retailing business?

Basically I saw a lot of dope clothing brands around that weren’t available in many places and with the internet you could provide universal reach to anywhere in the world.

Why did you choose to sell online instead of a traditional store at first?

First of all, the internet was growing like crazy and I wanted to do something new and different. I didn’t want to just open up a store. It was a good thing because I wouldn’t have had the money to rent a retail space. I don’t think anyone would have rented a store to me at that point anyways. It was easy to start with the internet. I got something up that was simple using a third party store system. I did all the fulfillment out of my parents basement myself.

What influenced you while you were getting KL off the ground?

I always looked up to people like Russell Simmons and Richard Branson and other business types who are also personalities themselves and do crazy things. They are  involved in social issues, too, but have fun and don’t take shit too seriously which I think too many  people do so that’s why they were the kind of people I wanted to emulate.

While KL was growing, what sort of obstacles did you come across that you never expected?

We kept running out of money but I expected that. It’s hard for me to answer the question because I kind of expected all the obstacles I’ve come across. We had the typical obstacles like lack of cash, having to find customers, and trying to run the whole business.

What brands do you look for when choosing what to sell on your site?

Original style, stuff that’s different and has a story behind it. I like knowing kids or whoever are behind a brand and really hussle to make it happen. Brands need to have both creative and business heads behind them.

Do you have any personal favorite brands?

People ask me that all the time. I’m working on my own brand called Sons of Liberty which is going to be a higher end brand that’s going to go on our new website Boylston Trading. Boylston Trading is going to be a little more upscale part of Karmaloop where customers will be able to get some super, super limited shit. Other than that, I don’t like to call out any favorite brands because as soon as I do, because I did it before early on, the other brands call me up all pissed off. I love all our brands equally!

You have done collabs with brands in the past.  Are you going to stay with collabs or do you ever plan on producing KL-branded apparel in the future?

I don’t think we’ll ever brand any apparel Karmaloop but we like to do collabs and are trying to step that up. We have a bunch more coming out in the future.

Have you had to make any major changes with your business since it started?

Not really. We keep doing more of the same, just better. We started doing the video portion of Karmaloop TV and now Pharrell Williams is coming on as the Creative Director for the cable channel we’re launching this year. I’m excited because we’re about to go really big in the media space and provide some content that people will be feeling that’s just not out there right now.

Why did you start KLTV?

It was a natural progression. We were always about the whole culture, not only clothes. From the start music, fashion, art, entertainment and action sports were part of the site but more written in the content so it only made sense to start KTV when video started popping online.

Where do you see KLTV going in the future?

Hopefully it’s going to be a global media brand that’s providing content on TV, on the internet and video on demand (VOD). We just want to get the content we want to see out there to peoples’ devices.

What would you say is key in connecting with your customers? Being authentic and real. My personal cell phone number is on the site and people hit me up all the time. I do my best to be responsive – even at 3am! We do our best to make sure our customers are happy and see the products they want on the site.

Are there any other projects you have in the works?

Lastly, where did the name “Karmaloop” come from?

We didn’t have a name for the site when we first started. My business partner at the time, Adrian O’Connor, was this bike messenger artsy dude who actually lived in an abandoned building and was doing coding from extension cords where he was stealing electricity from the building next door and we were working on it in his place. He has a degree in sacred geometry which is the study of Celtic, Buddhist, and other religious symbols and patterns. We didn’t have a name but Adrian did the design for an e-commerce site and it was based on the Buddhist symbol for karma which is like a looping symbol so we were like, all right, Karmaloop. It was that simple. We couldn’t keep the design for too long though because it only had space for four brands.

– Thanks to Valeria Carrasco from Ladies Lotto for arranging the interview.