XDC or Xtreme Drift Circuit and Remix, brought their national level drifting  and car show tour to the sunshine state this weekend, and there was carnage. The Orlando event is the 3rd stop on the tour, and plays another role of the first event for the Eastern Division championship.  Carnage was had early as Chris Jackson’s  240sx had already met its demise before qualifying even began, 2 more 240’s, and Jeremy Lowe’s Rx-7 eventually made solid contact with the wall. Lowe however, after a 5 minute sledge hammer session was able to return to compete, and grind out a 3rd place finish over Texas native Nate Hamilton. The final would be decided between Chelsea DeNofa and his M3 and Matt Waldin and his 350z.  With DeNofa giving chase they were glued together upon entry and eventually DeNofa made contact wth Waldin forcing himself into the outside wall, Waldin was able to continue his run nearly unfased and went on to an easy victory. 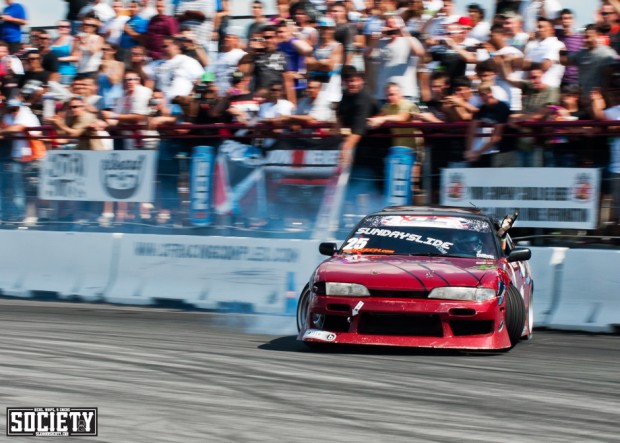 Miles Flick giving a wave to the crowd as Jeremy Lowe’s Rx-7 sits against the K-rail. 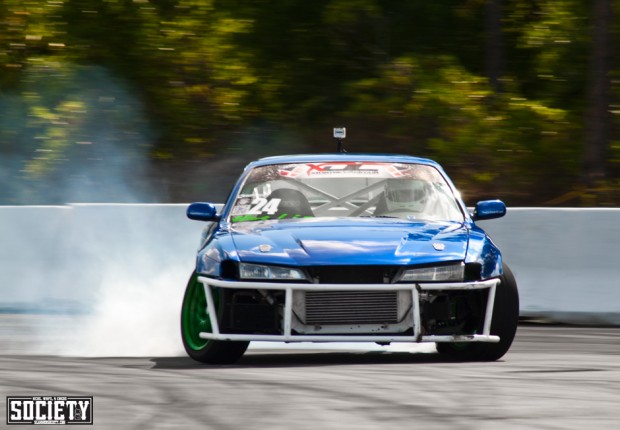 Dave Briggs, missing the front and rear bumper covers at this point. 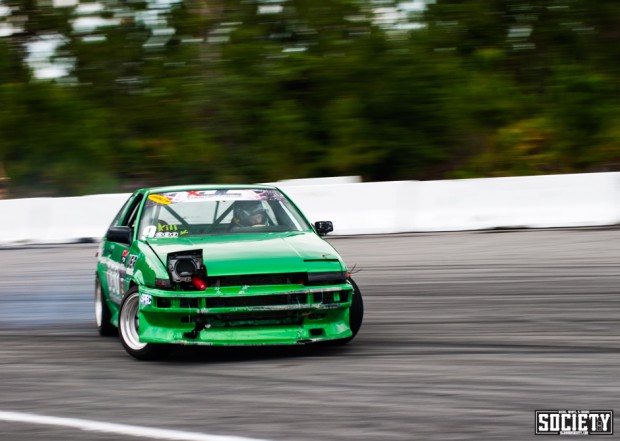 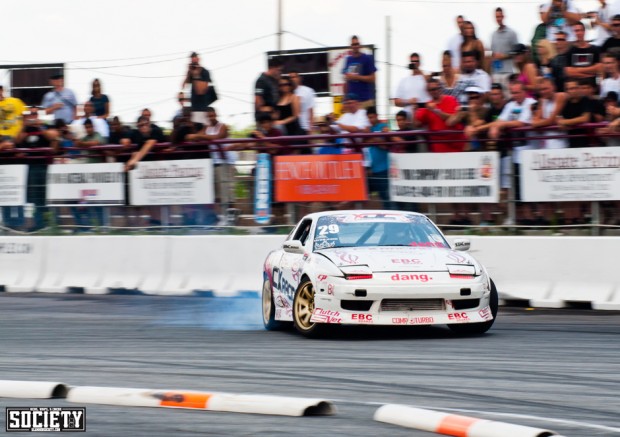 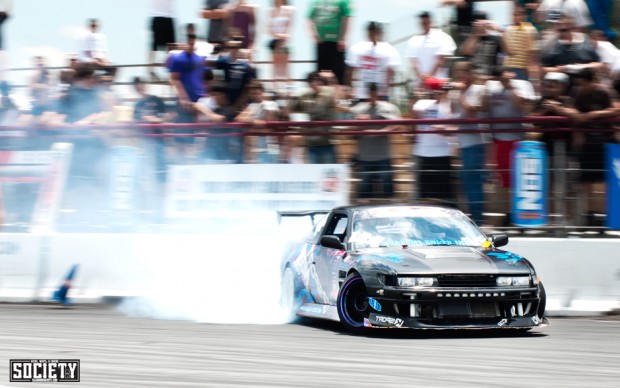 Nate Hamilton laying it down to the pavement, the wall, and that blue cone. 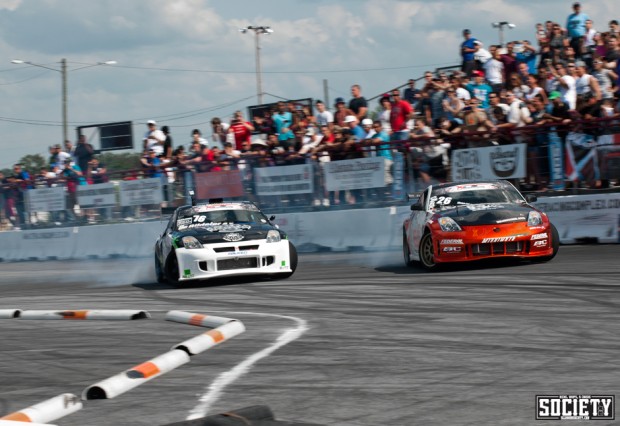 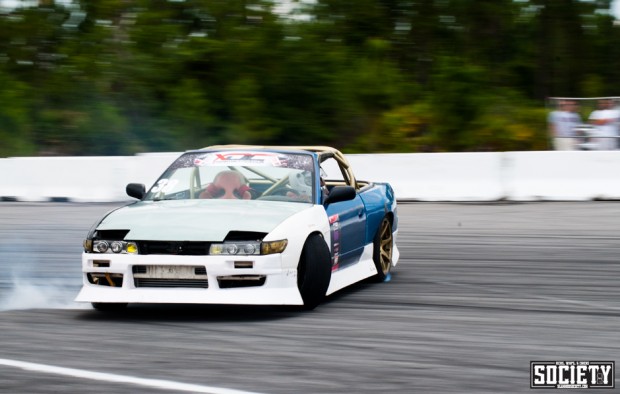 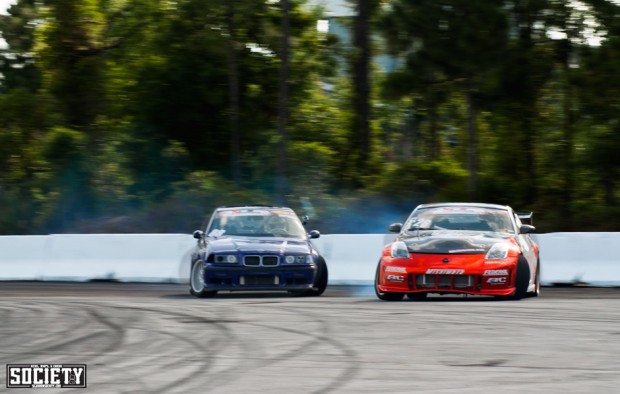 DeNofa and Waldin locked together in the final round. 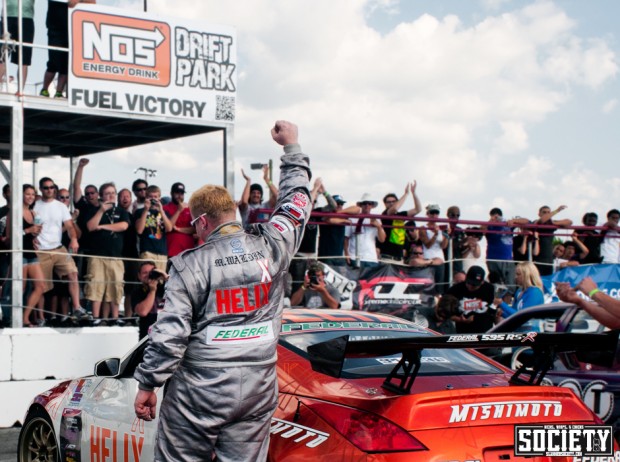 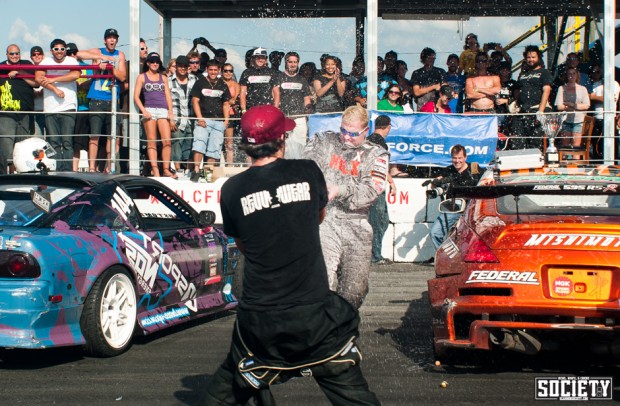 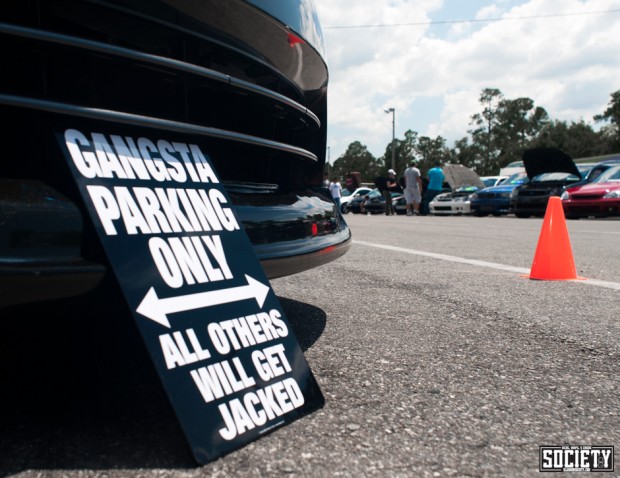 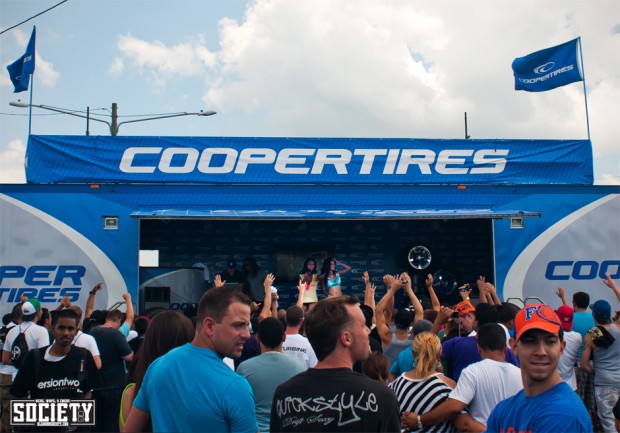 1 thought on “XDC Remix Round 3 Orlando”