They had all arrived in Asia in 1994 for the inaugural round of the Formula Asia Championship and all three ended up remaining in the region.

Goddard managed the championship winning Toyota Alabang Formula Toyota and Corolla Cup teams in the Philippines before moving to China to run the successful Ericsson China Formula 2000 Championship. Asian Formula Three was the next step, the series running from 2001-2007.
Goddard was Asian F3 Driver Champion in 2002 plus he won many races driving in Formula Asia and Formula Toyota.

He had previously been a professional race driver in Europe in addition to being the Chief Instructor at the then World famous Silverstone Racing School. He was also the first F1 Safety Car driver, “leading” the 1993 Silverstone Grand Prix.

Hunnisett was a Formula car champion in the UK and went on to become a successful driver manager, taking Nicolas Kiesa and Narain Karthikeyan to F1. Quick engineered Porsche cars to several championship wins in the UK prior to arriving in Asia.

The team continued to run in Formula BMW until 2012 when Formula BMW was replaced by Formula Pilota Asia and finally Formula Masters Asia in 2014.

Many of the team’s graduates have gone on to become successful professional race drivers demonstrating the team’s training and coaching abilities are world class.

Current F1 drivers, Daniel Ricciardo and Antonio Giovinazzi both began their careers with Eurasia as did Filipino Marlon Stockinger.

In 2010 Eurasia joined the GT ranks winning the GT Asia Team Championship at their first attempt. The team went on to race and win with the Ford GT and Aston Martin Vantage GT3, winning the Blancpain Asia GT AM Championship with the latter.

Now successful Formula car and GT team also entered the first Asian Le Mans Series in 2013 going on to win many races in LMP2 and LMP3. 2015 and 2016, they saw the team can also compete in the European Le Mans Series and they have now competed in four Le Mans 24 Hours events. Potenzmittel Kamagra, Cialis Kautabletten zu bestellen in Österreich.

It is a truly world class team and its success is largely due to its Filipino race technicians. Goddard rates them very highly and cannot give them enough praise.

The team runs under a Philippine FIA License, flying the flag for the Philippines in races across the globe.
Eurasia is now aiming to become a truly global team with plans to race in Europe and the USA in addition to Asia.

At the moment in LMP and GT the budget to run the cars comes from the amateur drivers. At Le Mans this year the car was funded by our amateur driver who also paid for two professionals to drive alongside him. “Until we can find team partners we have to rely on driver funding” reports Goddard.
“The most important factor in building a successful race team is the people. You can have the best car and equipment but you will not succeed unless you have the best people to run the car” states Goddard.

“We see many new teams funded by a wealthy patron but most quickly fall by the wayside as they spend on equipment but not on the people”.

“After Le Mans we have been asked many times “Why no Filipino drivers?” The answer, according to Goddard, is that right now there are no active drivers with the necessary experience and budget.

After a few years in the doldrums Philippine motorsport has begun to grow again with grass roots time attack style events blossoming and Vios Cup plus FV1 becoming resounding success stories. However all is on hold during the current pandemic but every cloud has a silver lining and in this case its Esports. It is by far the most affordable form of motorsport and the hope is that it will attract new talent to the sport in the Philippines.

“The Tuason Racing Organization has to be applauded for bringing Esports to the Country. I am certain there are guys or girls out there with the talent of a Lewis Hamilton and I hope Esports will help us find them” states Goddard. “The key is to then raise the financial support to allow them to compete at an international level in the real thing”.

Eurasia is entering a two car team in the new E1 Asia Pacific Esports Championship which is aimed at serious drivers.

“We want to pick two Filipino drivers and if they prove they have the attributes needed to help them to graduate to the real thing, with a view to one day racing with us in Le Mans. It all depends on the financial backing being raised” says Goddard.

As what Mark Goddard said, Philippine Motorsports has begun to grow through grass roots and time attack style events that promote the sport. Even on E-Sports there is also a way to identify and cultivate talent.

Motorsport has a lot of room to grow, now that more platforms are available such as Radical Cars and Formula V1 are available in the Philippines.

Only Time will tell who are the Next Filipinos taking those seats at Eurasia’s Racing Team. 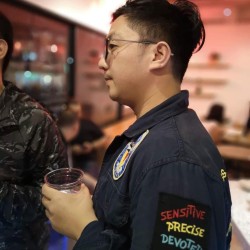